Is it possible to drive a procedural texture eye from a shape key?

I used 'FaceIt' to create some shape keys that also control eye movement. Since my eyes are procedural, I used dummy spheres for the eyes to bind the rig. The dummy eyes move fine with the shape keys, but I'm stuck on how to create a driver in my procedural eye based on the shape key. Is it even possible?

Thanks for any insight or help. 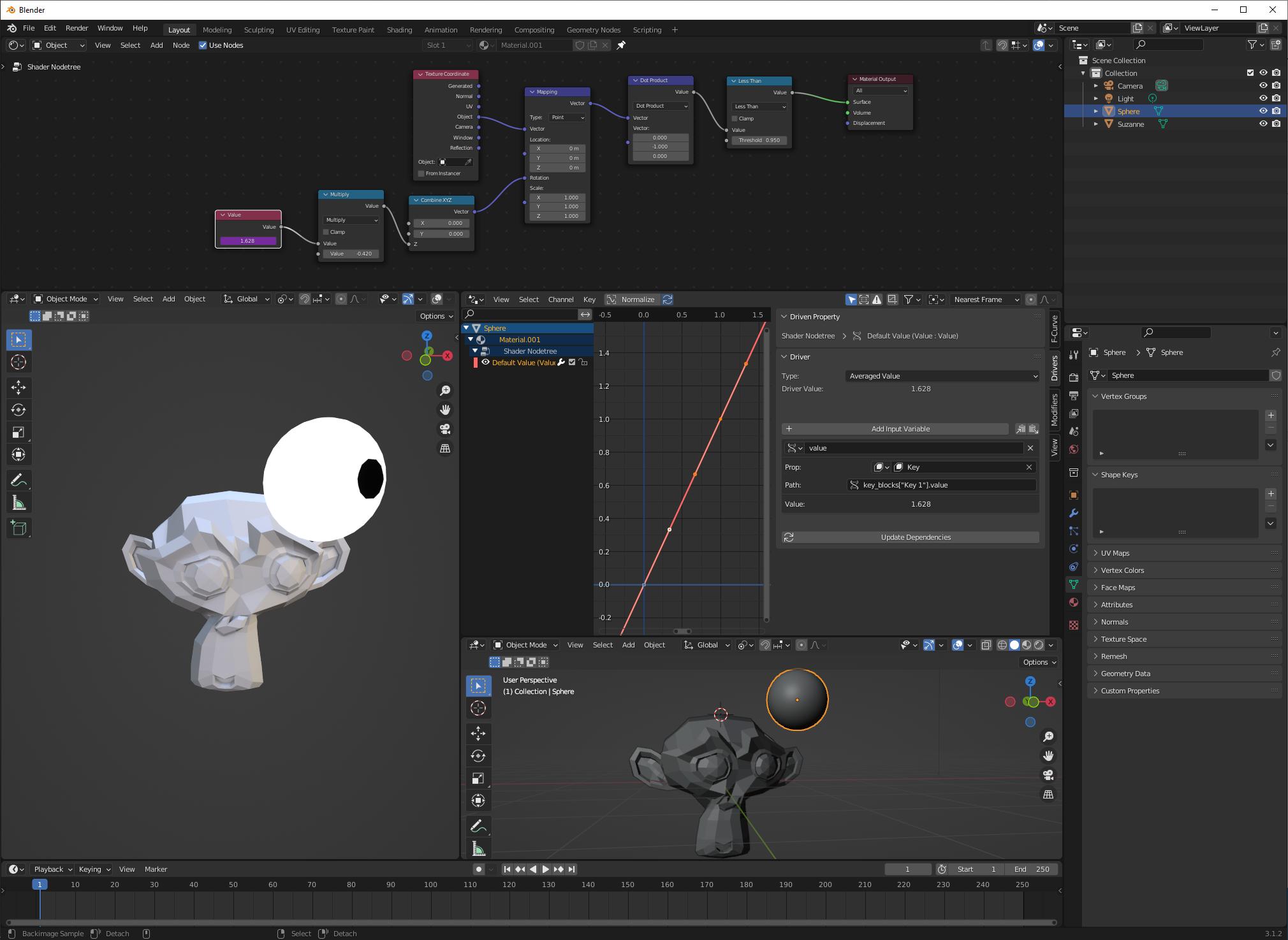 Here, I'm using the shapekey's value to drive a value node which eventually makes it into the rotation of a mapping node, which rotates the object coordinates of my simple eye.

I simply right clicked on the shapekey value, "copy as new driver", right clicked in my value node's field, "paste as new driver." You can see I'm not doing anything fancy with that driver, just using nodes to map it and make sure it goes where it needs to go.

I have to say additionally that this is probably not a good way to do things. I would much rather parent an object-coordinate-procedural eye to an eye bone that tracks vertices on the mesh, or drive the shapekey from the eye rather than driving the eye from shapekey. But, again, I don't know what you're doing, it might be something weird, so maybe this is the exception.

Not the answer you're looking for? Browse other questions tagged rigging drivers shape-keys procedural or ask your own question.