I'm working on a pair of cargo pants in blender, as shown in the image below. I wanted to ask what's a good way to maybe maybe the selected bits on the pants emulate an elastic band (also pictured for reference. 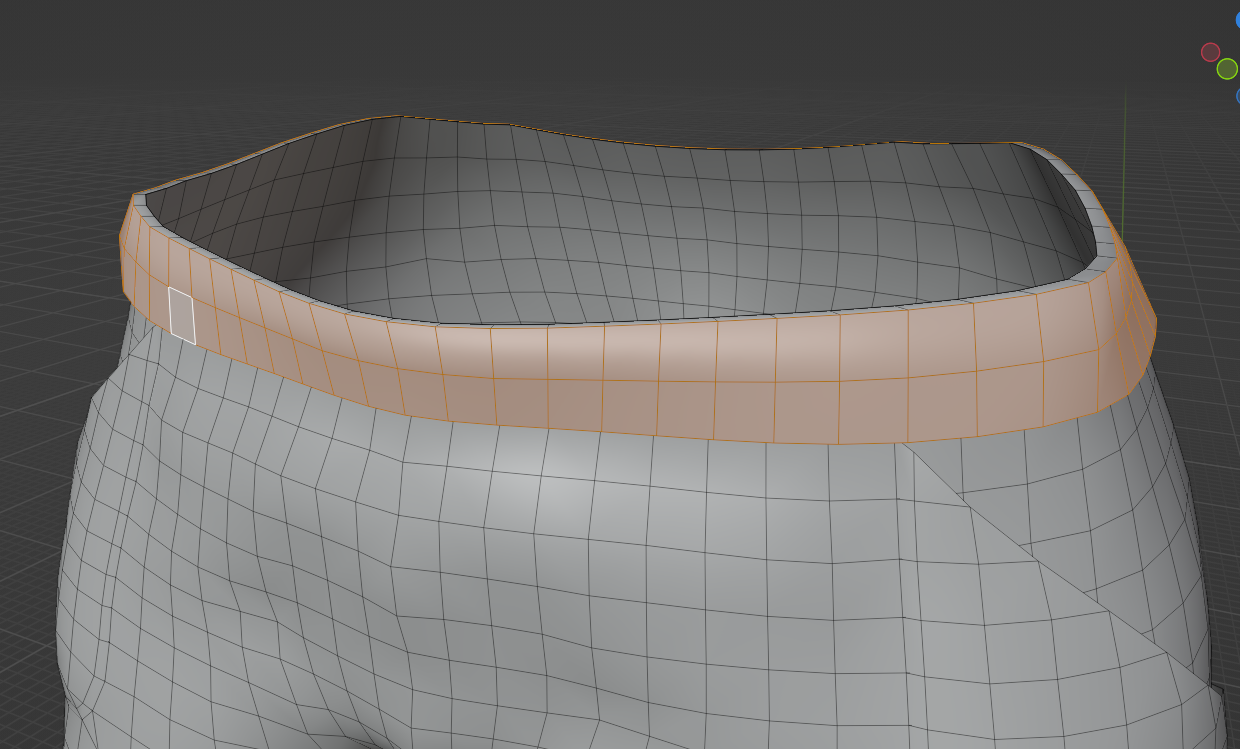 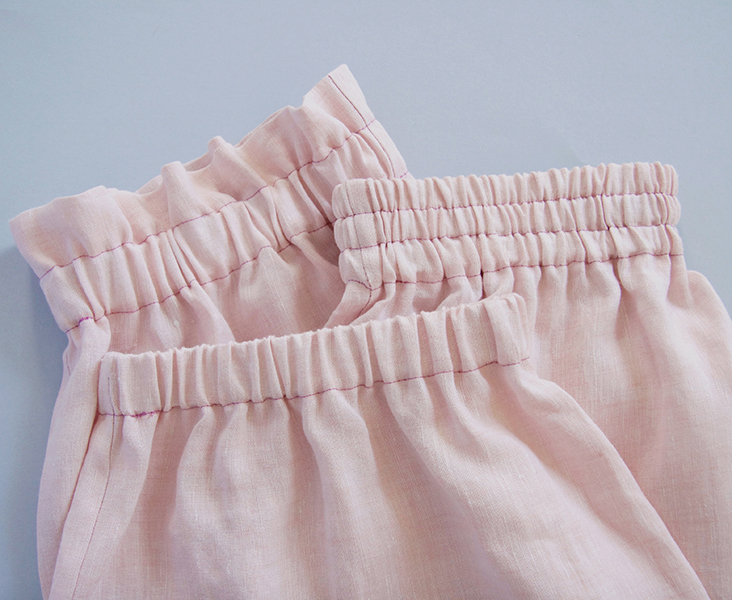 modeling mesh
Share
Improve this question
asked May 16 at 17:55

You can get fairly close with this kind of approach. Totally procedural, aside from modelling the initial segment.

Add a cylinder, give it like 64 sides, no end caps, give it a fair amount of vertical edge rings, enough so that each individual poly is basically a perect square. then turn it on it's side, and scale it to where it's tall and skinny on the Y-axis, something like this. Then pull in two of these edge loops to serve as the seam. Its also probably possible to do this with a single curve and then extrude it, loft it etc. I just went with what was easy. 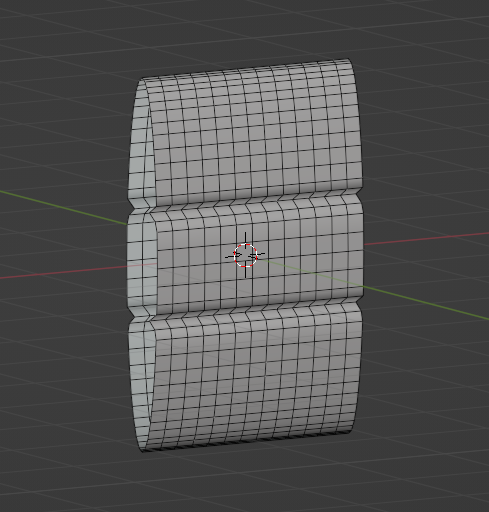 Then add a subsurf with one or two levels of divisions. Followed by an Array modifier with however many instances you want (this depends on your project and use case). Make sure to set the vertices to Merge. 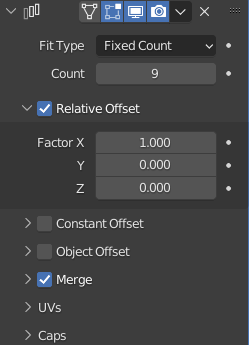 Add a Displace modifier, set to use a texture. Go to the texture editor and use a Wood texture, which gives you a bunch of different kinds of sine wave functions. Change the Pattern to Band Noise. We want the size of this one to be kind of big. Something like these values worked for me.

Then duplicate that displace modifier, duplicate it's texture too, by clicking this button in the texture editor.

Increase the distortion, and make the waves a bit smaller, about twice as small as the previous texture, something like this.

In both of these displace modifiers you'll want to set the coordinates to Object. Then add an empty and you can use that to easily control the alignment and size of the noise.

Then I added a Simple Deform Bend, just to put it into a ring shape. You could also use curve deform or something like that for a more organic shape. 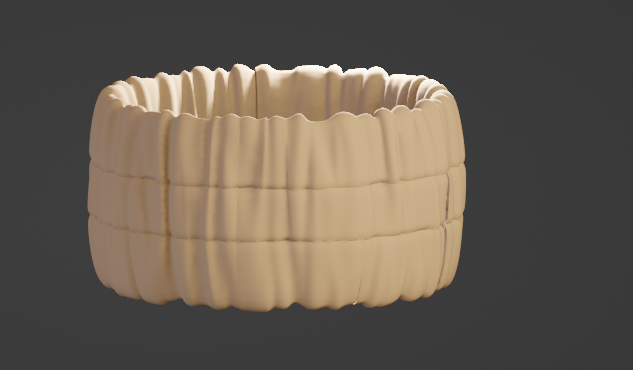 3
How to model a tessilated hyperbolic dodecahedron?
14
What's the best way to deal with zero-area faces that break normals
19
What's a good strategy for designing a room with multiple objects in it?
0
Creating Holes in Cylinder for Lightsaber
0
Can I create deep divots in my mesh using sculpt brush? Is there a better way without booleans?
2
What is a good way to make large stylized caverns/caves?
0
My background reference image isn't showing within blender?