Change the Color of two materials with One group-node

I want to change the color of two Materials with one group node.

just a Glossy BSDF for the color inside a group. 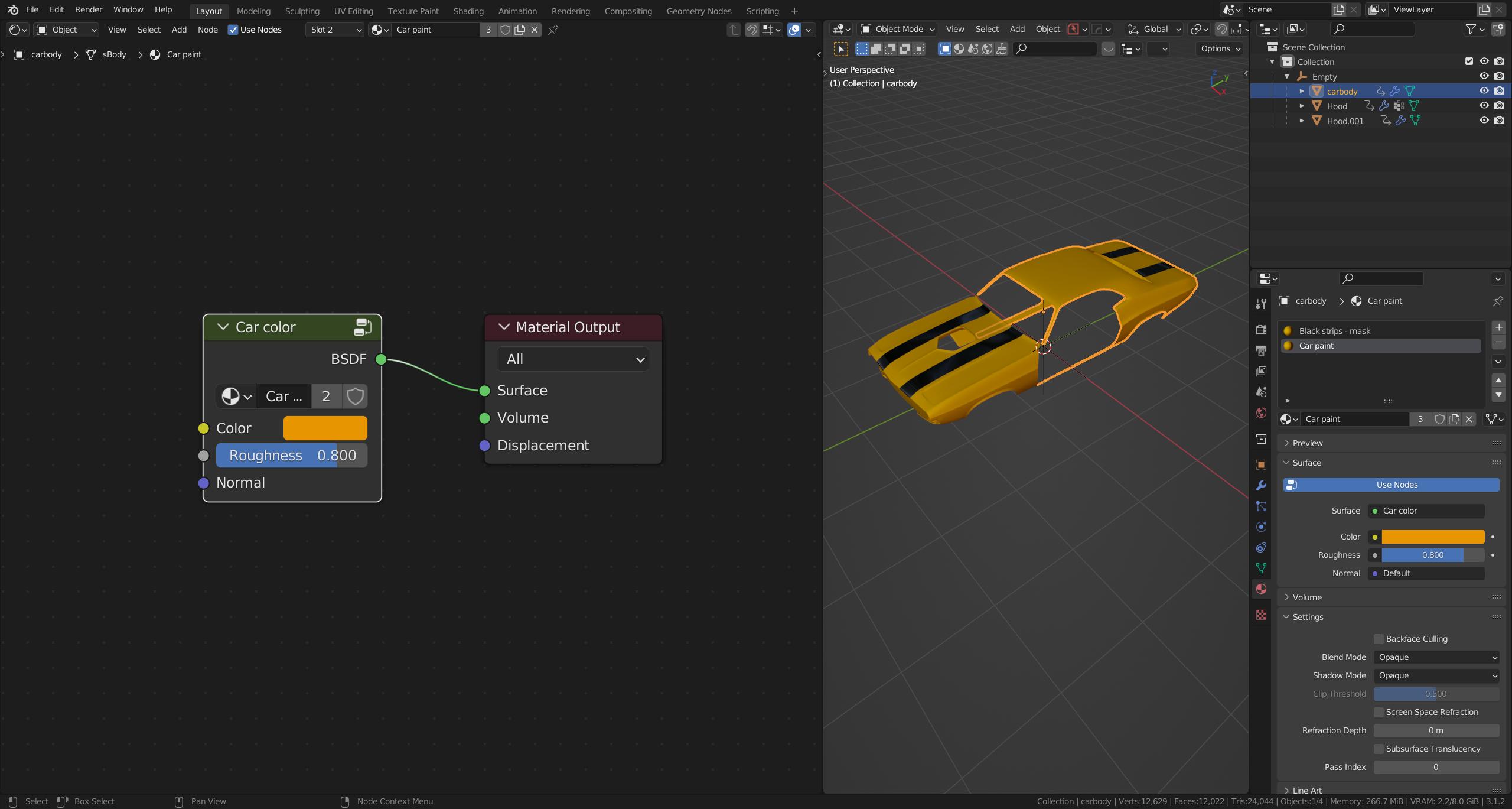 A Black & White mask in the fac of the mix shader. In the mix shader the Color group from first material and a glossy BSDF to change the strip color. 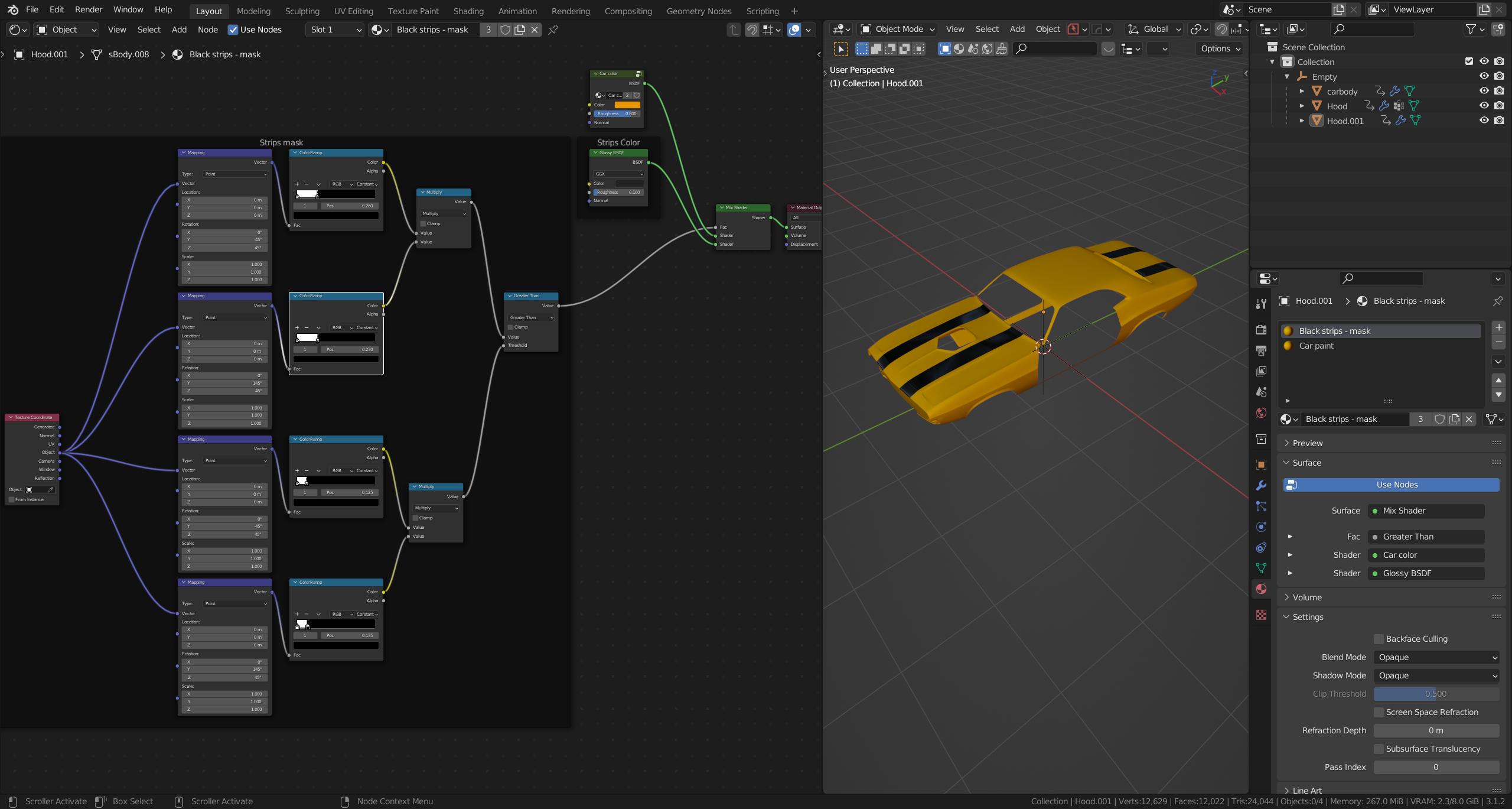 I assigned the first material (Car paint) to those parts where I don't want the strips to be. 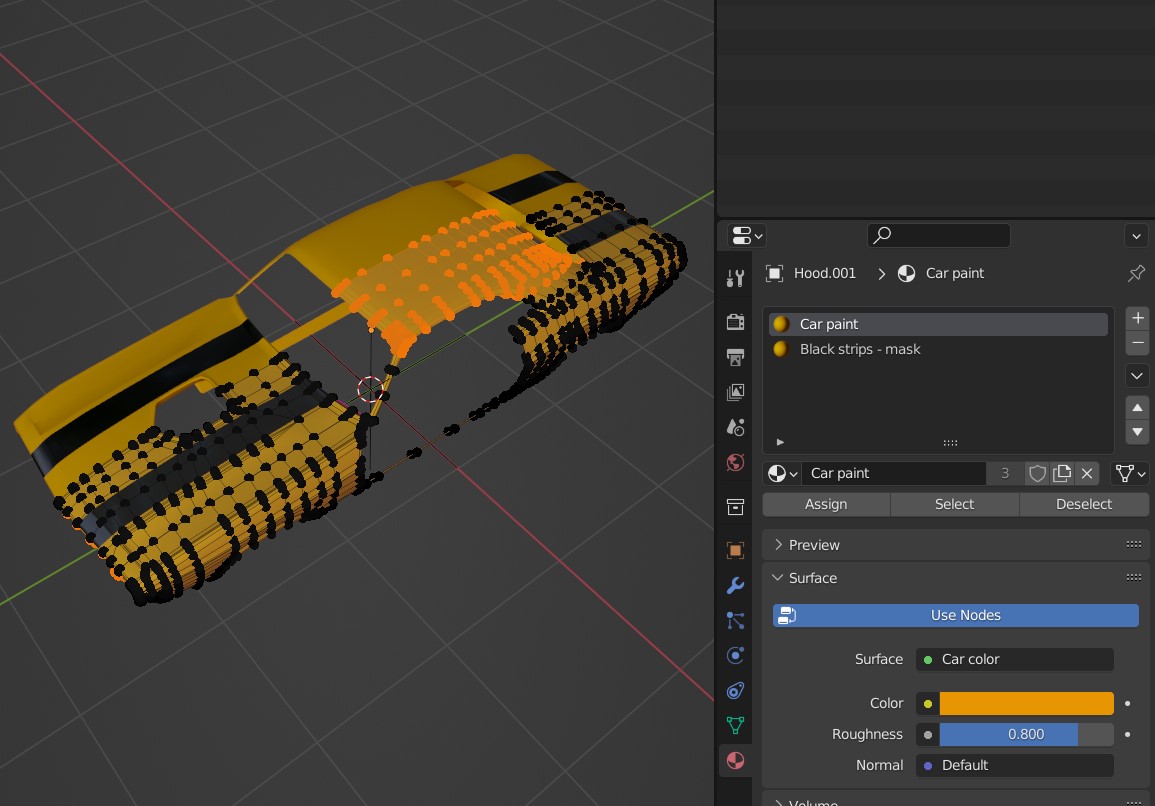 And my problem is that the color I change on the input of that group don't sync with each other:

It is not quite that of a problem but I just don't understand why the group inputs don't sync with each other like when I'm inside the group. What makes changing the Color for both materials at same time impossible in side the properties window in the materials tab. Maybe my setup is just wrong for the kind of result I'm looking for.

So my question is why the Group Inputs don't sync with each other? And would there be a other way to achieve the result I'm looking for?

Node Group (Color Sync) - to changing color in all instances - open node group and change color inside the group. It is designed in that way and that is how you benefit from it ... so you are using it correctly. 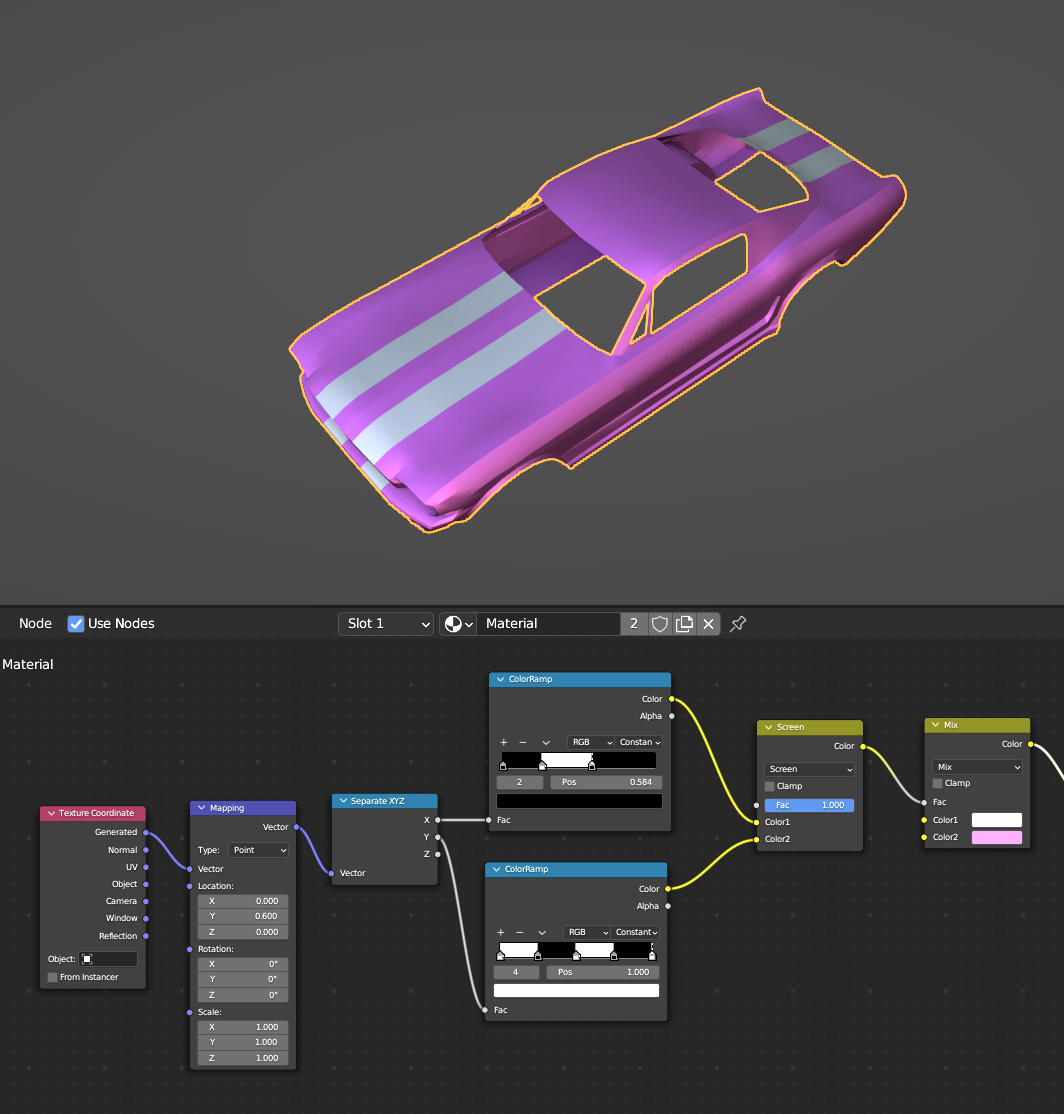 Or you can mask strips on Z axis, that is even better to cut strips at bottom part :) 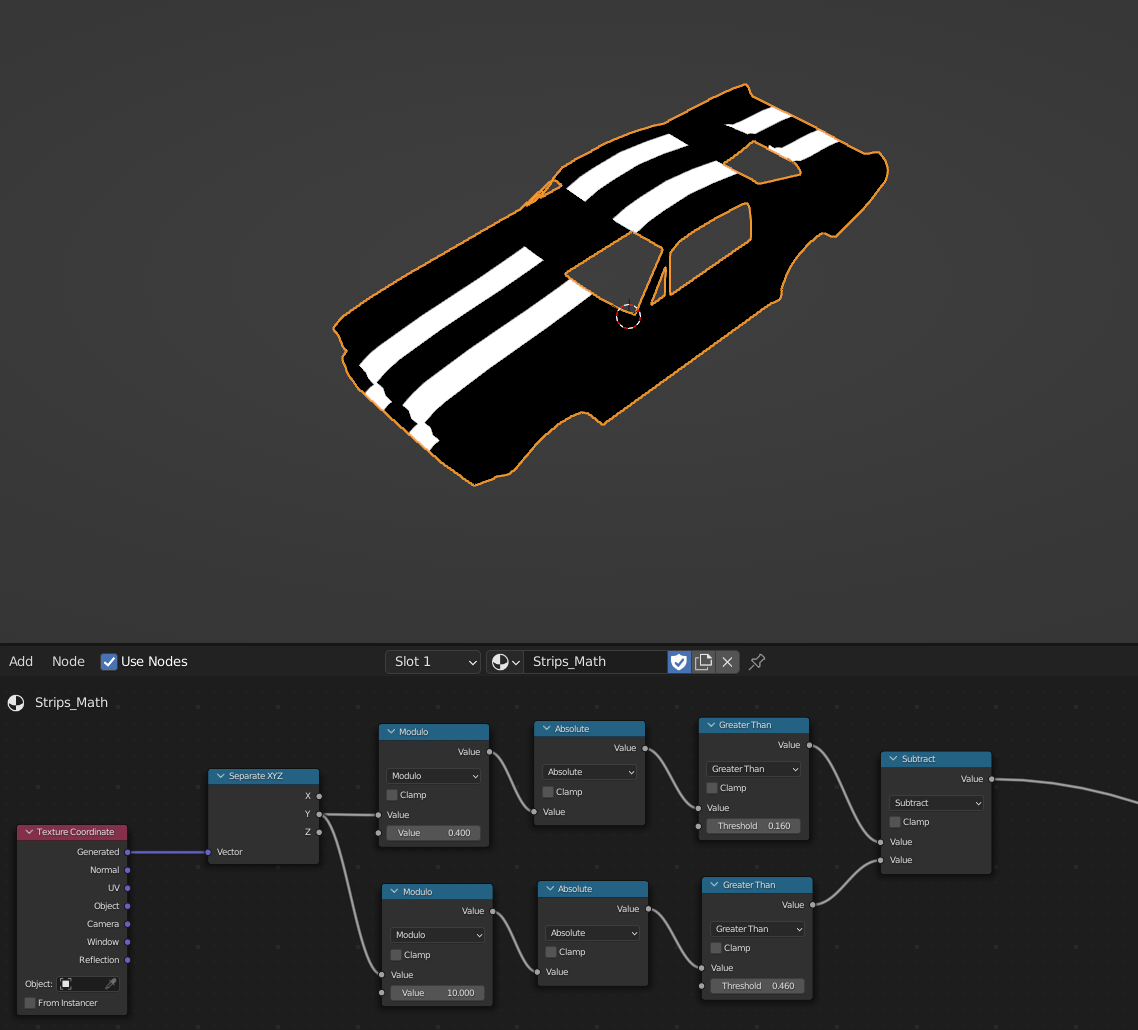 When closed into Node Group can be controlled by two values ...

You can create this effect a million times easier if you do something like this. 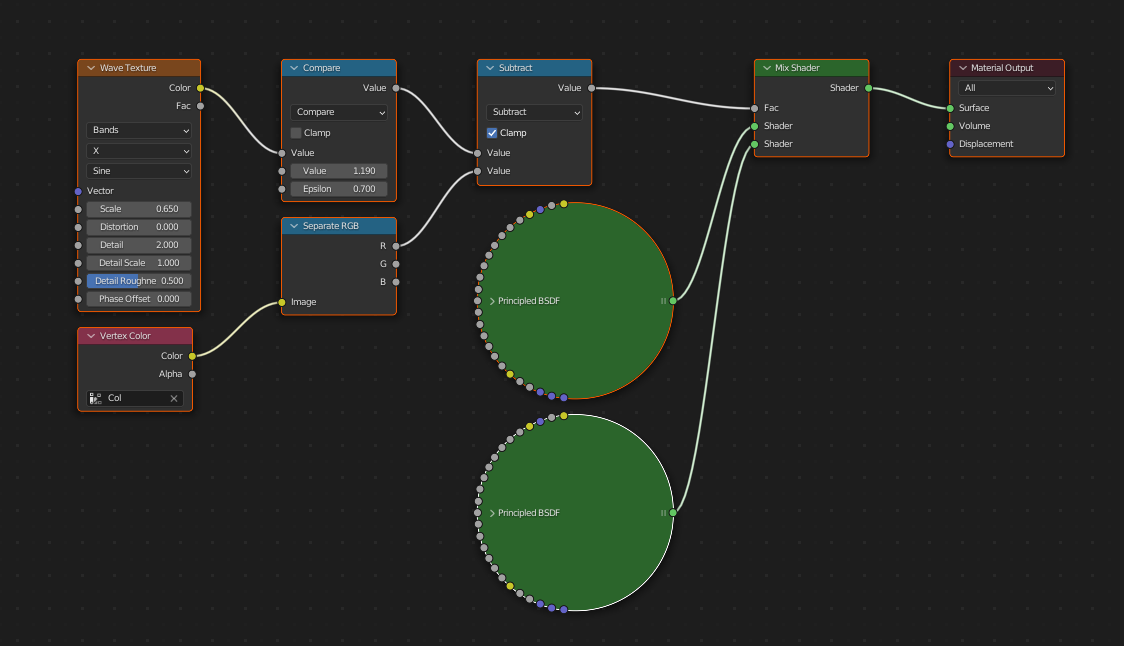 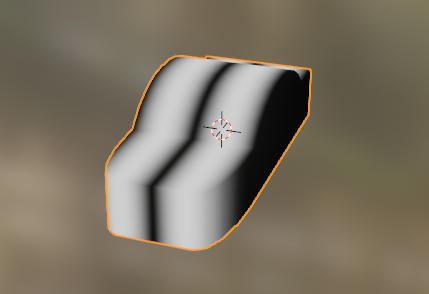 Compare node allows you to select a certain slice of those sine waves.

Then create a vertex color mask to subtract the parts we don't want from the stripe mask. If you select certain faces in edit mode, then click this button in Vertex Paint mode:

... it will allow you to fill (Shift+K) only the selected faces. Then Ctrl+I to invert, X to invert the color and fill with black.

Then subtract that from your stripe mask. 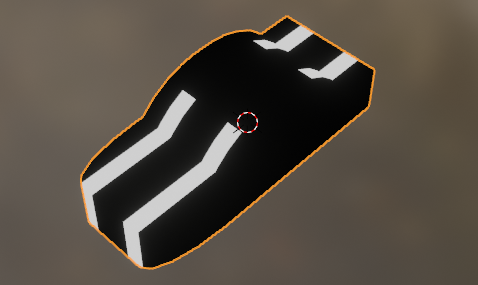 Then you use this as the Fac for your two shader colors and voila!

This way you can keep it all in one material. And the stripes are way more procedural and easy to modify, much better than that crazy setup you got right now.

To answer "why the Group Inputs don't sync with each other?": It is because each material has its own instance (copy) of the group, and each instance has its own unique input. That's how node groups are designed to work.

To answer "would there be a other way to achieve the result I'm looking for?": There are many. Jachym Michal suggested several in a comment on your question

Jakemoyo suggested a different approach in this answer.

I'll describe the "another neodegroup" approach because it is closest to your workflow.

When you copy a nodegroup to a material, the inputs are unique, but the interior remains the same. So, create a second nodegroup that has no input, consists only of an RGB Input node, and outputs the value of that node:

Give that nodegroup a name, perhaps "Base Color".

Hook it to the Color input of your existing node group, in both materials. I didn't duplicate your setup, but here's an example using the node group directly as color input. 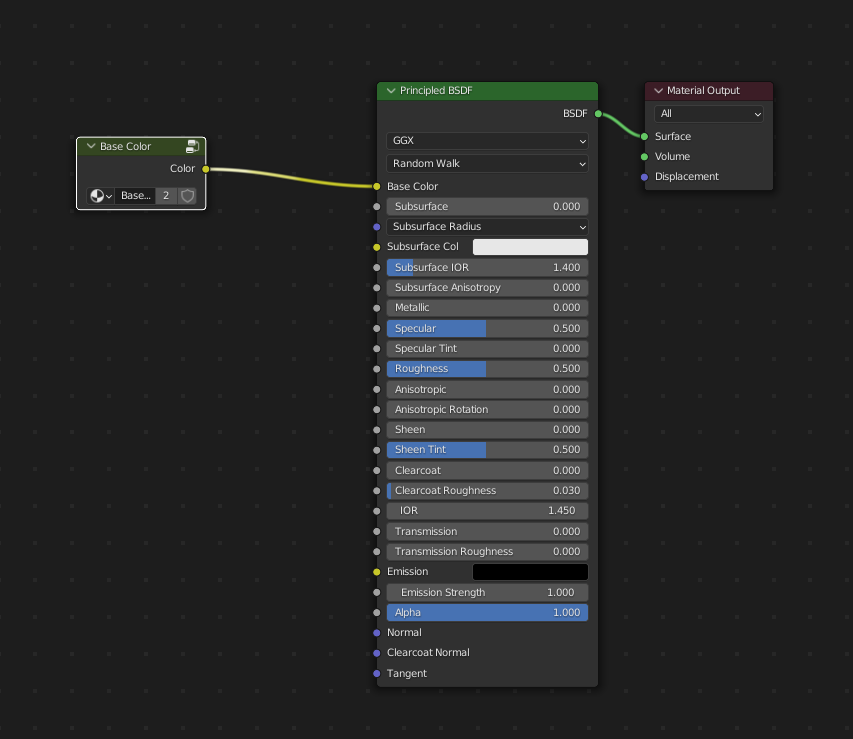 Here's an example similar to the stripe material 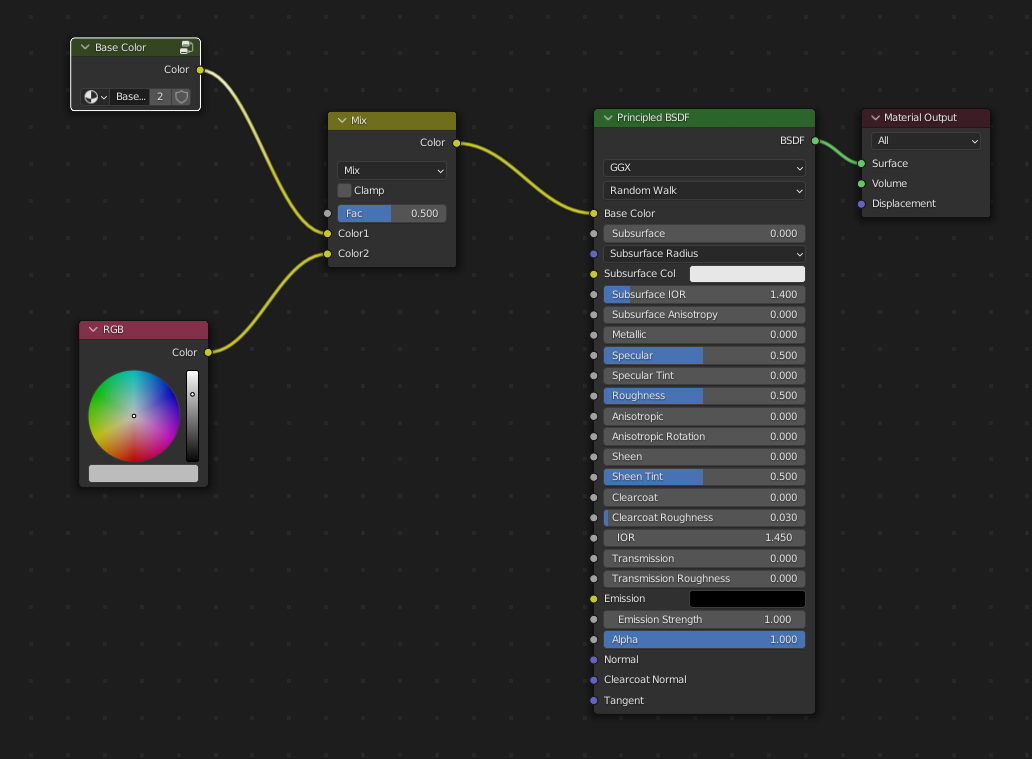 Note that I'm just plugging the new nodegroup directly into the color slots of the shaders, but you would plug it in to your existing nodegroup; not changing anything else.

Now, when you want to change the shared color, select either material, open the nodegroup, and change the color in the RGB Input.

Not the answer you're looking for? Browse other questions tagged materials node-editor shaders or ask your own question.