All Object Transparent with X-Ray Mode Off 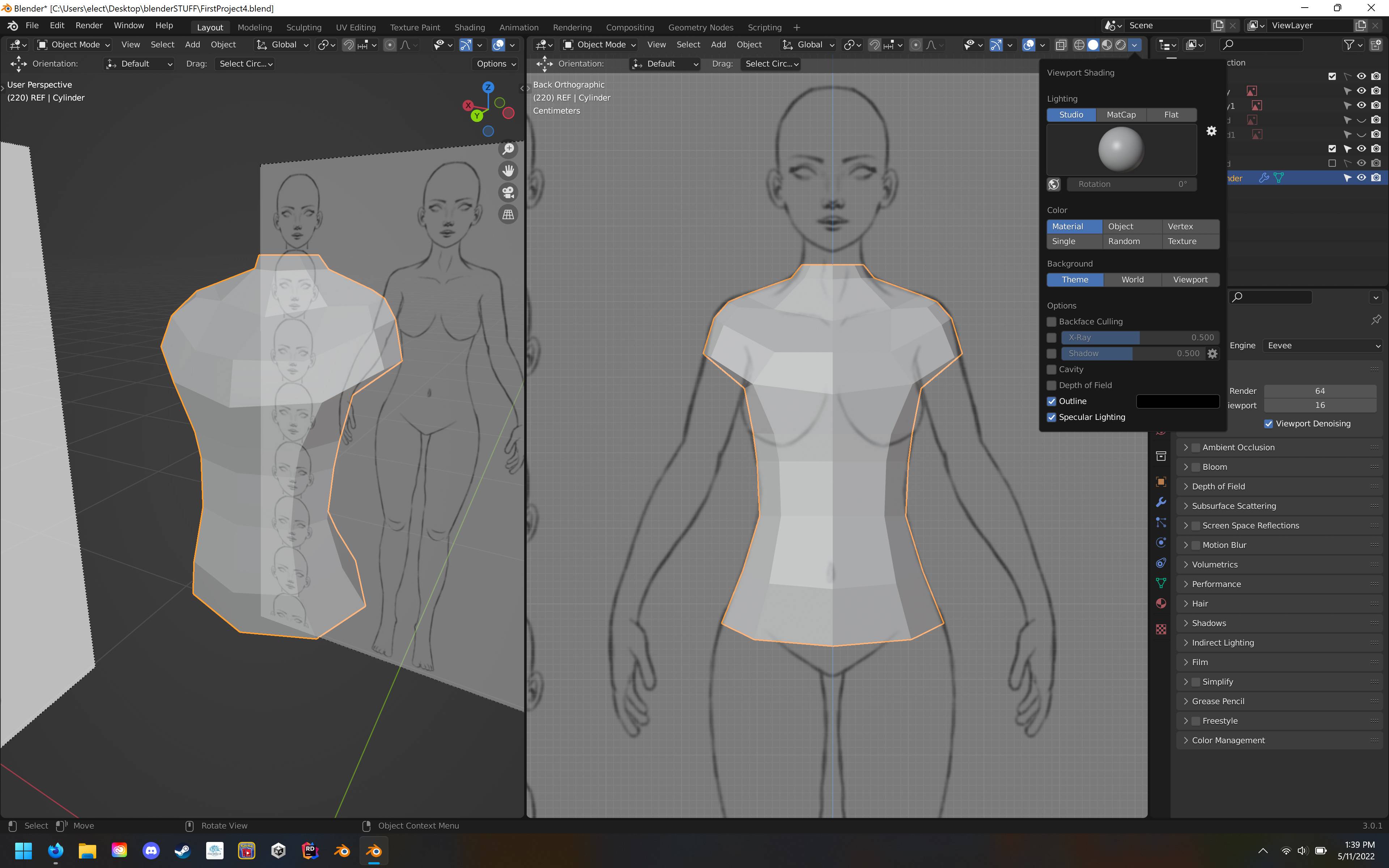 My Current Project with opacity of the reference turned down even lower than the tutorial. 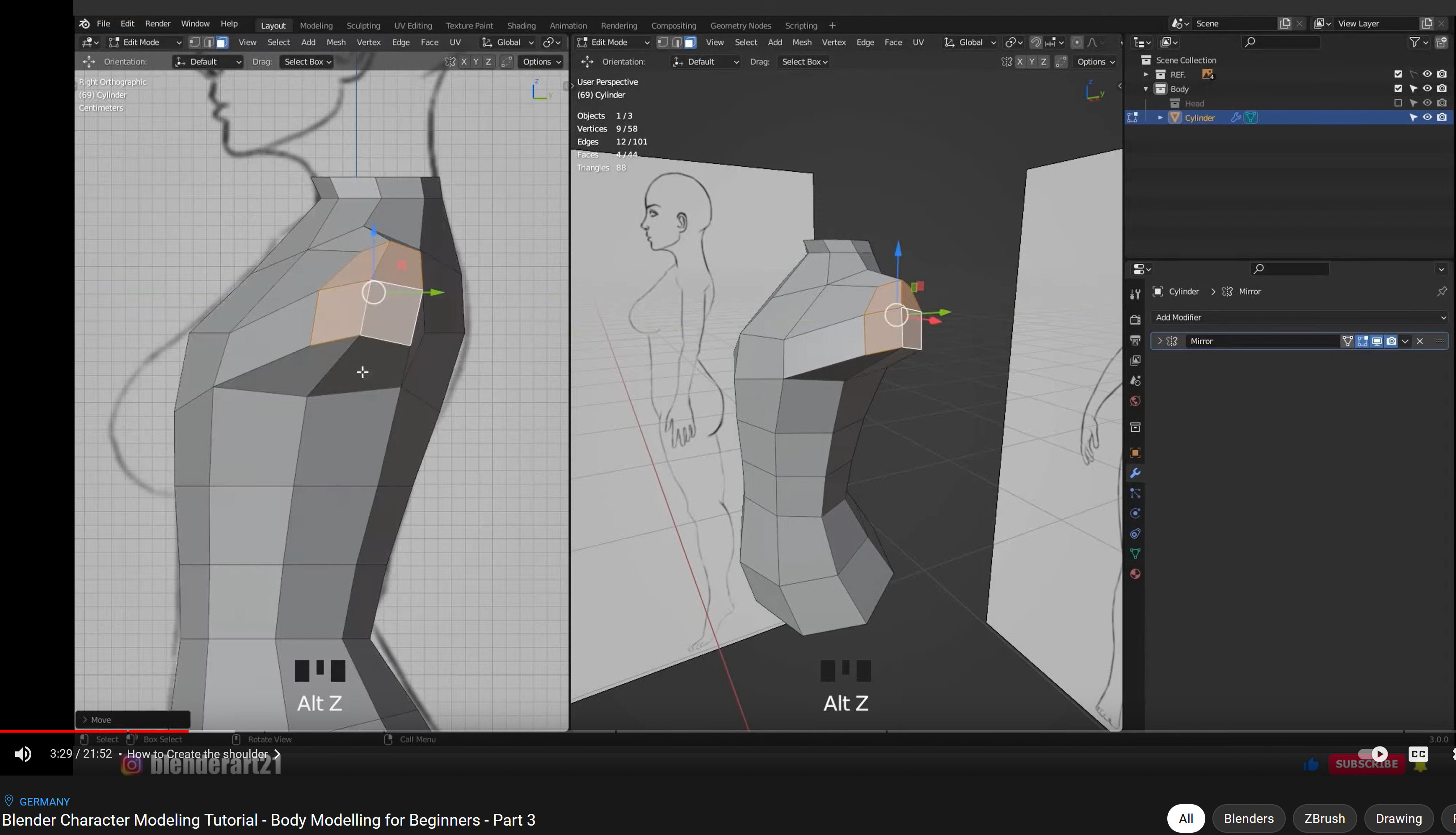 A screencap from the tutorial showing that his is not transparent.

I have been following a modeling tutorial by “Blender Art” on YouTube. I finished the head model and started on the body tutorial before taking a break for a couple weeks.

My issue is when I came back to the project today, my cylinder object I am using for the body is transparent like I’m in X-ray mode. When I turn on X-ray mode, it just turns a lower opacity of transparent.

I have saved 5 versions of this project as I progressed just in case something went wrong. This issue doesn’t plague my first three versions, only the most recent two. This includes the finished head that I saved as a separate file and haven’t touched since. When I loaded up the project it was just like this. When I try to add new objects, they are also like this. I started a new project, and it works as intended with normal transparencies. I also tried to compare my settings between the two files and could not find any differences.

Things I’ve tried that I found online: turning on and off X-ray mode by clicking the manual button up top, through hot keys, and within the “viewport shading” menu. I’ve also turned on and off the “backface culling” button and checked the transparency option in the material panel. Removed the material and reapplied. Started a new file and copied over the parts. Restarted the system as well. Thank you!

modeling transparency
Share
Improve this question
edited May 11 at 18:54
KingCheez
asked May 10 at 20:57

It seems your images has depth setting in front mode. Set back to default: 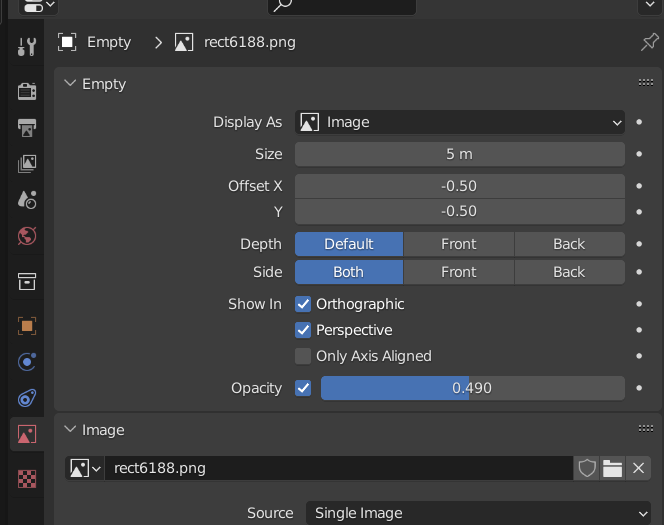 Not the answer you're looking for? Browse other questions tagged modeling transparency or ask your own question.

0
joining multi objects in blender to make one object
2
Bizarre Outer Shell on a model? Only Appears in pose and object mode
2
Why is my object black in rendered shading mode?
0
How to get better rigging view
1
Right click won't bring up the Object Context Menu
1
Selected meshes vanish when in object mode
1
Clipping glitch on models
1
Transparency Material Gradient not showing in Eevee