Masking not working in compositor or image editor

What am I doing wrong, where it states "RH" in the RH Alleyway compositor group, there is a wall which should cut off the white circular highlight, for testing purposes I have cut off the circular highlight even more in the image editor with the mask drawn, yet in the compositor nothing is happening. I want to use the mask to subtract from the image (or alpha channel) so it cuts off. This mask will need to be animated or assigned to a track marker to keep the wall occluded by the one in front of it.

Edit 1: I have also tried a set alpha node and plugging the mask into that and it also doesn't have any effect on the layer.

Edit 2: So I managed to get the following mask test working:

The next question is how do I plug it into the full comp, no matter how i've connected it, the circular highlight still shows in full, or not at all, below is how it is at the moment unconnected under the RH Alleyway group: 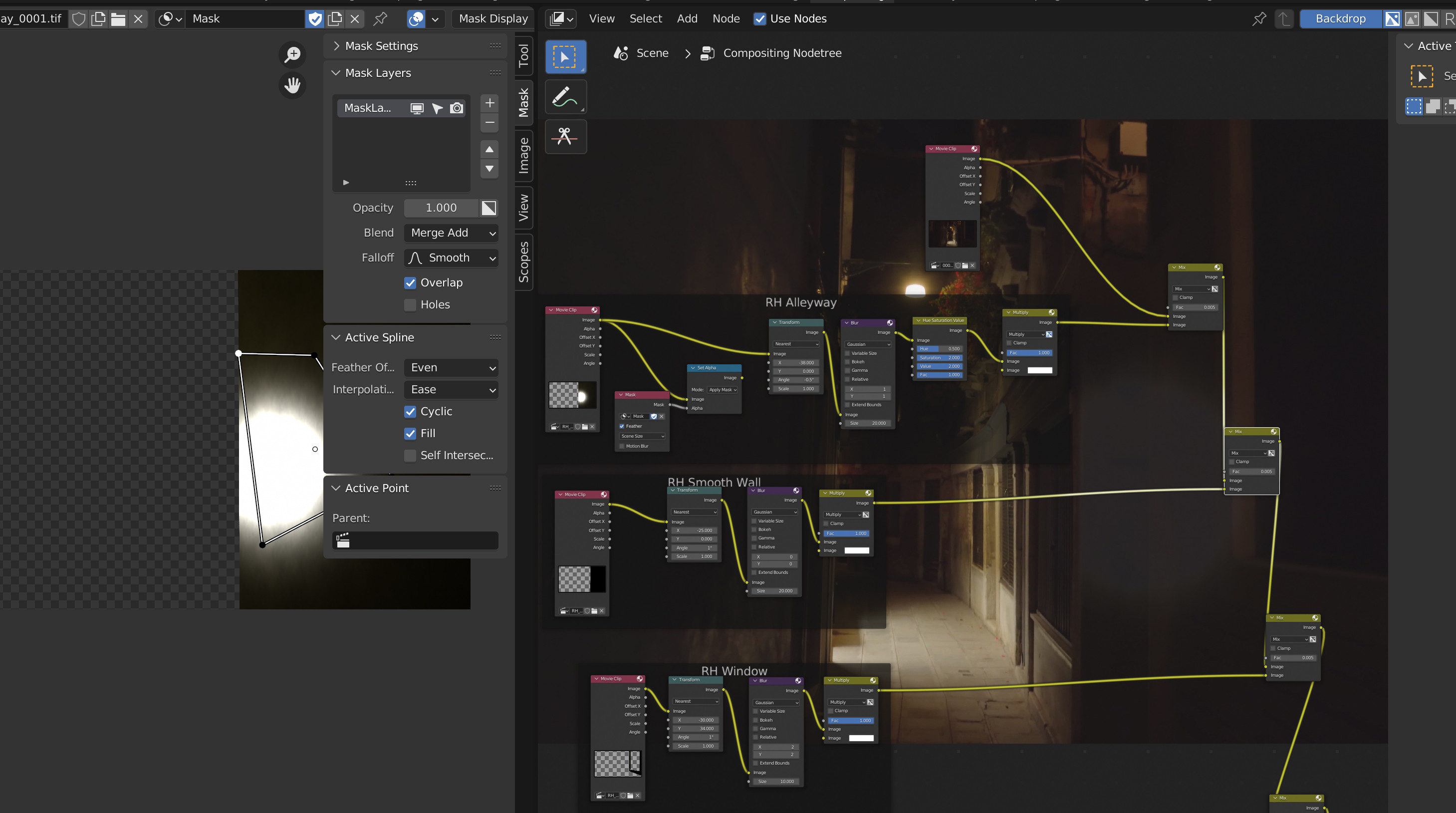 Alpha Over allows you to layer B over A using either B's own alpha, or C as an alpha: 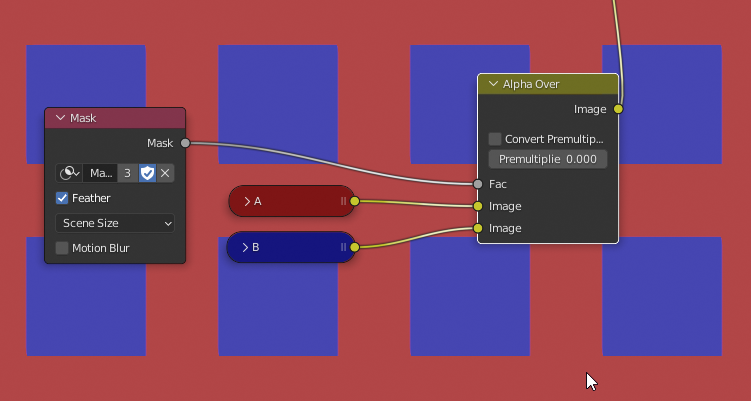 Whereas Set alpha will allow you to set the alpha of B using C: 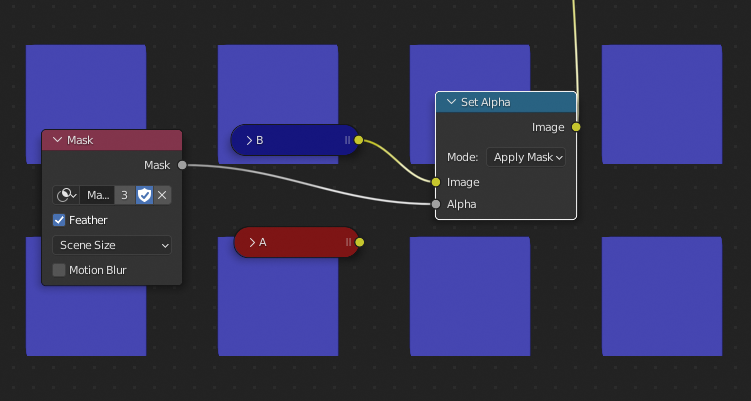 Which then requires you to afterward layer A over B, which you can do with another Alpha Over: 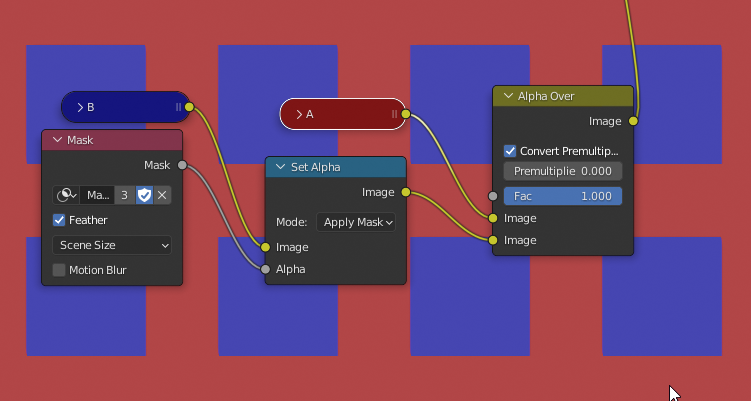 Or with a mix rgb node with the alpha button enabled (in blue): 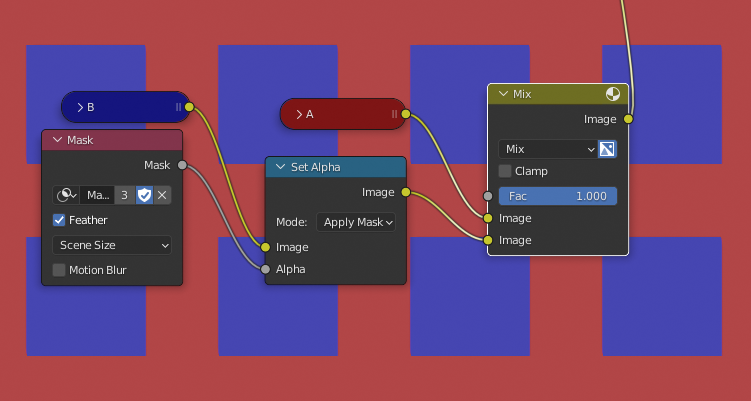 But you can simplify that last setup by removing the set alpha, and use C as the mixing factor instead: 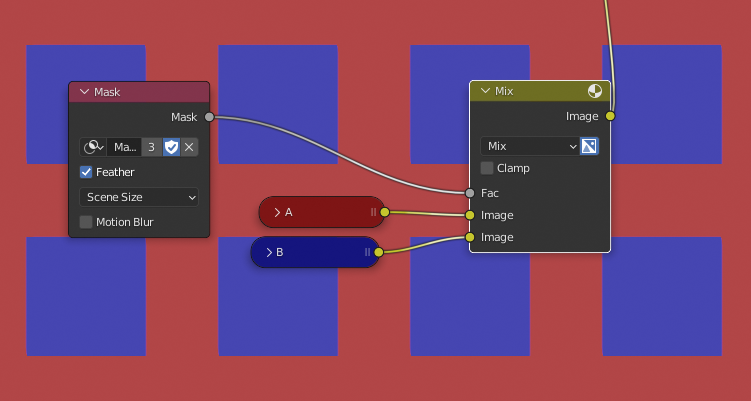 About the Mask node, be careful about the "scene size" option, that means the node is fit according to the scene's output resolution, so if you intend to use it on a picture whose resolution is different, or more precisely isn't the same ratio, you might want to change that option to "Fixed".