How can I convert two numbers to 0 - 1 range in Driver Scripted Expression?

I'm sure this is simple, but everything I've tried hasn't worked.

For Hulifier's solution, here is how it looks in my particular use case: 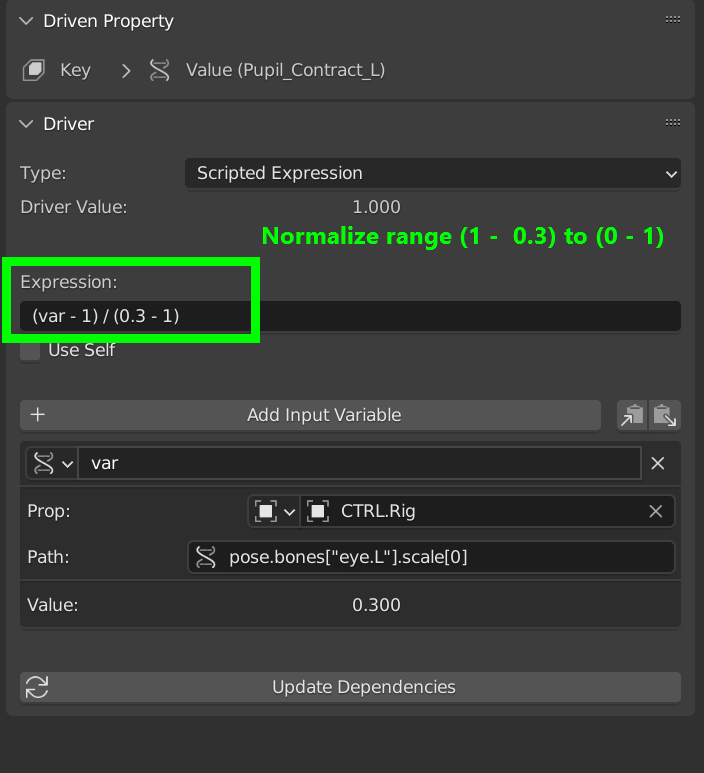 The result is a value between 0 and 1 if v is inside the range.

Although slightly more time consuming to set up, you can also do this with just the F-Curve of the driver since it's a simple value mapping.
Doing it this way will make your rig more lightweight than using a Python expression since the graph curve will be evaluated anyway.

The images and shortcut keys below are for Blender 2.79, but work the same on 2.80 and up. 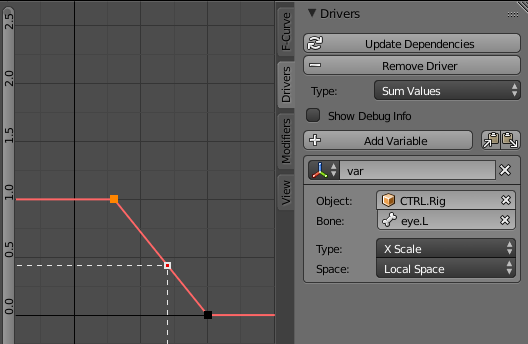 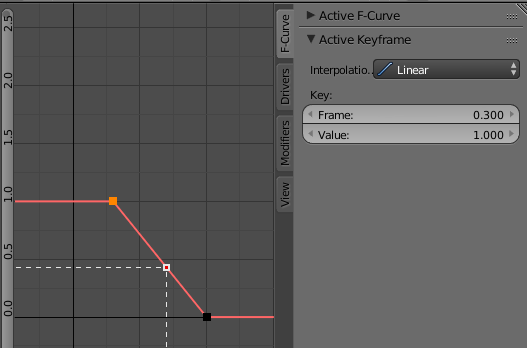 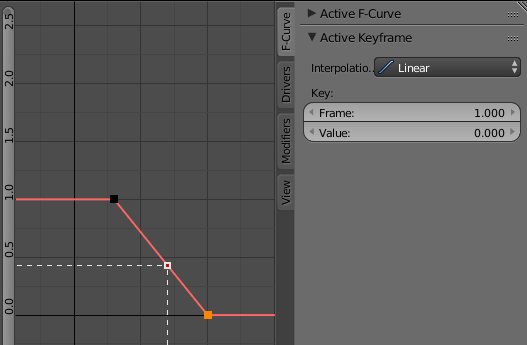 PS you can use the View tab to place the 2D cursor with precision and use the (I) key to create new keyframes on the driver curve at that cursor location.

Not the answer you're looking for? Browse other questions tagged drivers shape-keys or ask your own question.