I've got a camera with a follow path constraint: 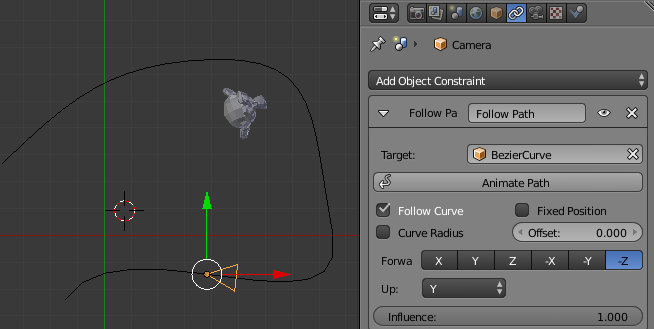 I've tried parenting the camera to an empty, and tracking to the empty. The idea was that the empty would come along for the ride with the camera, but it could be moved off toward Suzanne as it gets close to the corner.

With the following constraints the camera follows the path, with the influence of the Track To the camera can be directed to the target object. The influence can be keyframed by hovering and press I. 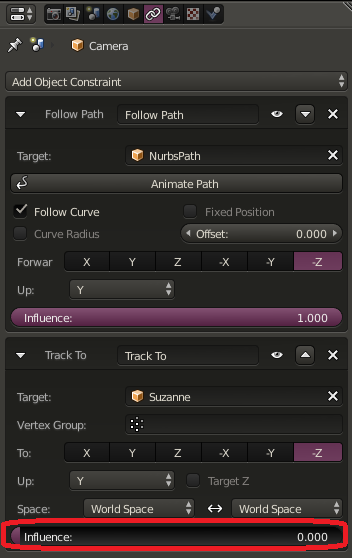 9
How can multiple Curves be used to control Camera movement?
5
How to lock object rotation along a path
2
Motion Tracking - Link track to empty and move camera instead of empty
3
Follow Path interpolation problem: numerical instability?
0
Block camera roll while following path
0
Interpolate motion between motion track keyframes
0
Blender camera with follow-path constraint does weird turns along curve
1
How? Follow path and change camera's track to from one object to another