How can I rotate the grid instances radially?

I have this scene in where the trees are falling down in a radial fashion: 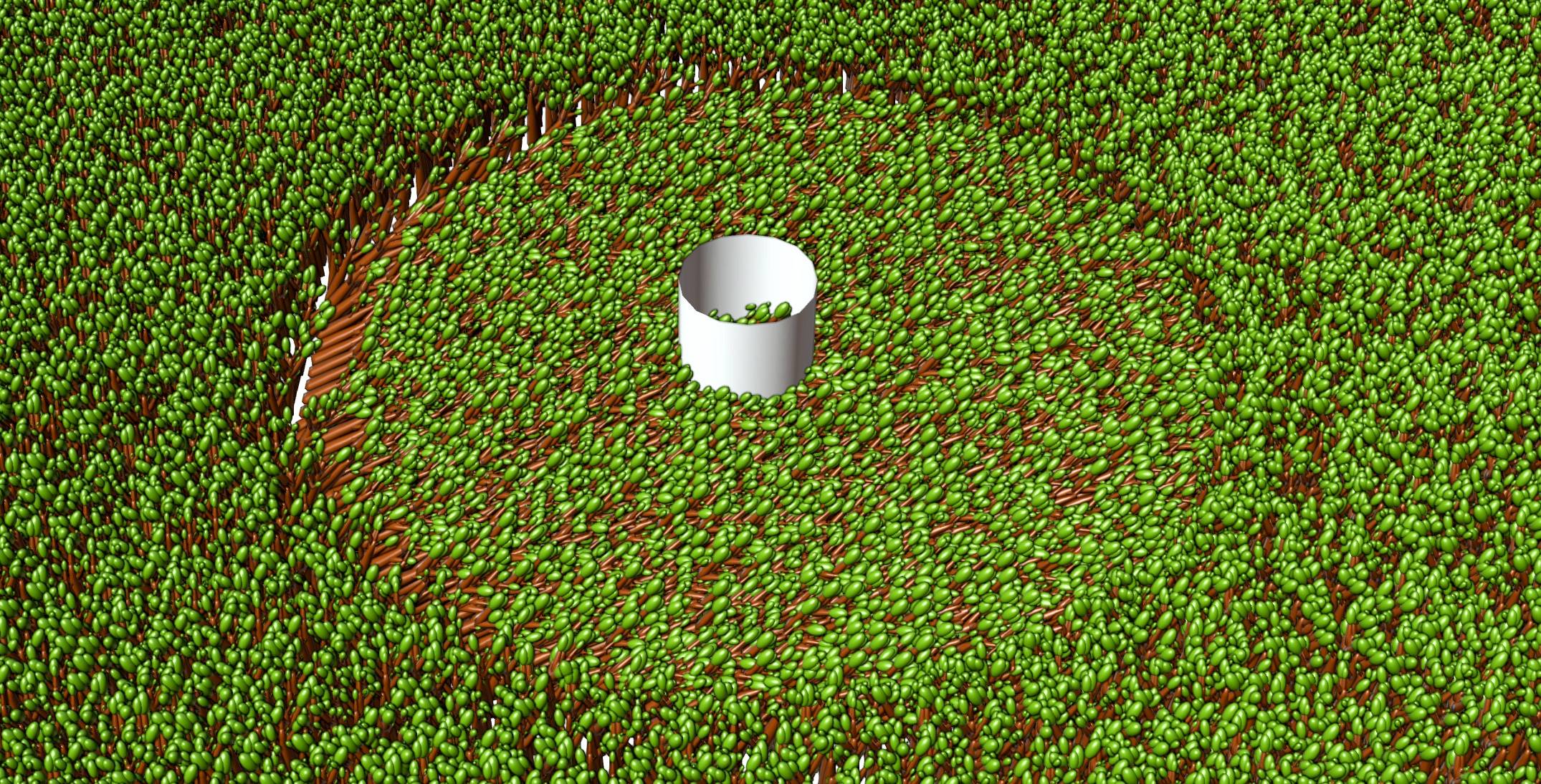 How can the Z-axis of the trees to be aligned so that the trees would fall like so: 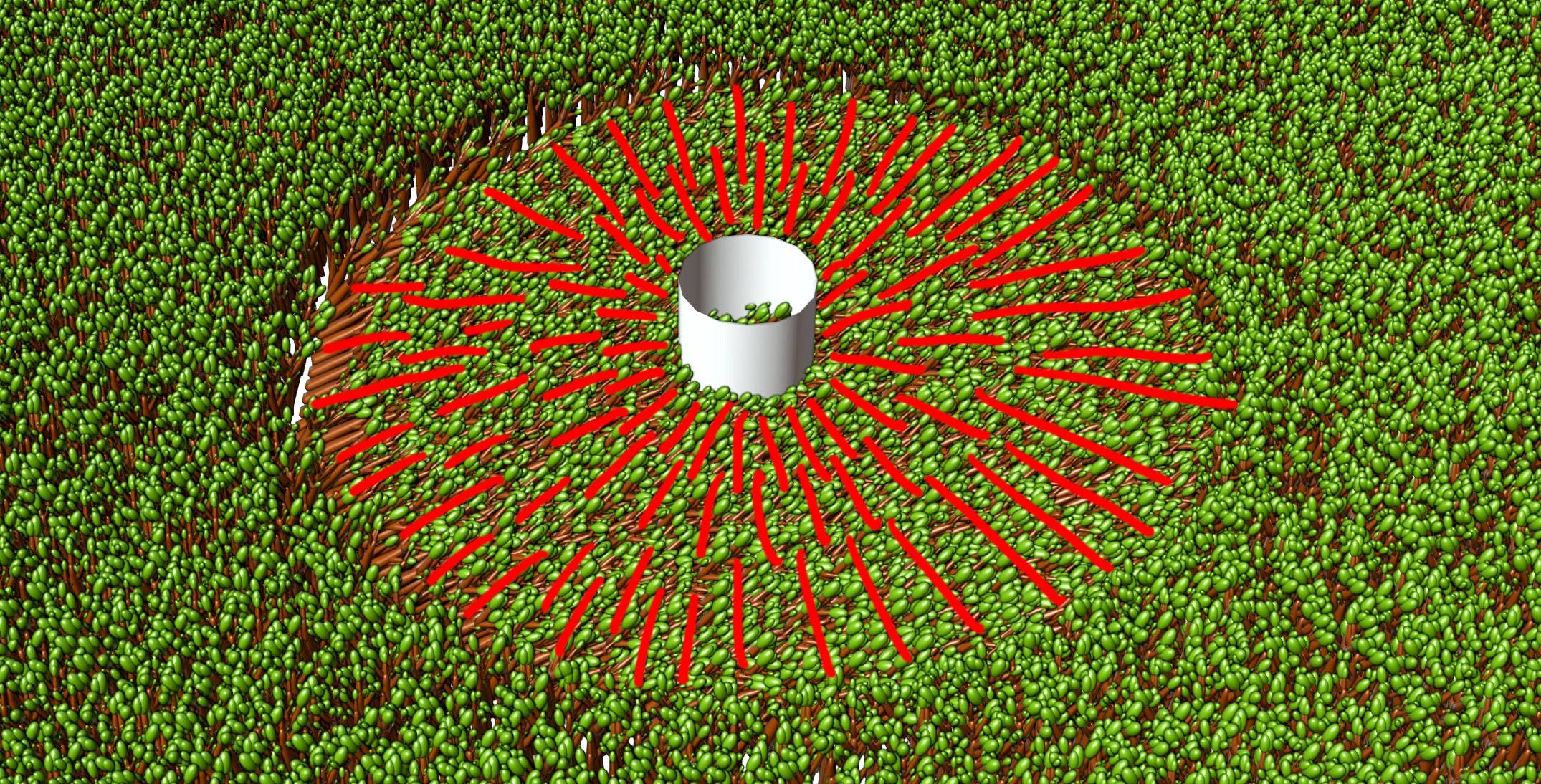 You could subtract their positions from the central cylinder, align them to that vector, and take the Z value from that alignment. Object Info should be in Relative mode: 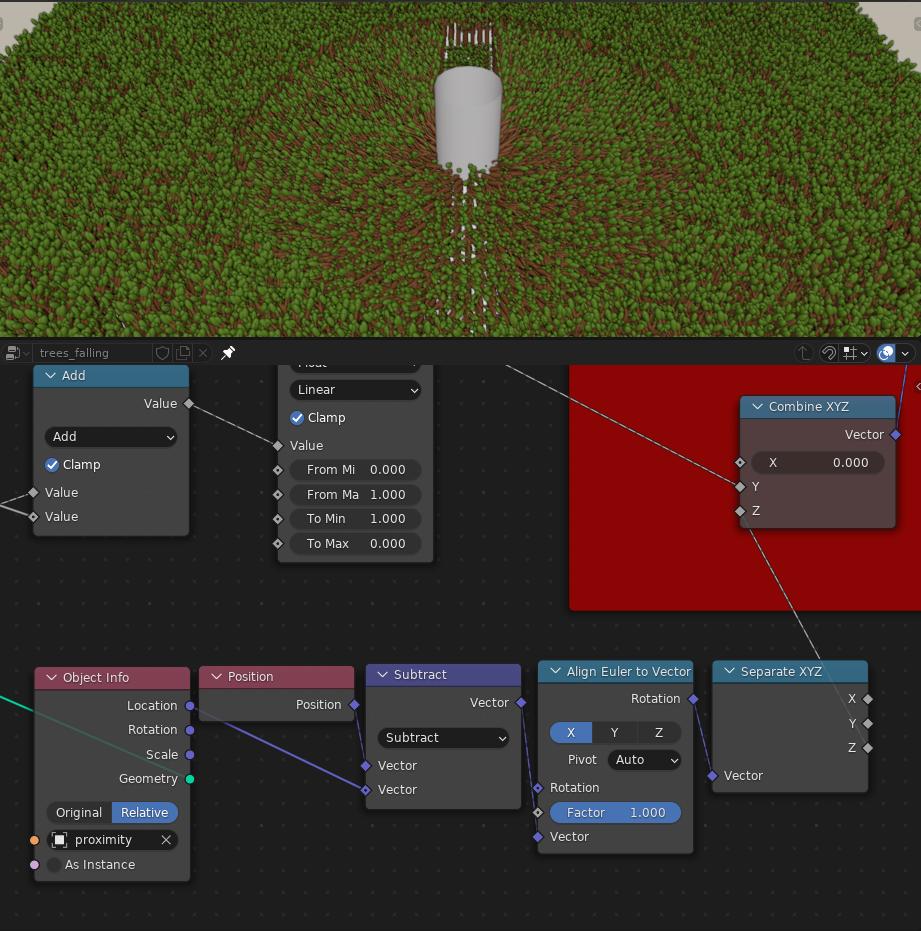 Because you're using a grid for base distribution, that creates "river"s of blank space though, maybe you'd like to scramble their initial positions first? If that's something you'd like to get rid of, obviously.

Update: Noticed that one part of the circle was pointing the opposite way with my setup. That's because of your proximity object's Z position not being $0$. Resetting its position gets rid of it, but if it's, say, a spaceship landing in a forest it'll have to have a Z height so to permanently solve the problem, you can "flatten" the subtraction vector (by multiplying its Z value with $0$):

The difference to other solutions: With this variant, you also get a soft curve (controllable with the Float Curve node) when the trees fall, and the angle can be limited to a certain range!

If you use Geometry Proximity to calculate the distance, you have the following options:

Here is an overview of the node group:

I also took the liberty of making a few changes to the node groups in your file:

The advantage of this restructuring is that it is not only more flexible and clearer, but also runs more performant and you can achieve more than a doubling of the frame rate (5fps with your variant, and 12fps with my solution).