So I was doing a fairly simple model of a Glock hand gun. I had already applied a mirror modifier to the model, that I had so far (which was the grip). Then I applied the subdivision surface modifier. At the point where the mirrored part of the model and the "real" part of the model met it collapsed inside of itself. Bellow will be a picture of the model. I would really appreciate it if someone could tell me how to fix this so I can get back to working on my model. Also the picture is the bottom part of the grip, it may looks like two smaller grips, they are supposed to form one. But like I said it collapsed in on itself. 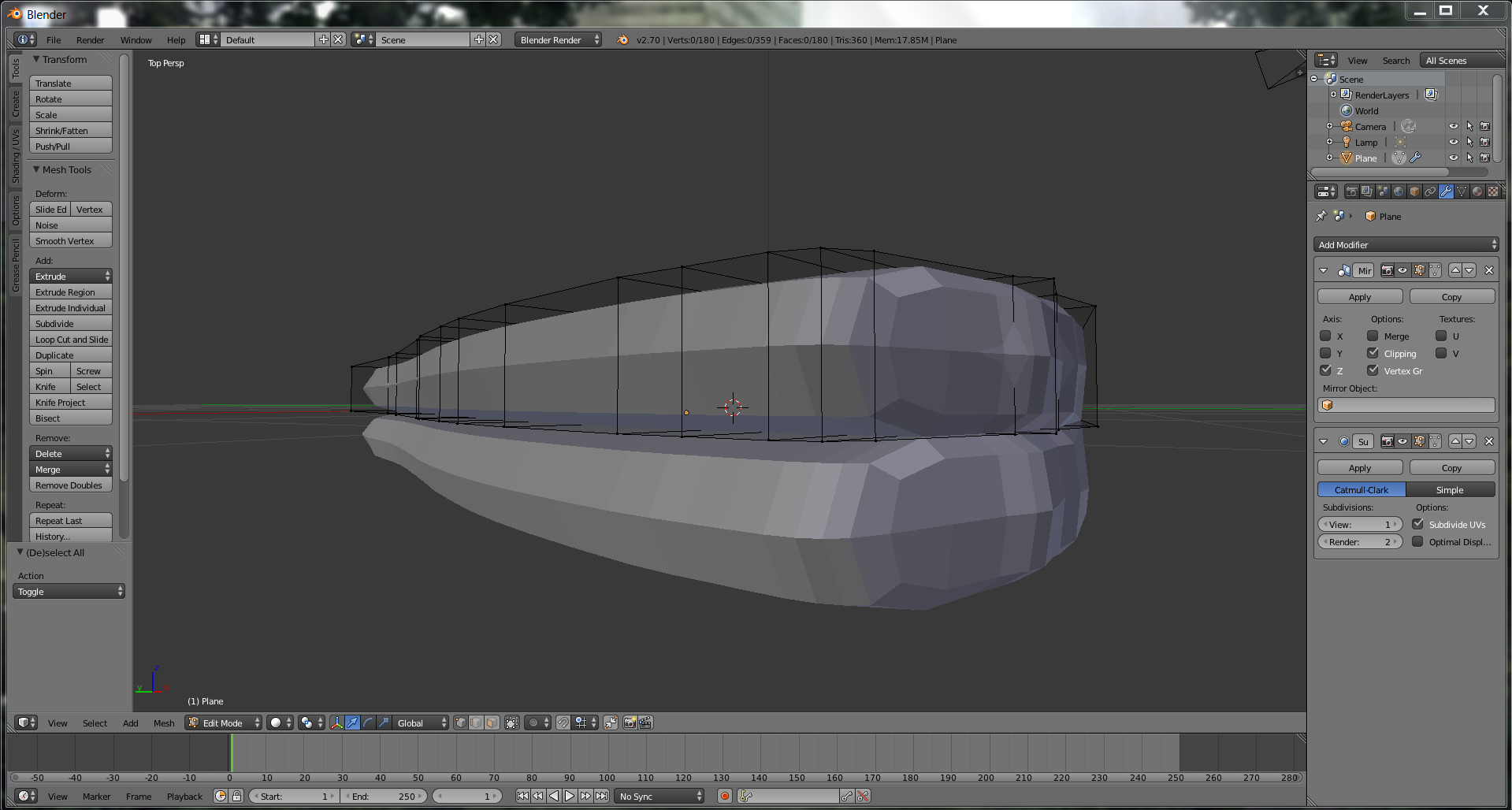 Your model seems to have faces at the border between the two halves, so to Blender it looks like they are separate.

2
The Subdivision Modifier Keeps Causing My Models To Warp Inside Of Itself
0
Multiresolution subdivide modifier on a mirrored surface causes a visible seam
2
Deforming a modified Mesh to Match a sculpted Mesh with an extra Subdivision applied
1
Model Deforms after applied the Mirror modifier
2
Alpha 2.8 - Mirror in edit mode
2
Are weird shading artifacts normal with the subdivision modifier in edit mode?
2
Shading Issues with the Array Modifier