Is there a way to merge multiple blend files?

I have around 100 separate .blend files that have one material each, is there a way to merge the materials from all of these blend files into one?

I am trying to do this to add the materials into the asset browser without having to merge them and add each material one by one, so I can easier manage my asset browser.

I'll assume that your files are placed in the same directory—or a couple of folders deep in the same directory. If so, in the file browser that pops up when you click File > Append, you can switch the Recursion level of your display to one of three levels to see all append-able data blocks present in the .blend files from that folder: 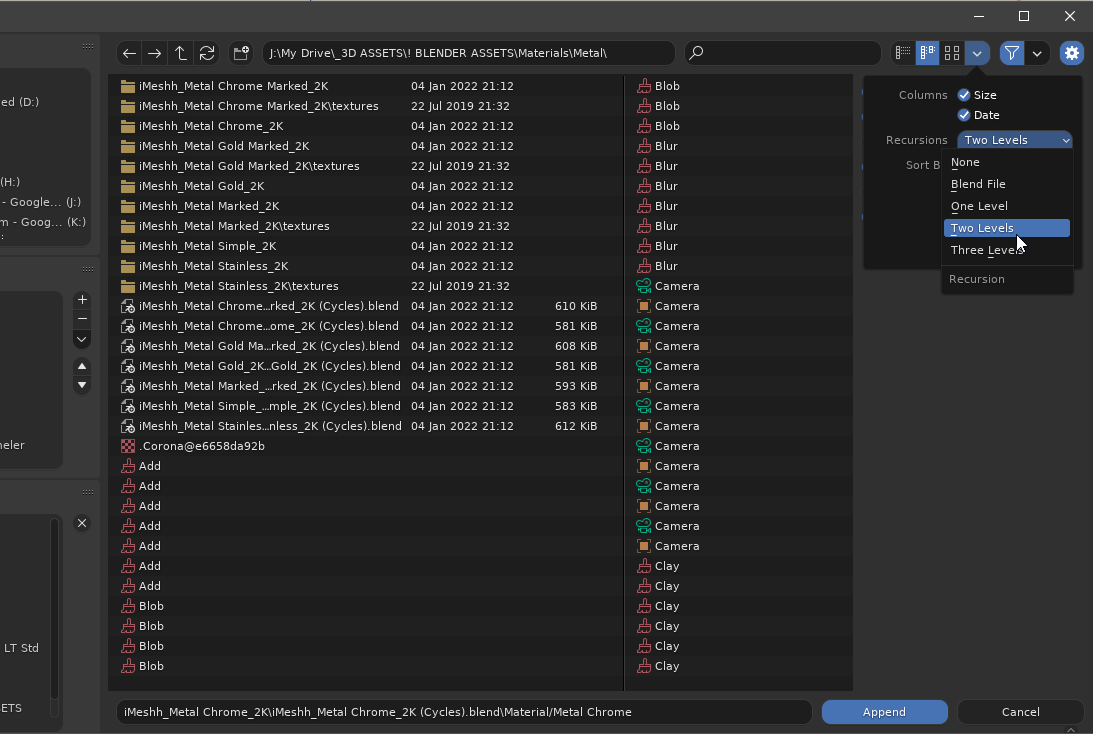 You probably don't want to see all data blocks, so you might wanna filter out the rest and only leave Shading on: 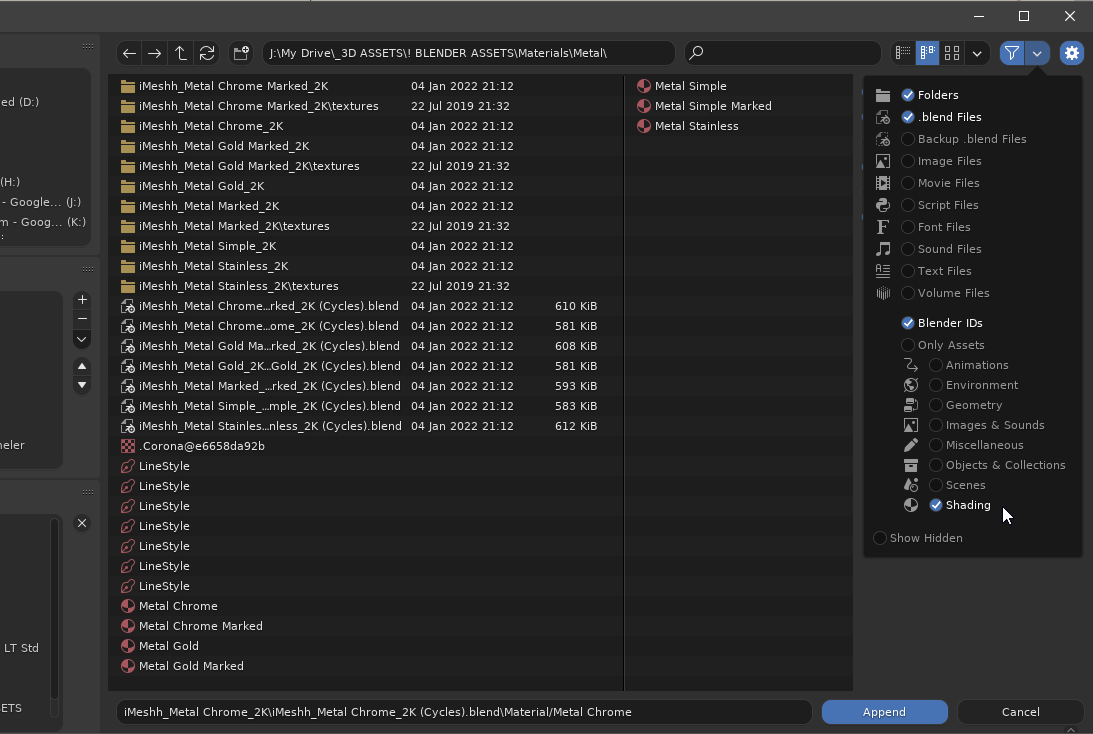 Now you should be able to select multiple materials from different files at once to append.

EDIT: to read all materials, you don't want to use bpy.ops.wm.append but rather you want to use library management code. Updated the answer to reflect this.

There is no automatic way to do this. The manual way is to open a new blend file and append the materials from each of the 100 other files to that file and then save it.

You could write a Python script to do that. If, for instance, all of the blend files were in the same directory, the script could iterate through each file, appending every material from that file using bpy.data.libraries.load Here's an example of doing that modified from the matlib manager addon

Note that this is equivalent to linking the material, but now you have a list of names. If you want to append instead, you would then go through the list and call bpy.ops.wm.append for each material.

Not the answer you're looking for? Browse other questions tagged blend-files append file-browser asset-browser asset or ask your own question.

9
Link full .blend files
1
Blender 3 Asset Browser slow? Unreliably loads material previews?
5
How do I get all assets in a given UserAssetLibrary with the Python API?
3
Batch Add to Asset Browser
5
Can you update an asset once you've used it in other files?
1
How can I make an armature and its parts a single asset?
0
Add scene to asset browser collection
1
Get the source path of the assets in Asset Browser using Python