I can instance a mesh onto a curve to make a cable with a plug at the end. I've placed an object at the other end of the cable to act as a junction where two cables would split off, forming a 'Y'.

Question; How would I place multiple curves to start out of the junction mesh at Surface (1)? 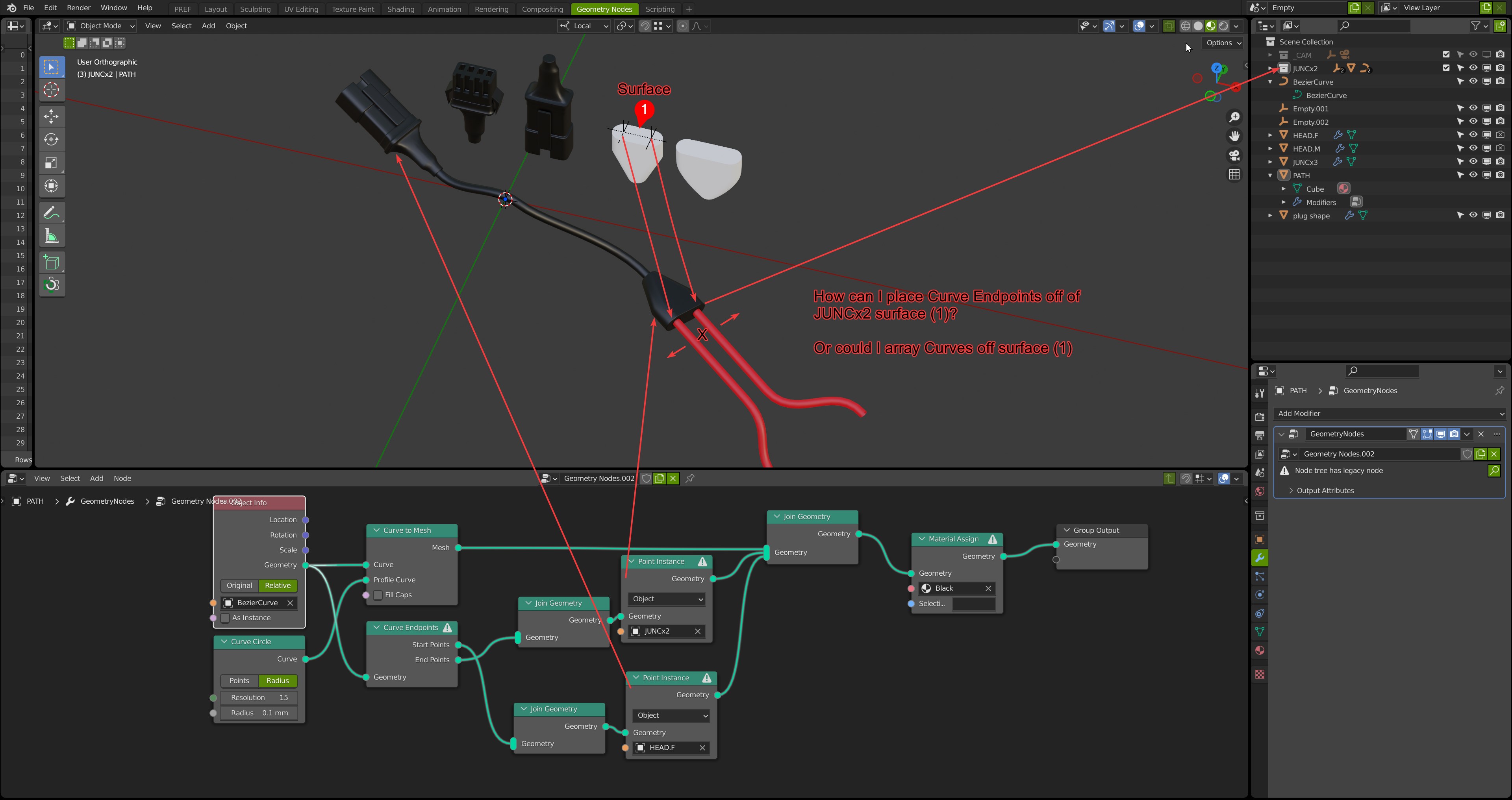 Some of the nodes you're using, Point Instance for example, are deprecated in newer versions of Blender. I'm using 3.2, so my setup will look very different from your current one, but the logic is largely the same so hopefully it won't be too hard to follow. Since you have two empties already placed where you want the new curves to go, I used a similar scene. The two empties are parented to the main socket body: 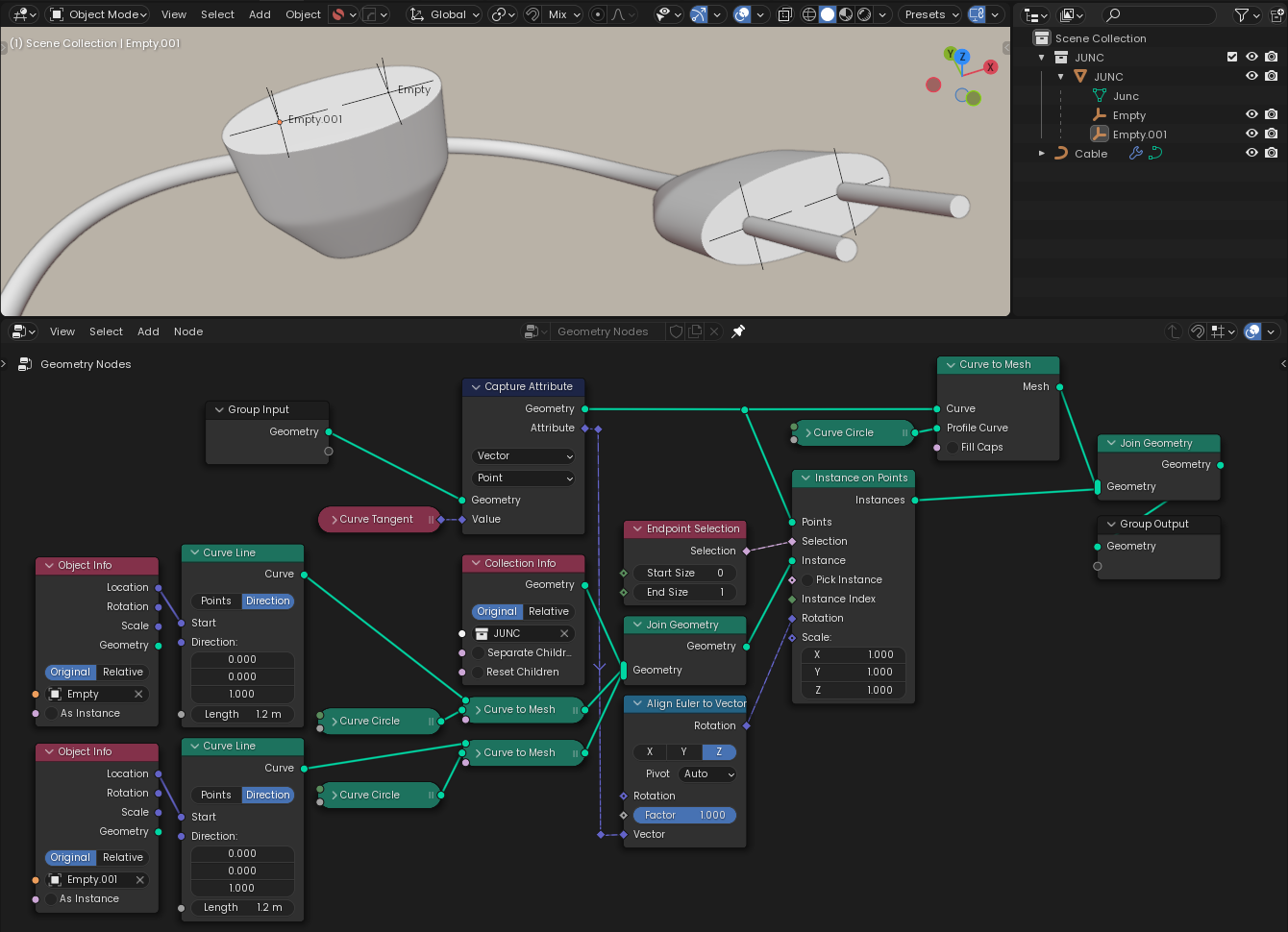 Here, I created two Curve Lines (Shift+A > Curve Primitives > Curve Line) inside the Geometry Nodes itself and gave them a simple circular profile to mimic plug pins, but of course, you could use objects from outside via an Object Info node. In this second example I'm bringing in an outside spiral object and instancing them on a Curve Line I created between the two empties. The Resample count then determines how many copies are placed on that line: 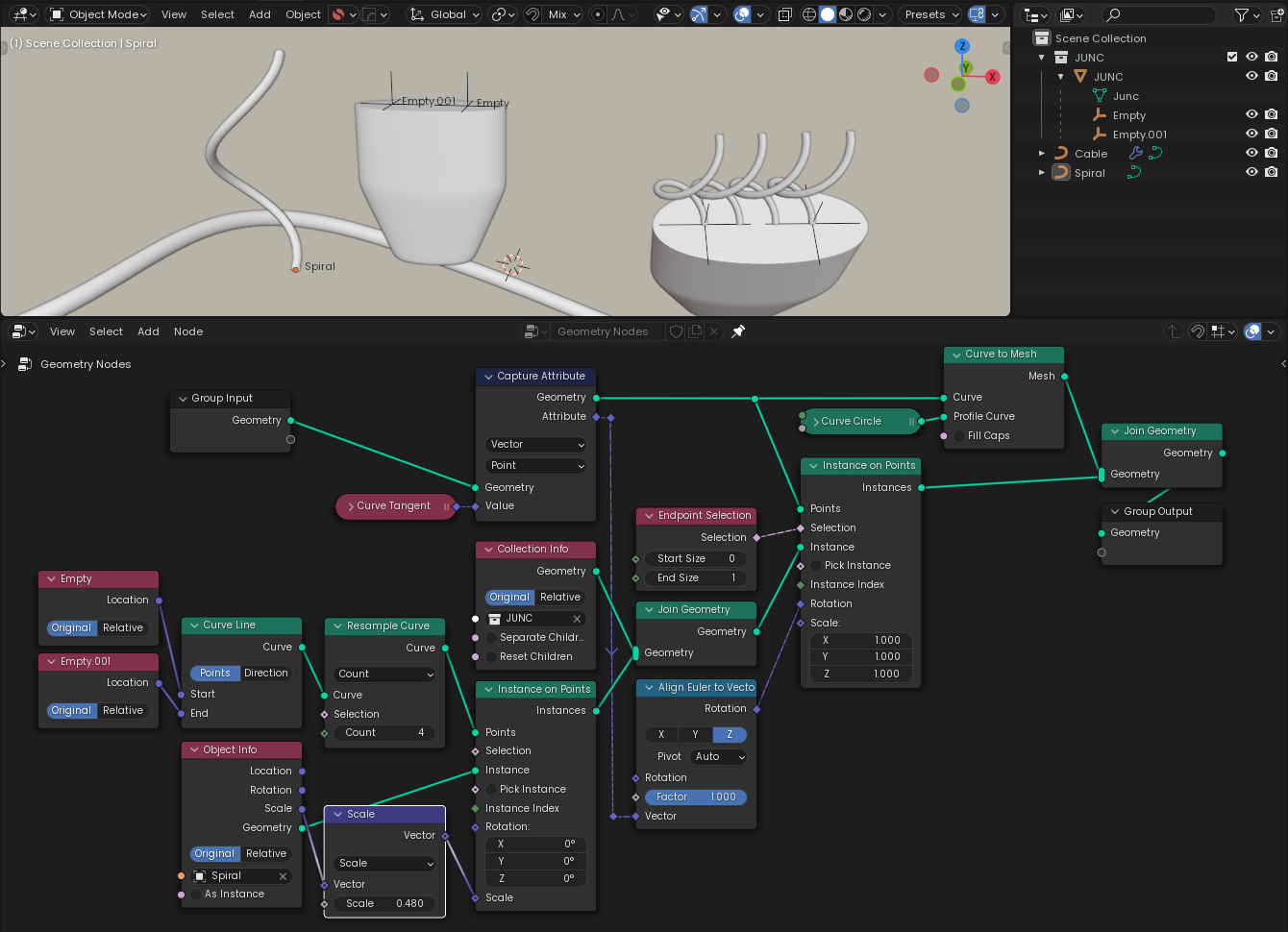 1
Geonodes: Apply point index to group node input
2
how to copy a curve in geometry nodes
4
looking for a way to evenly space objects instances across mesh
3
Translate objects along curve instances
2
How to hang curves between two points using Geometry Nodes?
2
Smooth out curve shape (Geometry Nodes)
2
How to project a grid onto a circle/torus using geometry nodes?
1
Right angle corners issue with Instances that follow Tangent Curve for Brick Wall with Geo Nodes