What is the best way to make a doorway that suits a curved object like that?

I made this weirdly shaped wall and wanted to create a doorway to the next room that wouldn't have a gap in between. I've tried a lot of things, but my lack of experience doesn't allow me to solve the problem. What would be the best solution? I'll include the blend file. Thank you in advance! 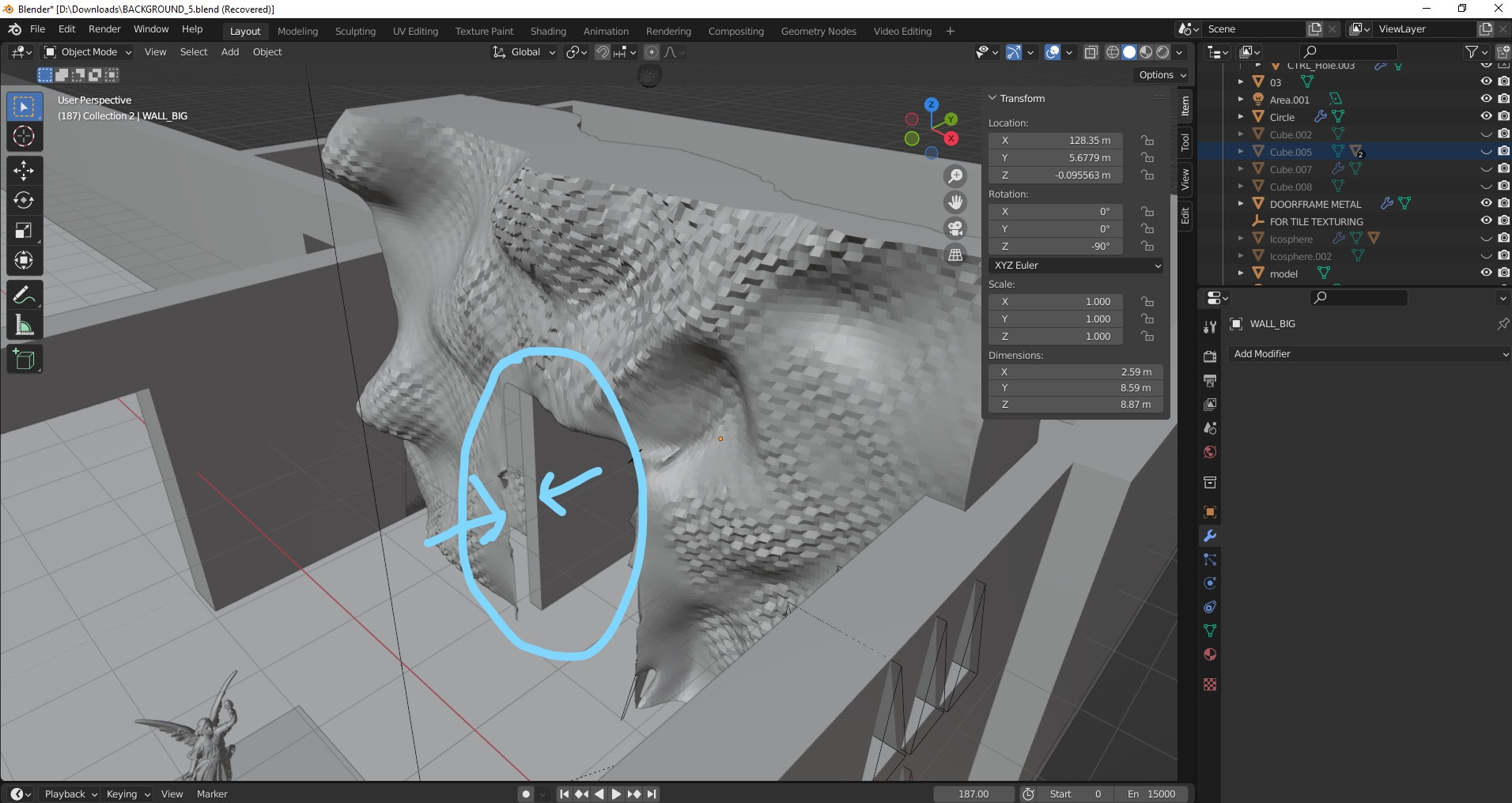 My vote? Rebuild the wavy wall: Start with a wall that already has the doorway cut out of it and re-do the deformations, maybe even just shrink-wrap the new wall against the existing wavy wall.

First, I separated three faces from the existing wall into it's own object.

Next, I subdivided the wall manually so it had even topology. It also needed some cleanup from having a co-incident edge in there.)

I then gave it another sub-d modifier and applied the shrink-wrap modifier to project this mesh against the existing wavy wall. 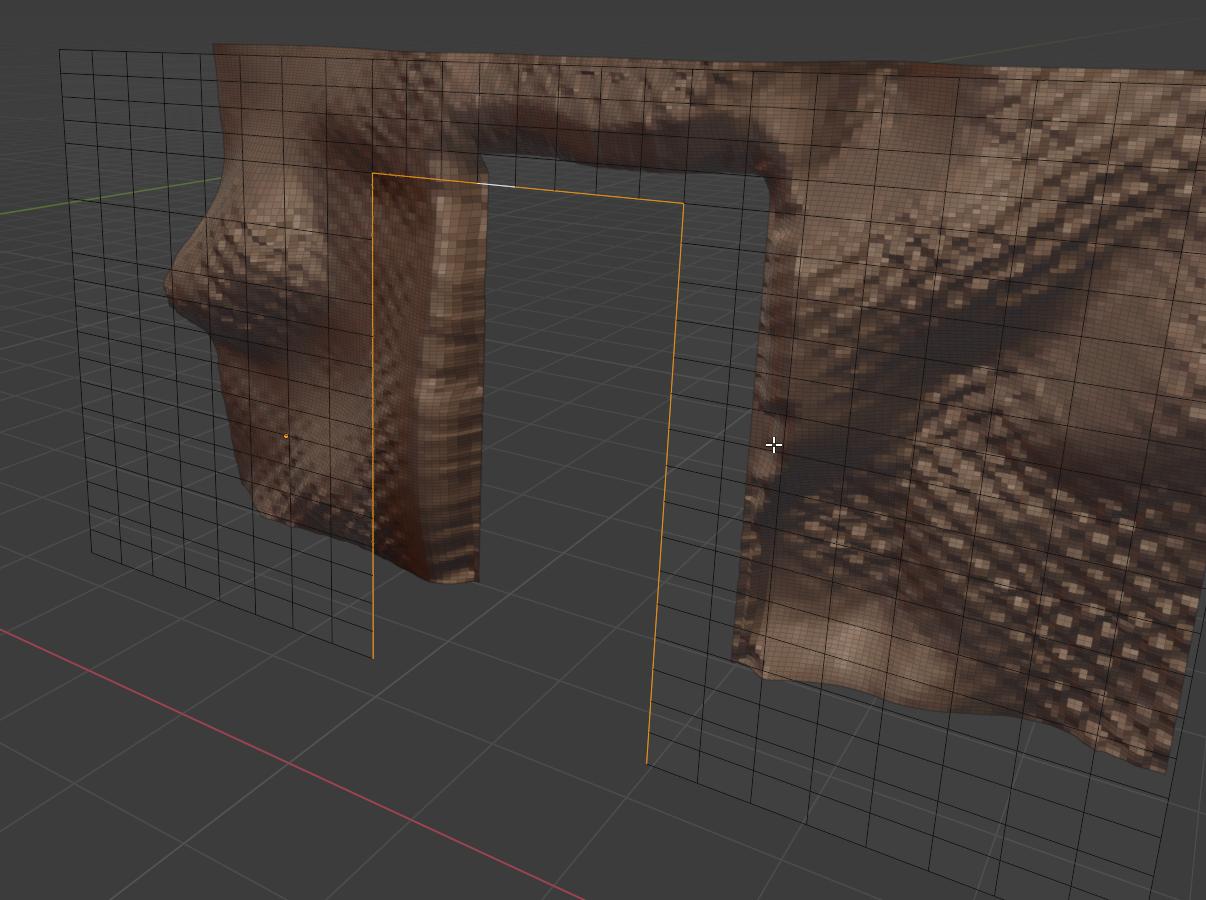 I then grabbed an edge loop of the doorway and extruded inward.

The advantage now is that you can adjust the subdivision and shrink-wrap parameters. Try this technique out and let us know if it works for you.