How do I smoothen a copypasted then X axis inverted mesh and joined mesh?

I want to create an armature for my body and to be able to move its limbs asymmetrically, but to do so I realized the only thing I could do was to delete the mirror tool I had precedently used to make the mesh symmetrical, and then copypaste the mesh myself. I joined it to the original mesh to recreate a full body, but the juncture line is very sharp and I would like to make it smoother, as the human body is, to try and transform it into an as realistic body as possible. The problem is, when I go in sculpture mode, the two supposedly joined body halves are of a different color, and when trying to sculpt with a tool in one half it does the exact opposite effect it did in the other half. This may seem difficult to understand, so you will also find a couple of images that demonstrate what I am talking about. Another very annoying thing that happens is that when using any brush in the juncture line, the two body halves clip into each other making ridicolous curves and angles which result in an impossibility at making progress with the mesh. Thanks in advance for your help 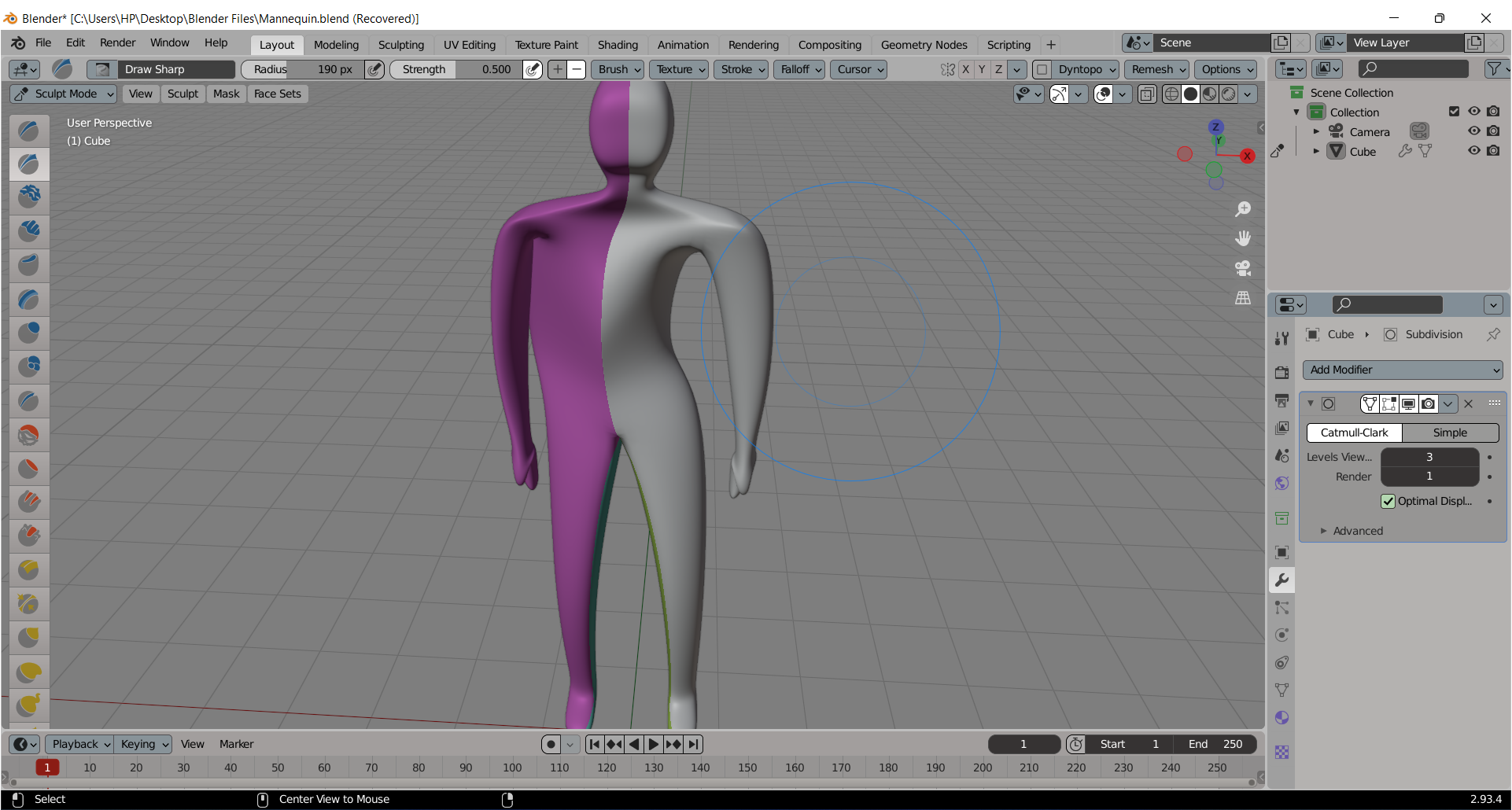 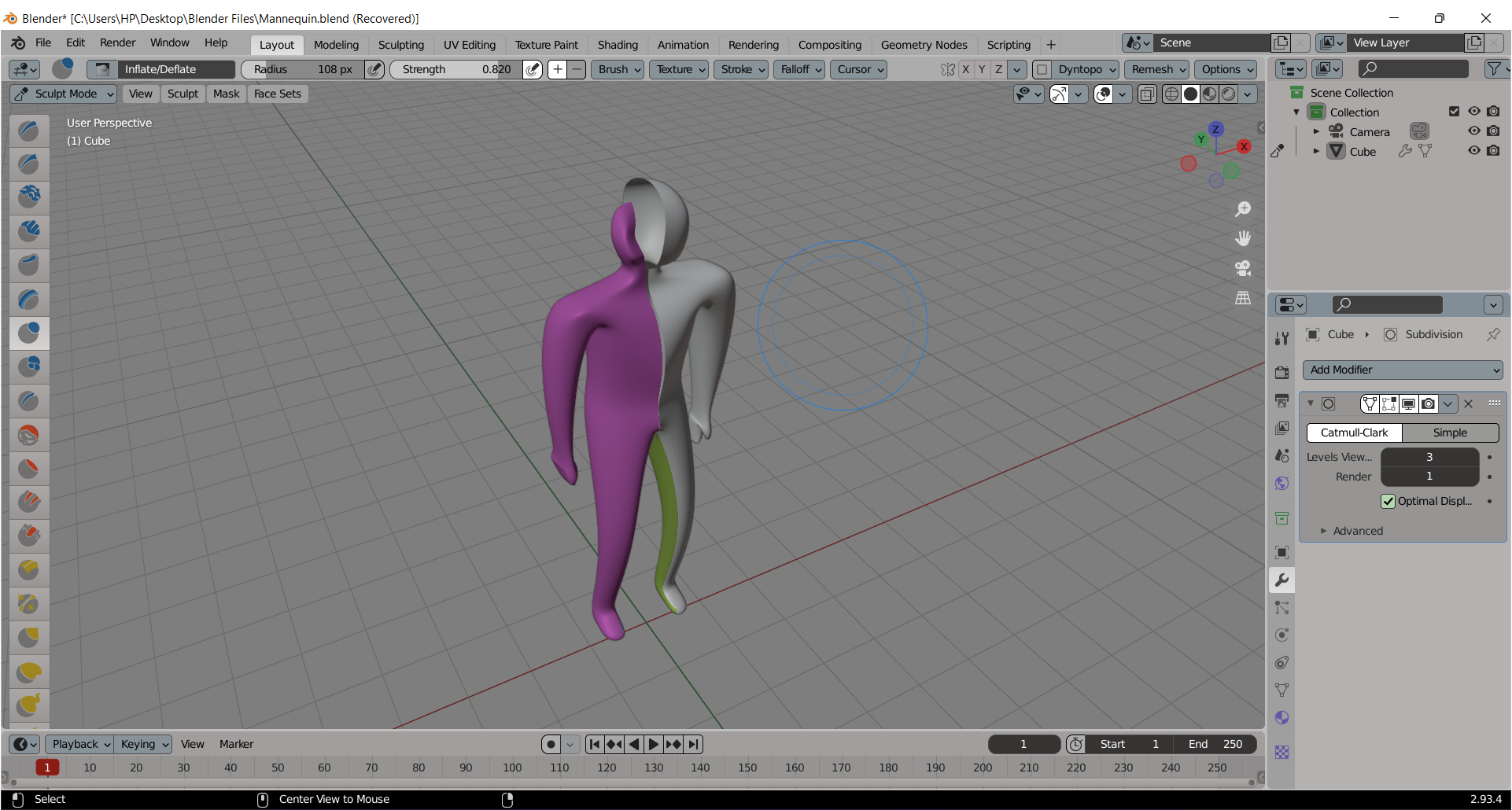 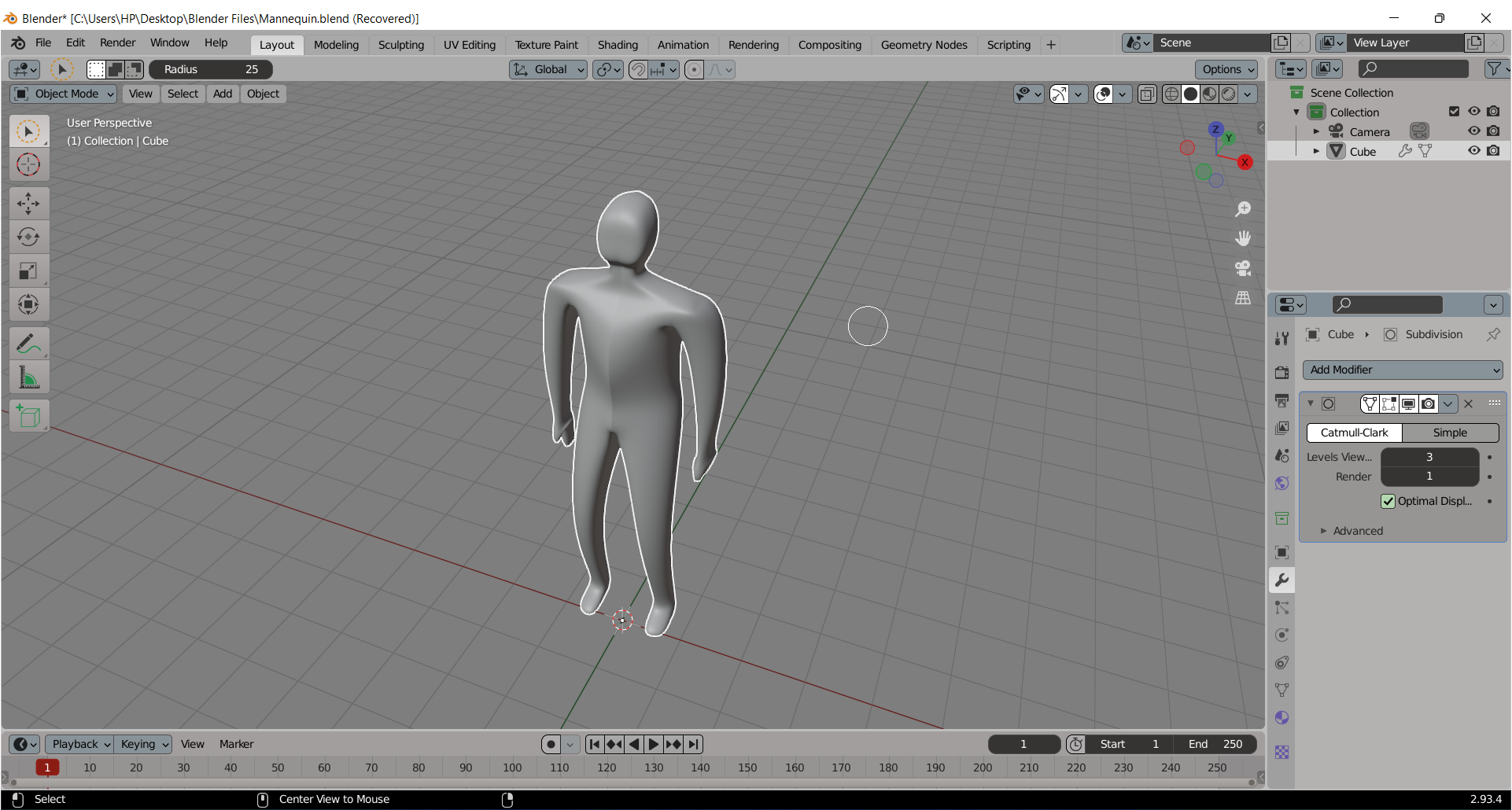 You don't need an armature til you finish the mesh. So finish your character in t-pose first, texture it, make it some clothes, and only then move to rigging part. There is also a symmetry tool available on the n-panel in sculpting mode. But what I suggest you is to buy one good course about character creation for beginners. Don't pray for short youtube tutorials, cause the courses will give you a straight and clear pipeline and an understanding of the process itself. Right now your question doesn't have much sense cause you don't understand the basics. Just don't rush yourself. Start from scratch, repeat some tutorials one-to-one. And you'll get the answer pretty soon. Good luck!

Not the answer you're looking for? Browse other questions tagged modeling mesh sculpting mirror or ask your own question.

2
Can't get armature to move mesh!
2
Is there any way to make X Mirror respect delete?
2
Weird line between mesh connections
1
Error when trying to mirror vertex group, to get symmetrical weight paint
0
How to cut a mesh outline on another plane
2
Hair emitting from wrong side of mesh
1
How do you use mirror and shade smooth at the same time?
1
Why does joined mesh appear colored?