I was trying to create a sci fi hallway, but I had to mirror everything, specifically, my arches and malls. So I added a Mirror modifier to the arch, then the mirrored arch was clipping through my object, more specifically, rotated 180 degrees and moved to the center of the orgin arch. I have tried flipping the axis, I have tried Changing the merge and enabling clipping, but that has no effect. There is also a Array modifier on top of the mirror modifier because I need the arches in a distanced order, I have tried changing the order of the modifiers but that didn't make a difference. Can anyone help?

Here are some images too: 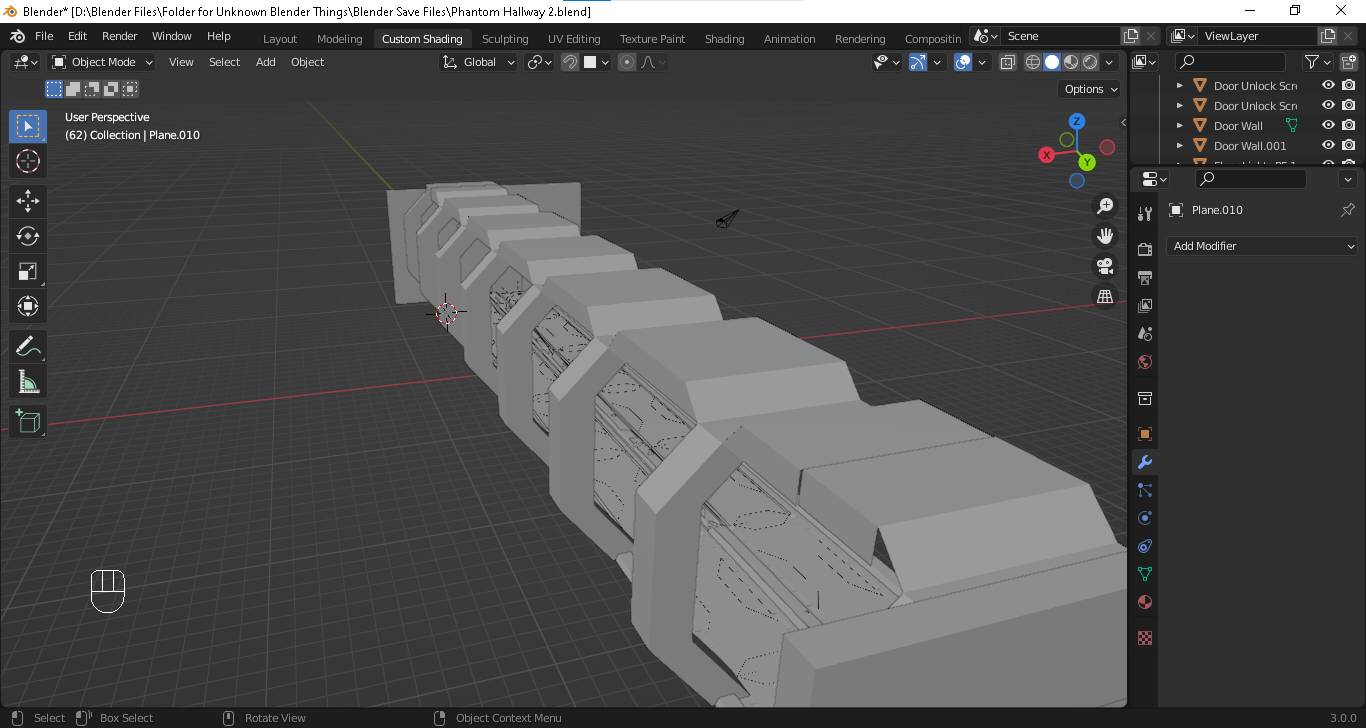 Above Picture is before I add the Mirror Modifier 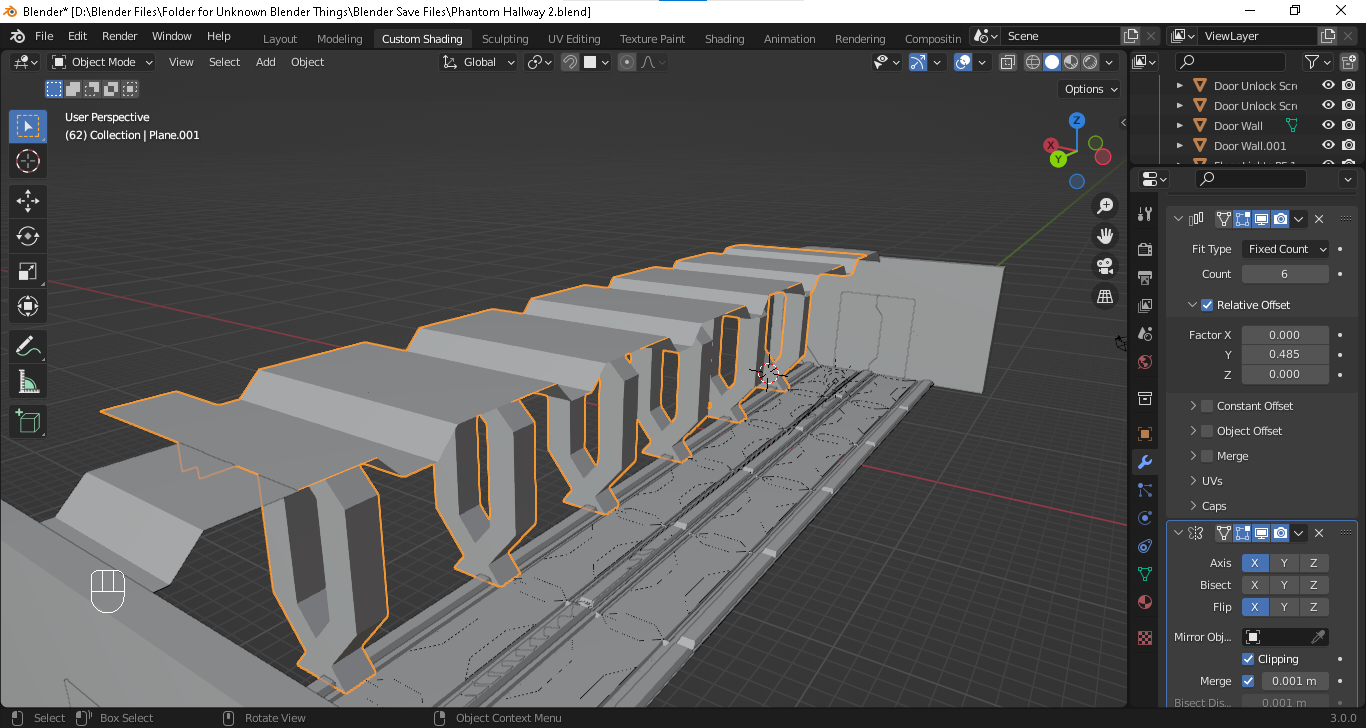 Above Picture is After I add the Mirror Modifier

Above Picture is the Mirror Modifier and the other Array Modifier Settings:

If the Mirror modifier isn't given a mirror object, then it mirrors around the Object Origin. You can either Snap the origin to the center of the ceiling of the mesh with Shift+S, like so :

Or you can create an empty at the location you want the object to be mirrored, then select the empty as the Mirror Object.

Not the answer you're looking for? Browse other questions tagged mirror-modifier or ask your own question.