In Blender 3.0, how can we control instance properties (scale, etc.) by proximity?

I've been looking at tutorials and various node tree screenshots, but since the 3.0 release many aspects of Geometry Nodes have changed, making those sources largely irrelevant. 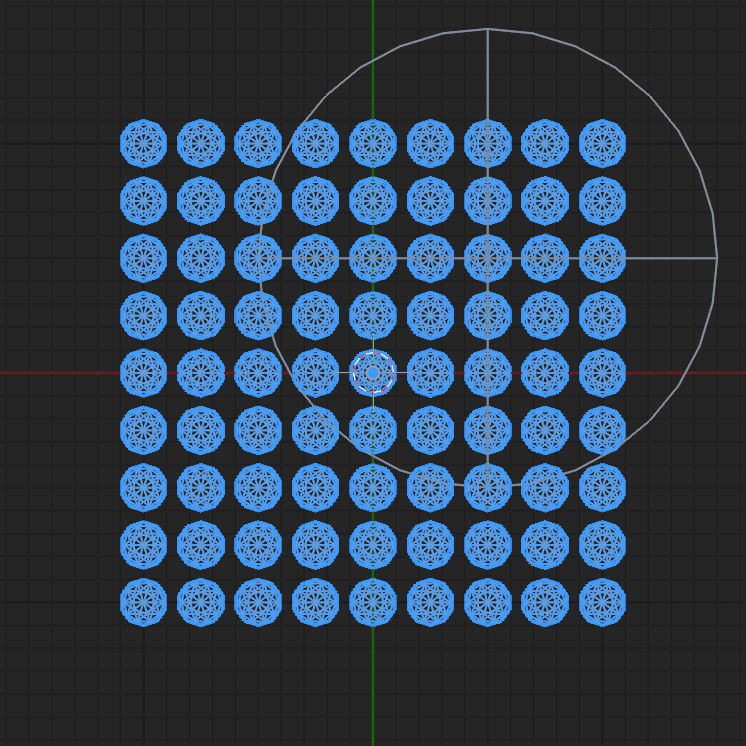 Above: Icospheres generated at each mesh point, and an Empty I want to influence them with.

My node tree so far: 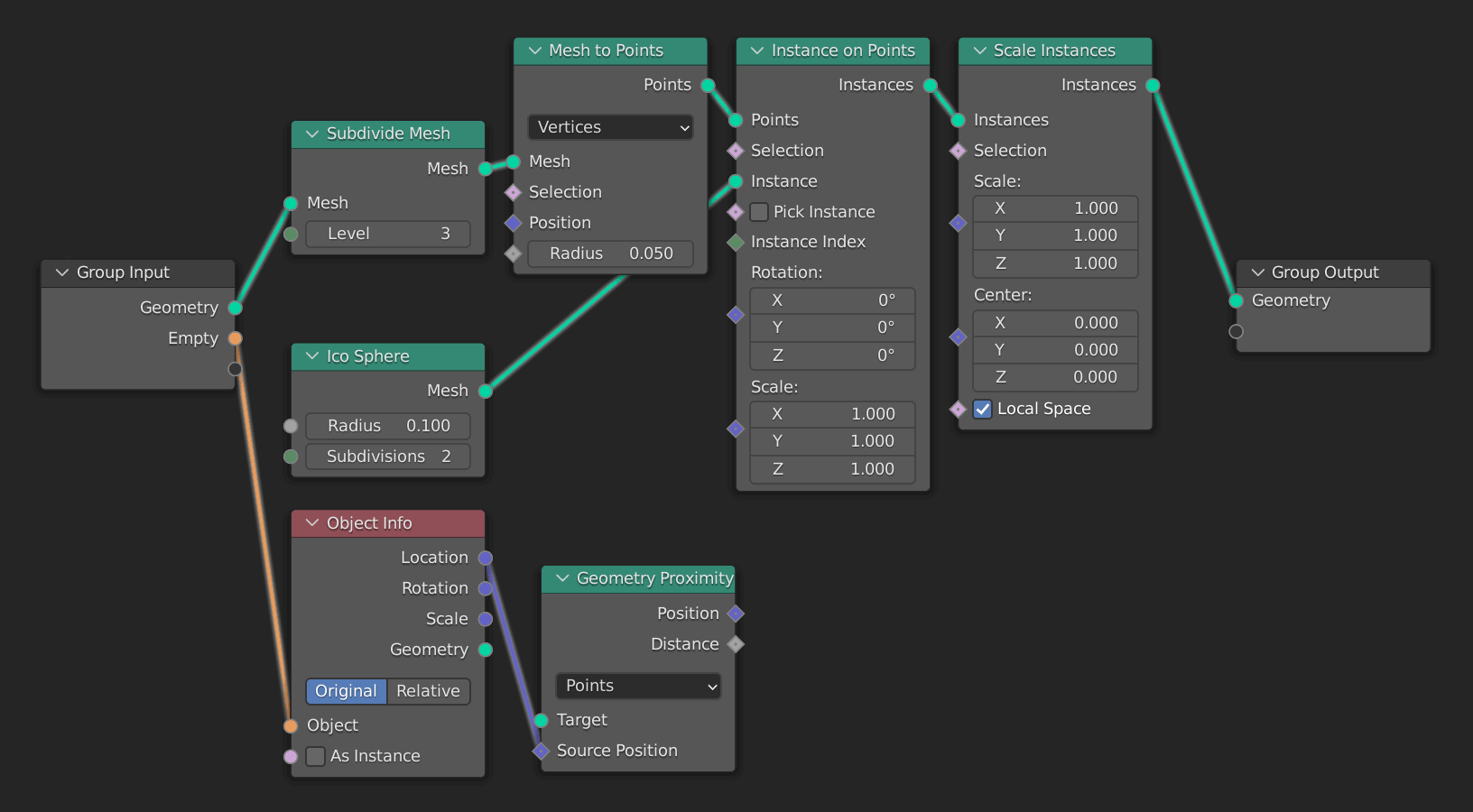 I have been trying lots of different things to scale these (100% effect where the Empty is, and tapering off to 0% effect beyond a certain radius, such as the radius of the Empty object).

Also, it would be nice to be able to adjust the falloff curve.

You don't need geometry proximity to scale by prox to an empty. You just need to check the distance to the empty: 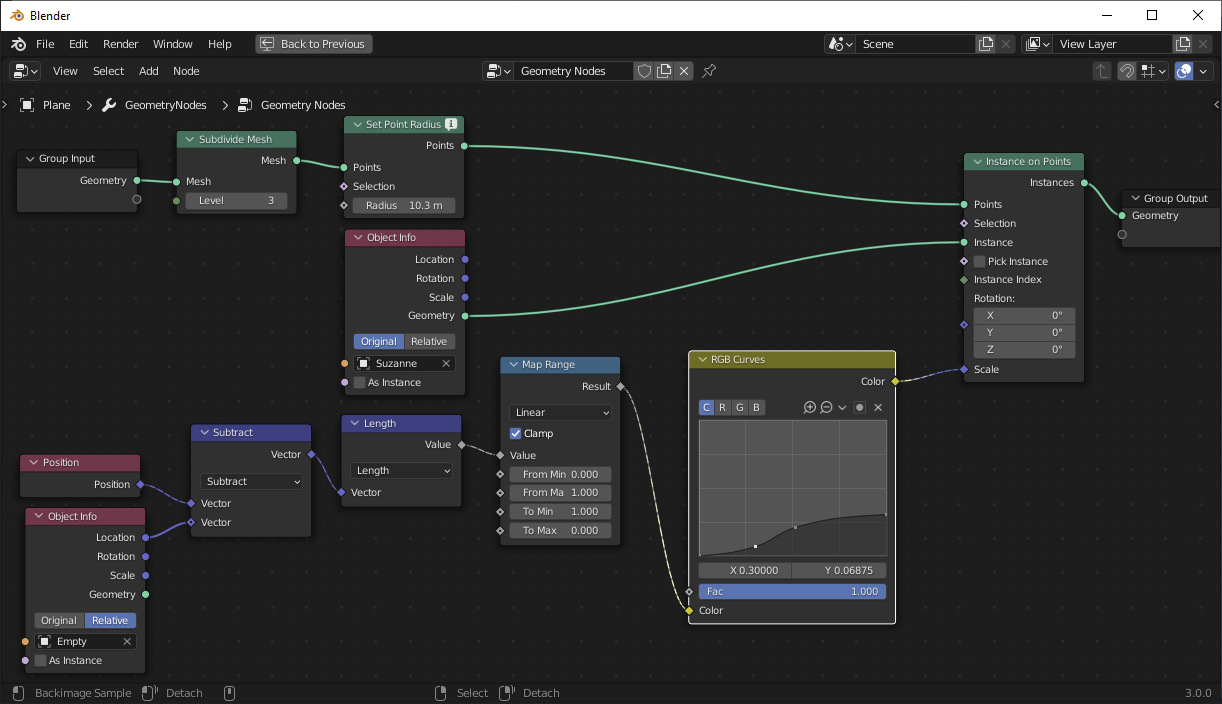 Here it is with a falloff curve (using RGB curves node, but a float is a float.) I'm clamping it to the 0,1 range (and inverting it) before the RGB curve for convenience-- anything more than 1 unit away will get the minimum scale I have in my curve.

Edit: Here's a pic from the file Mentalist offered in comments:

Gordon Brinkman also offered that we can just use distance instead of subtract+length.

You can use a Geometry Proximity node if you want, and your setup was close. Here's a version of your node group that works: 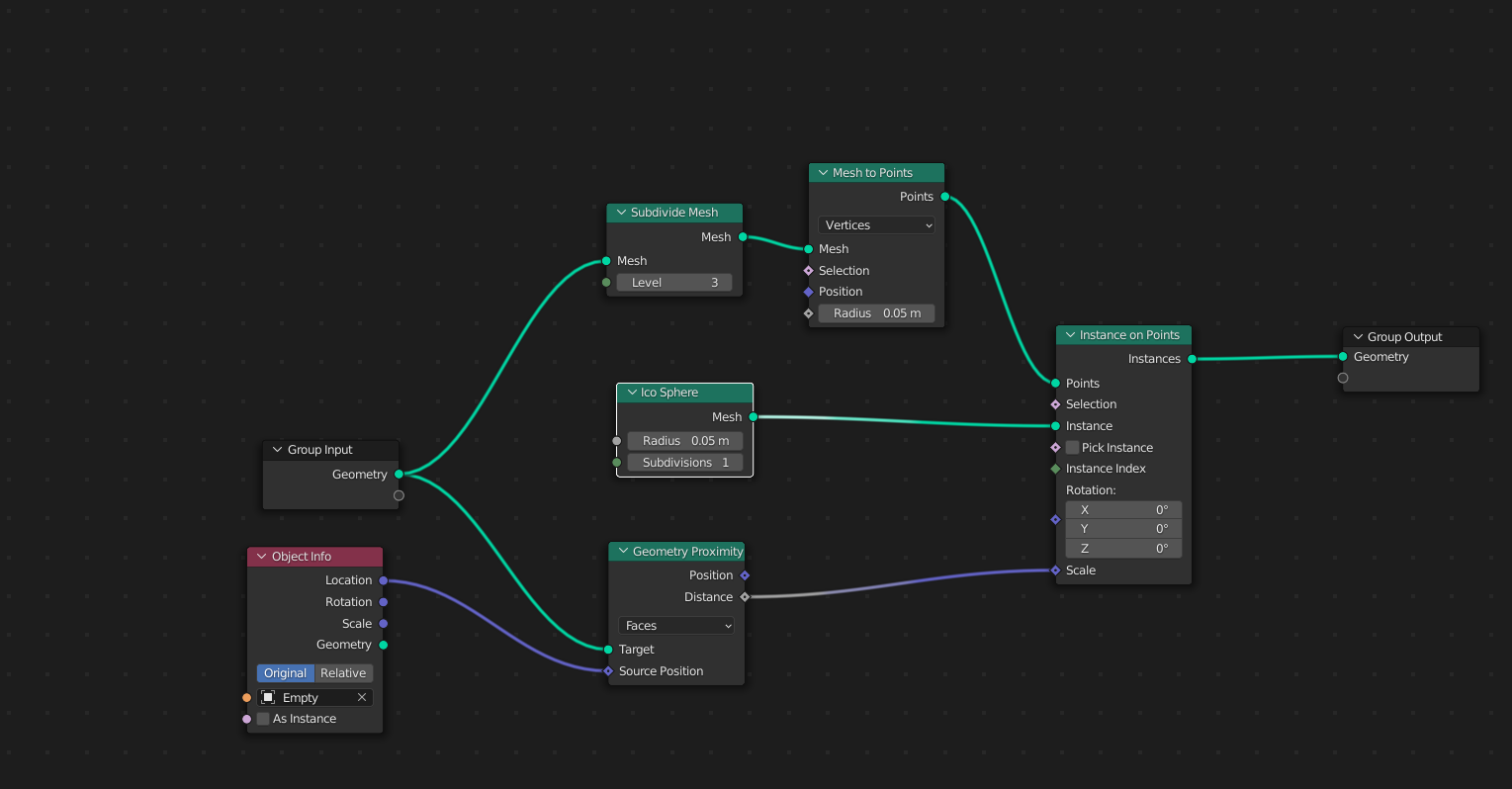 In this example, notice that I use an Object Info node, rather than an input to the Geometry node group. That gives me the geometry location of the empty. The only other change from your setup was to plug the distance output of the Geometry Proximity group into the Scale input of the Instance on Points node. This uses the relative position of the empty to control the scale of the icospheres:

EDIT: There seems to be a lot of confusion in the comments about the difference between this approach from the accepted answer and the approach I've described above. Here's a version of the other approach, simplified to highlight the major difference: 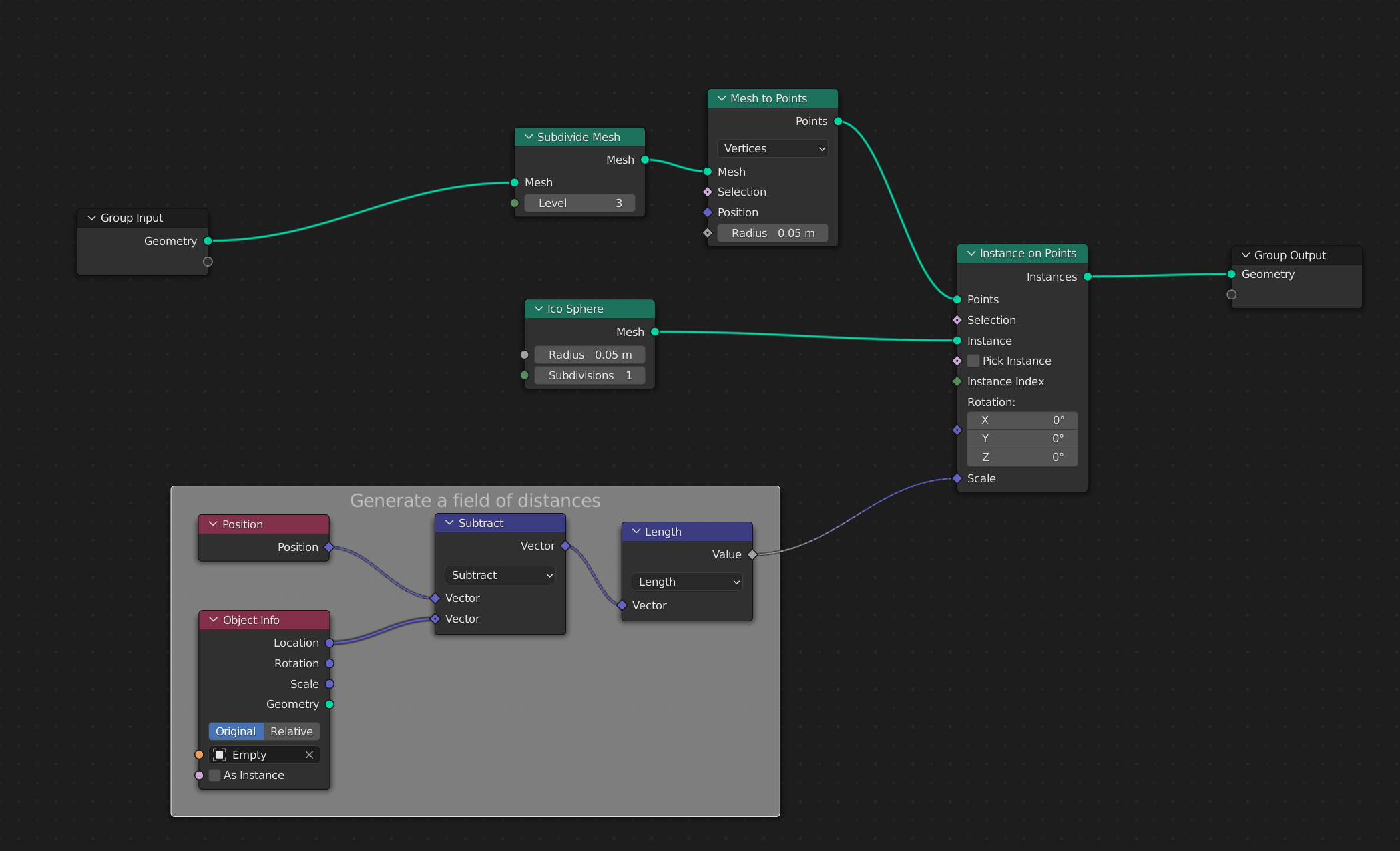 Not the answer you're looking for? Browse other questions tagged transforms geometry-nodes instances or ask your own question.