How to make a cloth simulation reach its resting neutral shape faster after it is disrupted?

I am trying to learn more about cloth and collision simulations. I built a plane with a subdivision and cloth modifier, pinned it's top edge, then had an impermeable cube animate upwards to "bunch" it up: 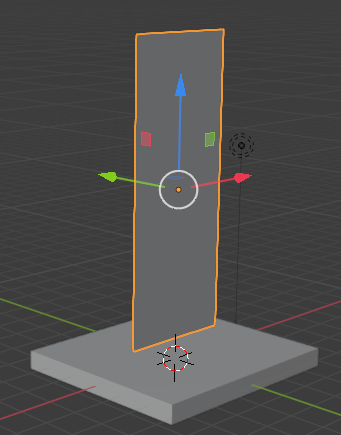 Then when the cube drops away, the cloth drops back down as well: 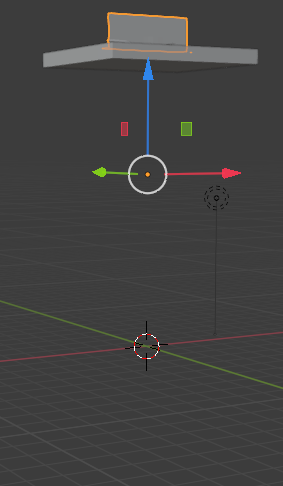 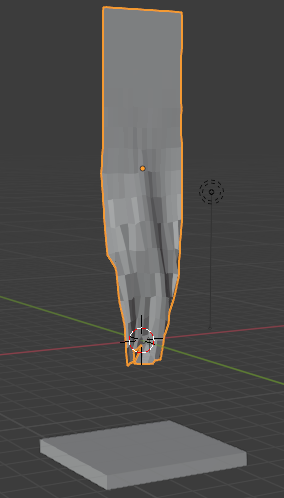 The problem is as shown in the third image, the cloth spends a great deal of time bouncing/flapping around and trying to "settle" after it is disturbed.

I tried playing with the damping and stiffness controls as well as air viscosity but couldn't find any settings that would let the cloth return very rapidly to its original "flat" resting position more quickly.

Is there any set of parameters that would let it return to its "flat" resting position faster after such a disturbance?

The quickest, easiest way to get cloth to retain its resting shape more is to take advantage of pinning. You're already using pinning on 2 of your verts, at 1.0 weight, but pinning can be used at different weights as well. You can assign a vertex to the pinning group at half weight to pin it halfway, at 0.25 strength to pin at quarter strength, etc.

In fact, you're already doing this, although you might not realize it. By starting with a plane and creating all your vertices via subdivision, you're actually smoothly interpolating your pinning from one end of the cloth to the other. The high weights near the top are part of the reason it's penetrating collision.

We could control pinning through manual weight painting on other meshes, but here, where all our verts are being created by subdivision, we can't do that. But instead, we can use a vertex weight edit modifier between the subdivision and the cloth to control the pinning strength: 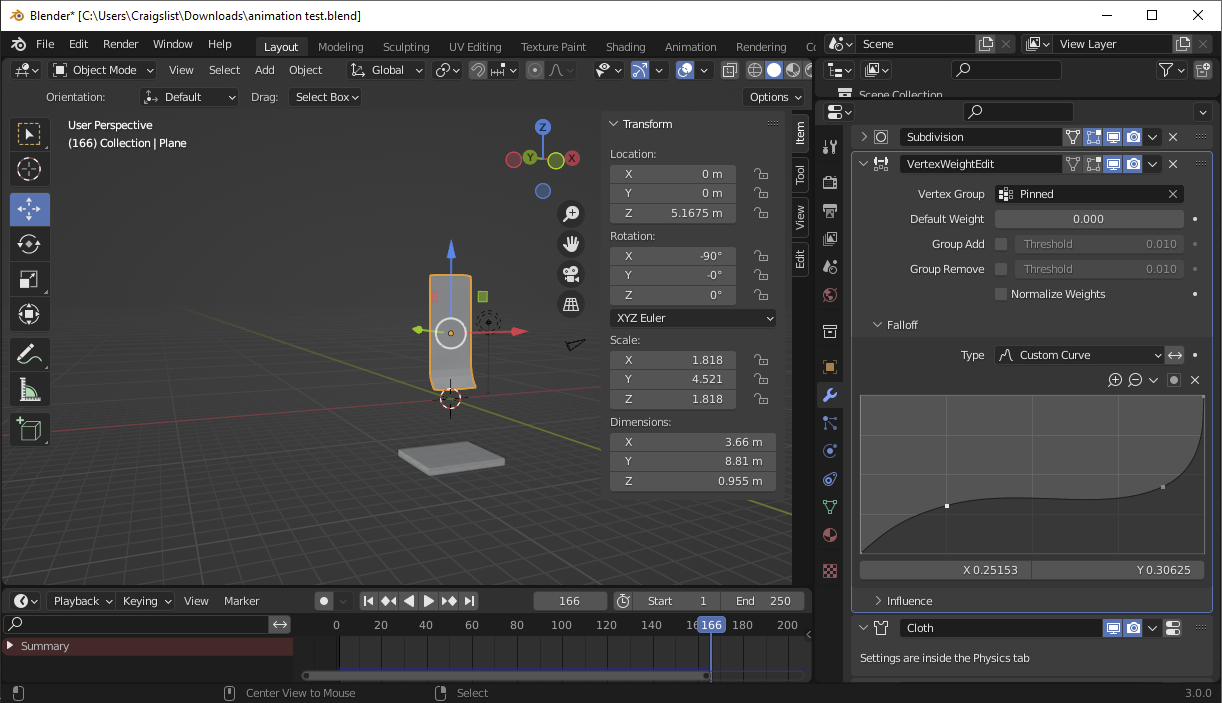 I've created a custom curve that increases our low pinning and decreases our high pinning. Even without subdiv modifiers in play, this is often easier for tuning pinning than manual painting is, because we never have to enter edit or weight paint mode and lose the physics cache.

In fact, we can even animate this, so that we can change the pinning live, during playback, simply by adjusting and keyframing modifier values.

Not the answer you're looking for? Browse other questions tagged animation cloth-simulation collision or ask your own question.