I am trying to make a shoe using Bezier curves and the Sverchok Add On but I am stuck on how to rectify the apparent miss calculation of the data points. I can't find anywhere that is says the direction of the extrusions and allows me to change this. I think what I need to do is reorganize the order of the vertices, but I don't know how to do that. And suggestions would be much appreciated! (I'm new to Blender if you can't tell) 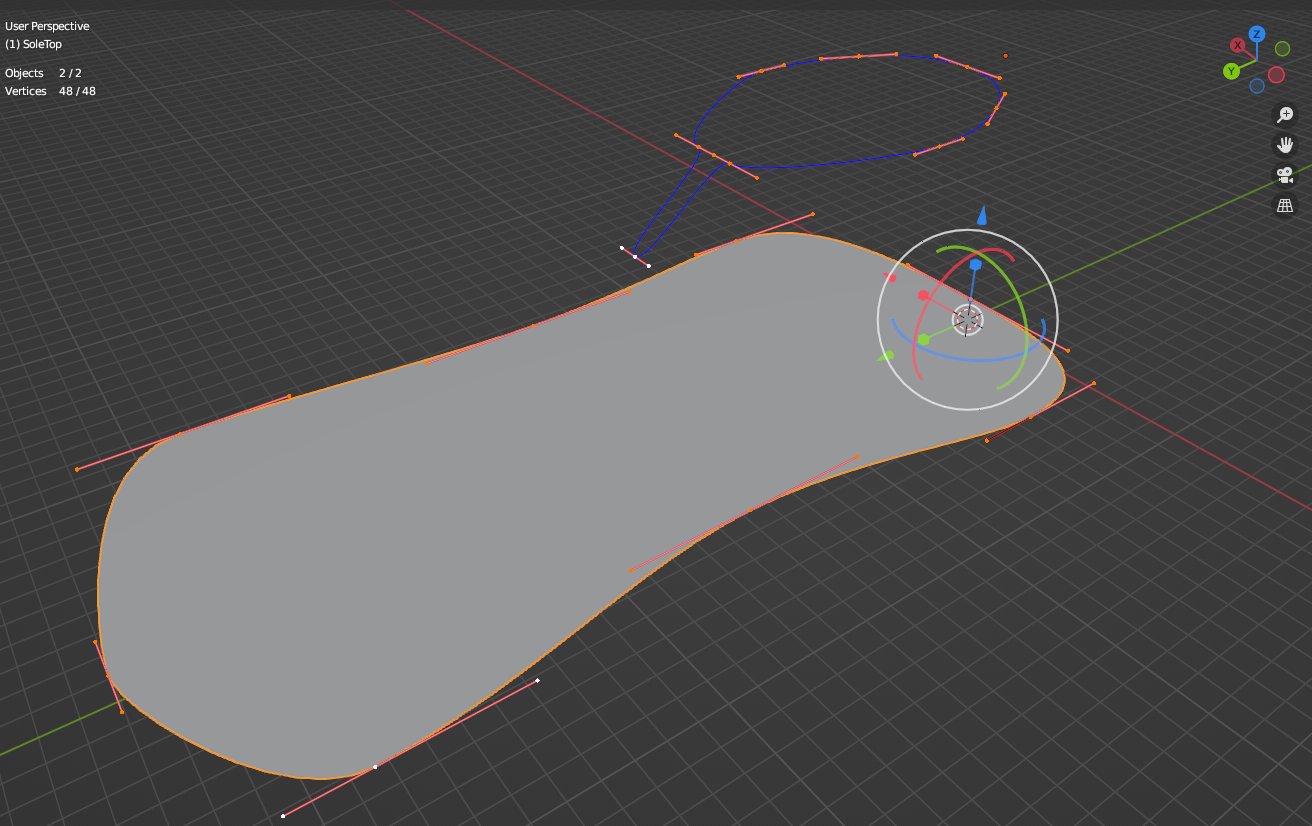 Update: Although it looks a lot better with everything shifted around, I am still getting a line in the middle like the extrusion is not a continuous surface. Here is the updated file:

The whole question here is about: how should Sverchok decide, which point on the lower curve to connect with which point on the upper curve? Sverchok makes this decision very straightforward. Remember that curve in Sverchok (as in mathematics) is defined as a function [a, b] -> R^3, which gives you a point in 3D space for each value of parameter. So, given two curves, A(t) and B(t), for each value of parameter t, Sverchok connects point A(t) with point B(t). So, why the result looks odd? Because two curves here have different parametrization, with start point in different places, and parameter value changing in different pace while moving along curves.

I highlighted start/end points of your two curves on the screenshot: 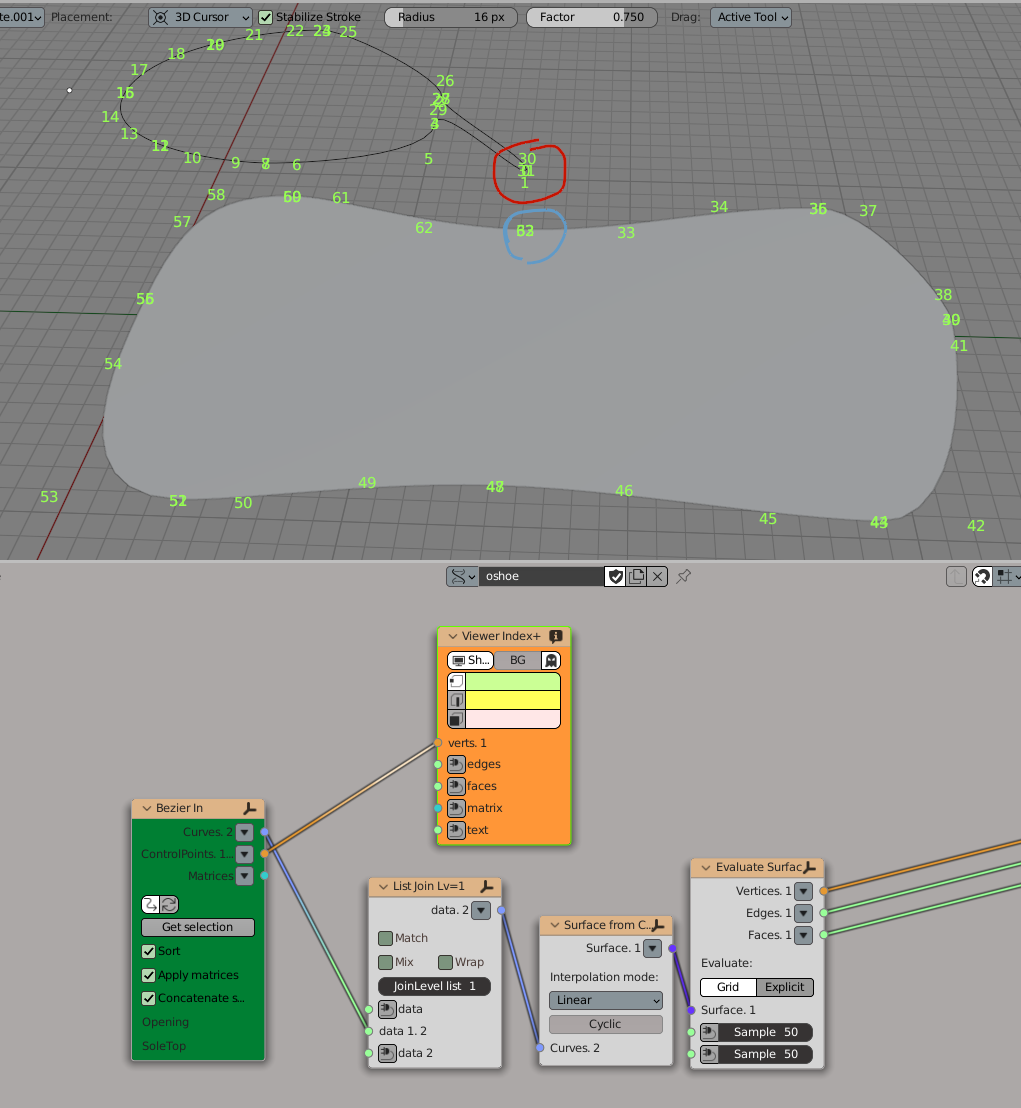 So, now it should be more or less clear what to do:

I don't know why Sverchock is doing this, but it is (i think) because the indices of the points on the curve are somehow wrong. So if you rotate the points along the curve, it works. So i took the vertices of the curve and shifted them, until they looked good:

I had the idea for this solution when i watched the edges carefully and they don't go straight to the upper curve but "rotated". (i don't know the right english word for it - but even in german i couldn't tell how to name it)

So my node setup to solve this:

Not the answer you're looking for? Browse other questions tagged node-editor bezier-curves sverchok or ask your own question.

2
I'm getting no output from the Image node when using sverchok
7
How to generate a closed surface using sverchok?
1
I have created a glove on Blender and I want to apply Voronoi on it's surface via Sverchok. How can I do that?
5
How To Import .GCODE Into Blender For Rendering 3D Print Visualizations?
1
Planks along a surface using Sverchok
0
Artifacts when using solidify on curves
0
Sound-Driven Animation, Using Animation (and Sverchok) Nodes, is Not Working
0
small hole in model with bezier curve and solidify