I want to place planes facing all the same direction on a tube/cylinder which positioned horizontally using the Geometry Nodes. I could do this if I didn't apply rotation after turning 90 degree. However, it flips half of them in opposite direction if I applied the rotation.

Does anybody know why this happen and how to fix it?

I'm just worried if "not applying rotation" cause problems when exported to Unity etc...? 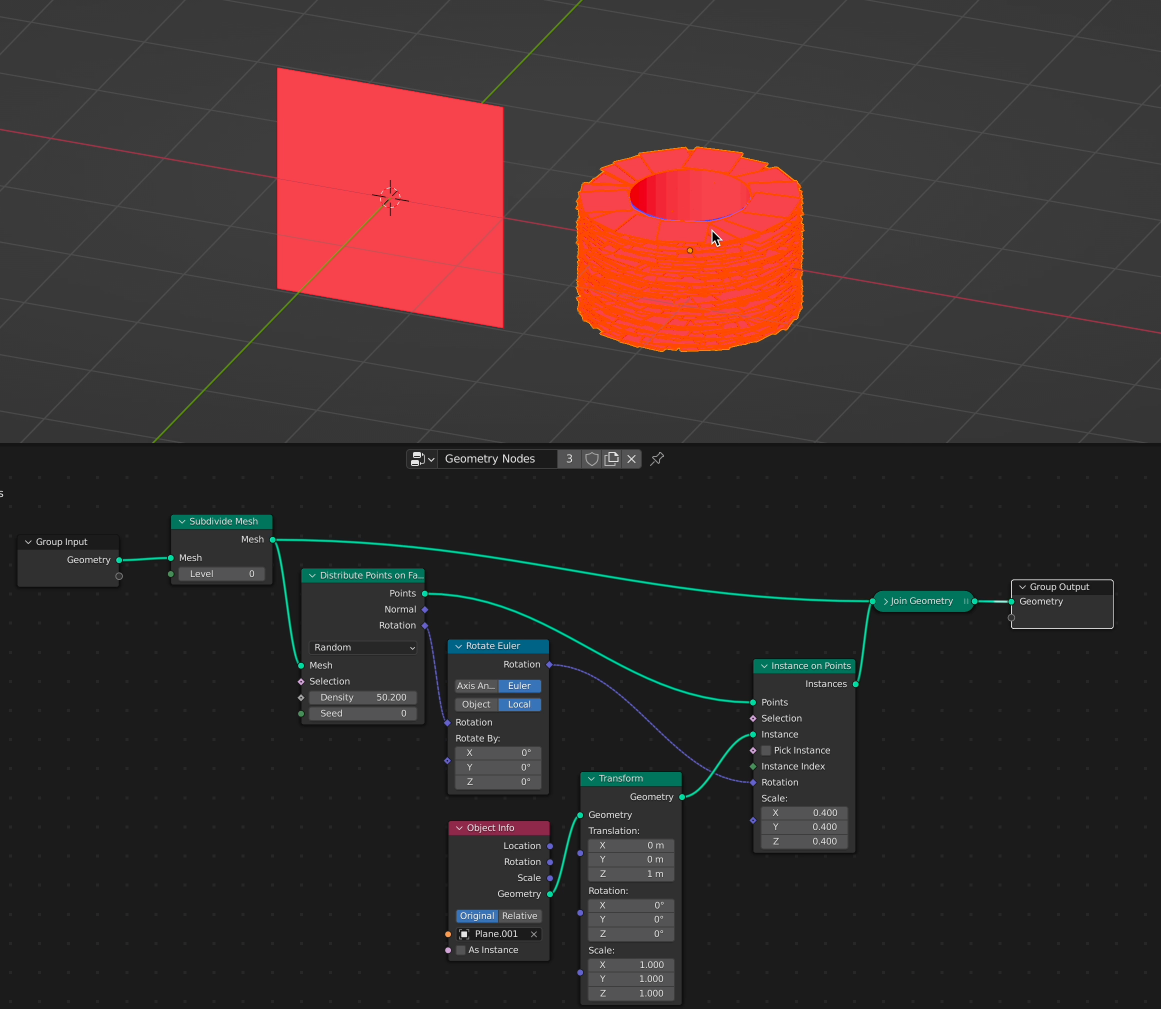 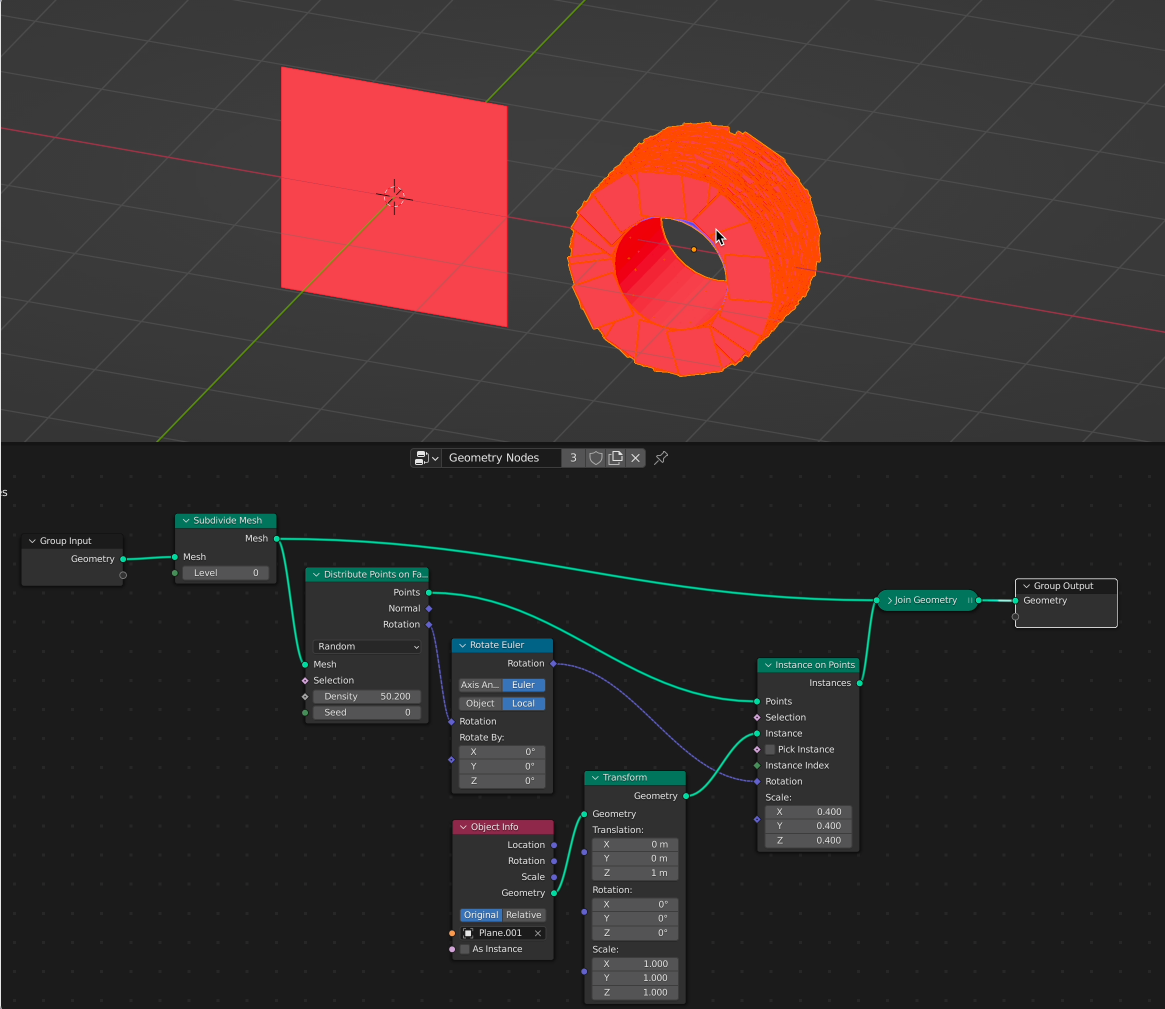 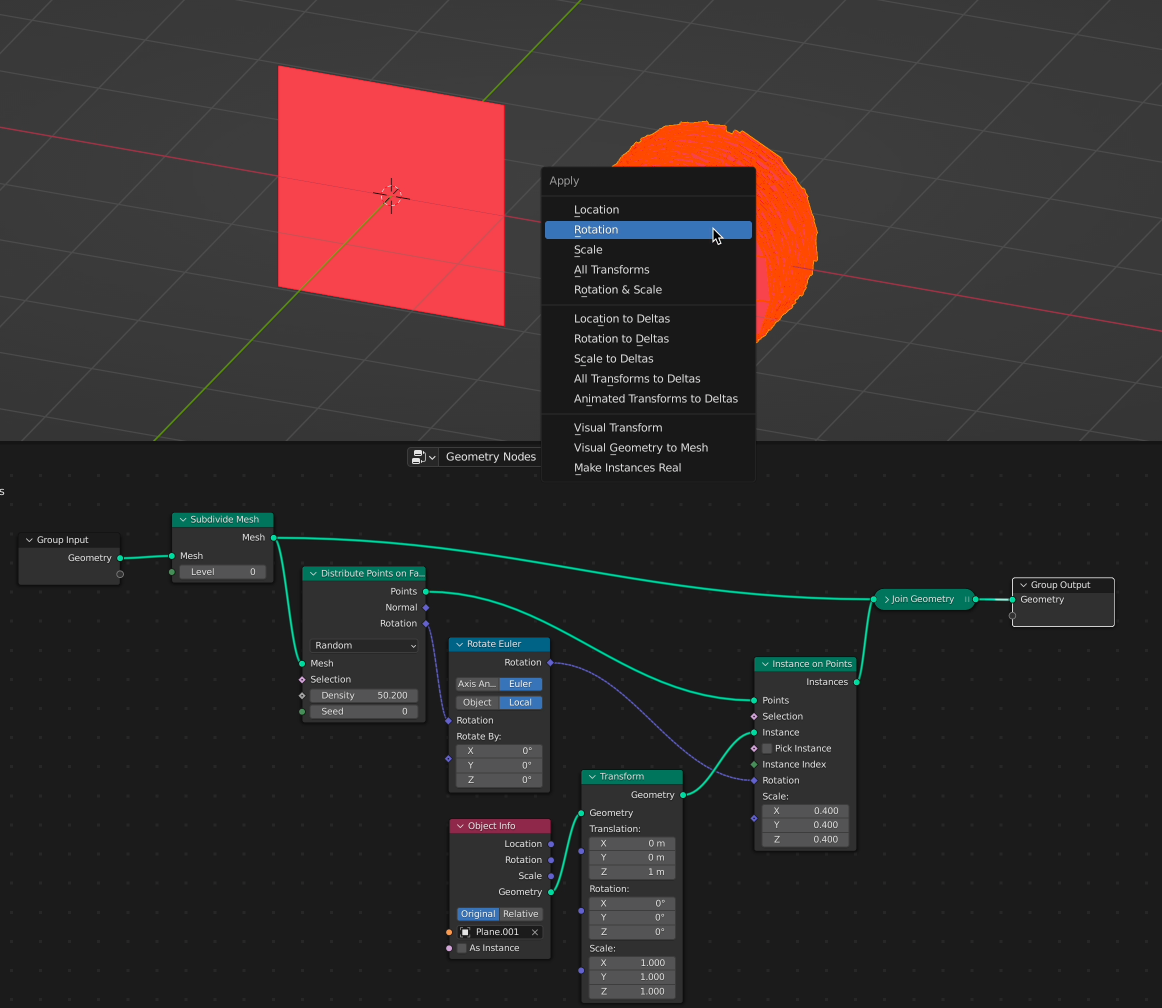 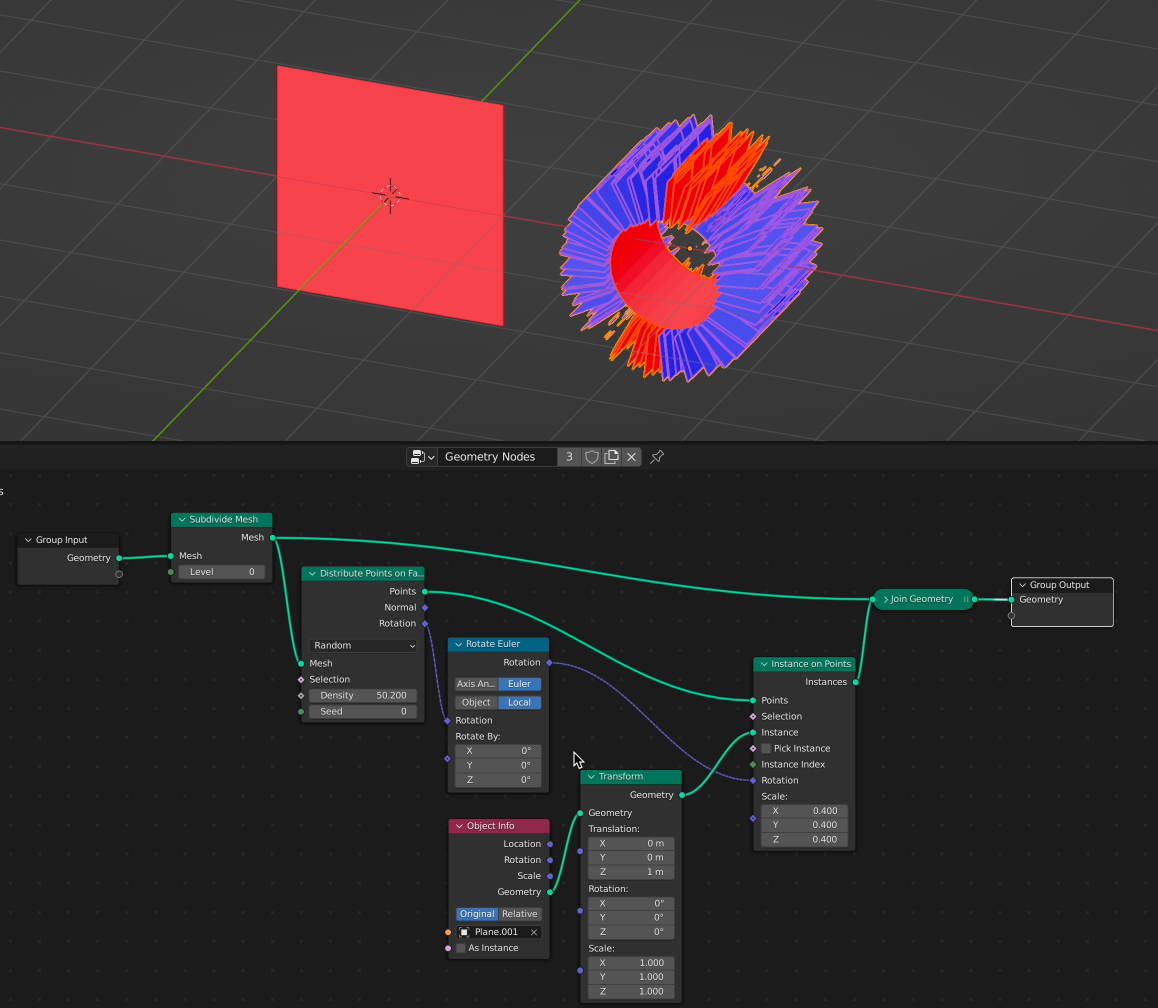 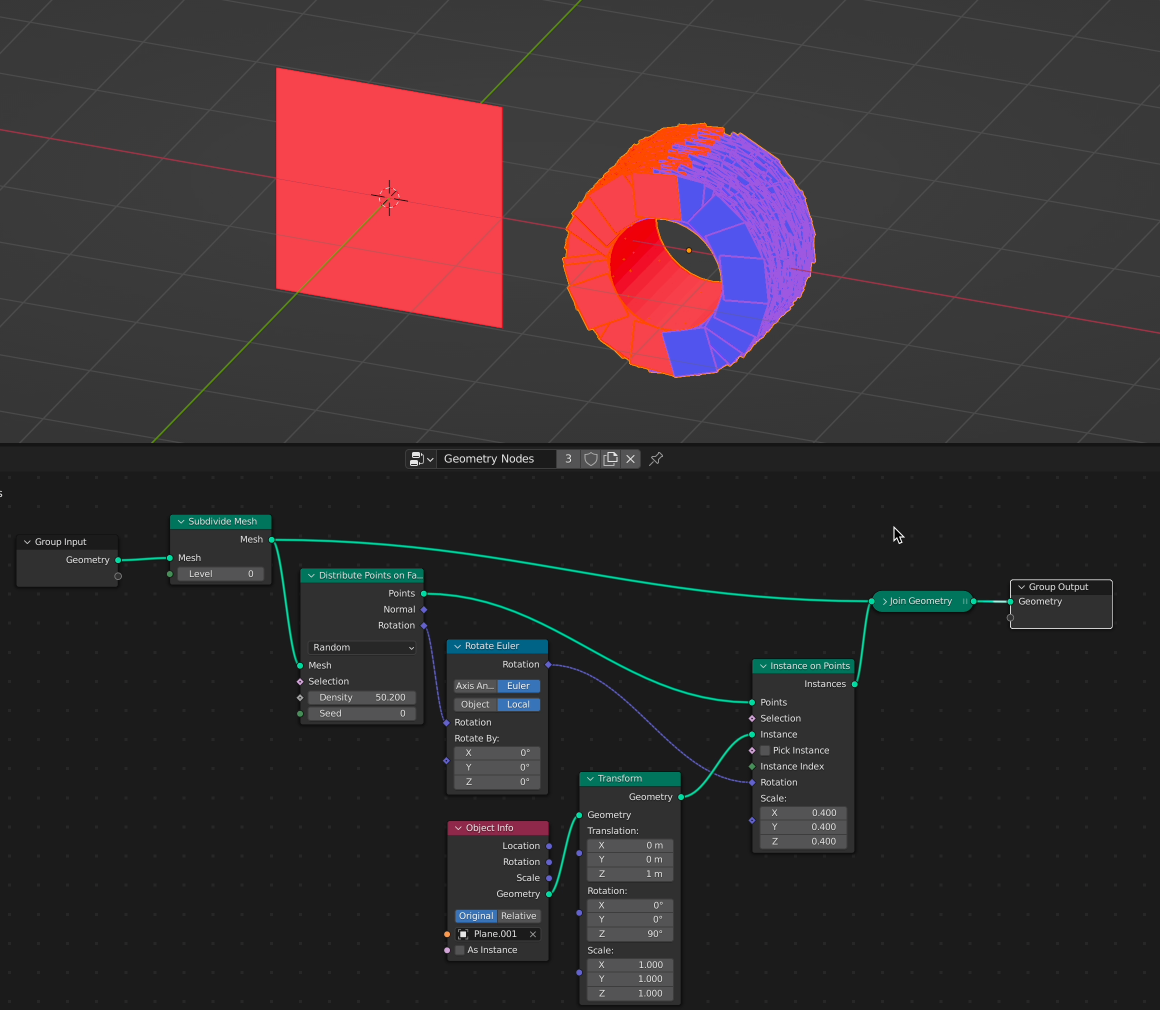 Note what the documentation for the Distribute Points on Faces Node says about the Rotation output:

Emphasis mine. The rotation of your planes is not fully-determined by the surface normal of your cylinder, and it cannot be, since there is no way to know what direction “up” should be for each plane (only what direction “out” should be).

If you need to guarantee the planes will always be placed facing the same direction, you’ll need to use the normal in combination with some other vector to compute an unambiguous rotation. For example, you could choose to make the planes always face “upwards” according to the object’s local Z axis: 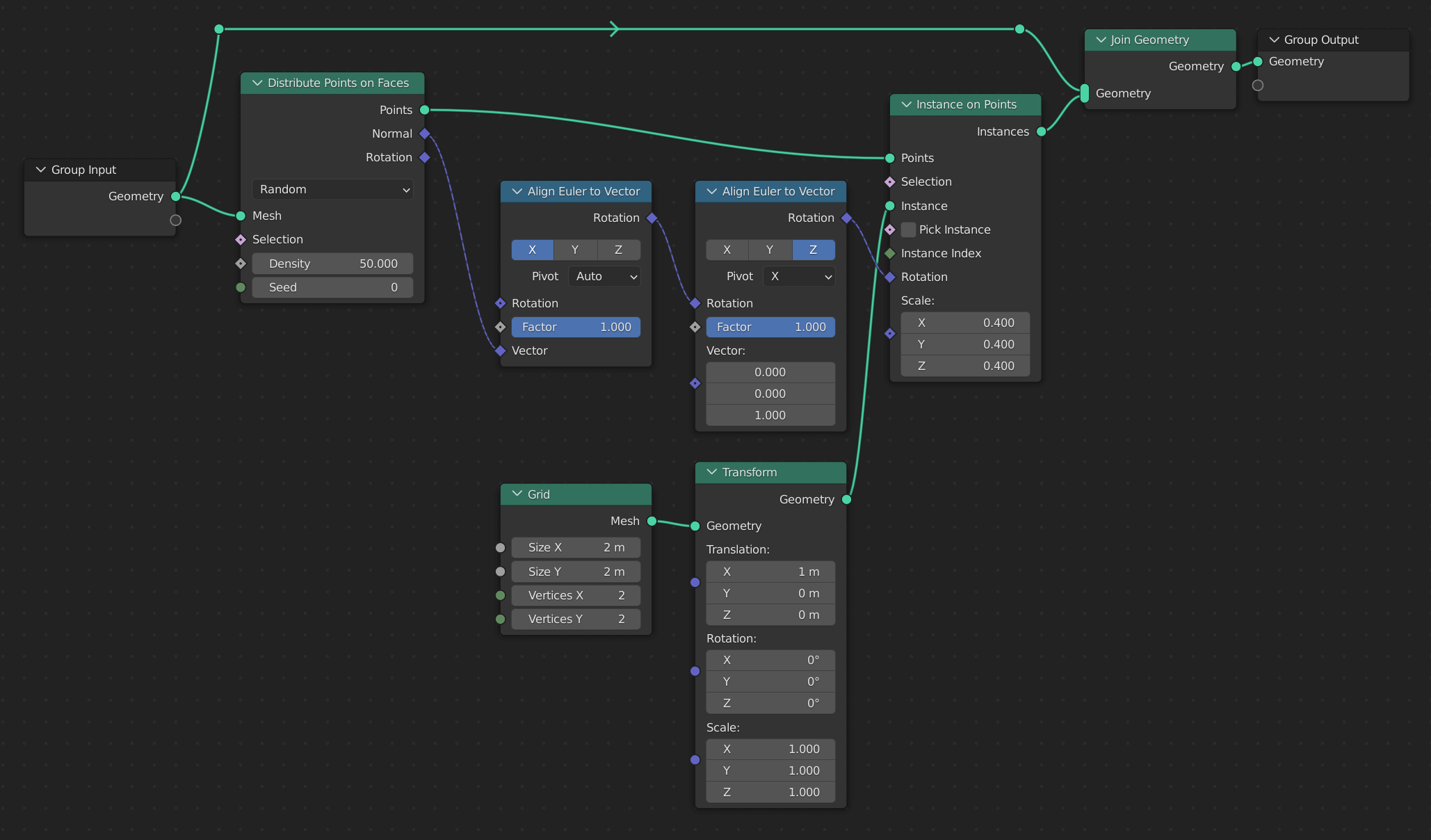 This results in the following when the object is rotated:

However, this is probably not what you want, since you presumably want the “up” direction for the planes to all point towards one end of the cylinder. Unfortunately, there isn’t really any consistent way to get that information—the concept doesn’t make terribly much sense for an arbitrary mesh. However, you could in theory compute it based on the relative positions of the top and bottom ends of the cylinder, like this:

This requires creating two vertex groups, one that contains the cylinder’s top vertices and another that contains the bottom ones, and passing those groups as the appropriate inputs. This results in the behavior I suspect you want:

However, this is a bit of a silly thing to do, and just not applying the rotation is probably a better choice.

I think you can get the rotations from normals. 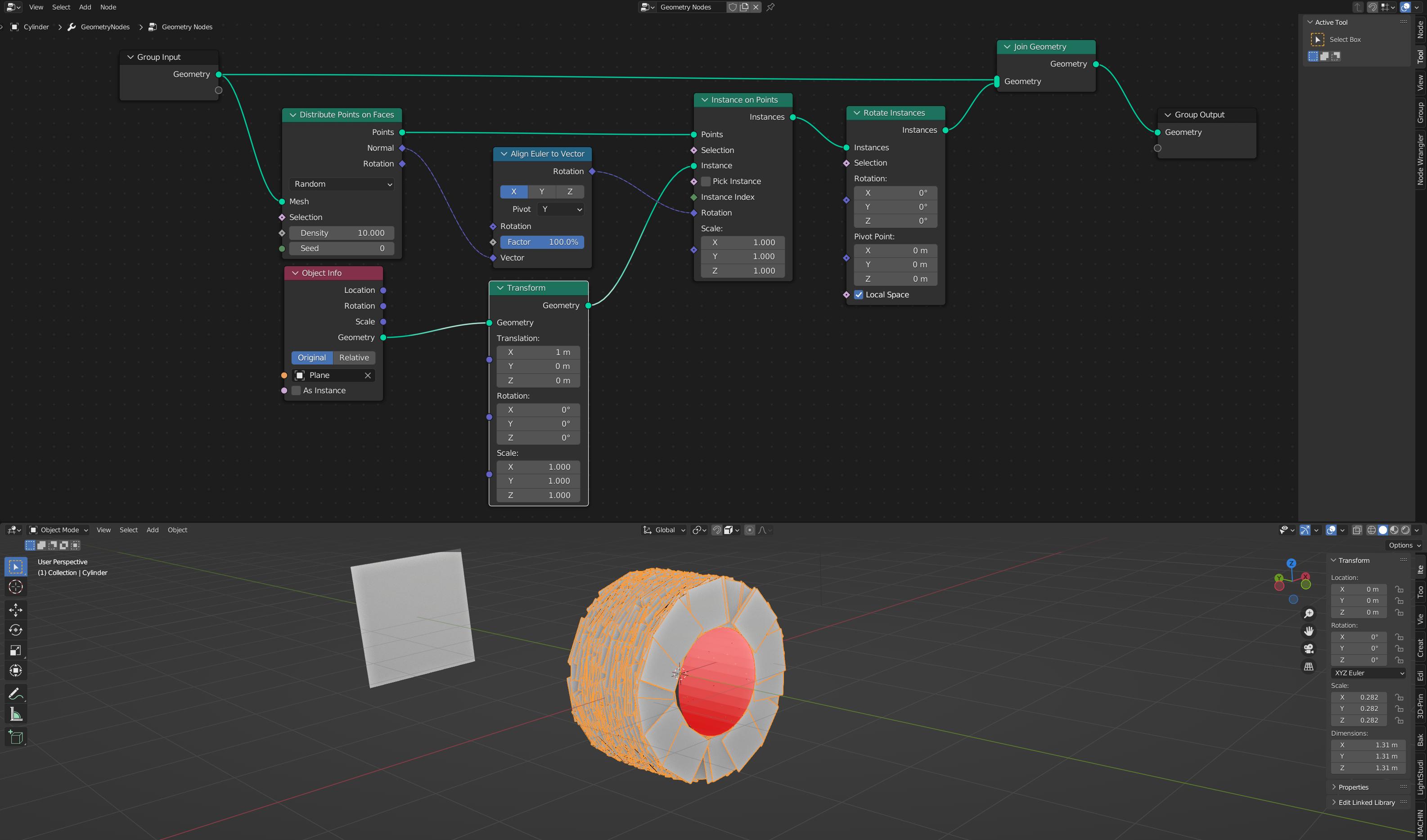 Not the answer you're looking for? Browse other questions tagged modeling faces normals geometry-nodes or ask your own question.