How to pick up a cloth simulation

I've recently watched Disney's Encanto, and I am in love with the clothing design. I've been doing some experiments in blender, and something that I just can not figure out is how to pick up a cloth half way through a simulation. Essentially I want to use a Hook modifier in conjunction with a cloth simulation, in which the hook only takes effect part way through. I have set up this example scene in which a cloth falls onto a ball. I have an empty in the scene which I would like to pick up the cloth and drag it off the ball, from a particular vertex. 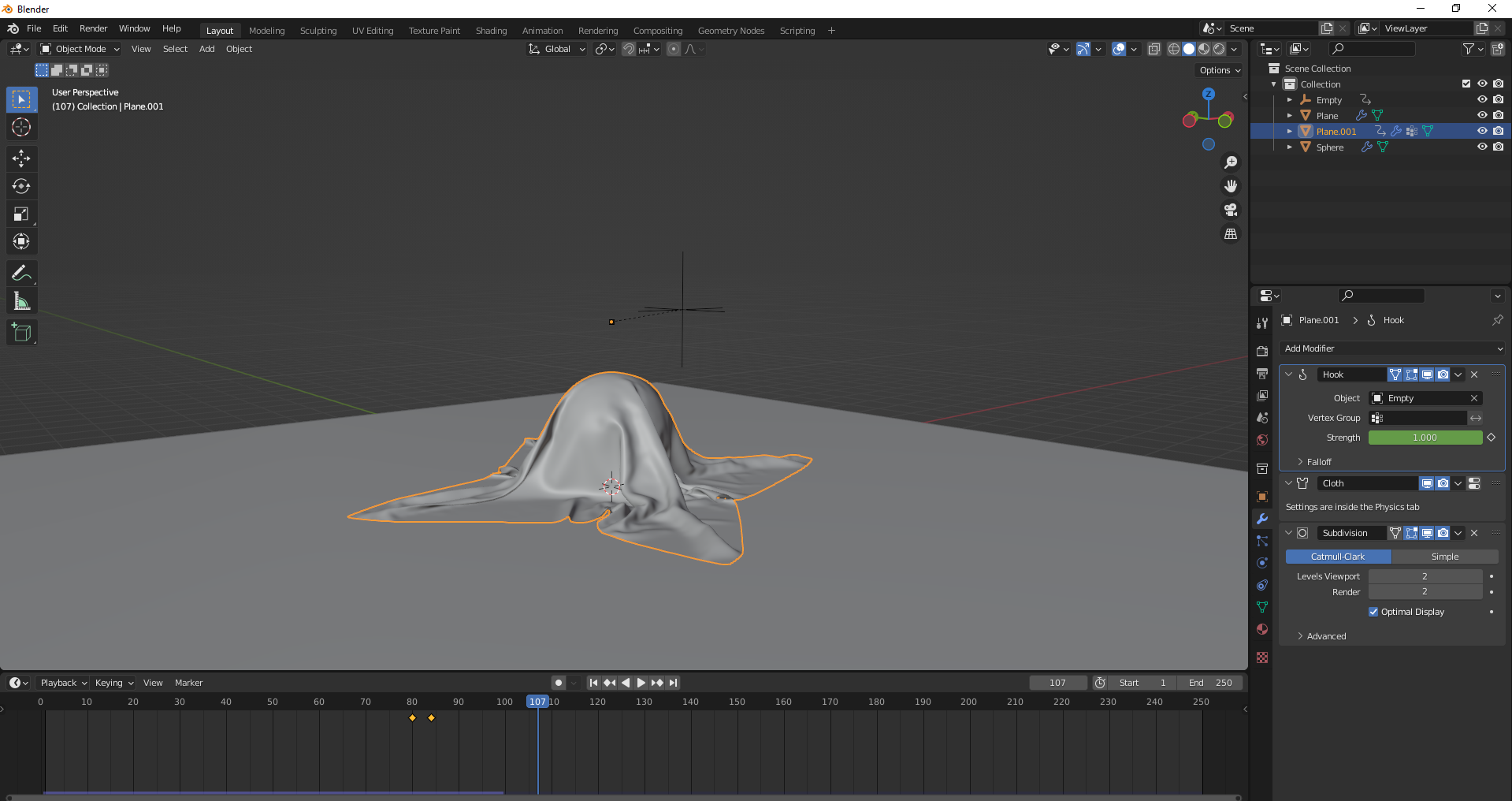 I would imagine that this would involve a Hook modifier, but I'm still stumped.

Browse other questions tagged animation physics or ask your own question.