cloth sim refuses to respond to any and all collision objects

Here is the blend file: https://drive.google.com/file/d/1EvQ3yYtWmFcM7evke1OW3uL0aInsn0rM/view?usp=sharing

I have tried everything, everything to stop my cloth sim wire from clipping through this cupboard and all of my other collision objects: 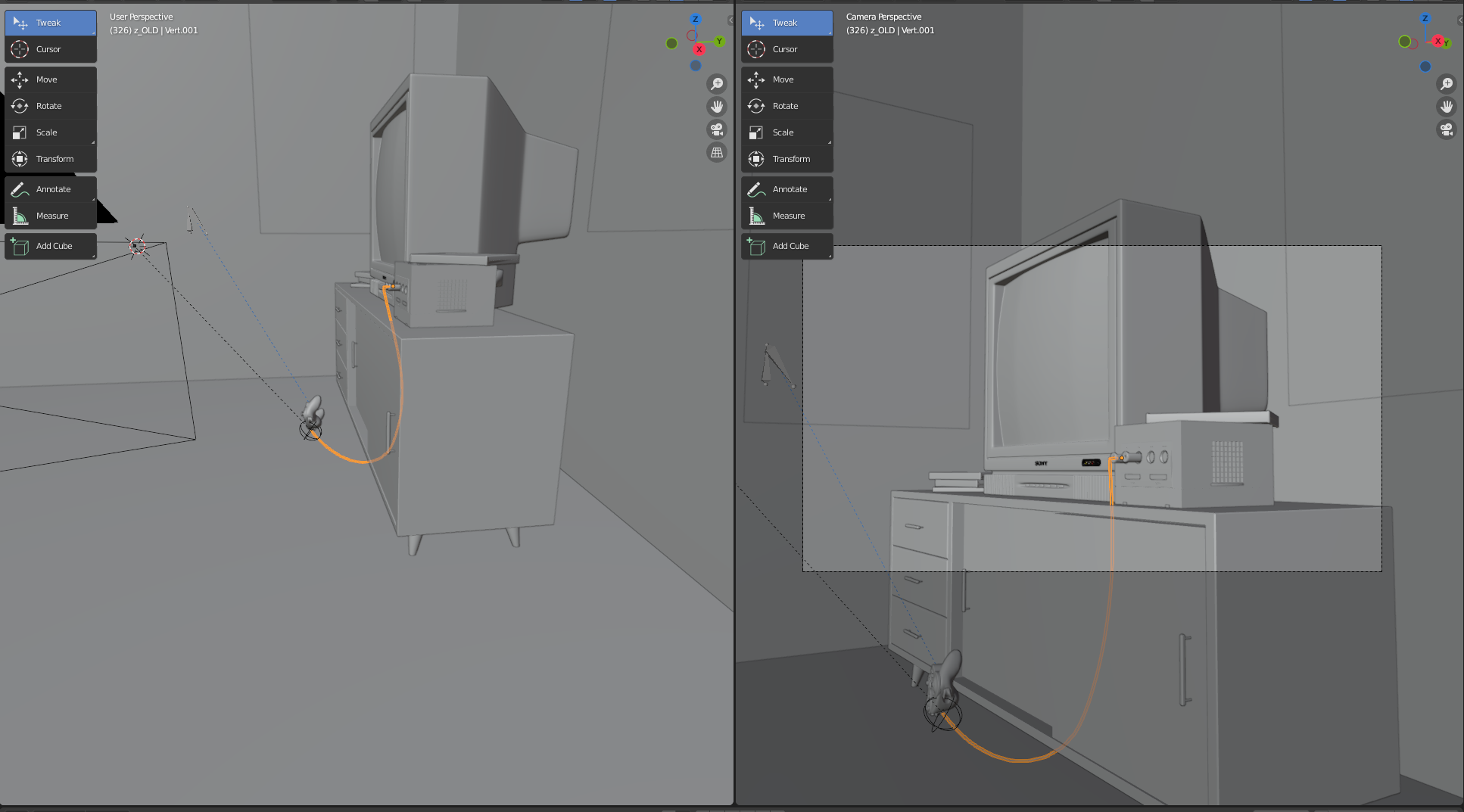 Here is a video of the animation as well: https://www.reddit.com/r/blenderhelp/comments/rpjik7/cant_seem_to_fix_the_collisions_the_cubboard_has/hq4omdy/?context=3

I made the wire starting with a single vert and drew out the line with extrude in edit mode, then applied the hooks, pins and cloth simulation. Everything about this works the way I want it to except for the collisions of the wire.

Here is everything I have tried:

Absolutely nothing seems to change when it comes to the wire clipping through any collision objects. The TV, floor and cupboard all have collision applied and it seems to completely ignore them all together.

Any help would be greatly appreciated! I have been working on this for a week straight and cant make any progress on this.

The main reason why the collision doesn't work is that the cable is just a few connected vertices (edges) without any faces.

Your physic settings are completely off. In the Collision settings of several objects you have set the Thickness Outer and Damping values to 1! (I guess you had been desperate). It's better to use a small value for the first, something like 0.05for objects that have a real-world size, and leave Damping at the default value (0.100).

Also in the Cloth setting you have set the Object Collisions > Distance to 1 meter! This freezes Blender completely! Go with the default settings and just lower the Distance value to 0.01 m. The same distance you can use for Self Collisions. But it was not needed in the animation above.

Furthermore, you have some other issues, that prevent proper collision detection.

What Chris already in the comment mentioned is that the face orientation of the walls and floor is wrong. This does not work because by default the Single Sided option in the Collision settings is enabled. This makes the collision detection only work for the outside of the object (which is the inside because of the flipped normals).

Last but not least, if you run physic simulations apply the Scale to all objects so the objects have their Scale set to 1.000 (Ctrl+A in Object mode). You can check this in the N-panel in the Transform tab. Don't forget the Empty. Since you're using cloth and rigid body simulations it's a good idea to apply also the Rotation for the objects that are involved in the simulation. Applying the Location depends. Sometimes you need to apply it (=reset to 0,0,0) but sometimes you need to set it to the center of the geometry. Later is needed for the floor for example.

Checklist To Get The Animation Running

Not the answer you're looking for? Browse other questions tagged mesh physics cloth-simulation collision or ask your own question.

8
How to exclude objects from cloth's collision?
7
Cloth collision with an object
3
Enable Collision for multiple objects
0
My Cloth Sim with Pressure is Acting very Unusually
2
The problem of simple cloth objects penetrating each other
1
How can I stop the cloth sim from going through the mesh?