Stretching a texture across multiple instances created by geometry nodes

So I'm making this building with geometry nodes, and the rooftop consists of planes instanced on a grid. What I'd like to do is assign a material such that it it stretching across multiple instances, and not ending where the geometry of each of these tiles end. Is this even possible? I've attached an image of the building. So, instead of the same small piece of texture on each of the building blocks I'd like a big one that is on multiple blocks. 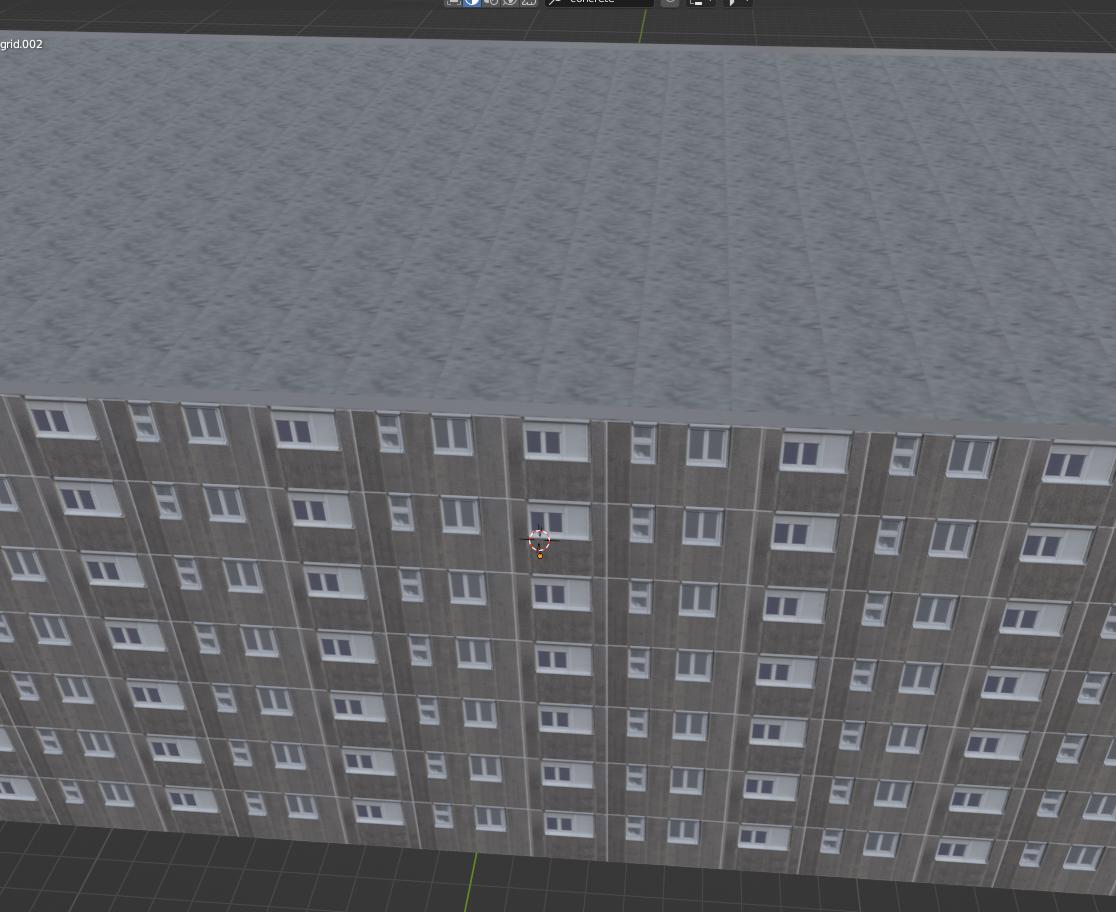 Your roof tile is the "Plane" object, and it's associated material is "Concrete material". The texture coordinates are generated by these two nodes: 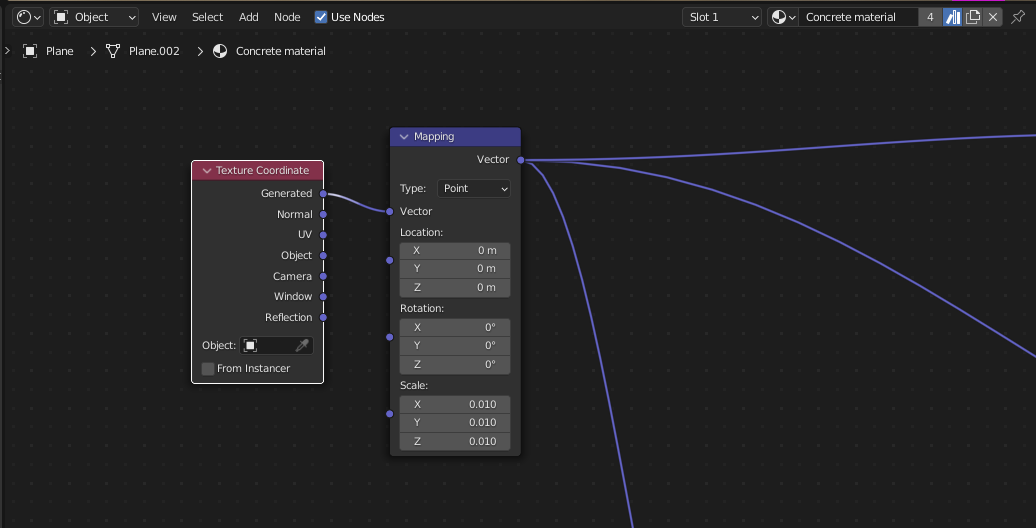 This material will run separately for each instance of the "Plane", but the coordinates produced by the "Texture Coordinate" node are "Generated" coordinates. For your "Plane", this means it's the unit square mapped onto that mesh, with (0,0) in one corner and (1,1) in the other. So, even though this material is recalculated for every instance, it's always run with the same unit square coordinates feeding into the Mapping node (which appears to scale them down to a tiny corner of your texture, which gets reused for every instance.

The simplest thing to do is switch from "Generated" to "Object" coordinates and then specify the "Object" as grid.002: 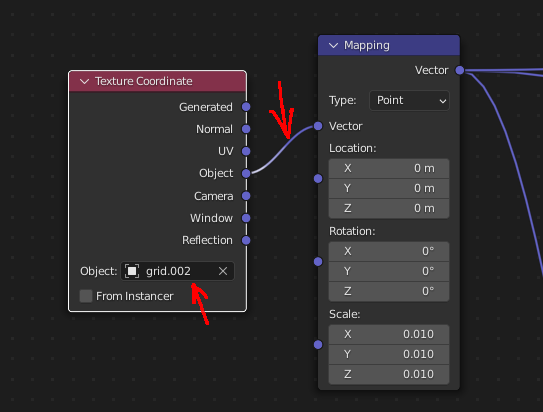 The result will be that the entire texture will be mapped across the roof, subject to the scaling and other adjustments in your Mapping node. 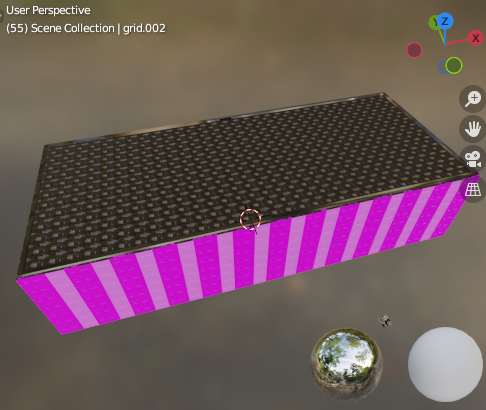 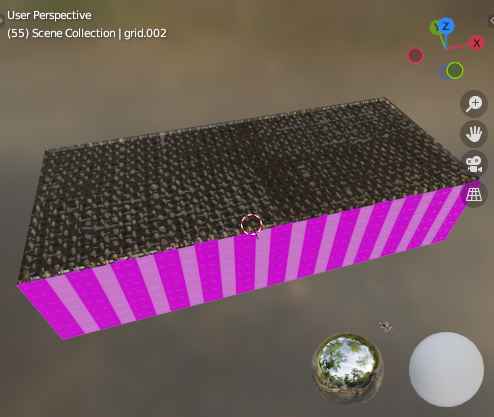 Not the answer you're looking for? Browse other questions tagged shaders geometry-nodes or ask your own question.

3
Geomtry Nodes: point instance texturing
5
How do I build instances on a grid with Geo Nodes?
3
How to loft between 2 shapes using Geometry nodes?
0
Is it possible to link values across multiple geometry nodes modifiers applied to the same object?
0
Geometry Nodes - Sort instances into selection groups by distance
3
How to assign a different material color to each geometry nodes instance
1
Geometry Nodes: Transfer materials to instances touching faces
4
looking for a way to evenly space objects instances across mesh