Import a bvh file and export it to be the same

I have a bvh file found here and I want to import it to blender, then export it again so that both the original (imported) and exported bvh files are identical. I'm not sure what options I should choose to import and export the bvh files so if anyone could please advise.

When I keep the default options to import and export, then open the bvh files, they are totally different, this is the resulted bvh file.

So if anyone could please advise.

I looked a little closer and found a solution. On importing, there's an option to set which axes point up and forward. Set those to Z up and Y forward. 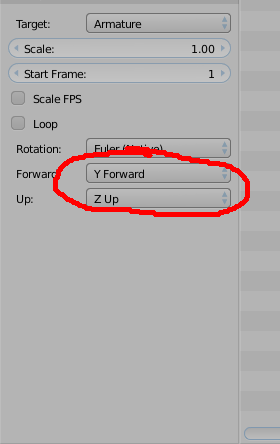 Here's the original file with the axes set like that:

And here's after exporting it and re-importing it with the axes set like that: 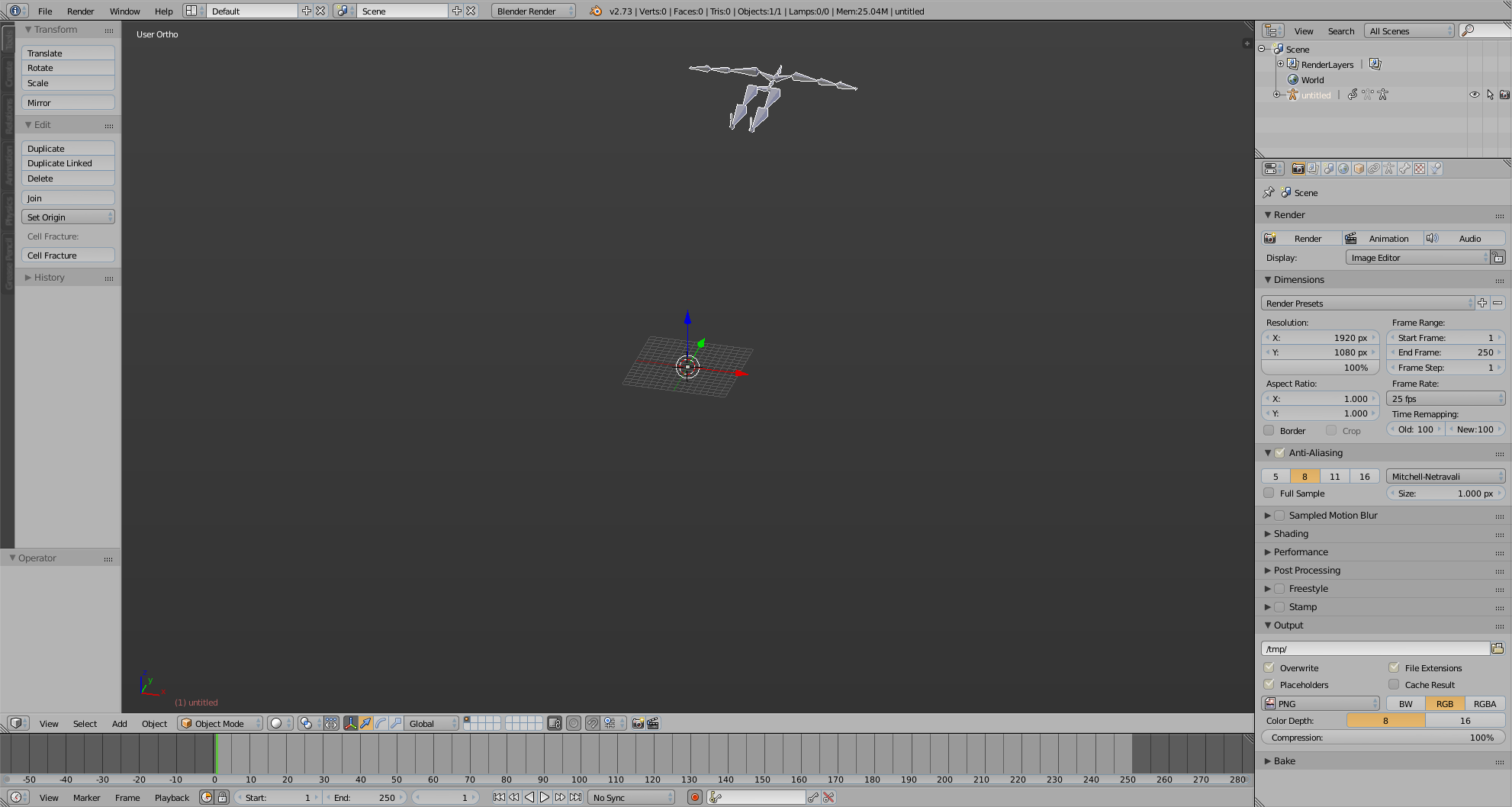 As you can see the entire scene gets rotated when you do this, but the files are essentially identical. A possible workaround would be to import with the axes set to their defaults, and when you're done working with it, select everything and rotating it by -90° around the X axis before exporting. Snap the 3D cursor to the world centre (ShiftS > R) and set the pivot point to 3D cursor before rotating.

Not the answer you're looking for? Browse other questions tagged animation export armature import or ask your own question.

59
Is it possible to make Blender a Y-up world?
1
Import a .mhx file and export it to .bvh problem

6
BVH Export/Import, Armature different when re-imported
1
Import a .mhx file and export it to .bvh problem
2
Import and exported File have different sizes though they are identical
0
UV map quality decreases after importing wavefront object that is exported as obj before
0
Import Unity Model and Animations to Blender
2
Import STEP file to Blender