Boids jump or teleport to collision object along Z axis

FYI: My boid brain prioritizes Flock then Separate, Avoid and Goal, with the light as the goal and the empty sphere just above the emitter plane as the object to be avoided, but these seem to have no affect on the weird "jumping" in location described above. I've tweaked with the settings for days to no avail--hence the title of this post. 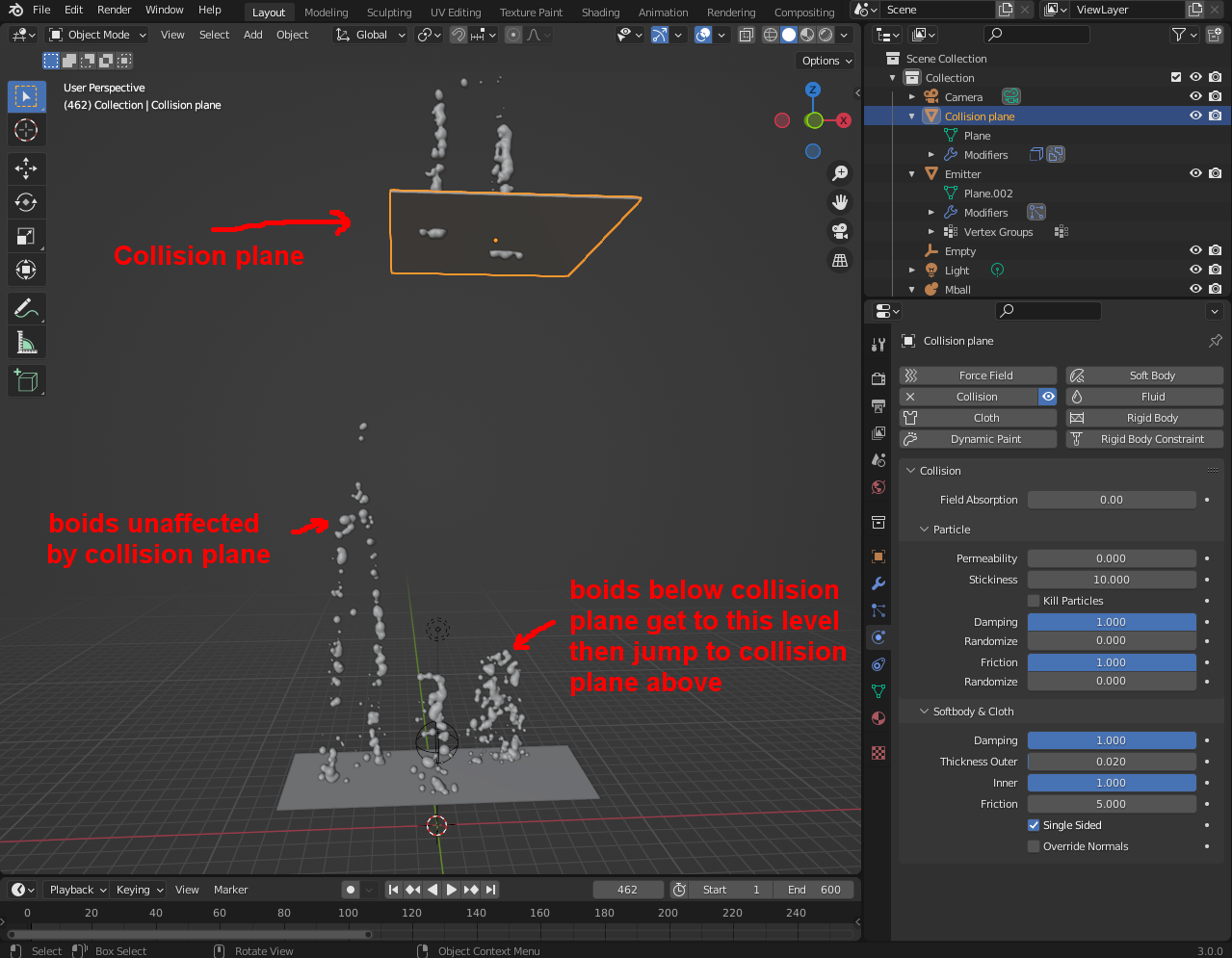