Hi! I chroma keyed a green screen video in DaVinci Resolve, then imported it with Image As Plane into a blender scene as an Emission node so it’s not affected by lights in the scene (I just change emission strength to match the scene).

In DaVinci, the key is fine, and there is no weird dark outline. But when imported into Blender, it looks like the following:

And here's the node tree: 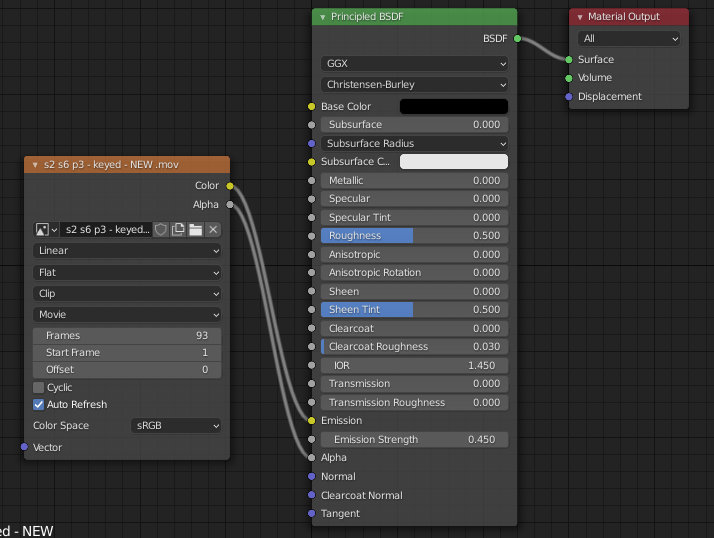 Why is this happening, and how can I fix it? The only thing I can think of is that there’s something wrong with the codec I used to export the keyed video from DaVinci, or something’s up with Blender.

And for all this:

Just fixed it. The problem was my original key.

Originally, I never tested the key against a white background. It was always either transparent or black. Thus, I never saw the dark outline.

Then I fixed the key, imported it into blender, and it worked perfect.

Not the answer you're looking for? Browse other questions tagged rendering cycles-render-engine image video chromakey or ask your own question.

1
Image textures with transparancy Help
1
Moving Videos on Green Screen
4
How to put green screen video on a plane in Cycles
1
Green screen transparent layer questions video editing
2
Emission shader on large object is black in Cycles?
1
volume scatter in blender giving me a dark screen with some crazy amounts of fireflies
0
Is there a camera exposure meter in Blender similar to a DSLR, so I can color correct outside of blender? All I see is a histogram