I am having a real problem figuring out how to fix this. I have instanced an object along a curve and applied the rotation of each point, but the corners average the angle of the segment before and after. I need these objects to aim directly at the next point in the curve so there are right angles and connected rather than these 45˚ oriented objects with open gaps, but I cannot figure out how to get that data into the geometry nodes. This same problem occurs if I use a mesh, so that's not a solution. I essentially need the normal of each segment along the curve, not the point's, which averages the normal from both adjacent segments. 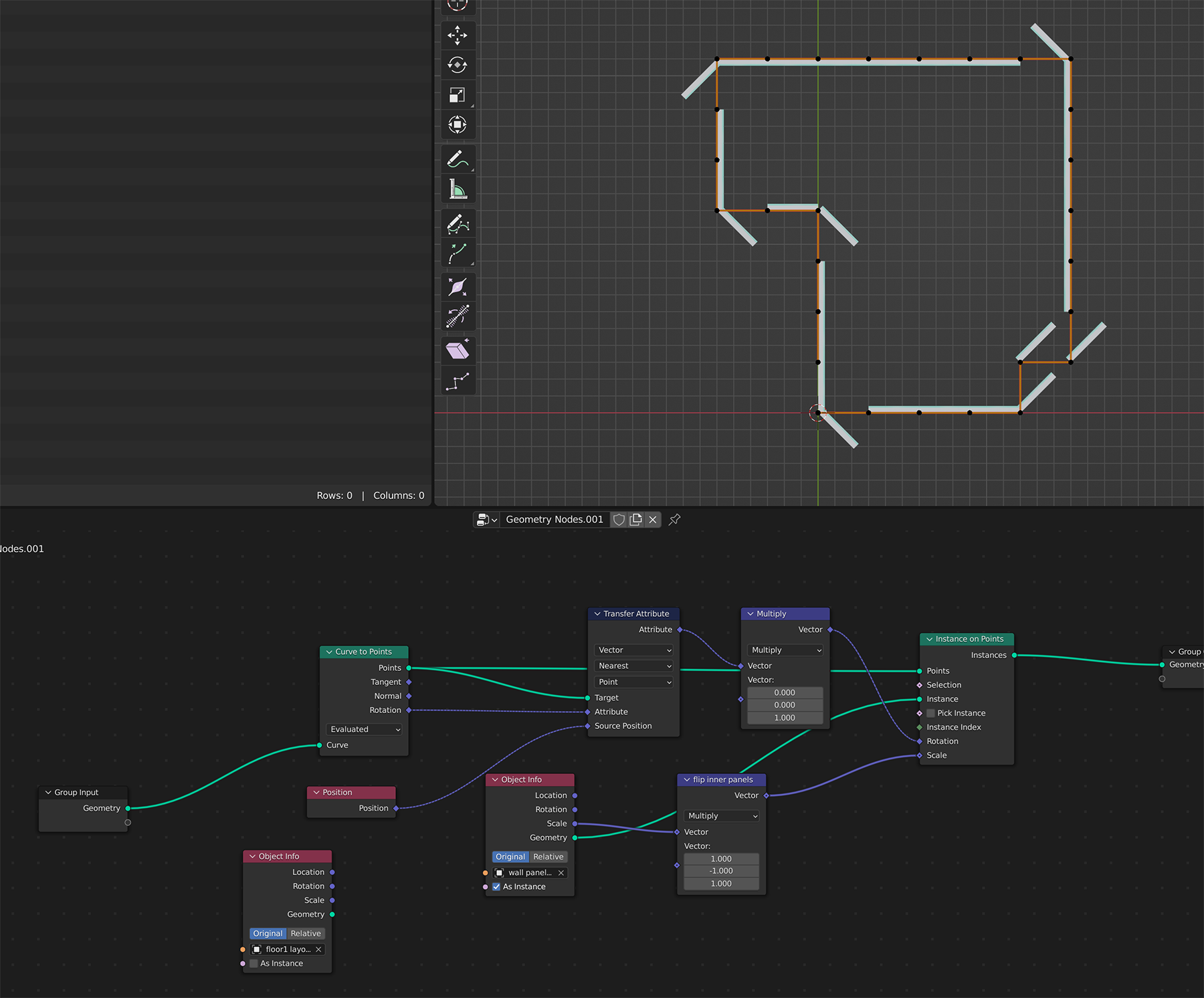 First, I would put the pivot point of the wall panel on the Y-axis at its center so you don't have to instantiate it at the endpoints.

Then I would simply subdivide the curve once with the node Subdivide Curve.

If you then use Instance on Points, but only instantiate at every second point by applying the math node Modulo, you can directly use the normals of the points.

The node Align Euler to Vector makes a suitable rotation out of it. 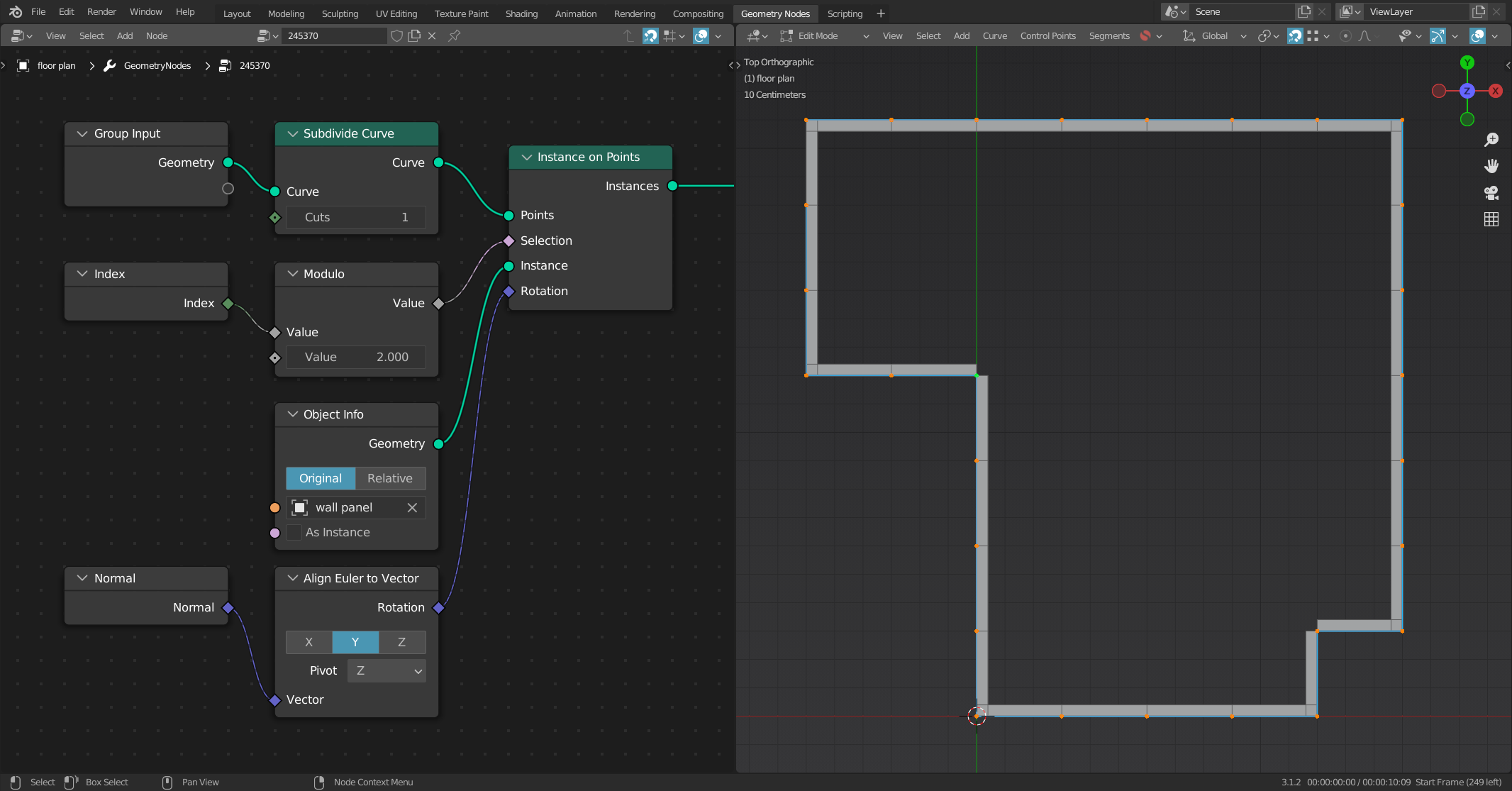 16
how to bend geometry with geometry nodes