How can I make a child bone rotate relative to its parent only?

I have a body-neck-head rig that looks like this with no pose: 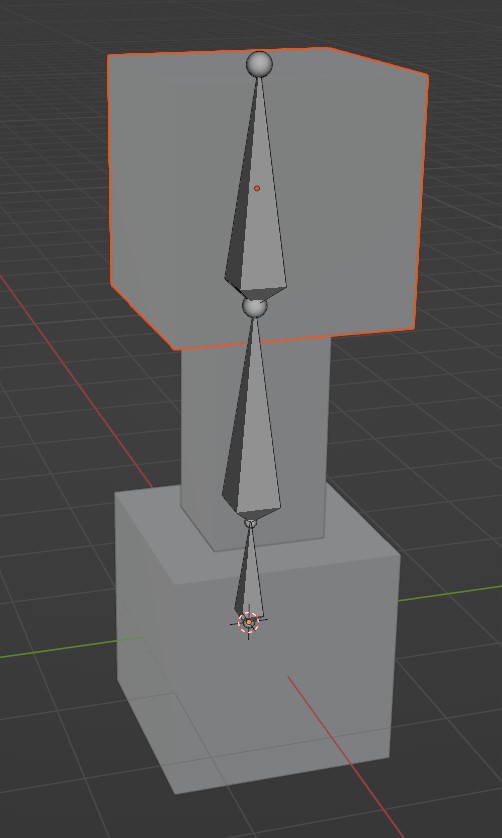 Being a child, the neck should rotate with the body. This works by default when rotating the body bone: 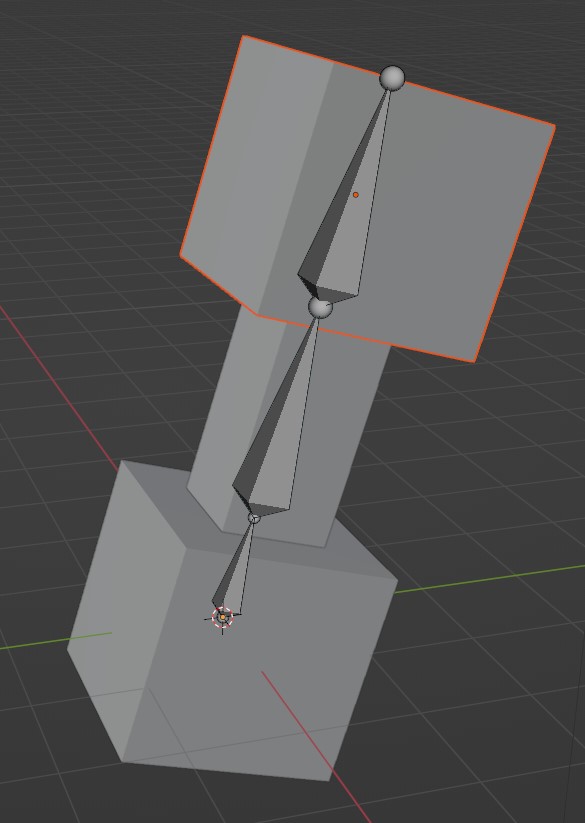 However, the neck should also be able to turn on its Z axis independently of the body. This works if the body is only rotated on its Z axis: 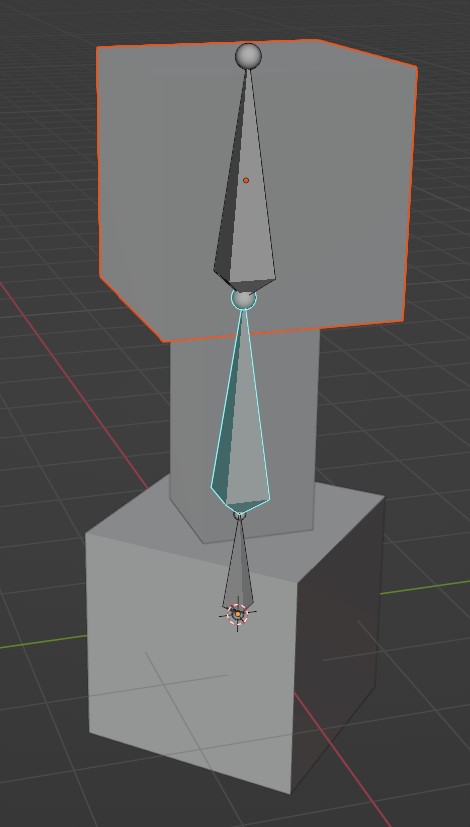 But it gets messed up when I Z rotate the neck if the body has been X or Y rotated: 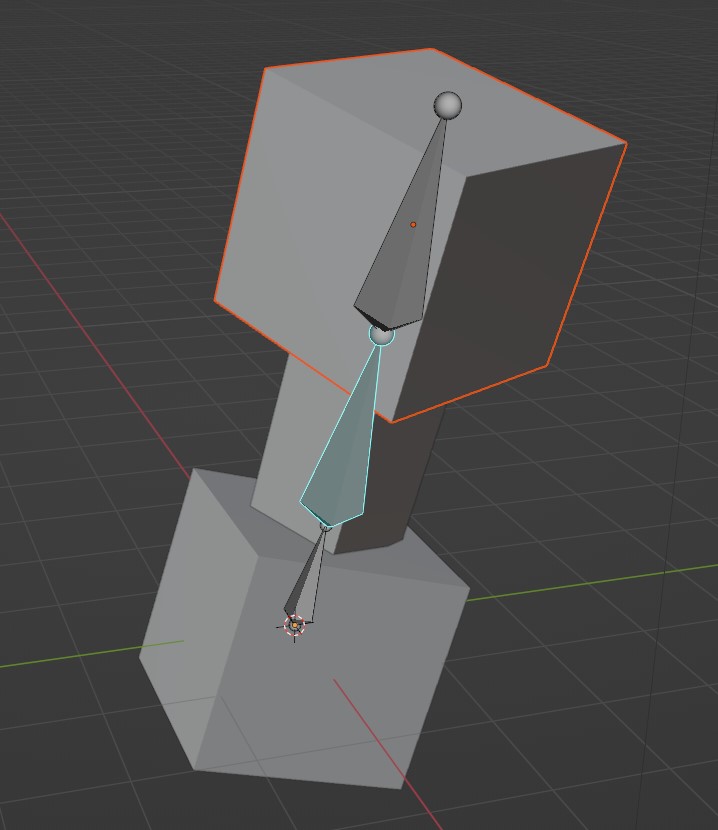 First of all, activate axis visibility. This is not mandatory but will help to see how bones axis are. 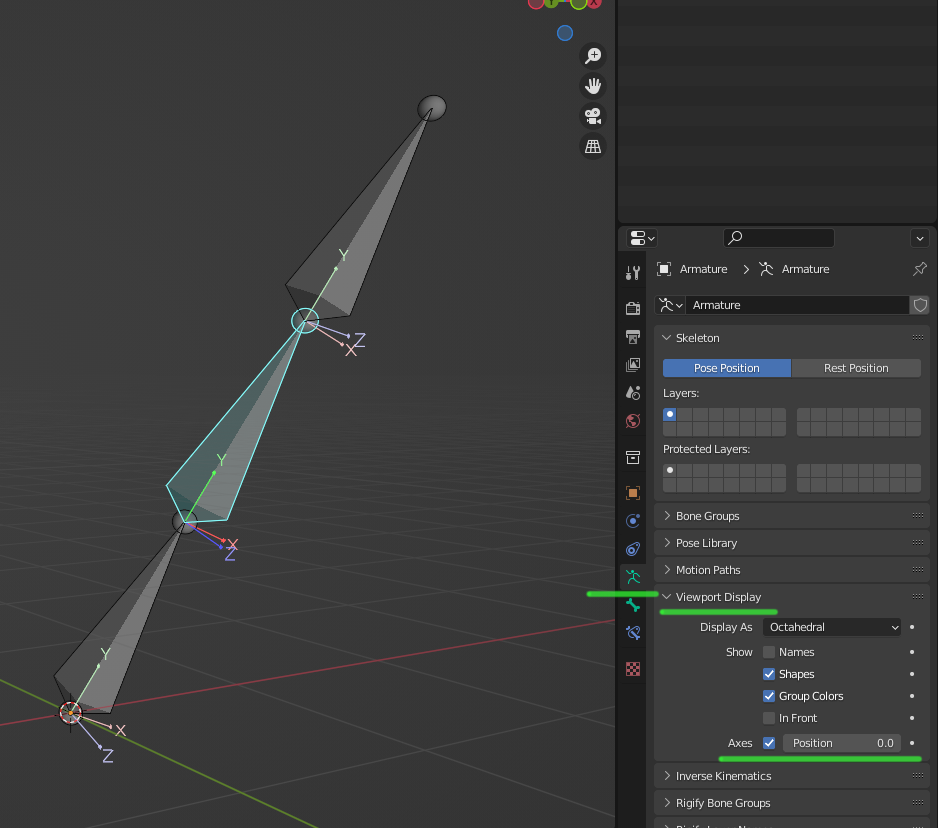 Thanks to that, we can see that Y is the bone axis (between head and tail).

So to rotate around the neck (second bone in this example), you can R then YY (Y twice) as that will design local Y as rotation axis.

If you want to allow only rotations around Y, you can use a "Limit rotation" constraint, with X and Z checked, and "owner" set to "local space". 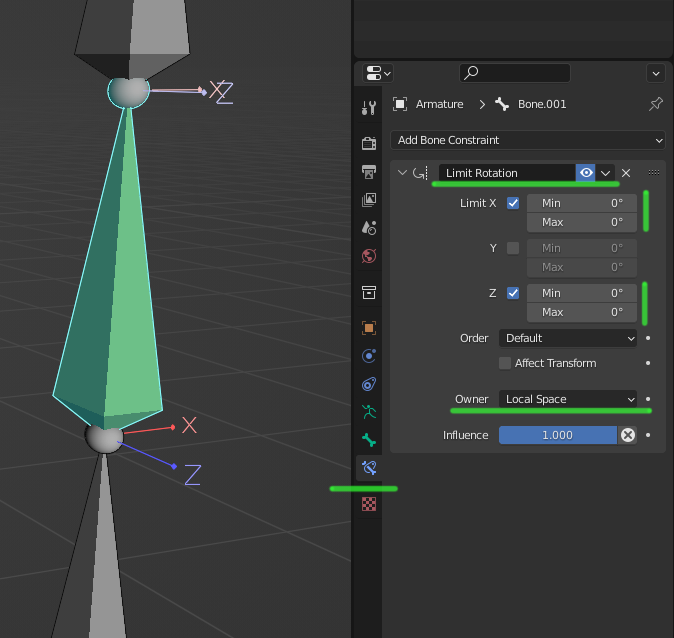 By default, Blender uses Global transform orientation for everything. Which means that the X Y and Z axes used for any transforms are those of the scene World: 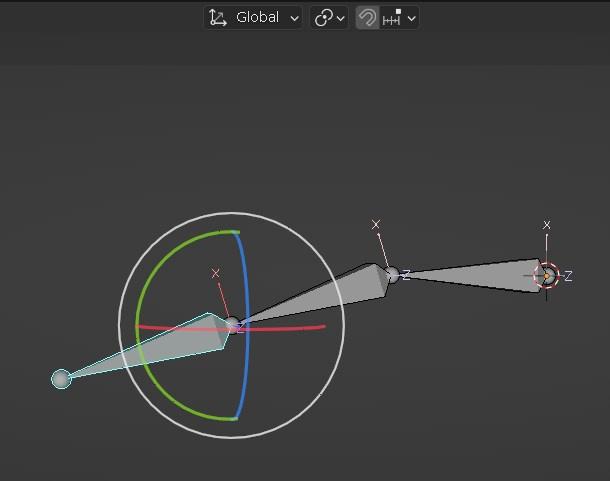 What you need here is to switch to the active bone's axis, which is accessed by setting the transform orientation to Local: 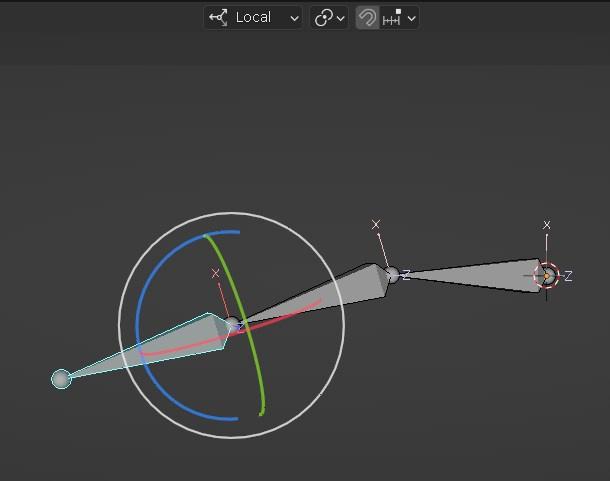 Not the answer you're looking for? Browse other questions tagged rigging bones pose-mode or ask your own question.

4
Why does my armature's bone rotate 360°, but the mesh only rotates 180°?
4
Bone's constraint limit X axis rotation more than 180° doesn't work
1
Why the mesh is twisting when base bone is rotated?
2
How to rotate bone perpendicular to plane with parent bone
2
Make the IK bone only rotate on the x-axis
0
Making a bone match another bone's rotation on a single local axis