How to deal with Cannot Execute Boolean

Some times when using a Boolean modifier, it will return the error "Cannot Execute Boolean Operation". 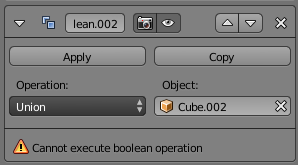 This will often happen with multiple Boolean modifiers.

Here is an example file.

What causes this? How can I work around this?

My best guess would be the clue that the console window provides upon opening the file:

"...intersecting group is not in or out".

If there are no intersecting faces then there is nothing to join. The faces of the mesh to be 'unioned' are neither inside the current mesh not outside of it, they are directly on top of it.

I openly admit this is just my theory based on the error message so I could be wrong. I would presume, based on the objects included in the blend file that this is a simple mistake of using 'cube.002' twice as 'cube.001' isn't used in any of the booleans.

Then the face or object that's being applied with a booean doesn't have enough vertices on it. subdivide the face or use the knife tool to create many edges on that face.... C4our your welcome 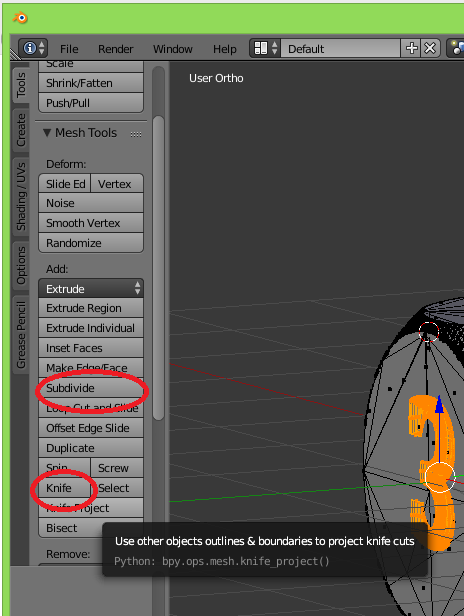 It may be, there are missing some faces, from your "Cutter" object. Turn on the face selection mode (in edit mode -> ctrl+tab) and check for missing faces.