TLWR: How do I randomize any value in Geometry Nodes (Blender 3.0)

Some versions before the Geometry Nodes fields update there was a node labeled "Attribute Randomize" which randomized whichever value. But now in 3.0 that node isn't there anymore, and trying to randomize a value with the "Random Value" node results in an incompatible socket connection (the connection to the Transform node turns red).

For context, I'm trying to randomize rotation on some instanced points. I've tried finding a way to do it but no tutorial seems to go over those changes.

Unfortunately, the Transform node doesn't support fields as inputs, only normal vectors. However, you can use this simple node group to transform objects based on fields:

Which then supports the output of the Random Value node.

For transforming individual instances, you can use the Scale Instances, Rotate Instances or Translate Instances nodes, which can easily be built into this node group: 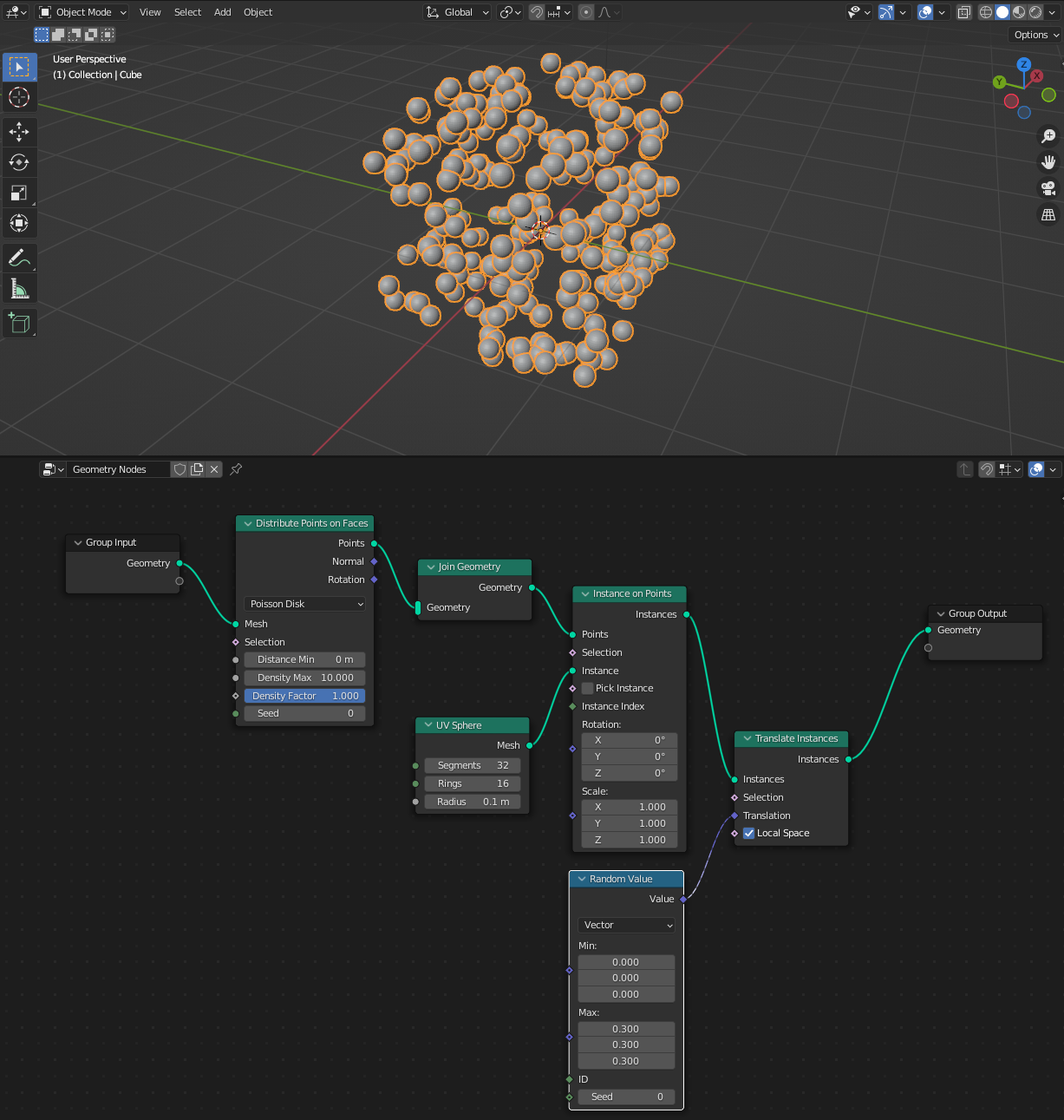 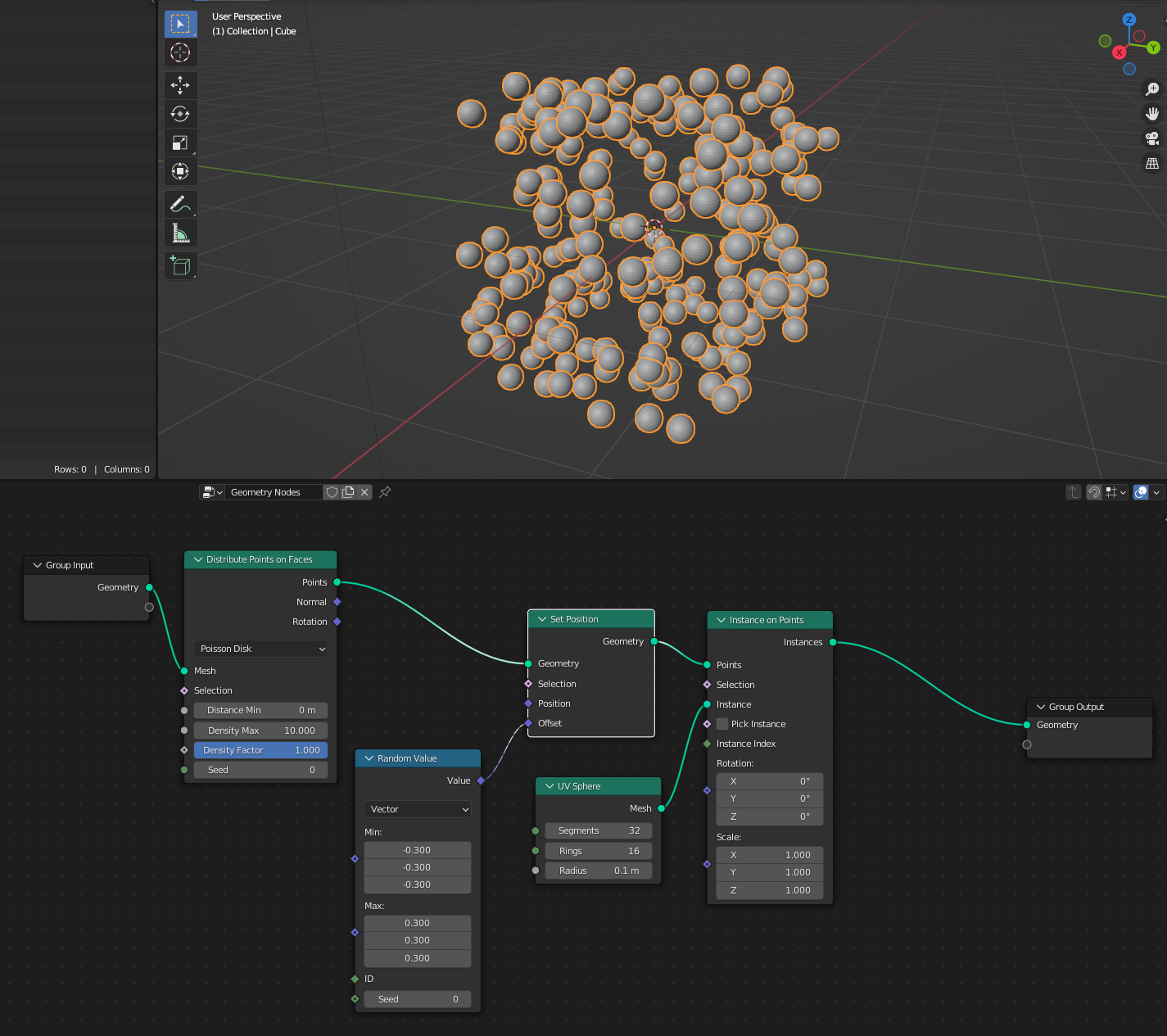 I think this method is suited for many manipulations. For example, the method is easy to change point's Z-axis value according to input mesh's positions with sine function. 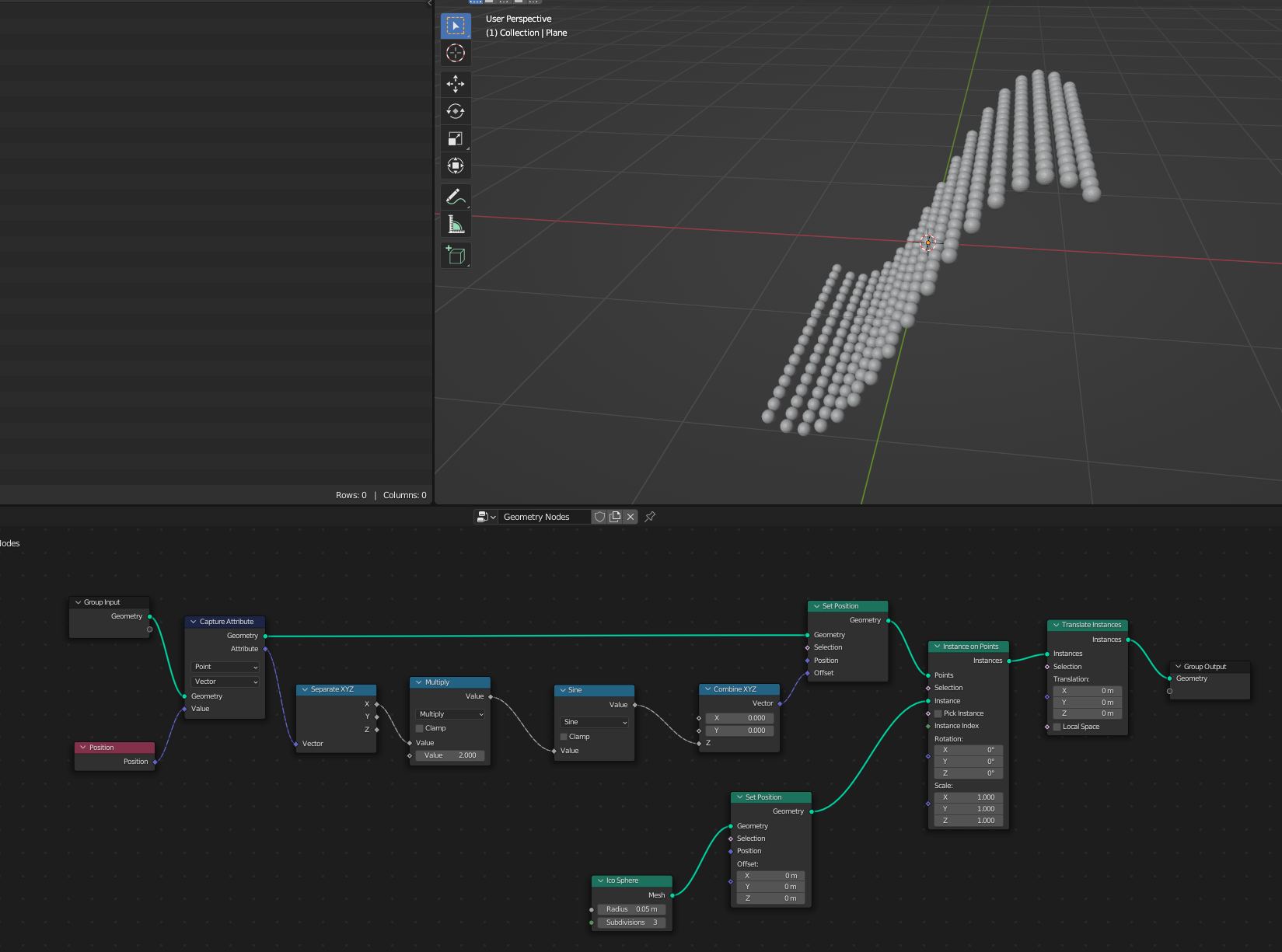 ( Input mesh is a plane, and added a modifier of Subdivision (Setting to simple and Levels Viewport is 4. )

I'm very new to the geometry nodes but this worked fine to me. For the "Random Value" node you have to drag from the ID and setup the right kind of data-type you're going for in addition to setting the "Vector/Float/Integer" data-type in the top of the node. 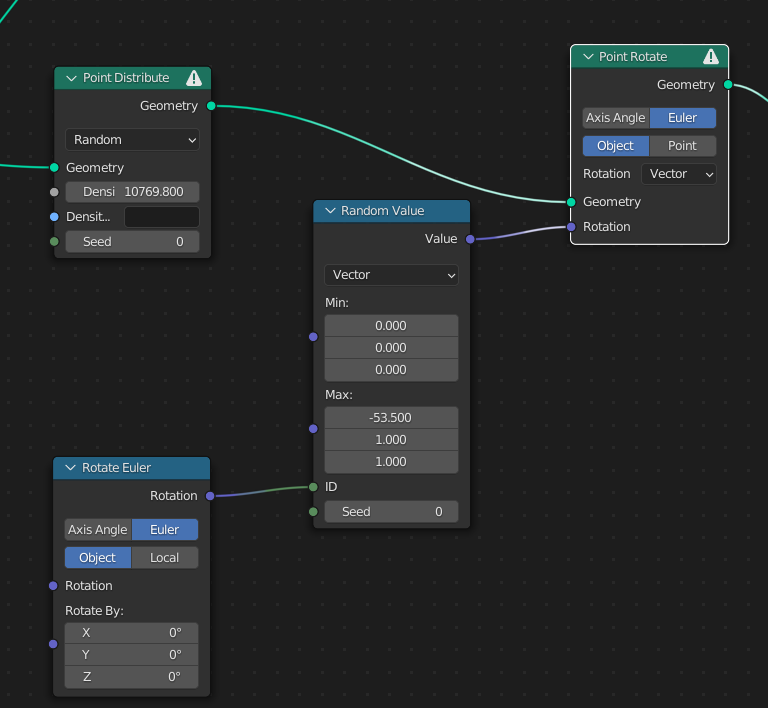 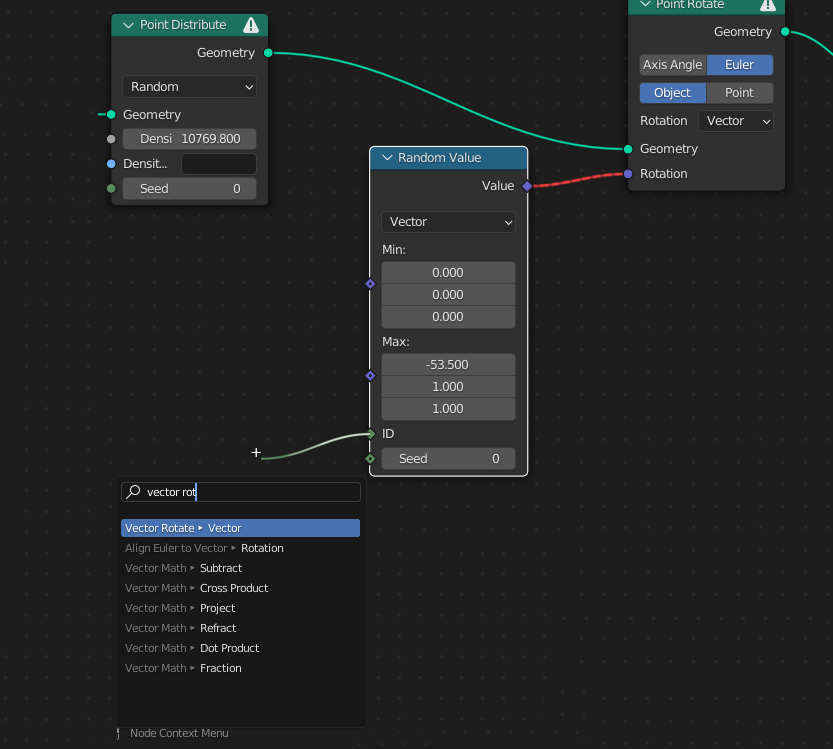