I'm using Cycles and finding that the image I see in the 3D Viewport (when using rendered shading) is far crisper than the final render produced with Render Image (F12). I can't work out why.

First, the render as seen in the 3D Viewport (you can see the 3D Cursor) etc.: 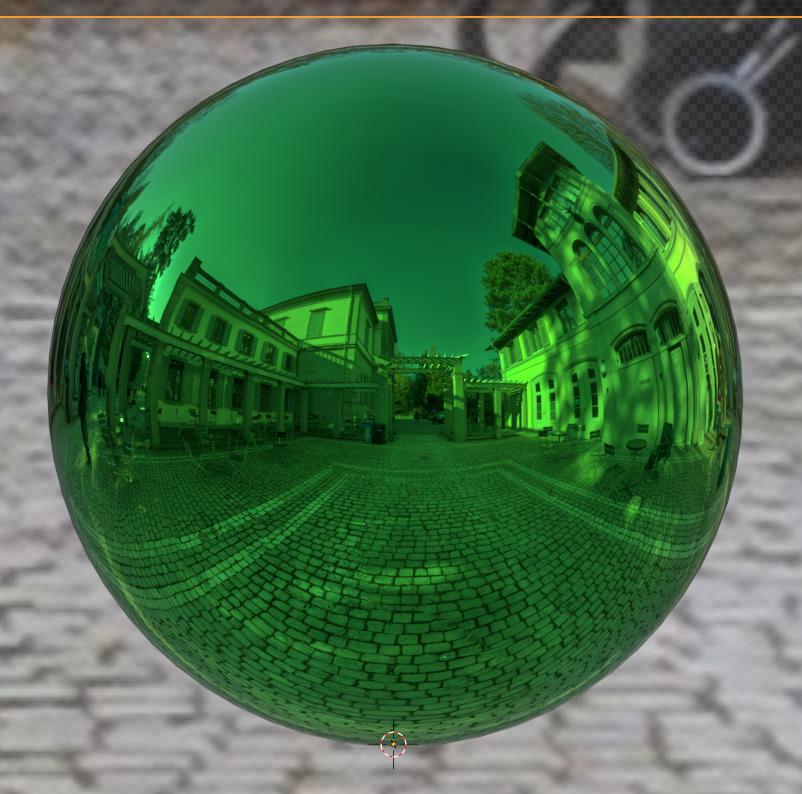 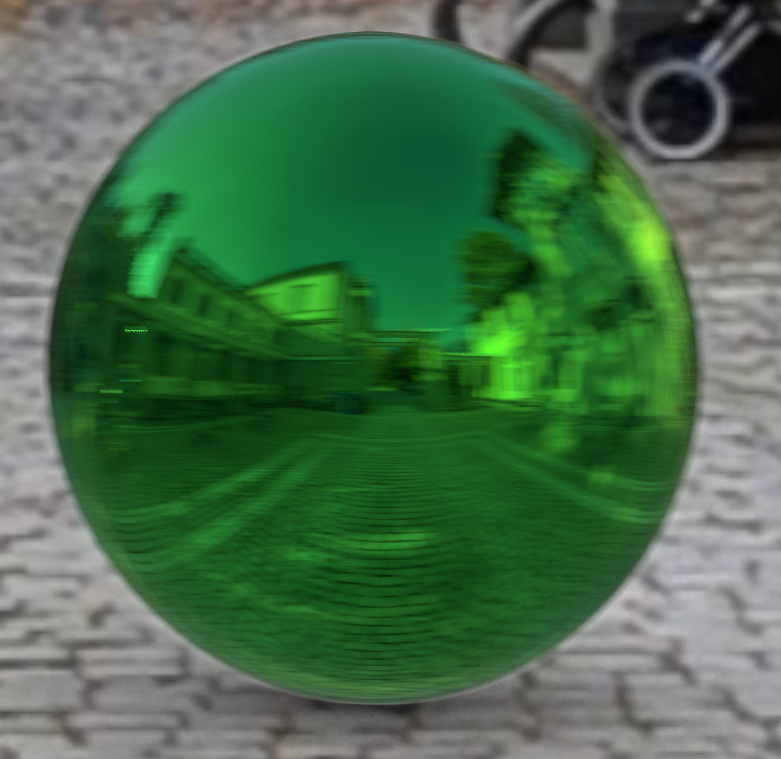 I'm guessing this bluriness is somehow supposed to be truer? I.e. the crispness seen in the 3D Viewport is a result of not being such a true renderer, i.e. various short cuts (in addition to fewer passes) are at play here. Other differences, I can see are e.g. that the final render includes a definite shadow (that for some reason is not visible in the 3D Viewport view).

I've looked at the Compositor and Shader nodes and I see no obvious reason for the bluriness.

This sphere has been added into an environment created by tracking. I.e. I shot the background footage, solved for the camera motion and then let Blender set up the tracking scene which resulted in a cube (which I replace with a reflective sphere), a shadow-catchter plane and the following Compositor nodes: 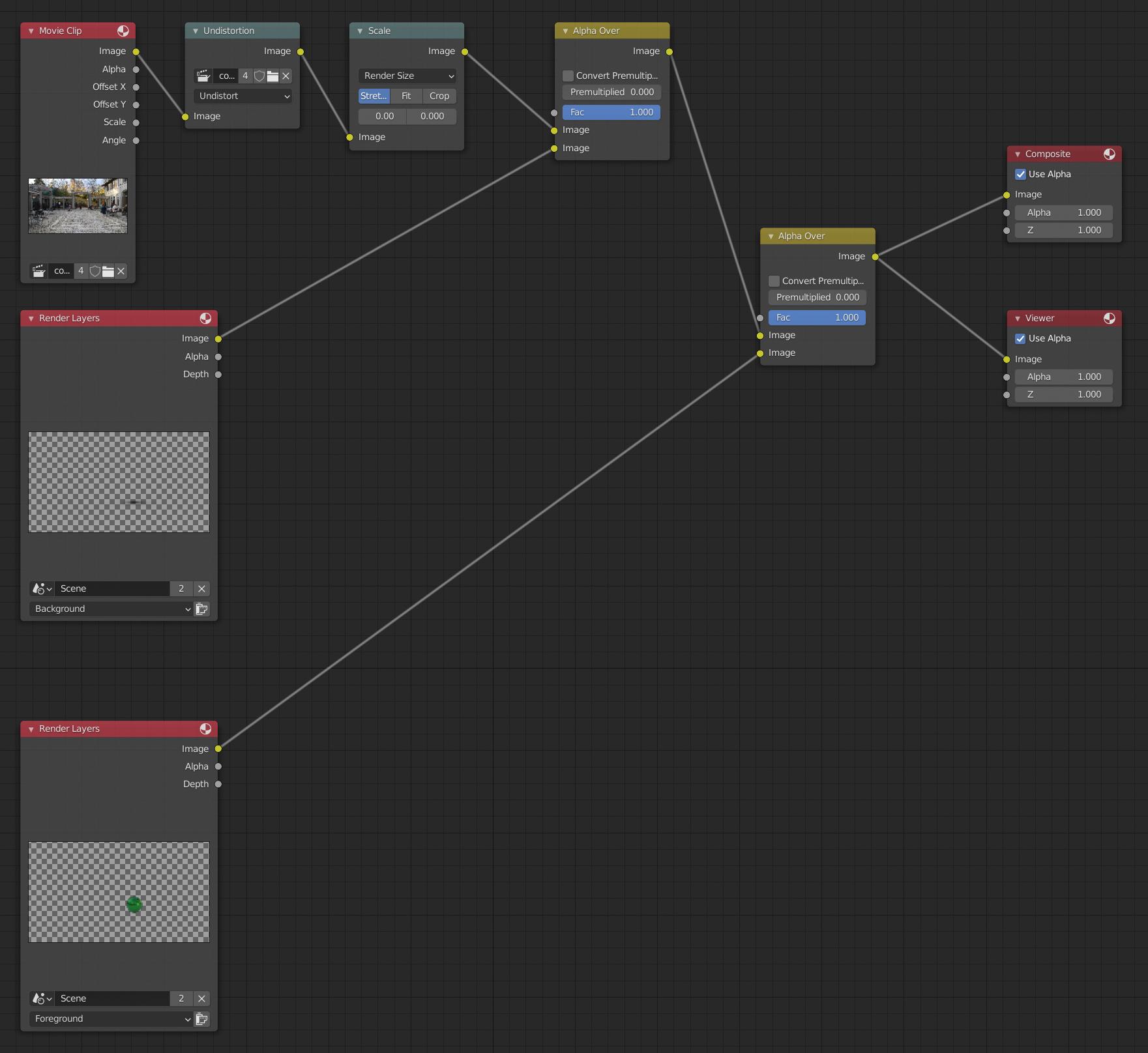 And then I added my own HDRI (which you see reflected in the sphere) with the following Shader nodes:

The .hdr file, the .blend file and the background .mkv can be found here:

Any insight into what's going on here would be much appreciated.

You have motion blur enabled. This, understandably, makes the render blurry. Because motion blur can dramatically increase render times, it is not calculated for a rendered preview.

Not the answer you're looking for? Browse other questions tagged cycles-render-engine reflection shadowcatcher or ask your own question.

15
Render shadows over a transparent background in cycles
5
A good way to render objects on a photo background that works also with focus-blurred margins
0
Shadow Catcher object causing brightness issues in scene
6
Shadow catcher casts light (?) on the floor
0
Cycles: Final Render differs from Viewport
1
Random Streaks in Appearing Only in Final Render