This is a screenshot from the blender viewport (2.93, Cycles). On the right is a movie screen illuminated by a spotlight. It's showing a movie.

Note the hideous sconces on the wall on the left, illuminating a procedural wallpaper and the image textured floor. Very lovely. Much artistry. 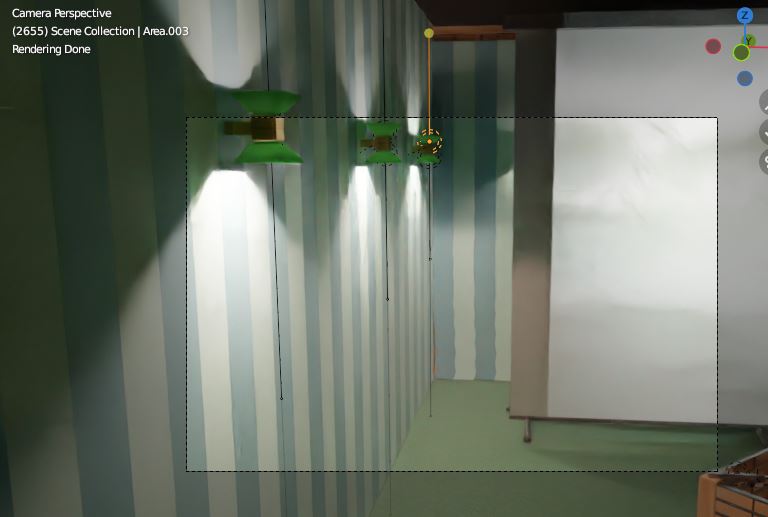 Now look at what Cycles does when I render that frame.

Forgive the size of the render screen - my GPU is old and feeble and I'm using this size for render previews.

So what's going on?

The brightness of the area lights in the scones is currently waaaayyyy higher than I actually want, because I wanted to see if Cycles was ignoring them because they were too dim (nope). The procedural texture is an experiment, too. I wanted an image texture there, too. But that gave the same result.

I've tried tweaking every setting that looked promising, but nothing changed.

How do I get Cycles to show these stupid walls?

The project is pretty large (mostly thanks to the movie that gets shown on the screen - the only reason I'm bothering with Cycles, btw), so I can't attach it.

Adding outliner for walls, by request: 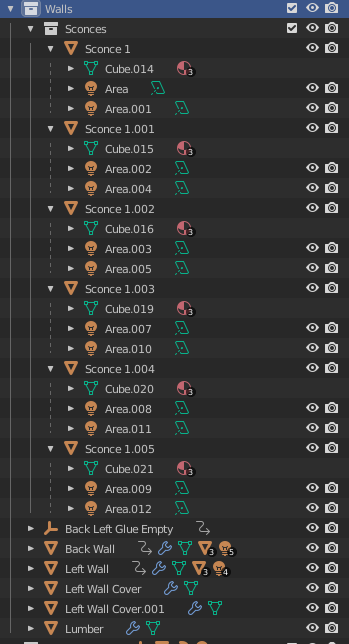 Issue was: the walls were in a separate non-rendering layer. Not exactly sure how that happened. But, once I turned on rendering for that layer they started showing up. Then, when I just deleted that layer (because I don't need it), rendering got faster.