I'm trying to create a road from a plane and a curve which I obtained from converting a mesh. This mesh was at its turn obtained by using the shrink wrap modifier on two meshes. Explained in this question. 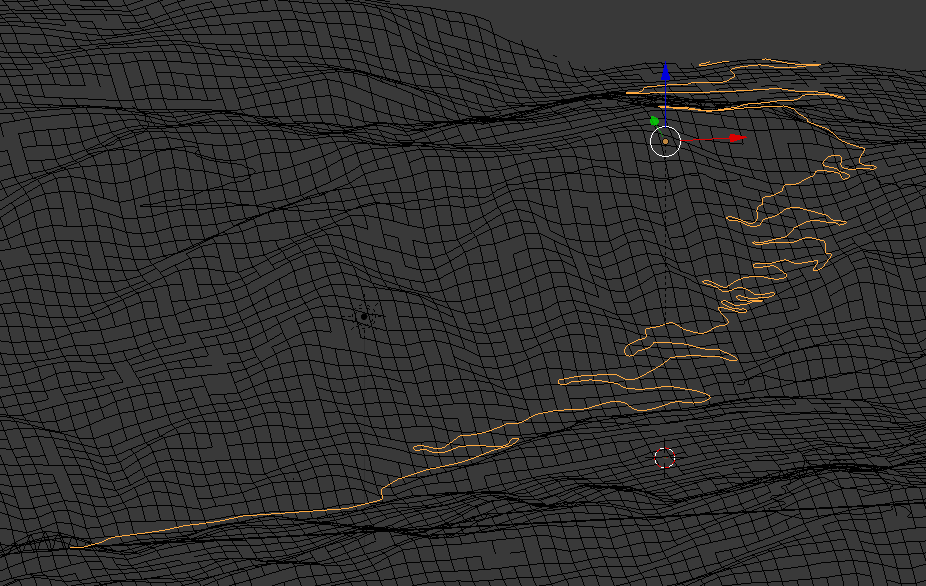 This is how the setup looks

I created a small plane at the lower left side of the path from top view, intended to be replicated along the path to form the road, as explained in this tutorial.

This is how the modifiers for the plane look. 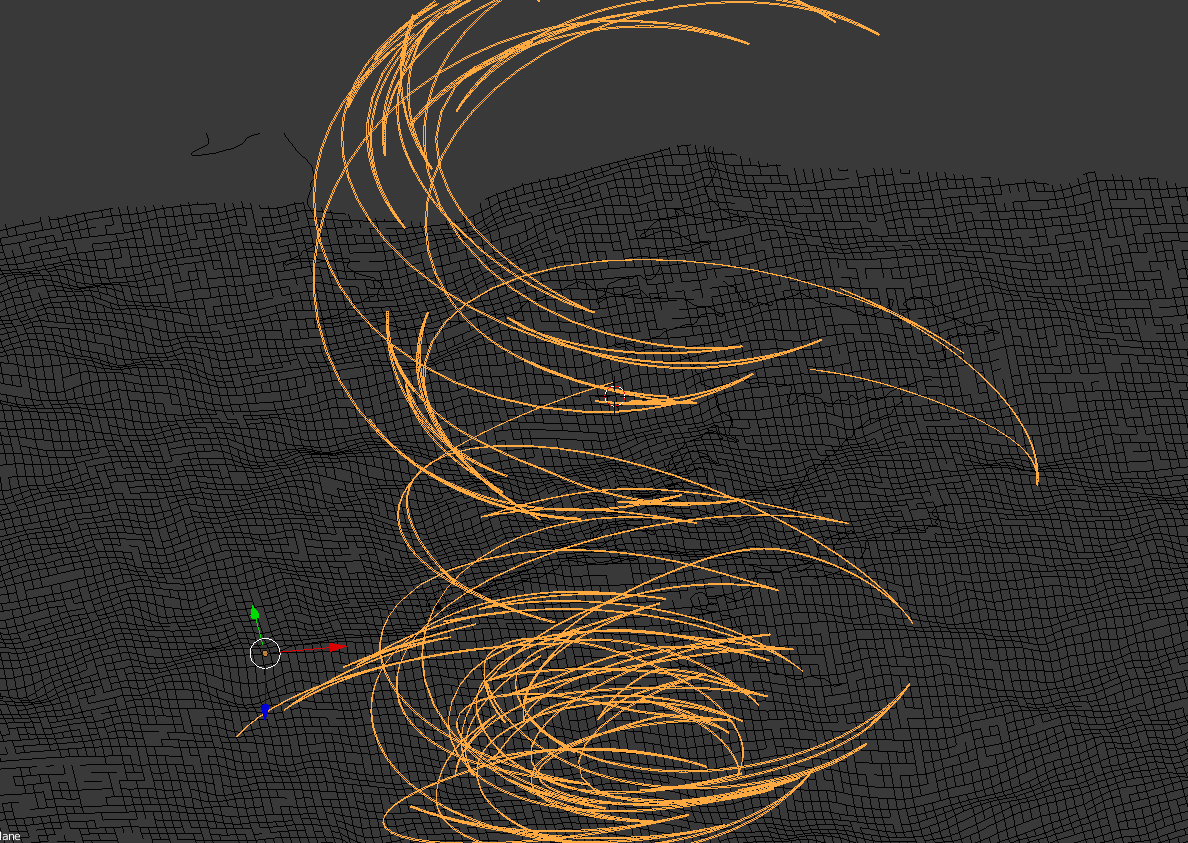 What I would like is that the plane would follow the path and create a road over the mountain. I tried playing with the settings of both modifiers but I'm not getting anywhere expected.

It was an origin related issue as suggested in the comments by MarcClintDion and cegaton.

What I did to fix it was:

Not sure if steps 6 and 7 are necessary.

Additionally because the generated road was getting crazy cambers in some parts I went to the curve's properties and set Twisting to Z-Up.

2
Projecting a 2D road onto a 3D elevation mesh

7
Array Modifier - Fit Curve too short
1
Convesion of curve to mesh makes faces behave strangely?
9
Wrap curve around sphere
6
Problems with Curve Modifier
0
Workflow: iterative rigid body array/curve tweaking, is there a better way?
0
Curve after Array modifier messes object dimensions
0
How can I subdivide and curve/smooth a low poly line without moving the original points
0
Curve not shrink-wrapping to some parts of mesh