How to get LED light appearance right

I’m trying to create an instructional video about one of our boards and wanted to show the name (and later on the diagnostic patterns) of the LEDs on the board. I have three colours, red, green, blue, and despite the materials have an overall similar structure (except for the colour), the result of the emission and the compositing is completely different one from the other.

Where am I lost? What am I doing wrong? These are the images of the LEDs:

The most satisfactory one is the green, and the least satisfactory the blue which seems to have no bloom whatsoever. The three LEDs have a different model but the issue does not depend on the model, as I have applied the blue material to the green LED without ay improvement.

Here are the Nodes I used in the shader: 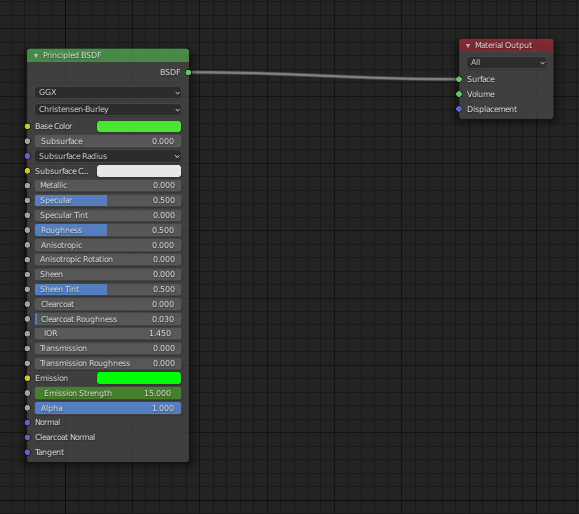 And the compositor nodes:

The super odd thing (to my eyes, at least) is that I had to use a threshold of 2 as despite the blue material has a much higher emission value in comparison to the green and red (50 vs 15), the glare effect disappears if I set the threshold higher than 4.9 (say, 5).

Thanks to everyone who can help me shed some light on this doubt.

Edit: just to clarify, this it the real appearance of the device: 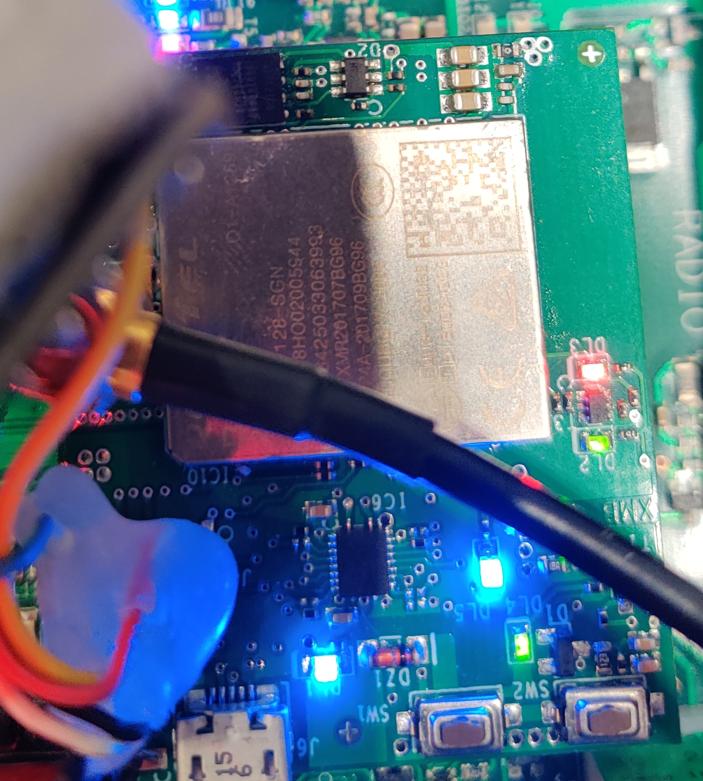 so practically, the opposite of my render. However, I'm not after photorealism but at least I'd like to have a more evident glow around the blue lights. I'm open to any solution (compositing, render layers, etc.)

I'm not sure if there is too much to say ... blue is just darker color ... so less prominent for blooming. Here all colors intensity of 10. 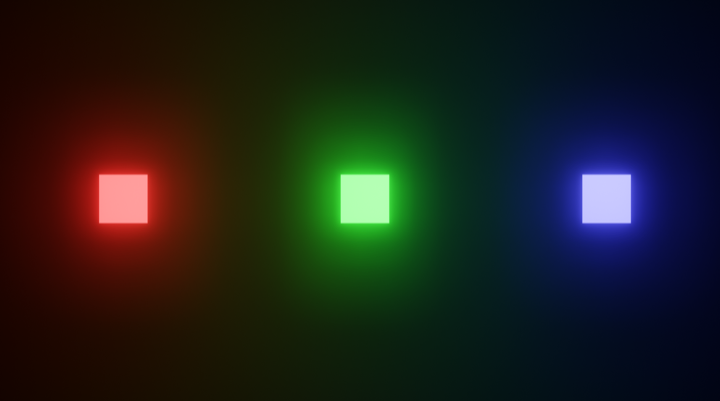 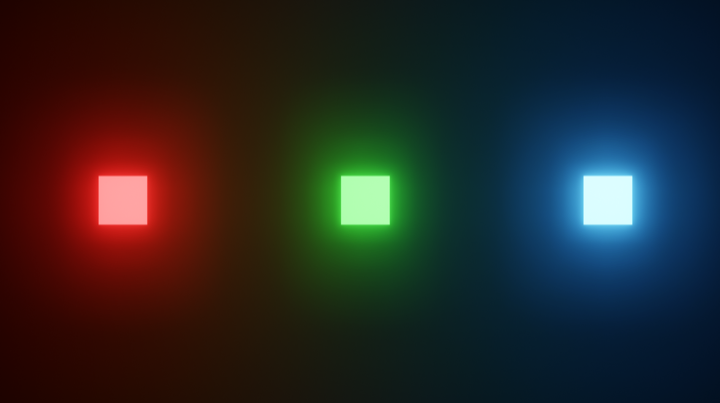 Also helps to use not strongest color like Red 1/0/0 but brighter 1/0.1/0.1. Here with few adjustments in Color Management > Filmic > Very High Contrast, Exposure 1.8, Gamma 0.3 ... but can be enhanced also in compositor. 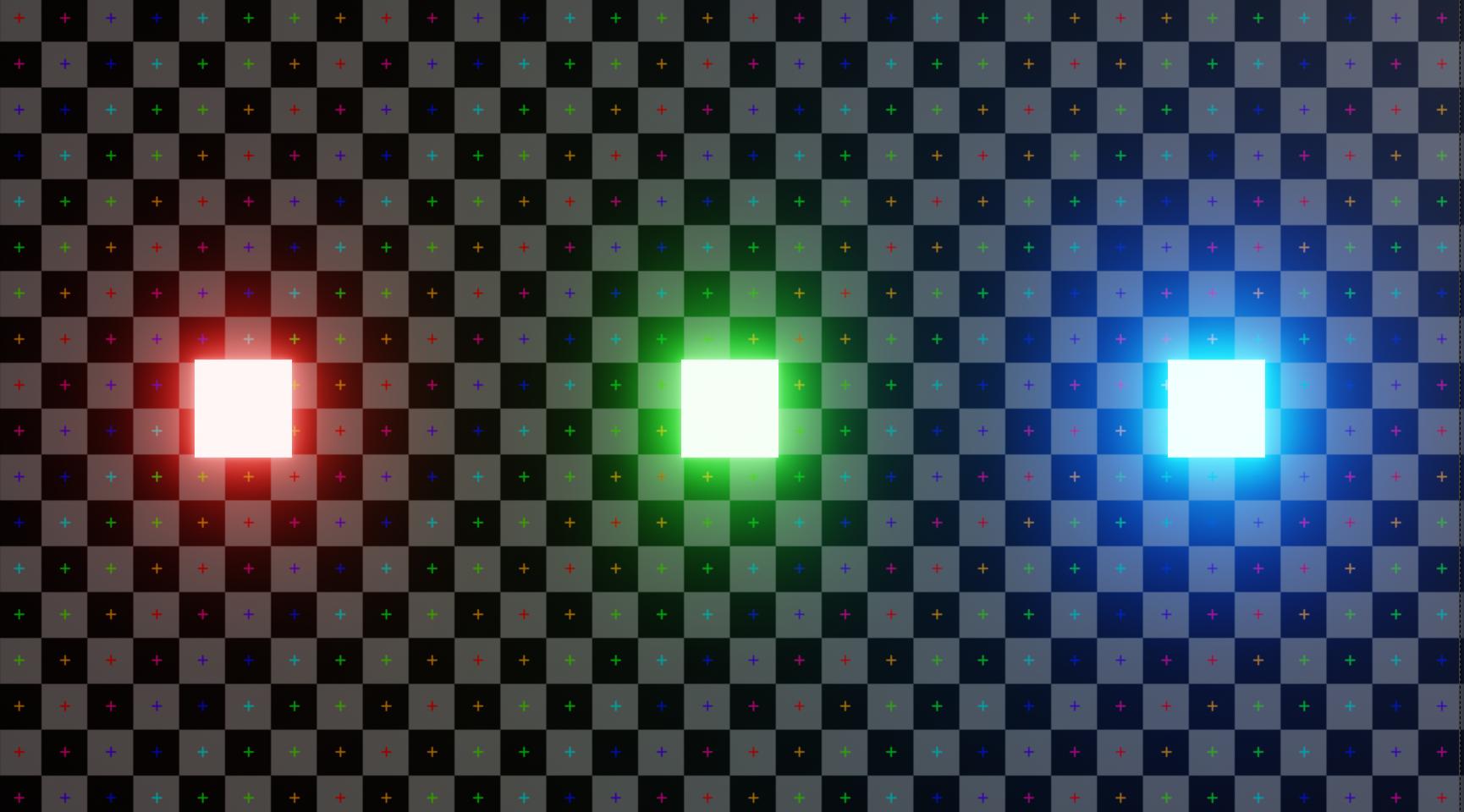 Result of Compositor > Glare > Fog Glow is the same ... there you can duplicate this node few times to even make the effect stronger ... and the same can be achieved by Bloom > Intensity and Radius too.

Speaking to Treshold - it is based on color intensity ... so it make a sense if bloom is cropped in order blue-red-green.

Your file can be fixed in the same way provided in this answer ... just keep in mind - you can't see a light without darkness :)

This is what I meant by simplified file share via https://blend-exchange.com

Not the answer you're looking for? Browse other questions tagged materials eevee-render-engine compositing-nodes emission or ask your own question.

2
Eevee - Mesh light illuminating scene from within glass (i.e., light bulb)
6
How to get blooming effect in cycles without compositing
2
How to get sun streaks /lens flare effect in compositor?
0
I cant get light to work with emission on render
0
How do I emit light from car backlight?