Using the grease pencil, I've created a curve that I've then converted to a mesh (using Object > Convert > Mesh). I have a series of points that I can work with using geometry nodes. Those point instances are clearly laid out in the geometry node table: 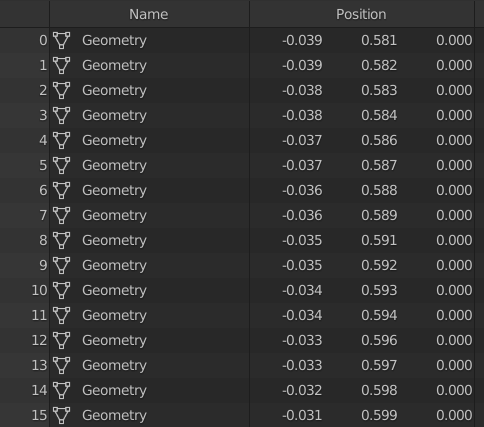 I want to instance a mesh for every single point in the curve, oriented along this curve. To do this, I could use the "Instance on Points" node: 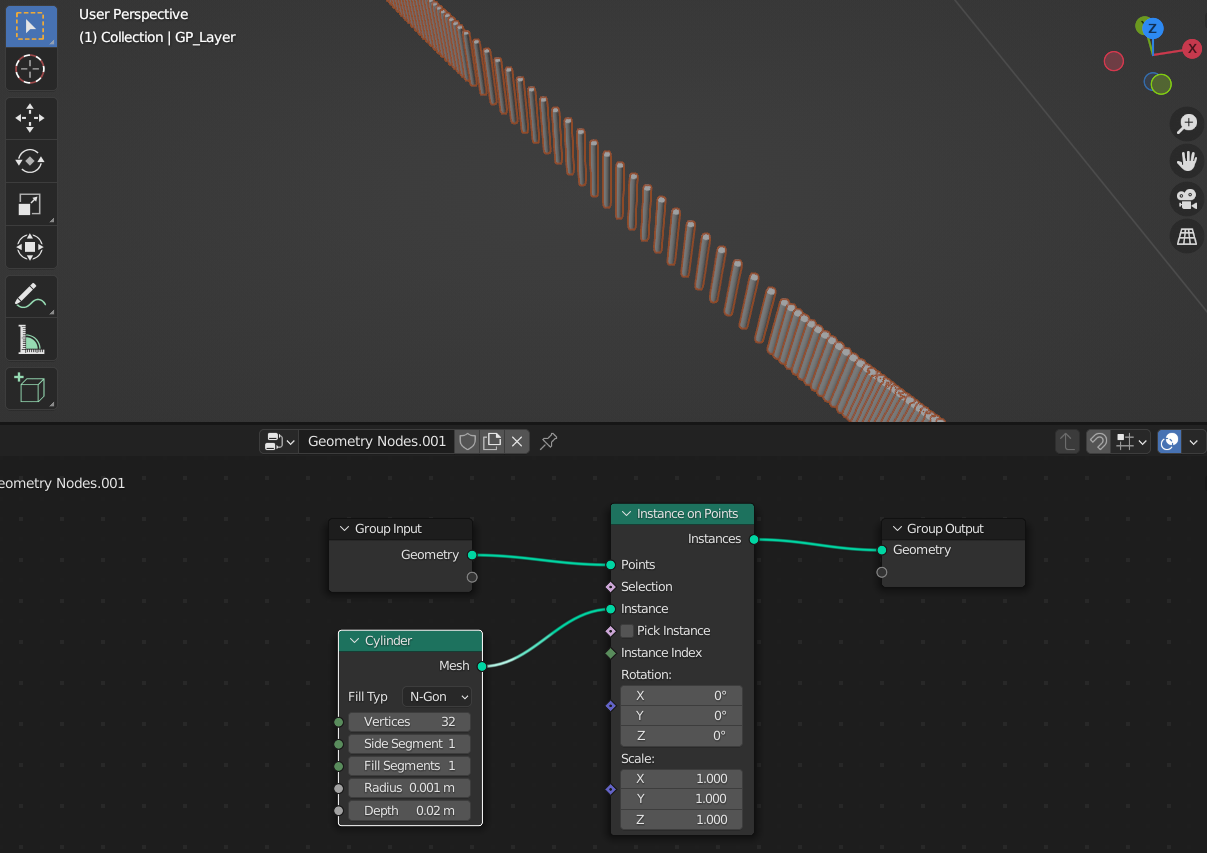 However, I now need to reorient those meshes to follow the curve. I think I can access the XYZ coordinate of each point using Input > Position and splitting the result with a Separate XYZ node, however this gives me the position of each node, not the one of the node right before or right after, while I'd need those to determine the orientation and the scale of every mesh element.

How can I access the n+1 or n-1 point to do this? I hope this question was clear enough.

If it's not too late, perhaps it's easier to defer the conversion of Curve to Mesh, and let Geometry Nodes do it for you, if you need to do it at all.

Then, when using the Curve to Points node, you have access to the curve's Tangent and Normal attributes in the GN tree, and the Rotation convenience combination, which interprets the curve's tangential direction at the points as Z: 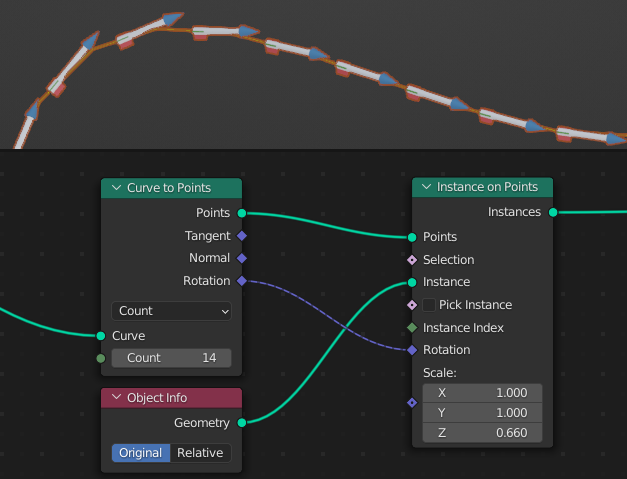 This also leaves you the option of resampling the curve, changing the curve's own profile if you want to display it as a mesh, and so on.