My overall goal is to copy the vertex groups from a mesh object to the new object created with that mesh as a bevel object. I have written some python code to help me accomplish this.

Here is a blend file that you can use to test out the code:

Here is how to follow along with my attempt to do this: 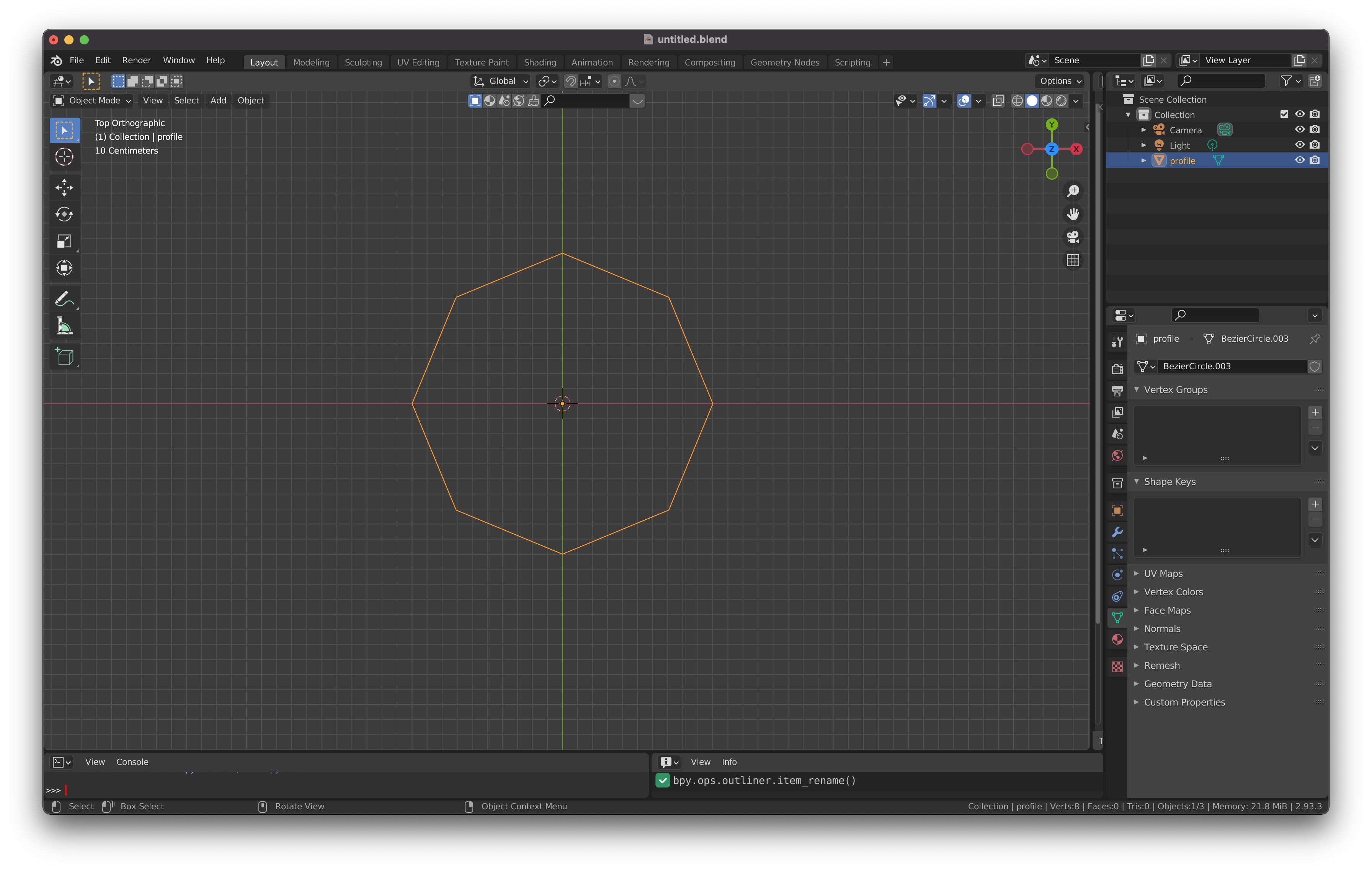 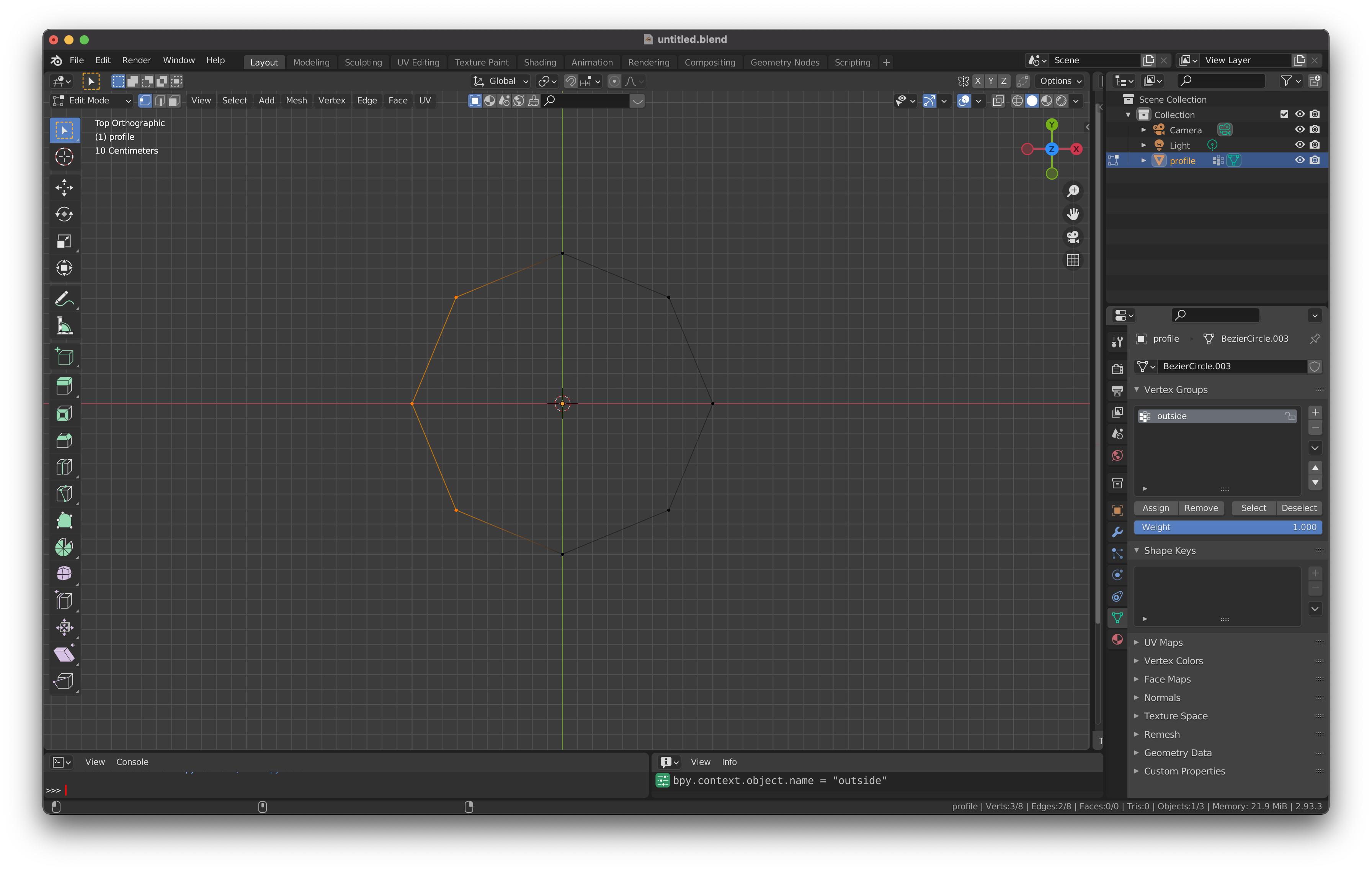 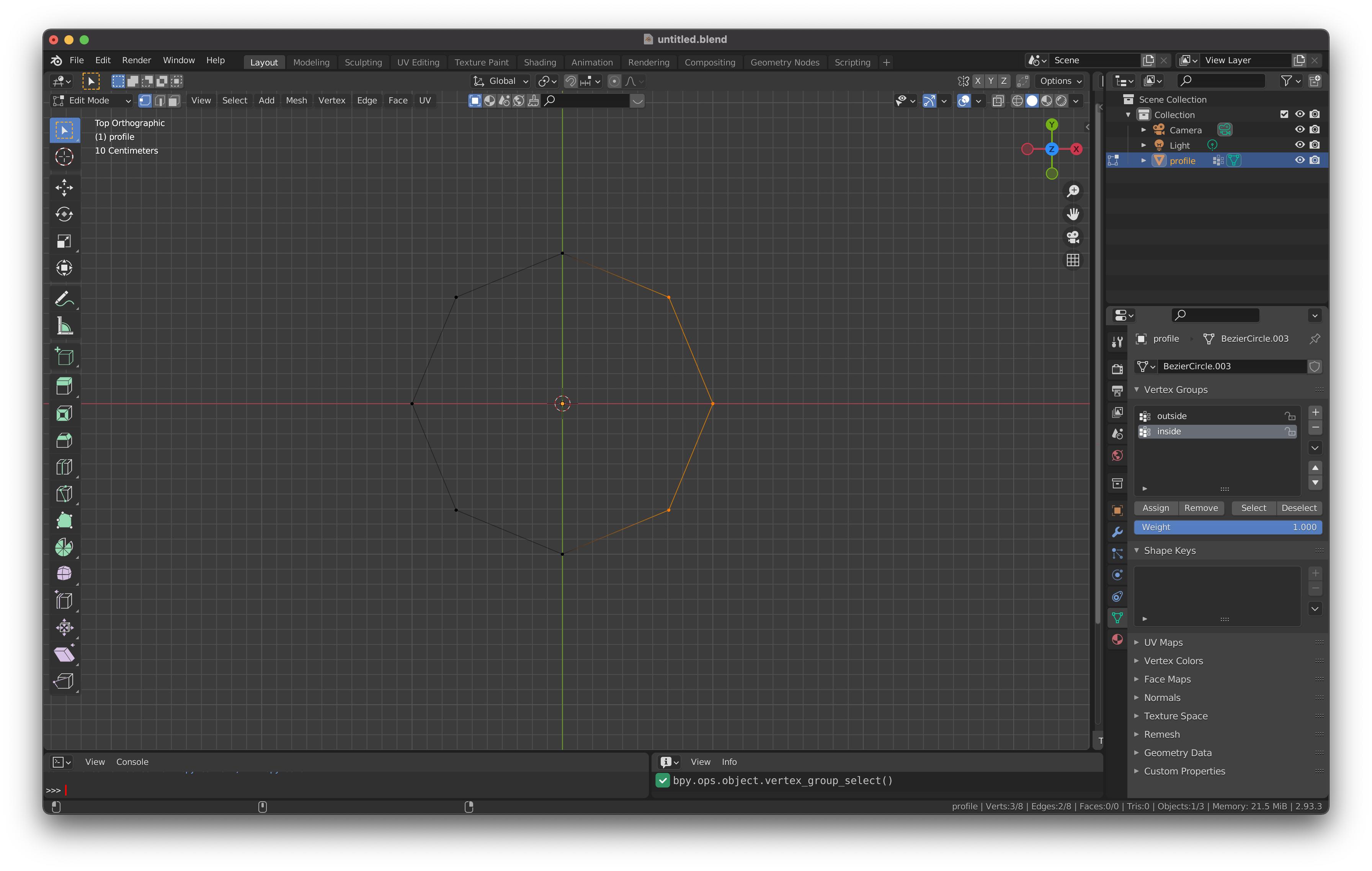 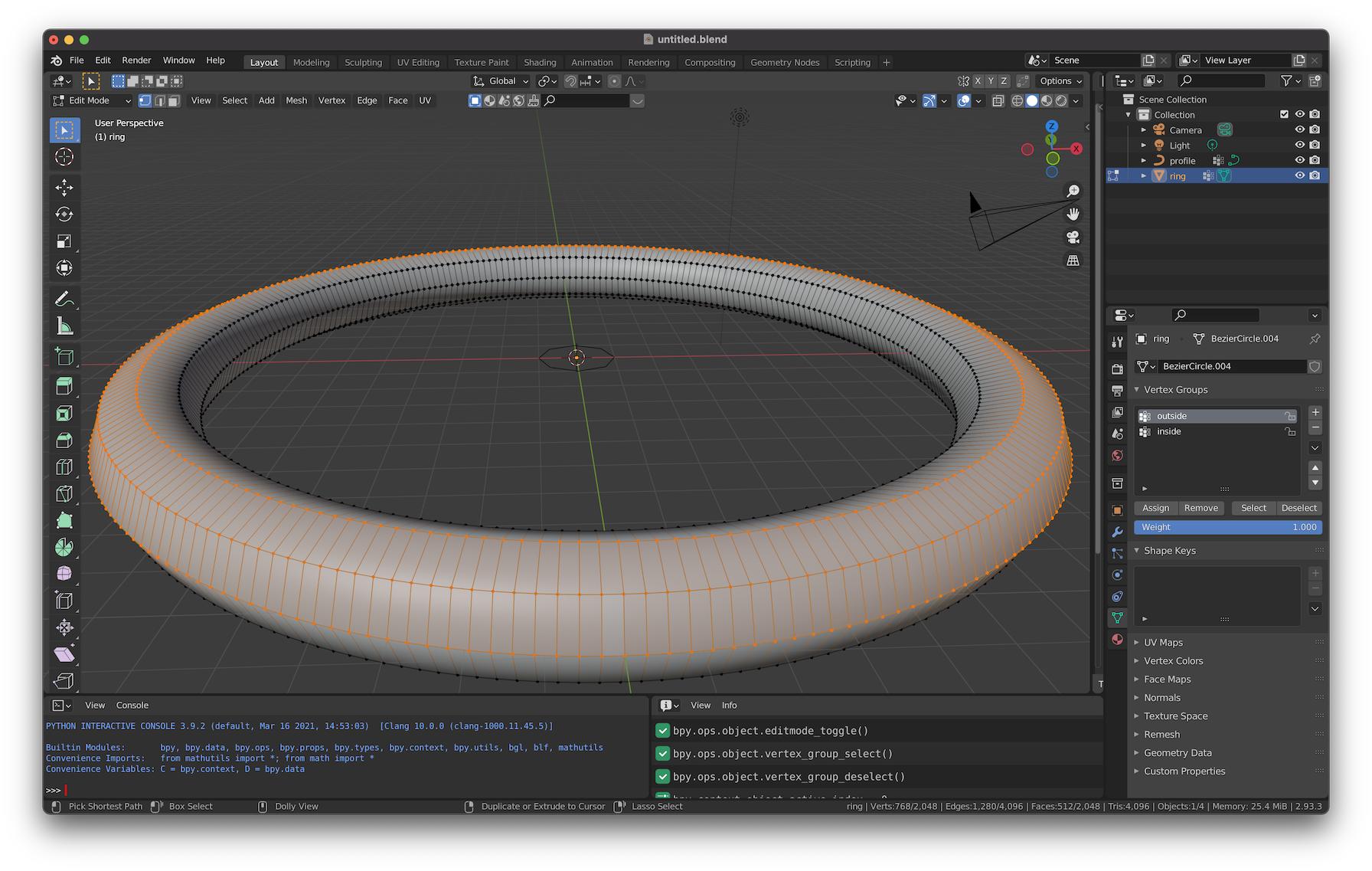 The code works by finding the index of the verts in each group on the profile object. It then converts that profile object to a curve, and uses it as a bevel object on a bezier circle. The beveled circle is then converted to a mesh. Then, every vertex on this new mesh is iterated over. If the vertex index modulo the profile vert count matches the index in the original vertex groups, then that vert is added to a group on the new object.

The general idea is that the verts in the new mesh created via beveling the profile will all be nicely ordered and the vert indexes will match up (modulo the original profile vert count). As you can see this almost works, its just that the vertexes are off by one.

If you edit the last line of code to be group.add([v.index-1], 1.0, 'ADD') then it does appear to work. However this feels somewhat fragile as I am relying on blender's vertex ordering to always follow some rules.

Are there hard and fast rules about the order of verts in objects created this way?

Is it possible to achieve my goal of copying the vertex groups from the profile to the final object in a robust manner?

The default order of things.

Re first incarnation of question

The code does work correctly for me if the profile starts out as a mesh circle.

ie I read this as, starting with a mesh circle works as expected.

However, if the profile object is first created as a curve, and then converted to a mesh, this procedure does not work. The indices are all off by one.

Will explain a method to add a curve, but re-order as if a mesh was added.

Can investigate the vertex order by enabling the indices overlay

For an 8 vert mesh circle, vertex 0 is at 12 o'clock, subsequent vertices are wound counter-clockise. Viewing from top. 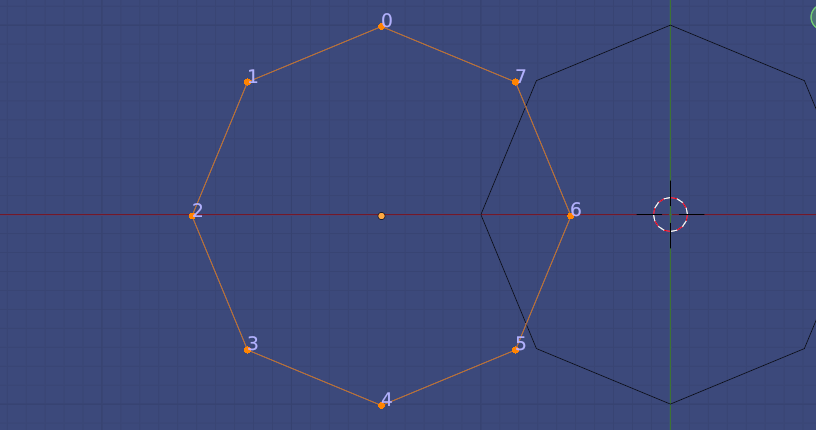 For a bezier circle, converted to an 8 vert mesh, vert 0 is at 9 o'clock and subsequent vertices are ordered clockwise. 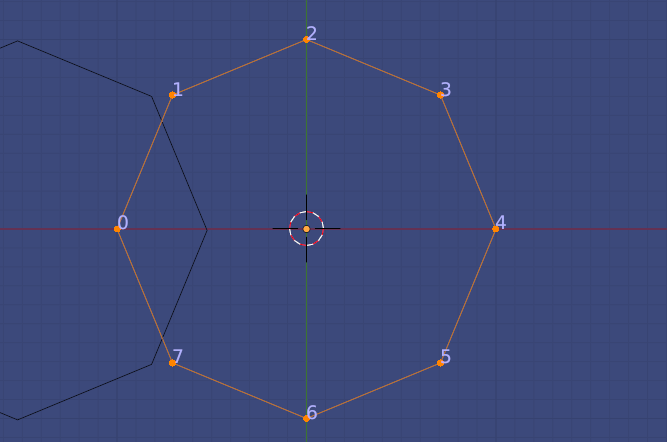 How can I order the vertex index?

How can I sort vertex positions sequentially indices in a closed area?

Another approach could be to assign a data layer to the verts,

How to create a list containing lists of bm.verts based on their deform layer (vertex group)?

Not the answer you're looking for? Browse other questions tagged python bevel vertex-groups or ask your own question.

8
How can I sort vertex positions sequentially indices in a closed area?
2
Face edges angle - python
2
Uniquely addressing vertices in python
1
How can I order the vertex index?
2
How can I temporarily disable a handler?
1
How to create a list containing lists of bm.verts based on their deform layer (vertex group)?