Parts of my mesh won't move with the rig

So I've imported a model from Makehuman into Blender, including clothes, and played around with the textures until I'm fairly happy with it. The entire model is made up of nine meshes, including the eyes; I don't need a tongue or teeth.

Because I'm still pretty new to this and have had difficulty in learning how to rig, I decided to join all the meshes into one and then add a decimate modifier to lower the face count. I managed to get it down to about a third it's size. All good so far!

I added a basic meta rig because I just need to have him walking away from the camera. However, once I'd parented the model to the rig, parts of the mesh - namely the arms of the overcoat - wouldn't move with the rest of the model.

Can someone tell me what I've done wrong? Or what I can do to correct this?

Because I'm still a noob I'm wondering whether it has something to do with the proximity of the overcoat arms to the bones beneath. Underneath that overcoat is a suit that still has arms and a back though you can't see them. Should I just delete the unseen parts of it?

What you can do is separate your jacket as new object, parent it to the armature With Automatic Weight, then join back to the body.

If you want to transfer the vertex groups from the body to keep some weight painting you've made, separate the jacket, select the body, shift select the jacket, switch it to Weight Paint mode, go in the header menu > Weights > Transfer Weights, and in the Operator box make sure that you have Source Layers > By Name, Destination Layers > All Layers: 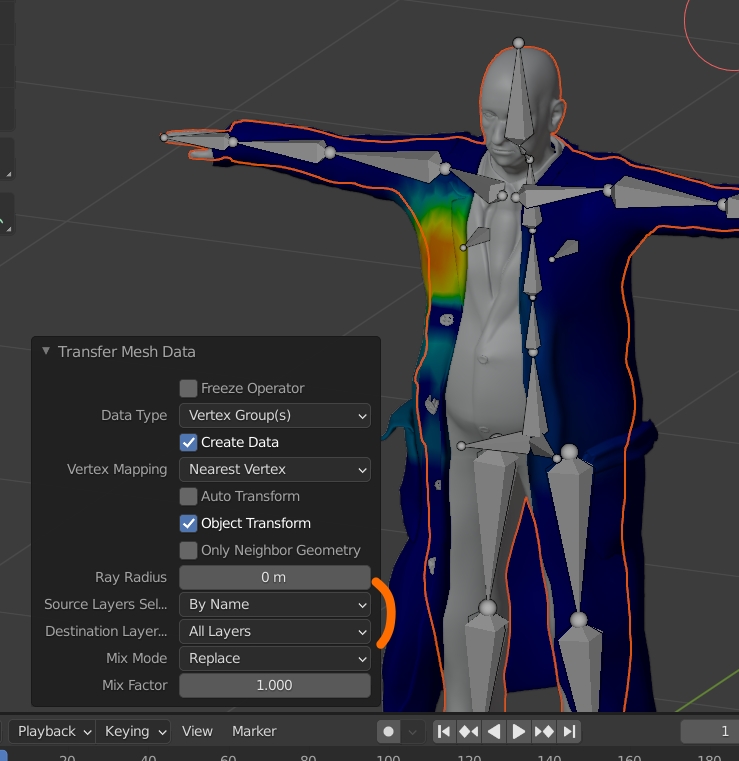 Note that if you need to give it some corrections, you need to display the good layers (here I highlight the layer where you have the deform bones), then select the armature, shift select the jacket and paint bone by bone. At last you can join back the jacket with the body: 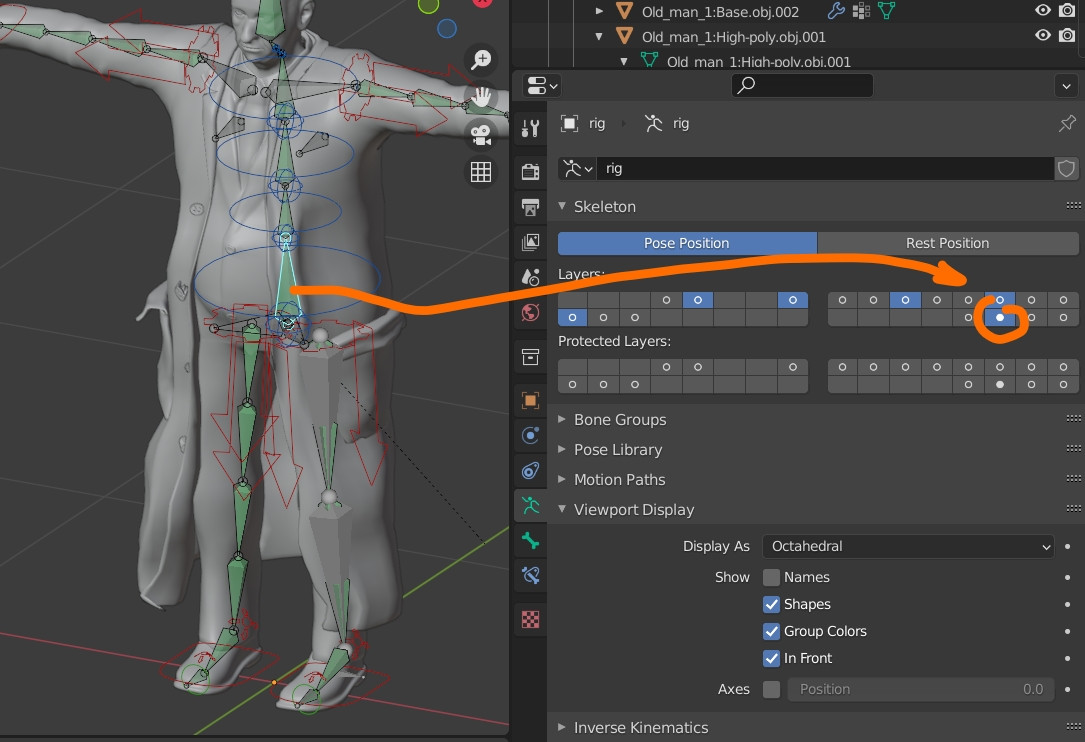 Not the answer you're looking for? Browse other questions tagged mesh rigging makehuman or ask your own question.

0
MakeHuman Model Rigging - Bone Heat Weighting Failed To Find Solution
1
Rig is moving other parts of my mesh for no reason!
0
Mask vs delete vertices
1
Error generate rig in (rigify) after removing tongue and bottom teeth bone
1
What is the best way to rig a robot?
2
Rigging issue, disconnecting body parts