Noob question: Im new to Blender and I watched videos where they put the IK behind the desire joint (articulation) but when they move it its still connected to the bone. But mine is separated for some reason. It does not have a parent. The leg only has the Inverse Kinematics constraint. I try parenting to the feet, parenting offset to the knee, I try really hard to find the problem but cannot seem to know what it is. How do I make that the control bone follows the Feet.004.L and Leg.003.L 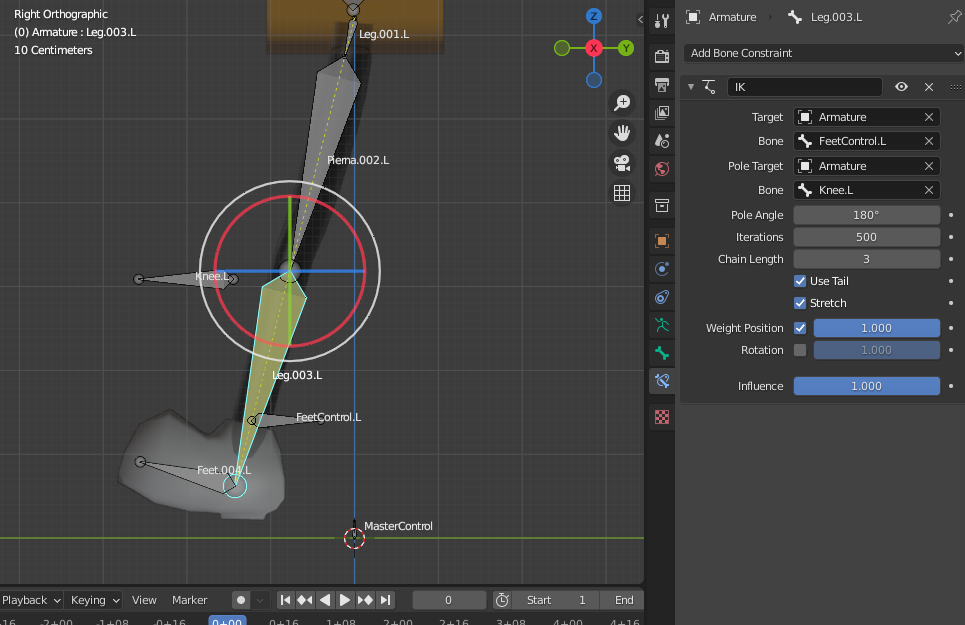 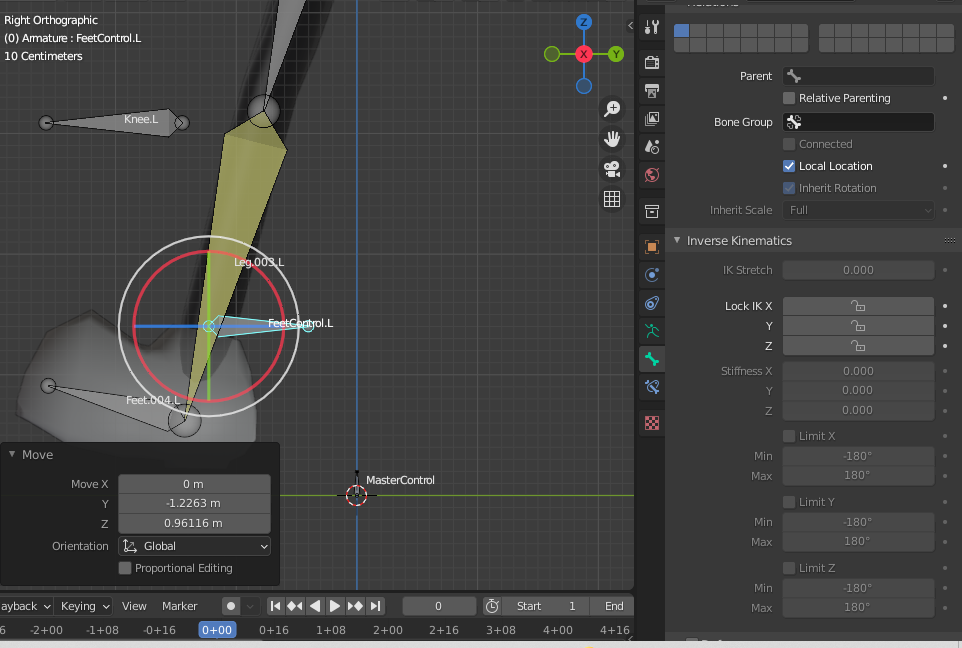 God, yesterday I was all day looking everywhere to know what it was; it was so frustrating XD To only just now that I again started to make some tweaks to find more what it was and accidentally fix it. ARRGHH x.x

I believe that it did that kind of problem because it didn't know where to bend or which direction to move because the bones where horizontal. (Ironic that I asked a question only to end up answering it myself)## Heading ## 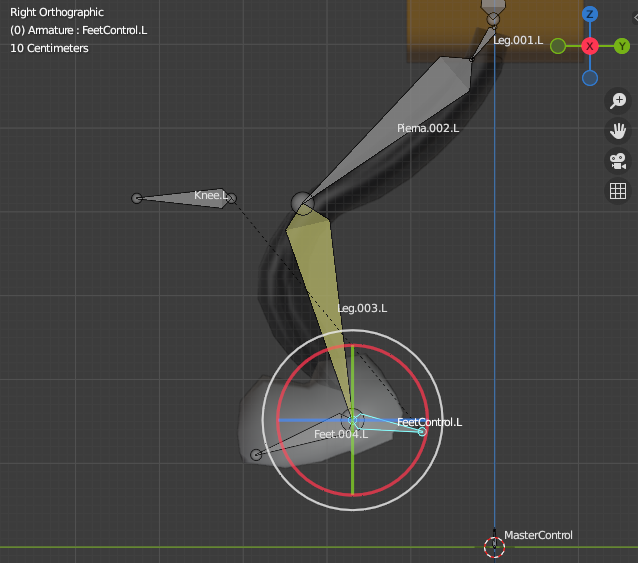 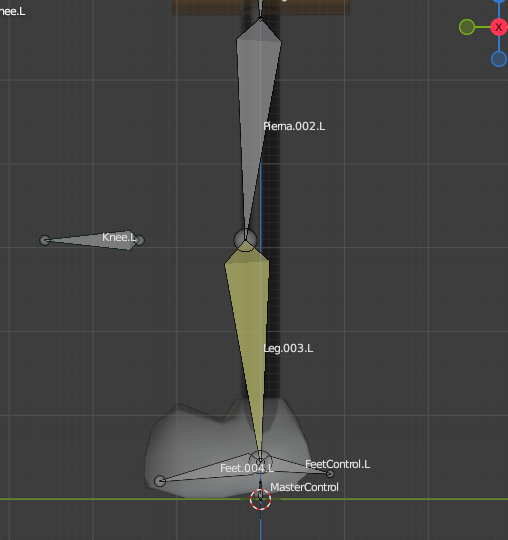 0
Crazy rotation bone problem
0
Bones rotate instead of moving
0
Noob Question: Inverse Kinematics Not Working
0
How can I apply constraints in pose mode?
1
How do you rotate an entire rig without bending bones controlled by IK pole?
2
Rigging a mechanical plunger: bone constraints lead to offset results
1
How to prevent legs (objects ) from clipping into each other, when moving the armature
1
Inverse Kinematics: Bones doesn't bend towards the pole target
1
Problem when trying to shrink part of model (with armature) - IK