Shading issue while scaling one side of cylinder

When I scale a cylinder from one side and then do Shade Smooth and Auto-Smooth some shading issue are still visible in the image. I tried to increase the Auto-Smooth, value but it doesn't give the desired result. 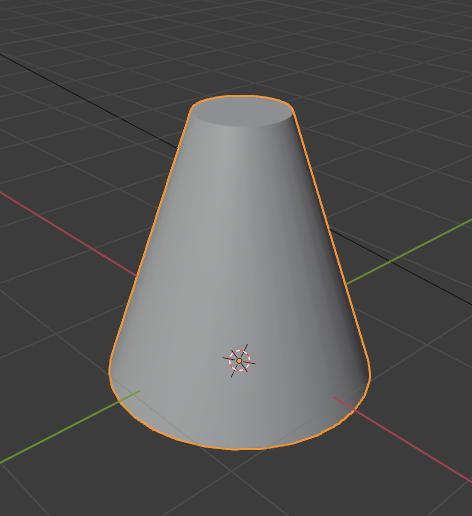 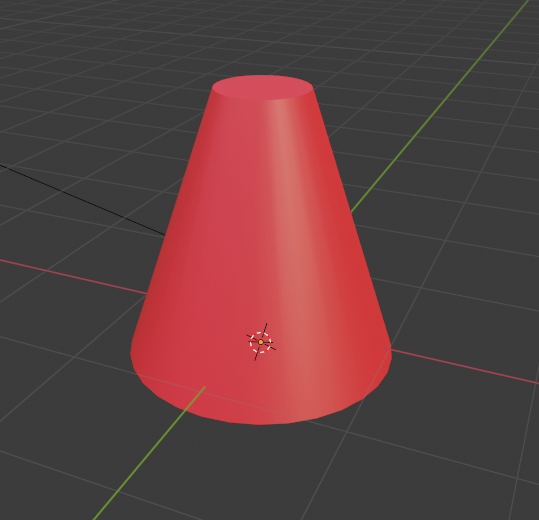 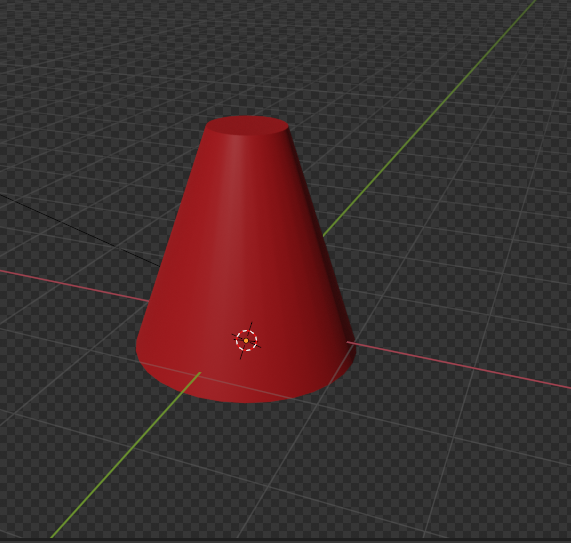 This looks like a natural consequence of the way smooth shading works. I think you have to subdivide your cone vertically. 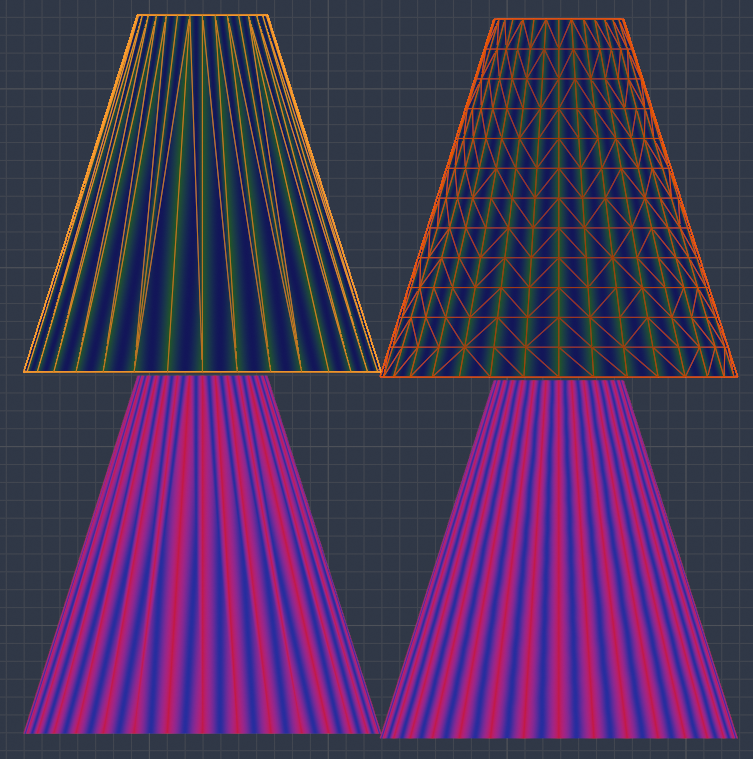 The top row shows triangulation. This shader is the dot-product between True Normal (flat, geometric), and Normal (smoothed). It shows how much smoothing has shifted the normal of the underlying geometry. On the left, the cone is not subdivided in its height, and you can see how jaggedy the interpolation is: how irregularly it represents the radial normals of the surface.

On the right, the cone has been subdivided vertically, and the interpolation has more vertex-normals to go by. The linear interpolation across the triangles matches radial directions around circular cross-sections more closely.

Not a new answer, just a comparison between the two methods shown here (by Robin and Chris, the answer by Der_Fab is simply put what Robin explained more detailed). You should open the images for full resolution to see the effects better. 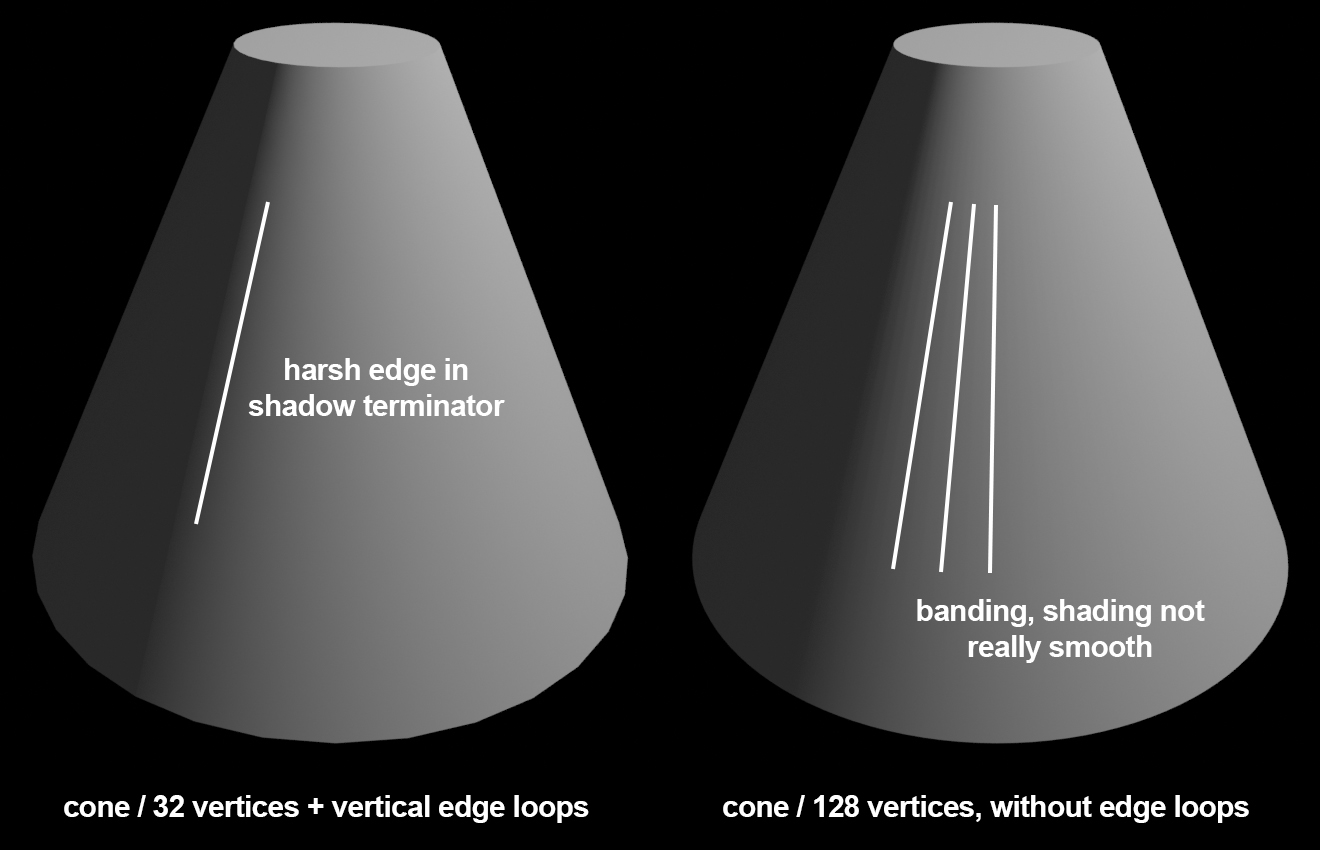 What you can see here on the right is that because even with 128 vertices the problem of long and even thinner triangulated faces remains, the shading still is not really smooth - the banding just gets finer so it becomes less visible.

On the other hand the left side shows a very harsh and not smooth shadow terminator edge from top to bottom.

Now for this harsh edge there is a solution, under Object Properties > Shading > Shadow Terminator Offset you can enter a value higher than the default 0, something low like 0.01 already works in most cases. This way the terminator line gets smoothed out while the shadow grows into the lit side - but not very much with a small offset.

The problem of the Shadow Terminator Offset is, it doesn't help much with the banding on the cone without vertical edge loops. It will still be visible. 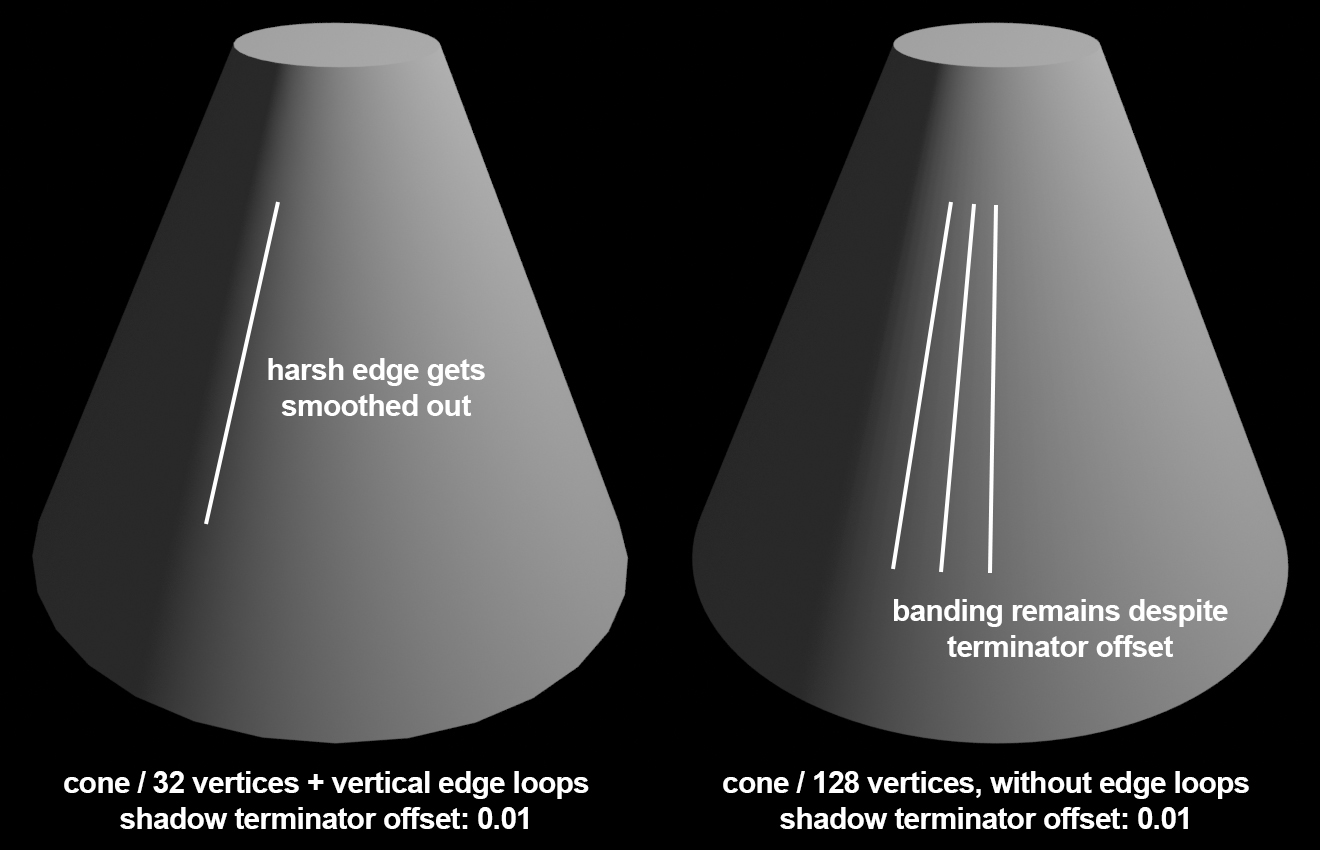 If you want or have to keep the polycount low you might think 32 vertices is better than 128, but as soon as you add 6 vertical loops the polycount is quite similar on both objects, but with the better result I would go for the edge loopps.

If you don't care about high resolution meshes and their polycount, then a combination of both answers will give the best result. Many vertices in the profile with edge loops for increasing the vertical resolution. As stated before, generally higher geometry resolutions produce smoother shading than low resolutions.

I think this is the normal result. If you want to prevent that, increase the vertices to 128. (i took the default settings for my test) Then choose shade smooth and autosmooth. 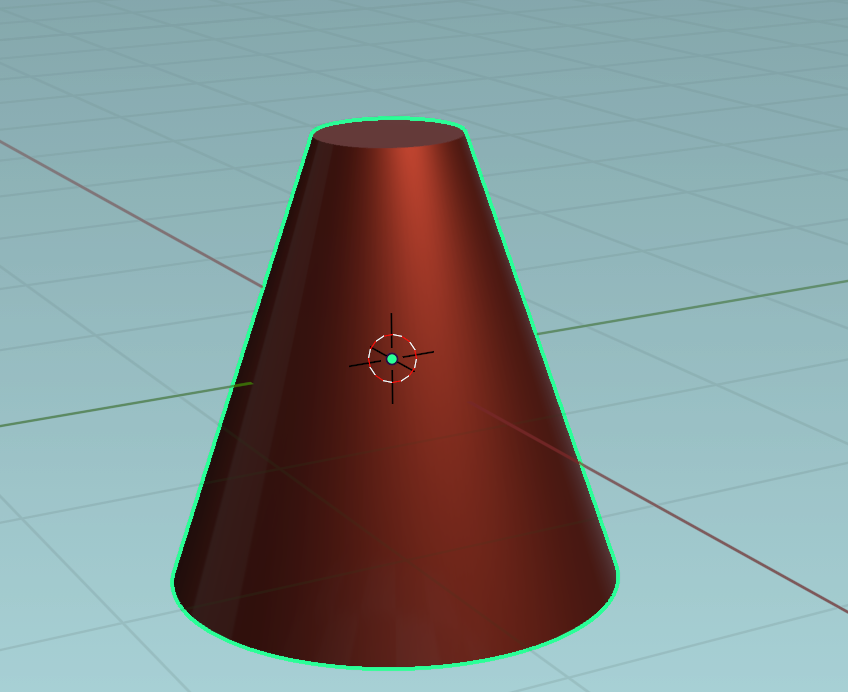 Not the answer you're looking for? Browse other questions tagged modeling cycles-render-engine materials shaders transforms or ask your own question.

21
Scaling a cylinder along both X and Y axis
2
increasing amount of side faces on object made from cylinder
3
Cylinder Subdivision Surface Modifier Problem - Smooth Shading
0
Issue with smooth shading
2
How to make a truly smooth edges on low poly model?
0
Why does my object not have a material?
7
Flatten shading on cylinder
1
Wierd shading on flat mesh after one object was cut into two | Cycles