Do my eyes need to be separate objects from the body when rigging?

This is a simple question I've had on my mind for a while. I've learned a lot these past few weeks by working on this project exclusively within Blender and asking questions. I'm just trying to get a solid understanding of how rigging in Blender works.

When the eyes are separate objects, the process is pretty straightforward. I select the eye, select the rig, enter pose mode, select the bone, and use Ctrl + P to set the parent to the bone.

However, the moment I join the eyes to the body, the eyes no longer follow the widget.

Is it possible to properly rig eyes without making them separate objects? Why doesn't rigging the eyes in weight paint mode work?

There are two common ways to add eyes to a head. First I'll describe how I do it when the eyes are meshes that are part of the head object: 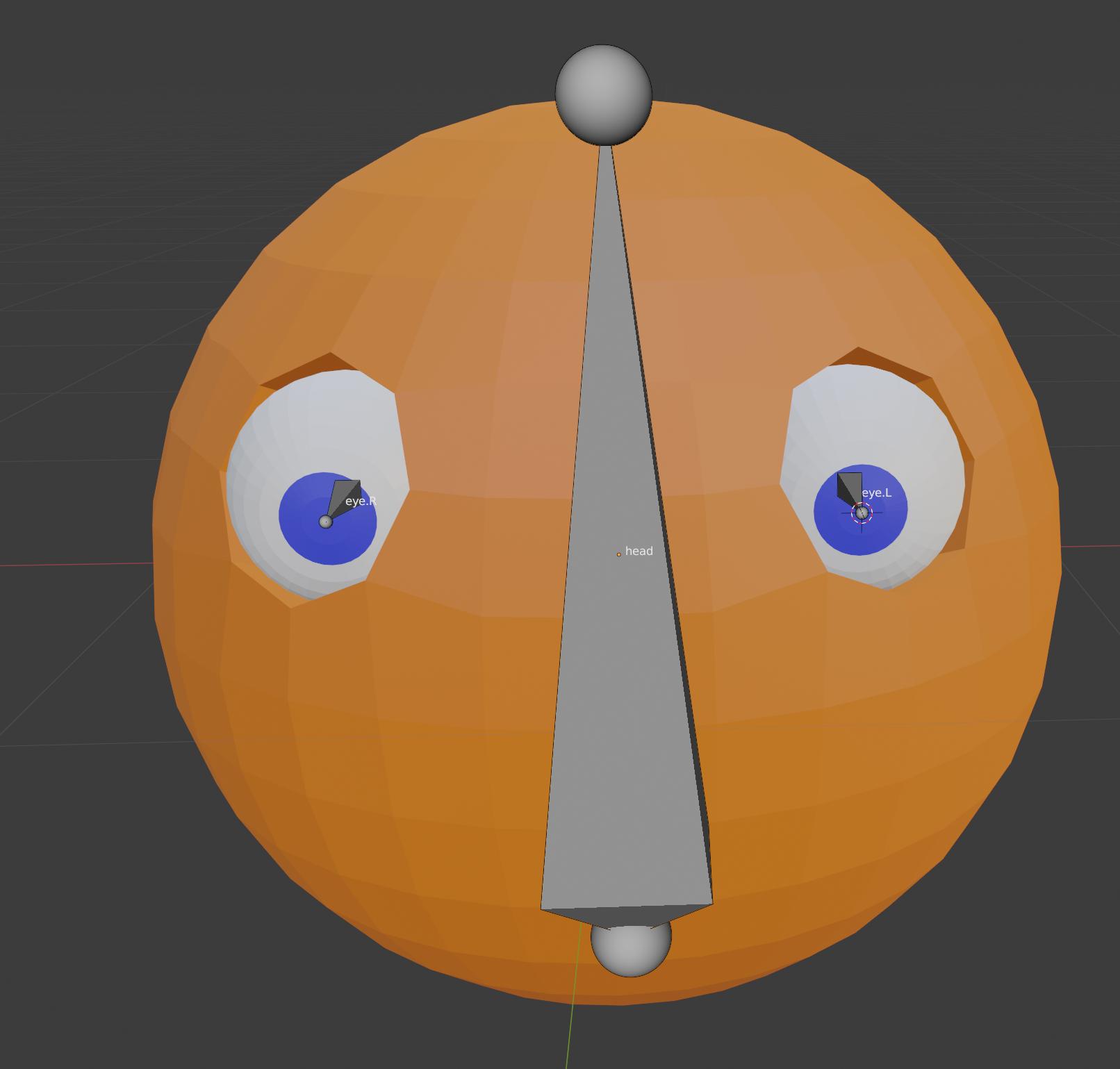 Here is a head, consisting of 1 object. The object consists of two meshes, that I nickname half-a-head and left-eye: 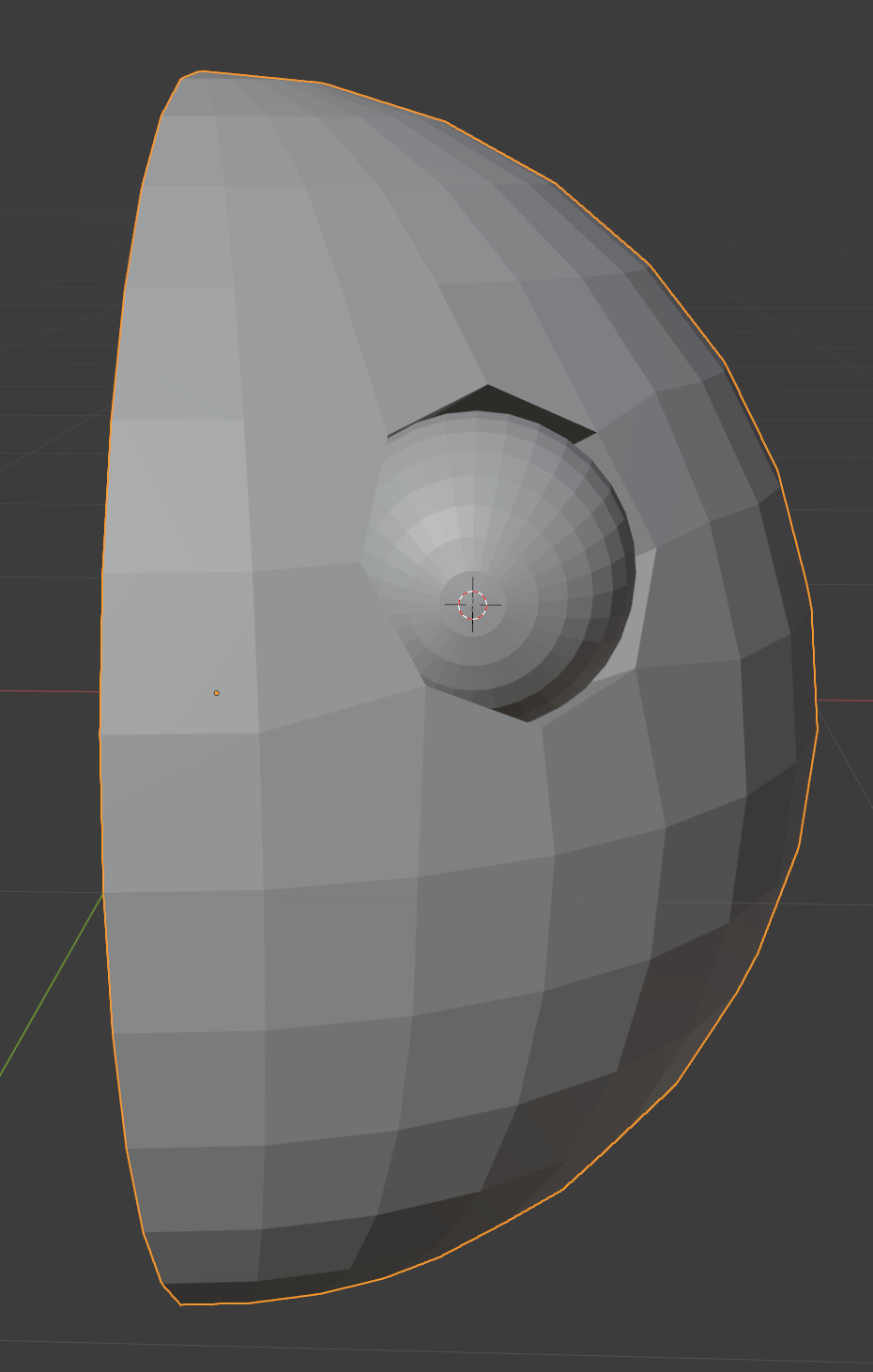 Only half a head because I'm mirroring to save effort. They eyeball is a simple sphere that fits into a notch inset in the half-a-head and is rotated 90 degrees on X.

The armature for this part is three bones, although I only had to add and position two of them:

The key is that eye.L is parented to head. I'll use Armature ▶ Symmetrize to generate eye.R. This works because Blender knows about L/R or similar prefixes and suffixes to denote symmetry.

Next I select the head object and then the armature and parent with empty groups. Empty because automatic weight painting does a crappy job with this object. That creates a vertex group in the head object that has the same name of each bone:

Because the object is simple, rather than weight paint, I edit the head. First I select the eye.L vertex group and the eyeball mesh and assign the vertices to the group. Then I select the half-a-head and assign it to head. eye.R takes care of itself.

Because the eye bones are parented to the head bone they move with the head bone in pose mode but can also be rotated independently of it.

Once this is done, it's possible to add the rest of the eye rig without worrying about the eyes.

In this case, the eyeballs are separate objects, but the eye.L and eye.R bones are still part of the same armature as the head and are still parented to it.

The difference here is that while instead of using vertex groups, we use bone parenting to parent each object to its relative bone.

The steps are the same for each bone, so I'll only describe eye.L

Not the answer you're looking for? Browse other questions tagged rigging weight-painting rigify or ask your own question.

3
One eye of model doesn't follow head?
1
Rigging mesh with vertex weights: different weights have the same influence
0
Eyes not following body
0
MCH eye bone animation plays in Blender, but not in Unity
0
Unable to select bones during weight paint of one specific object
0
Rigging issue - The bottom of the torso is moving, where I only want the top to for this bone
1
Attaching multiple rigged objects to the body