Feather a plan edge which is used as shadow catcher

I am facing a problem and need your expertise. I am using a plane right below my 3D model as a shadow catcher using Cycles rendering engine.

The plane is casting the shadow perfectly but as you can see on the attached screenshot the plane edges while casting the shadow is too hard. Is there a way to soften the edges? I guess I can not really use transparency on the material since I am using the for Shadow Catcher for the plane. 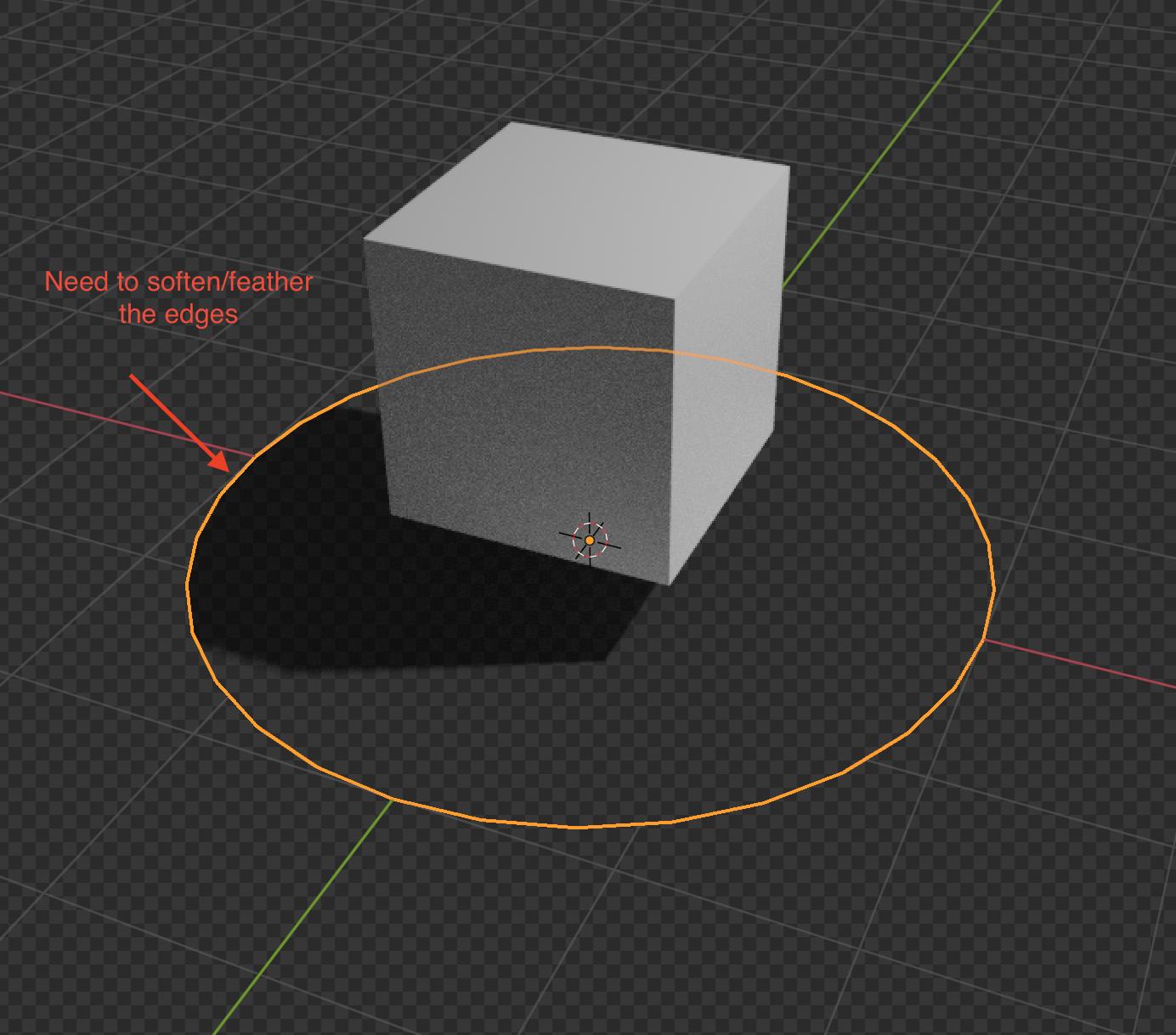 Render Engine: Cycles I have enabled transparency under films > Render Settings. The plane has the Shadow Catcher enabled under Visibility > Object Properties

To achieve a soft or feathered border on your Shadow Catcher object you have to setup a material for it with transparency which increases to the edge. Here is an example how you can do it, first I created a circular gradient from center to edge, there are multiple ways to get it, but anyway. The important thing is, you have to mix the Transparent shader with another one like Diffuse for example, if not the Shadow Catcher will be completely transparent and not show any shadow.

This is the node setup, the rendered preview doesn't look perfect but once you hit F12 it will render correctly: 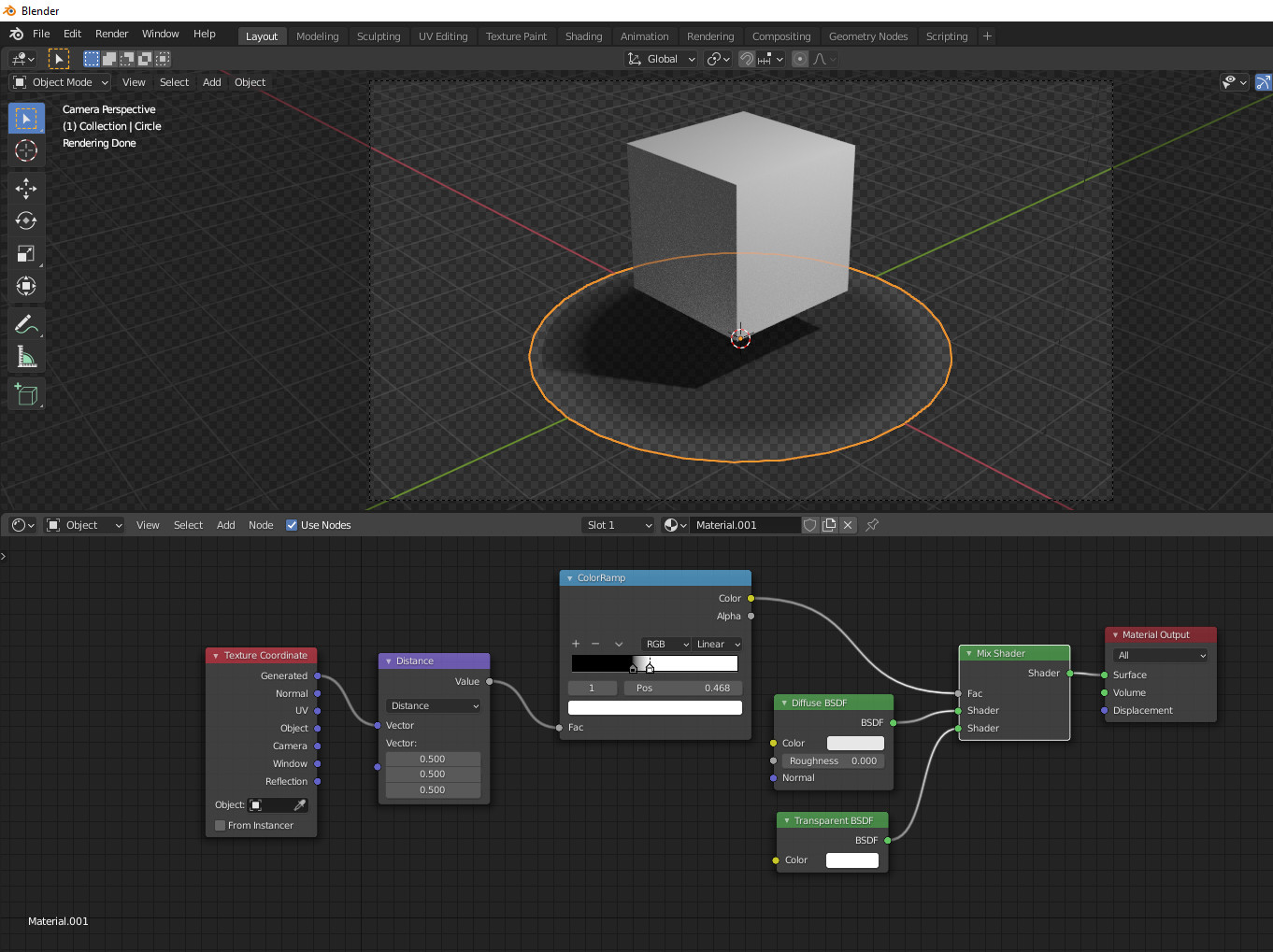 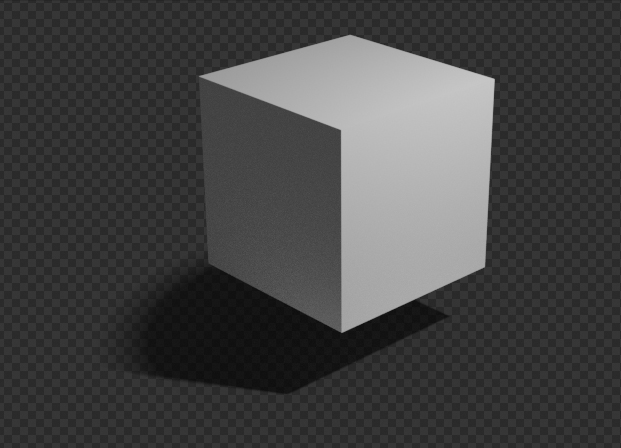 This is how the mix factor for Diffuse and Transparent looks like: 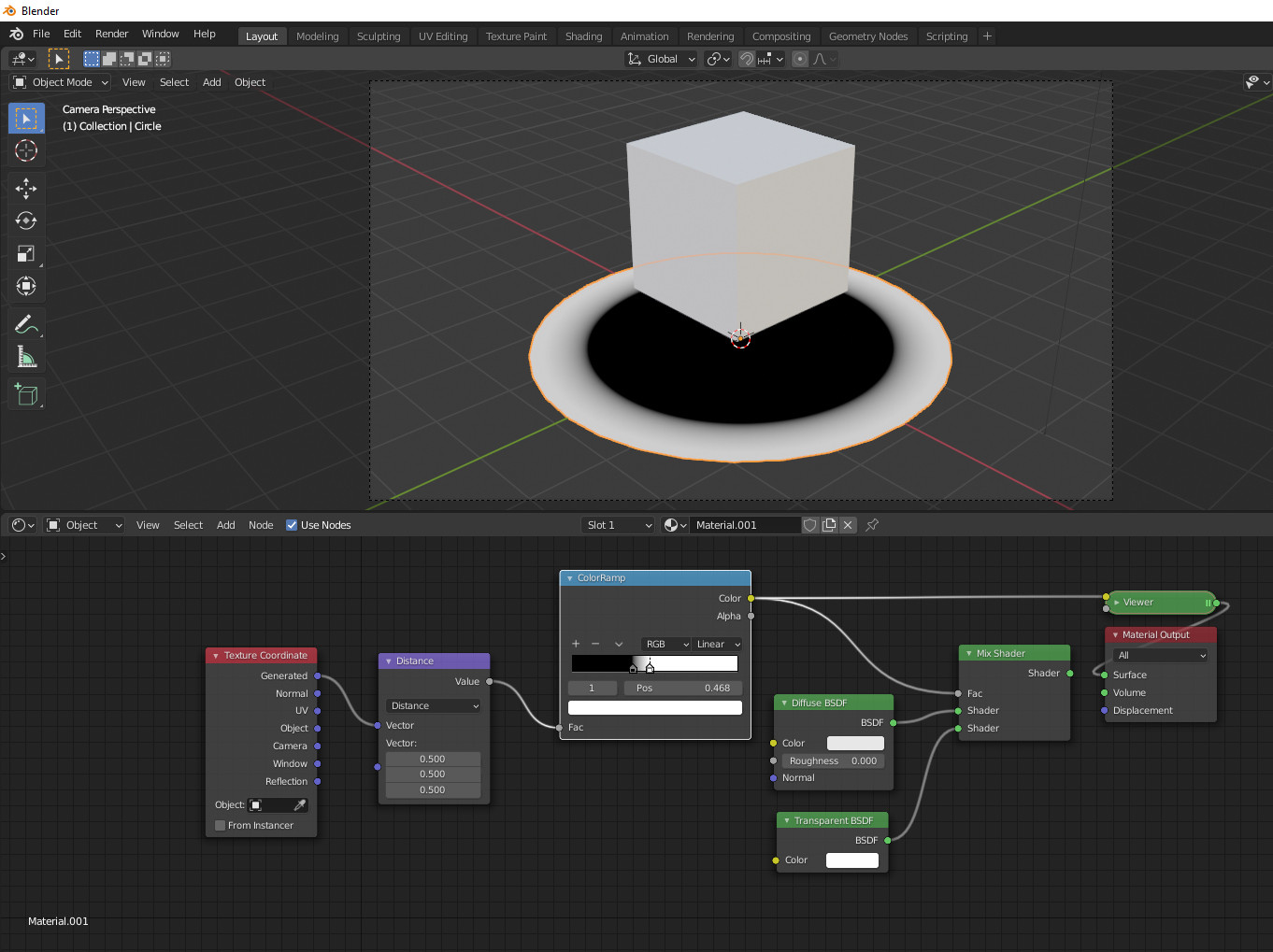 EDIT: Just a short addition. If you simply just enable Shadow Catcher on an object, it usually still effects the scene via light bounces or maybe reflections - which might be what you want. To show what I mean, in the image below on the left side you can see the red light bounce on the cube (I've set the Diffuse Shader to a red color to make it obvious). If you don't want the Shadow Catcher object to effect the scene, you turn off everything under Ray Visibility except for Camera, so there will be no interaction with other objects (see on the right side).

Not the answer you're looking for? Browse other questions tagged rendering animation cycles-render-engine lighting or ask your own question.