I've been working on an image with a cannon firing, following a mantaflow explosion tutorial. I'm getting pretty excited with the results (see render image), but I need the explosion to emit more light so I can see more details of the cannon. The output render is also quite grainy, with some pixels very bright and others too dark. I'd rather not introduce a light source if it can be avoided because I'd have to automate its brightness, introducing unwanted complexity.

Can anyone tell me how I can 1) get more light from the explosion and 2) reduce the graininess of my rendered image? I've included a screenshot of the node editor I'm applying to my smoke material as well as the smoke domain's physics settings. It takes several minutes to render a single image, so the tweak-and-render approach is really going very slow. 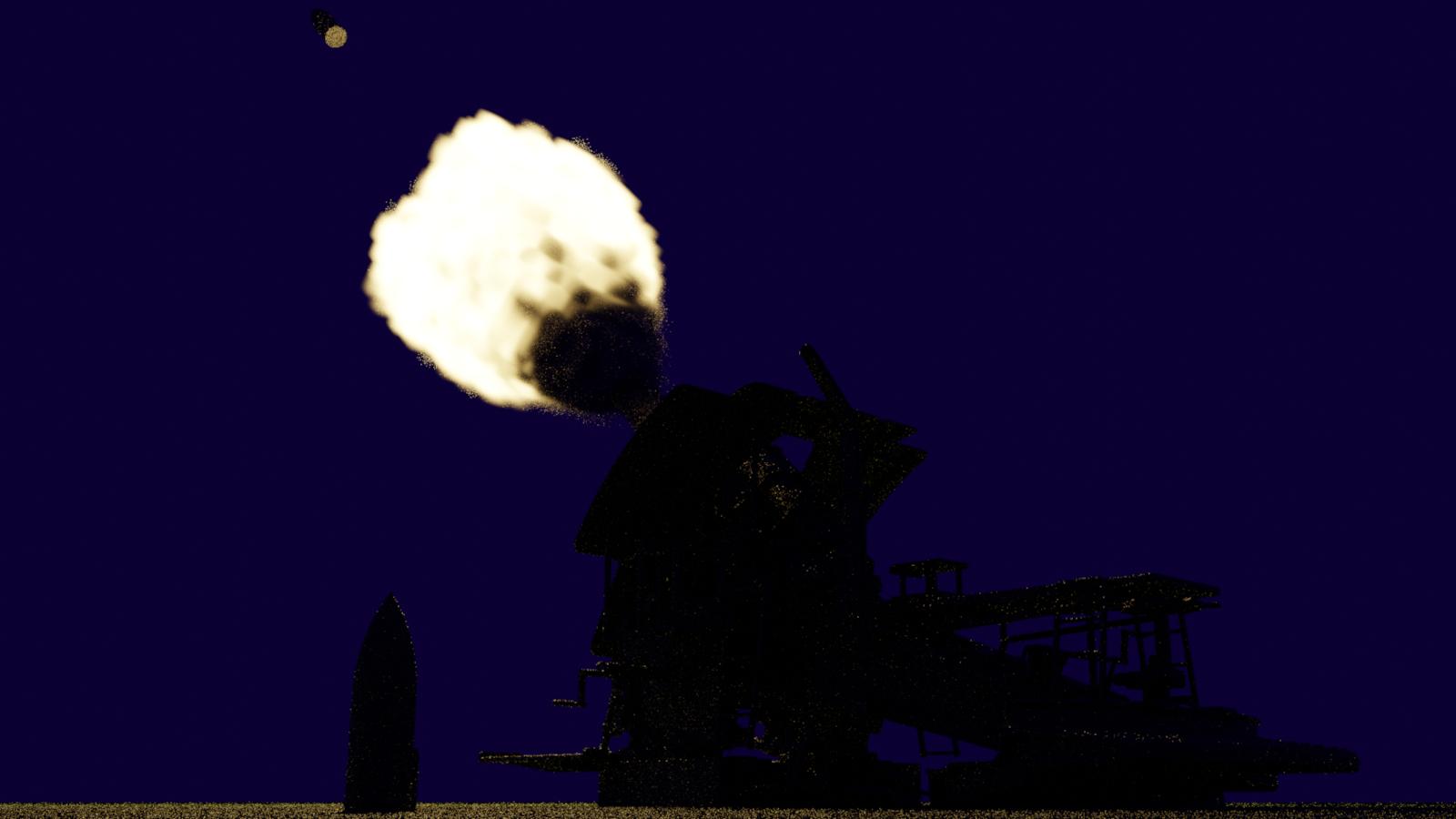 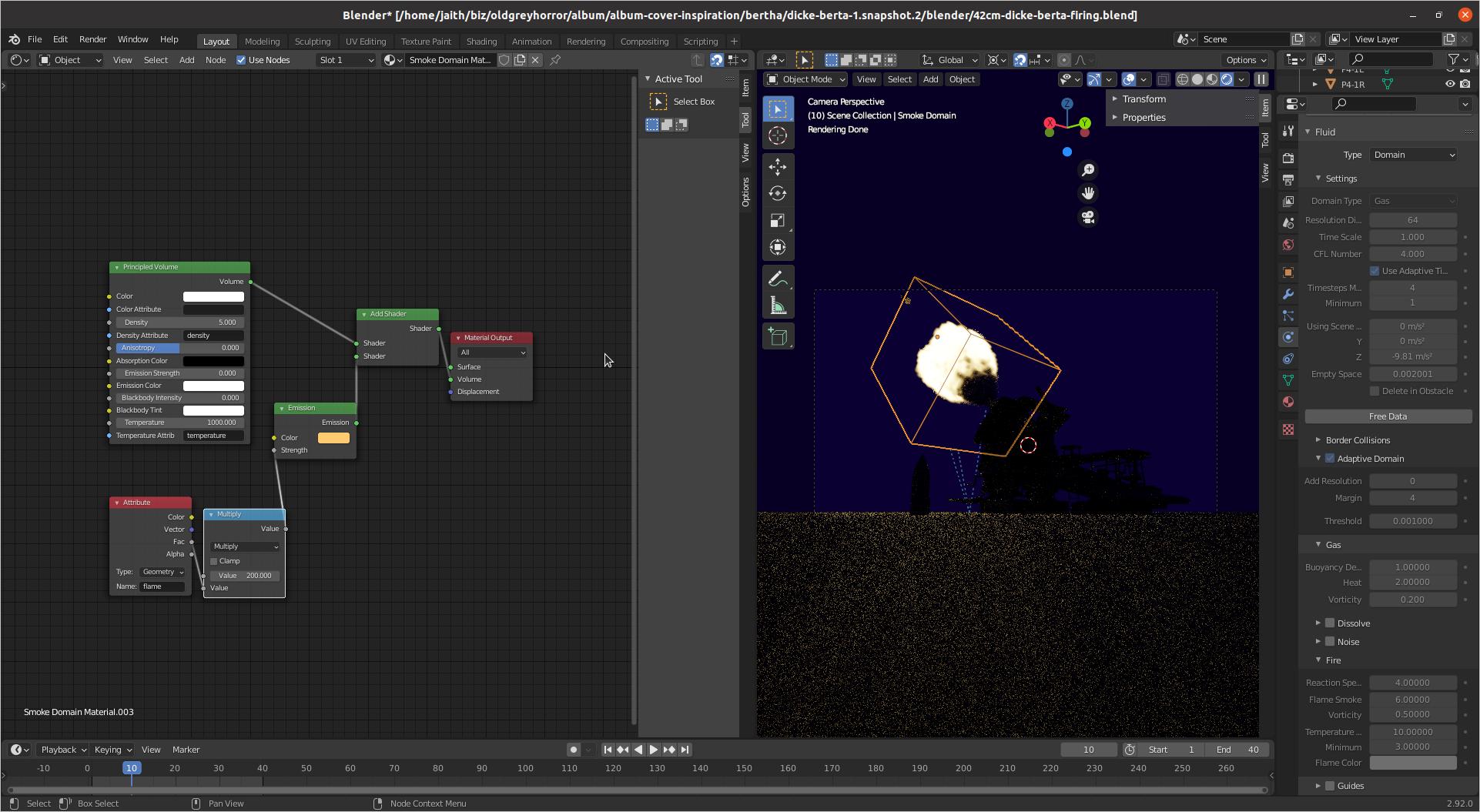 5
Need to understand how to show reflected light well with cycles
3
Rendering many overlapping parallel lights
0
Cycles Render: Light reflections black in render
0
Rendering smoke issue: How to get realistic smoke trails from particles?
2
Improved explosion: possible to nest smoke domains and apply them to mutually exclusive emitters?
1
need to hide the emitters light on the ground keeping the car's reflex