How to fix footage from green screen that's blocking volumetric lighting, but not the other objects

Hi, I'm using Blender 2.93. I have footage shot in a green screen that's been chroma keyed, and imported into blender with Images As Planes. It imports and plays fine. 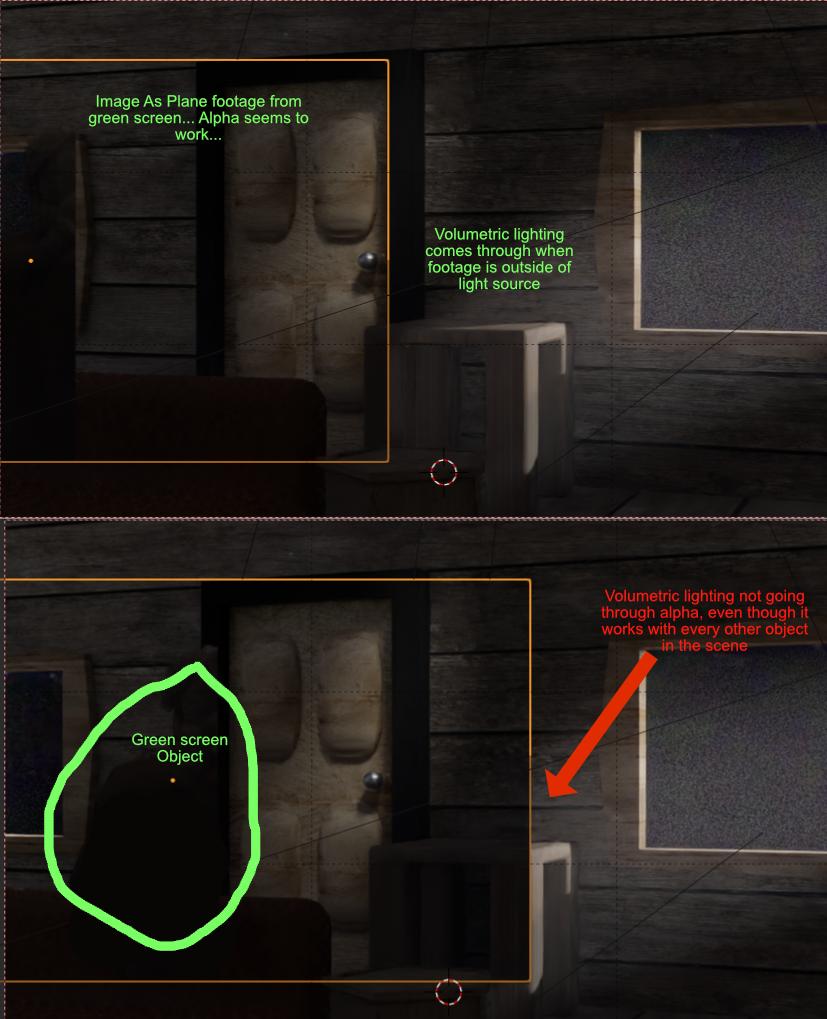 Why isn't this working as I'd expect?

And if anyone knows of a good VFX course / tutorial, I'd love to know it. I've already taken a few, but they've been very lacking on green screen and VFX info like I'm asking.

2
Objects not visible in other frames/window but all the objects are in the library
0
Blender Internal -> Rendering: Stopping surface materials of background objects from affecting volumetric materials of objects in the foreground
0
Keying node removing everything but the green screen
0
Why is my volumetric lighting shown in the viewport but not in the render?
0
Is there a camera exposure meter in Blender similar to a DSLR, so I can color correct outside of blender? All I see is a histogram
1
Green screen video has dark outline around object