We can use the numpad keys to constrain the Viewport Camera to specific orientations when viewing the current scene. Numpad 1 is the front view, Numpad 3 is a side view, and Numpad 7 is the top view. I recently became interested in getting a very specific view of the scene, and to do it, I needed to use some of the other numpad keys. After using a complex combination of Numpad 2 and Numpad 8 to tilt the view along one axis, and the Numpad 4 and Numpad 6 keys to tilt the view along another, the next step was to get my render camera oriented to the same view as the Viewport Camera, so that I could render this newly acquired view. No issues there. After hitting CTRL + Alt + Numpad 0 I was able to render the scene. The next step was to continue from where I left off, and further adjust the scene's view, moving it further in the same direction using the already relied upon numpad keys. That is where I ran into a curious and unexpected problem. Apparently, this can't be done, possibly due to some kind of a loss of UI focus. Once the Render Camera is selected, which it must be before it can be oriented to the same view as the Viewport Camera, it is no longer possible to make adjustments to the Viewport Camera using the Numpad 2, Numpad 8, numpad 4 and numpad 6 keys. That is, UNTIL one FIRST presses either the Numpad 1, Numpad 3 or Numpad 7 keys. This, of course, means that the meticulously adjusted view previously achieved is lost as the Viewport Camera snaps back to one of these more standard orientations. And that is not what I want. What I want is a way to continue from the existing Viewport Camera orientation as a basis for making further view angle refinements, with a way to take render snapshots along the way. But moving and selecting the Render camera makes use of the "non-standard" numpad shortcuts impossible afterwards.

What is the solution to this problem?

If you have a camera in the scene, and you use and of the commands that align your view with a camera's view, then the 'nudge' mode numpad keys (2, 4, and 8) are "locked out". To be able to resume using them you can use numpad 0 as a toggle.

In 2.93 and later you can enable the 3D Navigation built in add-on 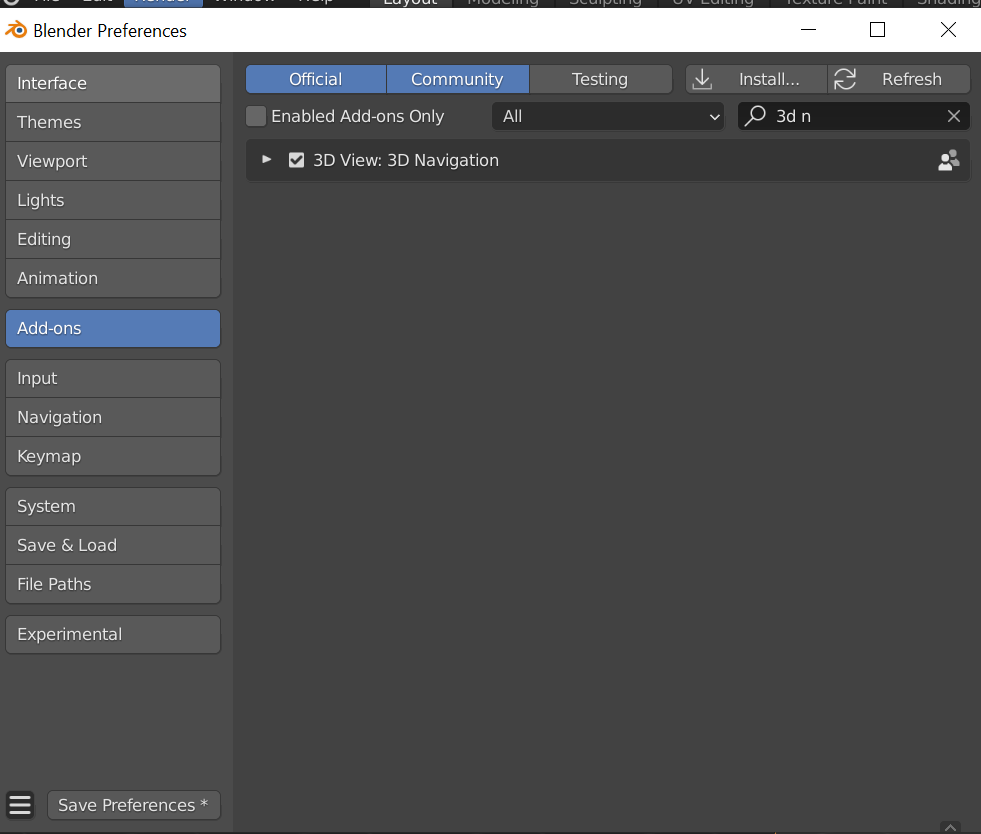 This adds the 3D Navigation tab to the View tab of the sidebar:

Here you can use the View Camera button to accomplish the same thing.

Not the answer you're looking for? Browse other questions tagged 3d-view interface camera or ask your own question.

5
Is it possible to view the scene in the viewport camera view at 1:1?
16
How do I make Front Ortho the Active Camera?
1
Do a full render for what I am seeing without changing the default camera?
1
How can I zoom without moving camera (also for render)?
1
How to move selected object exactly towards/away from the camera origin?