How could I setup a « video feedback » effect ? (camera filming its own output)

Someone asked me about a great challenge here: is it possible to create a « video feedback » effect in Blender; like this one:

I searched the web and found this:

But no real solution. Someone wrote a python script, but it has been done in 2015 for the Game Engine, so i’m not sure I could use it here : Render To Texture - Game Engine.

Another solution I see it to do it manually, but that is quite long/boring to do! I can't imagine rendering an animation manually like this...

Back plane is a "screen", bottom and right planes are mirrors. 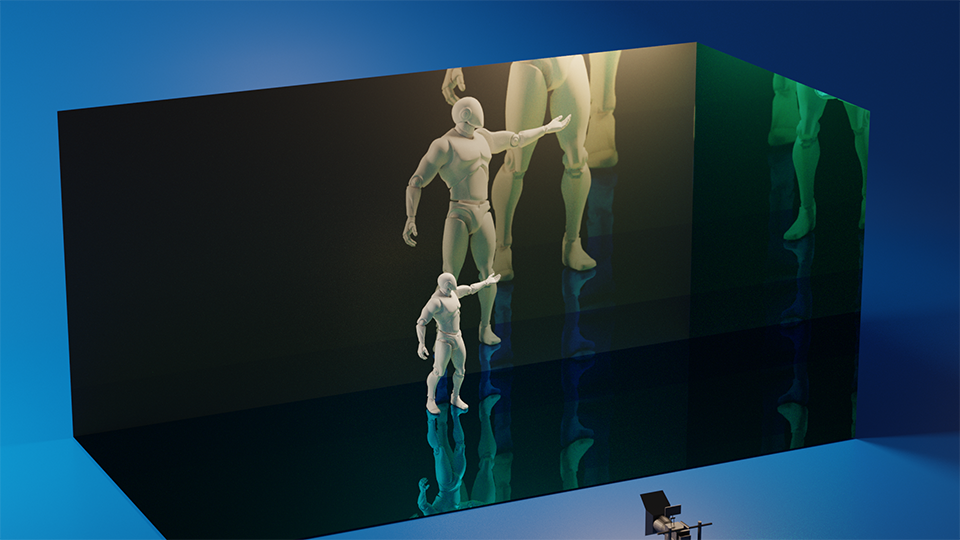 So, is there a way to script this or is there another way to achieve it ?

You mentioned doing it with multiple renders. This can be optimized beyond what you imagined (but still requires 3 images, in 2 separate renders, for every frame). 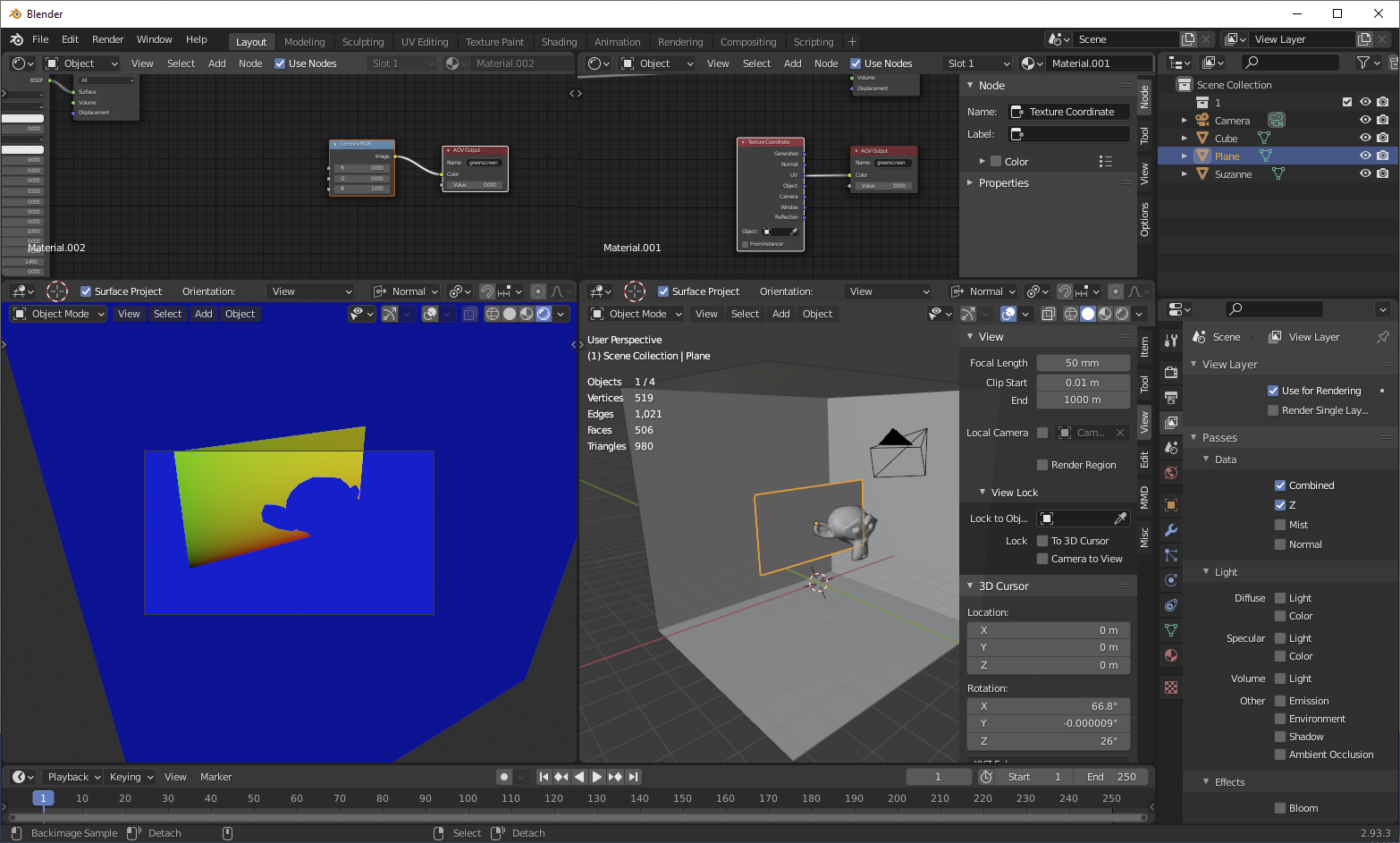 Now let's set up our screen material in a little more detail. We haven't worried about it yet, because we'll be replacing it: 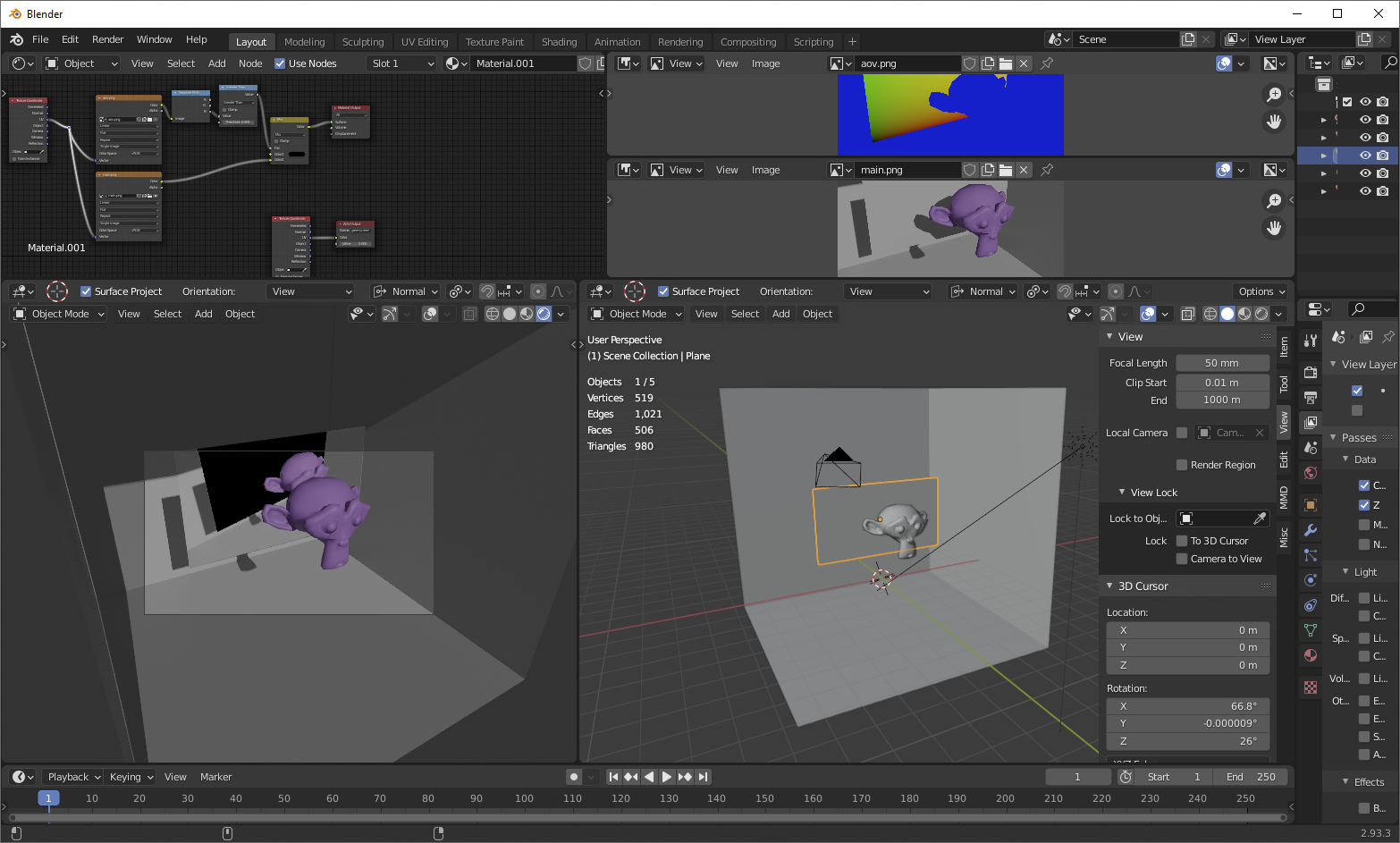 Make sure you understand what we're doing here. We're using the screen's UV to look up both renders. If and only if the AOV render is blue, we mix in the color from the render. This is our first pass. Now let's make a node group out of it: 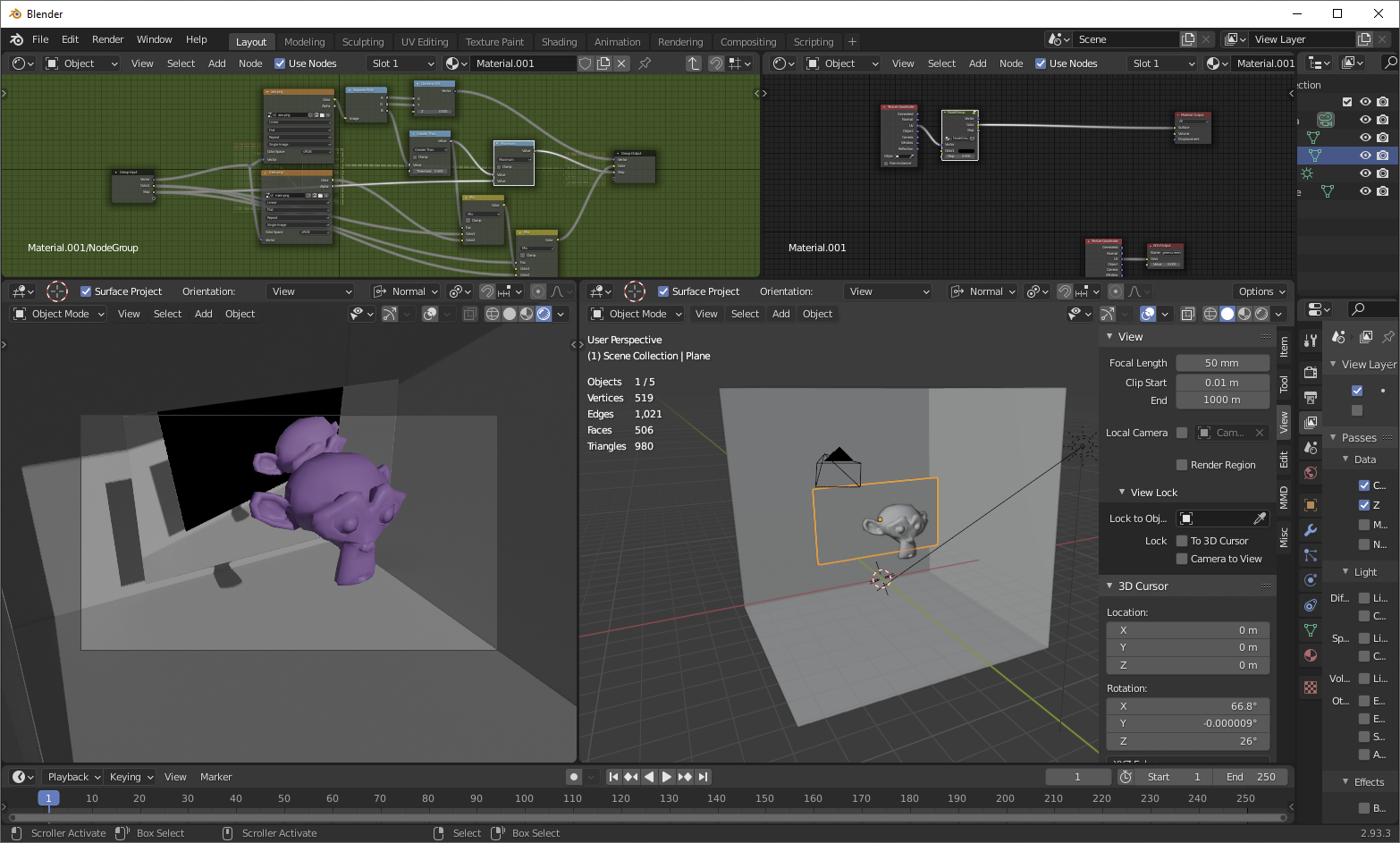 I've added a few details to this node group, so it needs some explanation. I've given it a vector output, which is the RG lookup from our AOV render. I've created a "stop" input, which mixes us back into our original color if it's set. And I've created a "stop" output, which is set if either our stop input is true or if our AOV lookup reads Blue. Notice that the inputs and outputs and now perfectly parallel. That let's us do this: 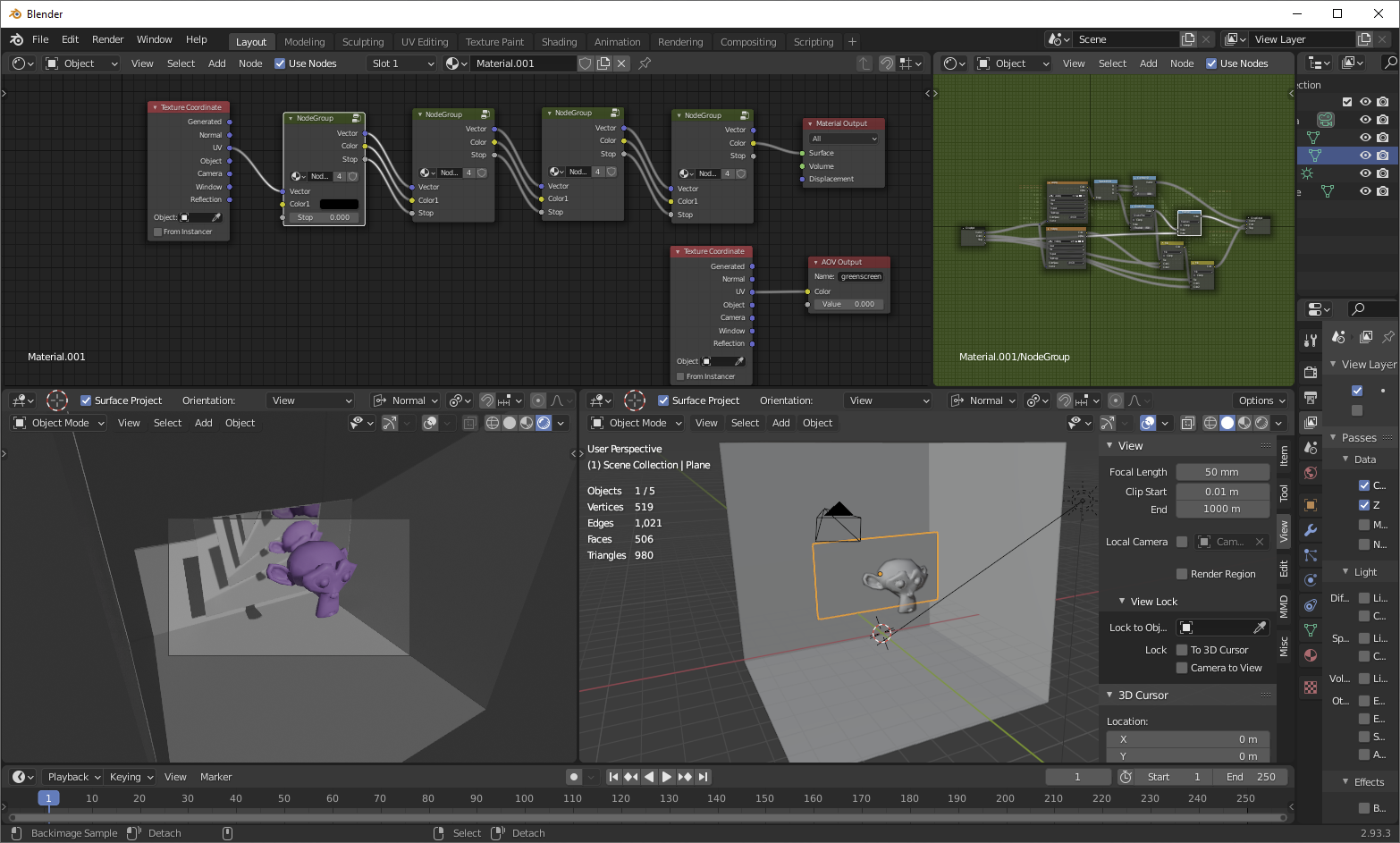 By chaining the node groups together, we can dive as deep into the render as we want, without making any new renders. Here, I'm doing 4 iterations. Unfortunately, there is no right number of iterations, and you can't do infinite iterations, but at least it is very simple here to add more iterations as needed.

Note that there isn't any kind of antialising going on. I'd recommend that you render your AOV at a higher resolution than your final render to compensate. This should be easy enough because you can render your AOV in Eevee, with 1 sample, so the AOV is a very fast render.

Not the answer you're looking for? Browse other questions tagged python rendering camera loop or ask your own question.

3
Color faces based on world space normal
0
Automatic reuse same-property materials
5
Use the view from other cameras in the scene as VideoTexture in Cycles
3
How to use blender for reinforcement learning? How to control camera movement and save the rendered images that the camera captured?
0
Why is it when I render I Get a blank grey screen