How to select all related objects?

For example, there is cube that have boolean modifier with sphere object and sphere object also have union boolean with torus, and the cube also mirrored with empty object as origin. 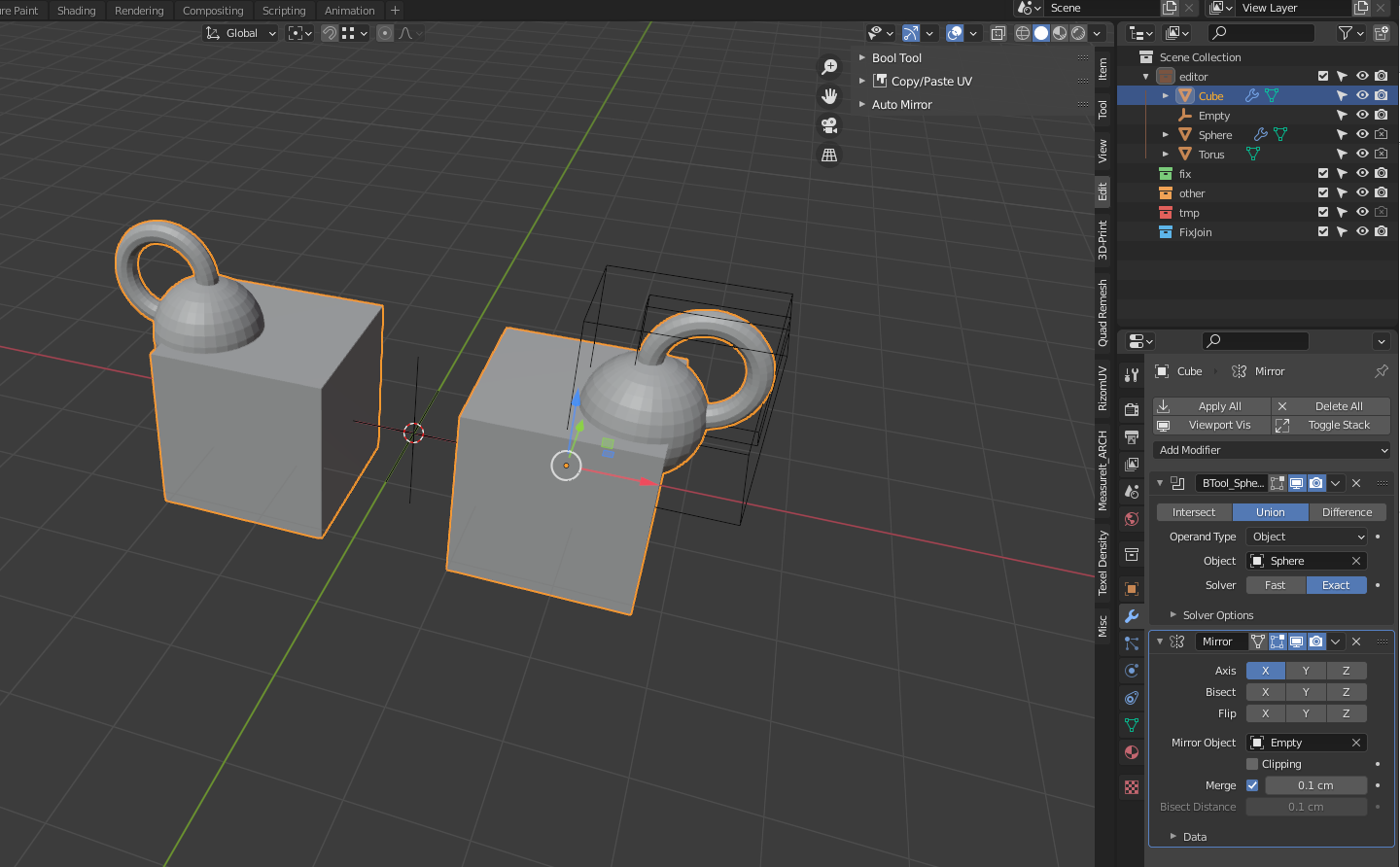 The question is, how do I select the whole related object on the cube quickly? Is there anyway to do it automatically? A script or add-on is fine.

Addtional info: If you only select the cube then copy it by pressing ⌃ Ctrl + C the whole related objects will also copied.

Then, if you paste ⌃ Ctrl + V the whole objects will automatically be selected, this selection method is what I meant.

I don't think you're going to get a complete script for this, and no the function doesn't exist in Blender by default.

The basic function is easy to design and here it is in pseudocode:

This is a common pattern when you are walking a tree but only need to know the names of the nodes. Every time it encounters an object it hasn't seen before, it adds it to the list of objects it needs to process (to_examine). Whenever it wants to process an object it removes it from that list.

Each time it finishes processing an object it remembers the object by adding it to the examined set.

At the end, every object that is related to the original object is in the examined set.

The real problem is EACH_OBJECT_RELATED_TO_OBJECT. You need to evaluate every aspect of the original object, like parenting, children, modifiers, et cetera, to see if that aspect turns up an object.

But that code is tedious to write, and very fragile. For instance, here's a tiny fragment of code to find the objects related because they're in a modifier:

That happens to handle the two modifiers in your object, but to be complete, there needs to be an if for every modifier type, that either does nothing, because the modifier doesn't use another object, or returns the modifier's object, and every modifier that has an object identifies it through a different property.

So the final script would be full of functions to identify modifiers by type, constraints by type, et cetera and return any objects used by those pieces.

Not the answer you're looking for? Browse other questions tagged python scripting objects workflow selection-tools or ask your own question.

1
How to select two objects add a boolean modifier and enter name for object to be unioned
3
How to prevent selection of other objects while in edit mode
1
How to rename all text objects by individual text content?
0
Animation Nodes: Copy a selection/group of objects
1
Why two objects behave like one?
2
How to merge all vertices by distance and remove all inner faces?
2
How to select all objects from different Collections or Hierarchies?