How to make all faces convex?

Assuming I have a model with several n-gonal faces, out of which some might not be convex polygons, what can I do to make blender split those that are concave to make sure all polygons are convex?

I know about the "Triangulate" tool, but is there something that only splits the faces if they're convex?

Added screenshot clarifying what I need: 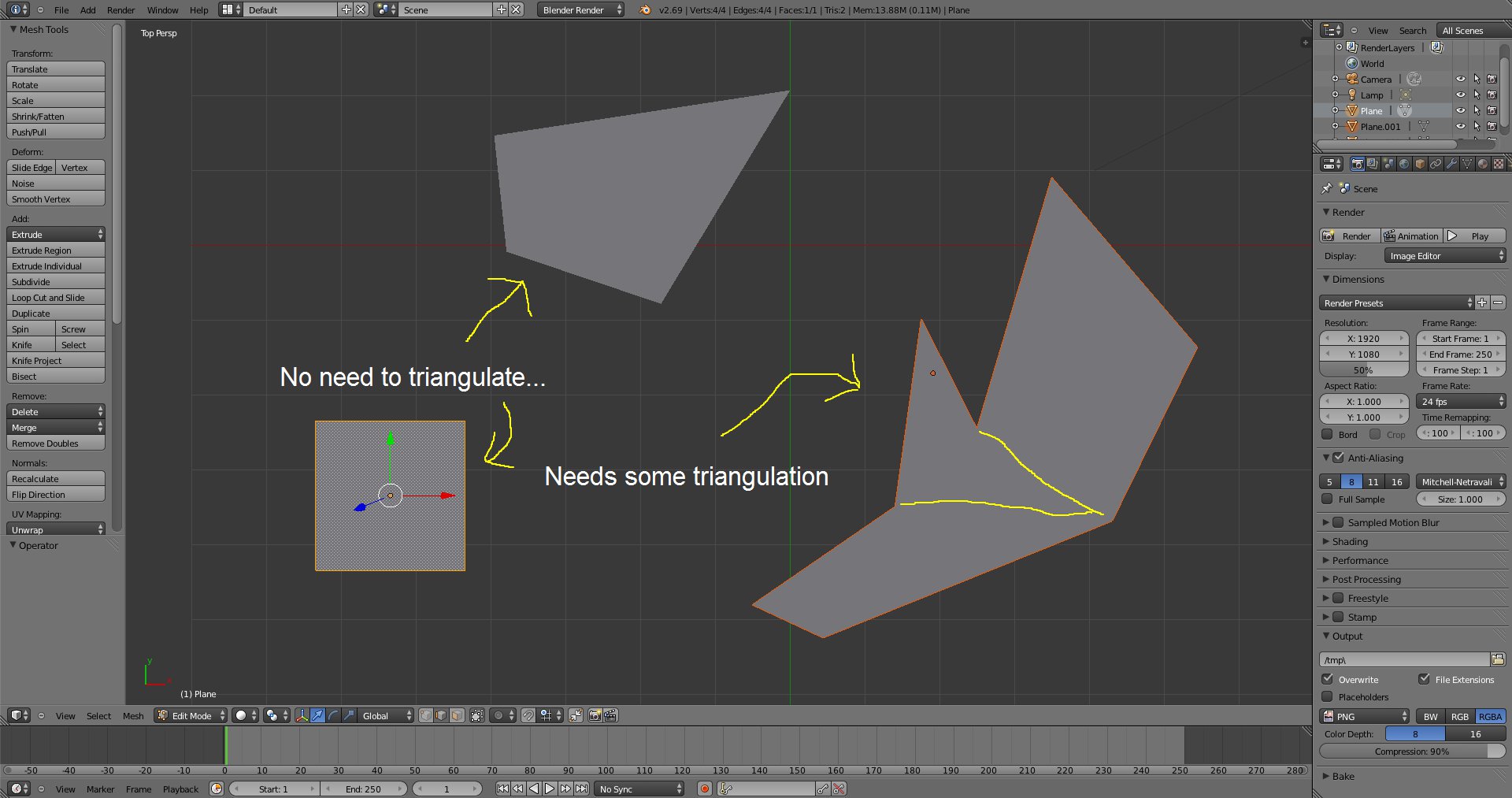 So again: I need a tool that lets me select it all, and then subdivides the concave polugons into only convex ones.

Blender 2.75 now has a feature a tool to perform exactly this operation.

You could use Select > Select Faces By Side, set Number of Vertices to 4 and change type to Greater Than. This will select all ngons, from there you can safely triangulate. As an added bonus, if the ngon has a large number of even sides, you could even run a tris to quads operation after if you want to have that clean flat topology.

3
UV unwrapping of complex possibly concave polygons
0
All faces duplicated
0
How Can I Select All Inner Faces of a Current Selection of Faces?
3
should the polygons of a model be squares/rectangles?
0
Extrude multiple faces, stopping at intersection
0
Problem with seamlessly fitting objects together