I'm trying to make a group of foreground objects transparent as a single entity, where they occlude each other like solid objects and then have transparency applied after, instead of each individual one having its own transparency.

There is an option in the material settings called Show Backface, but that only works for single objects. Is there a way to apply this effect for a group of objects? Merging shouldn't be an option as the foreground may also contain rigged characters and such. The objects in the screenshots below are only to demonstrate what I mean.

Is something like this possible? Compositor solutions are also welcome.

Transparency of each individual objects, not what I want. 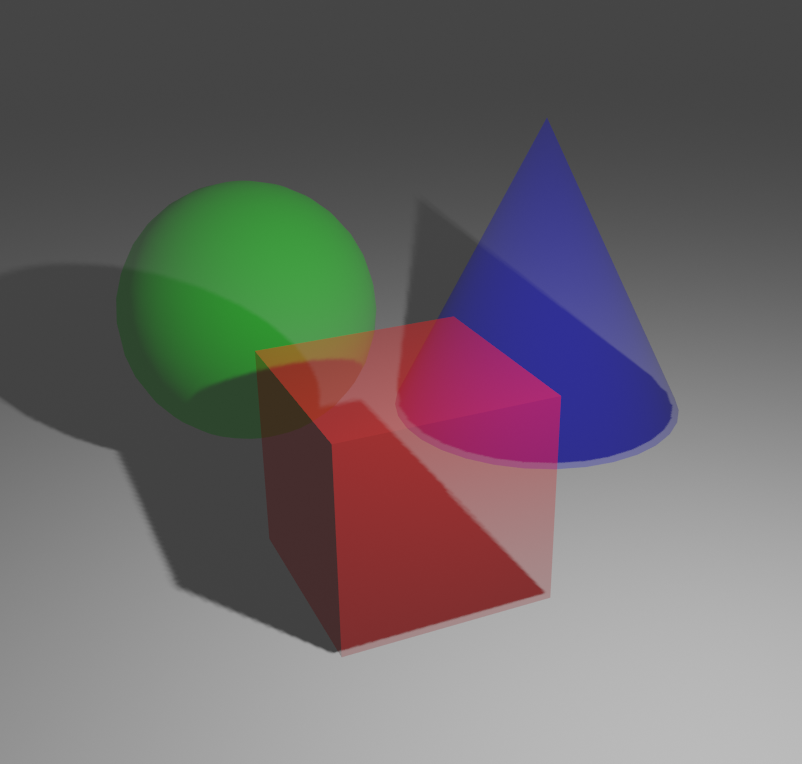 Transparency of a group as a whole, I want this. 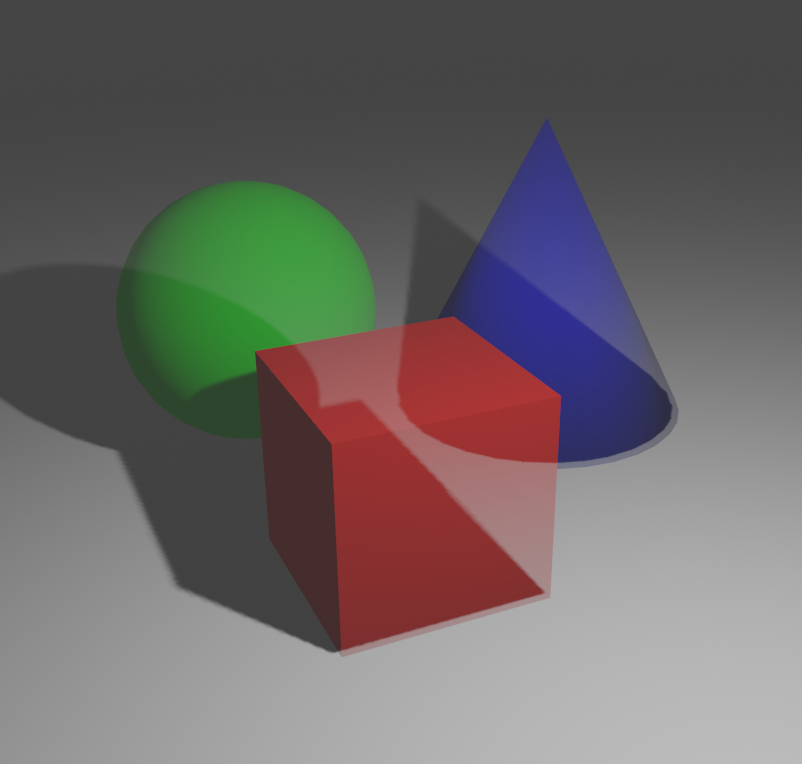 The trick here is Alpha Blend mode in material. Objects with Alpha Blend are not visible for Shadow pass ... technically Im not advanced in this area to explane WHY ... I dont even know if it is bug, missing feature or intended ... it just works like that. So if someone has an explanation for it - please dont hasitate to edit my answer (or create a new one). 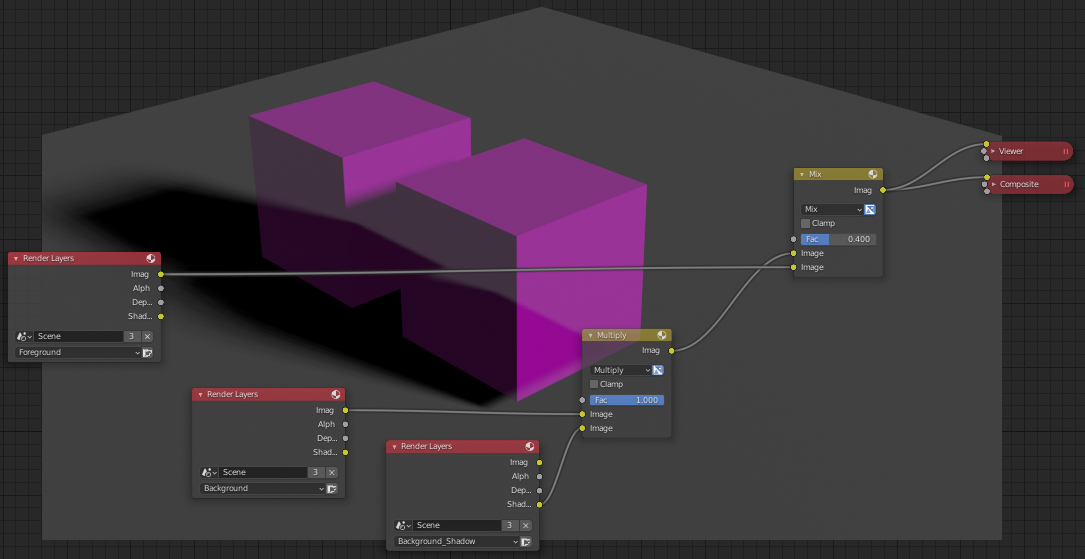 It is still a mistery how this result can be helpful, but I guess that is what you asked for :)

Under Outliner > Filter enable Holdout and Indirect Only
and use them in a way as shown on screenshots for each View Layer ... 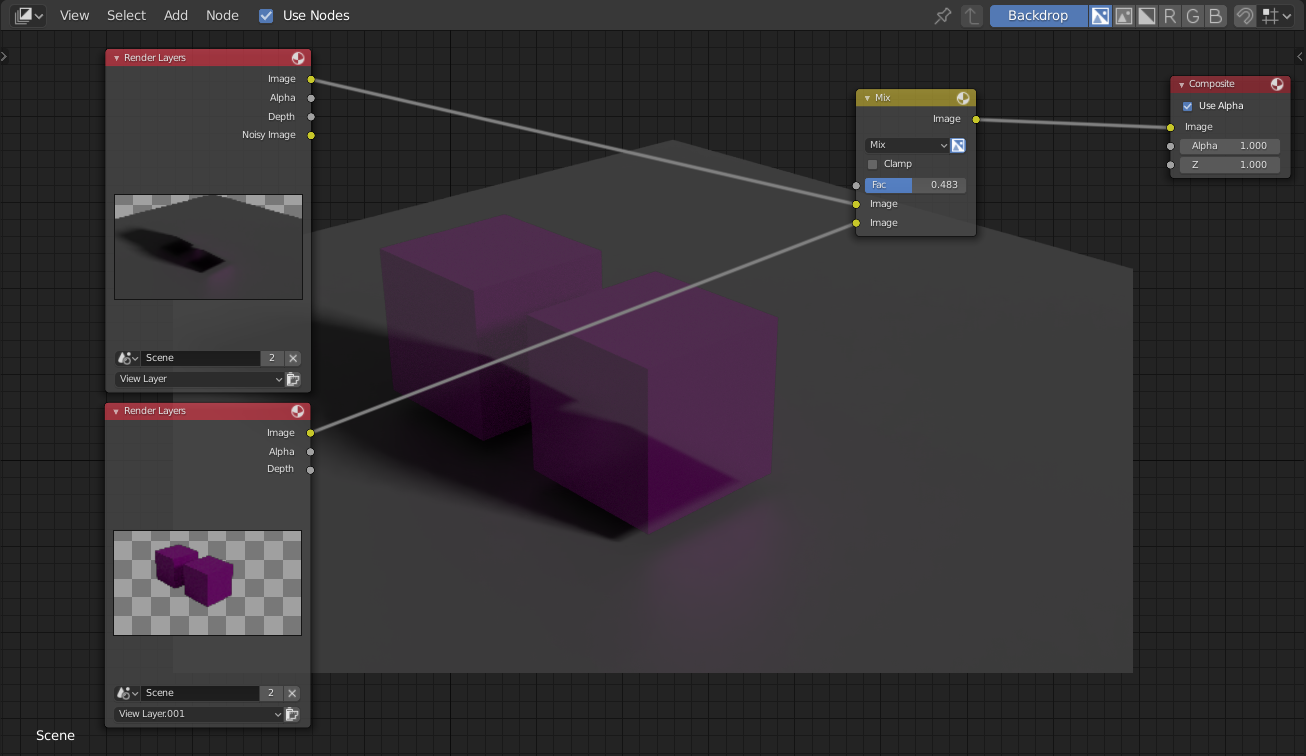 Not the answer you're looking for? Browse other questions tagged materials eevee-render-engine transparency compositing-nodes or ask your own question.

2
Transparency/Masking : See through an Outer Sphere and see Inner Sphere in true colours
1
Render Glass like materials with Alpha Channel to composite in external app
4
Fade distant geometry into the background (EEVEE)
1
Blender 2.82 Parts of solid (opaque) objects in cycles renders are slightly transparent in photoshop