Does the compositor have a node that will let me switch between images containing alpha channels?

Maybe I am missing it but I can't find a compositor node that simply lets me switch between 2 images including the alpha channel based on a factor.

It is easy enough to use the Mix node to switch the non-alpha channels. But I can't get it to switch the alpha channel. It seems to be able to give me only either the alpha from titleA or titleB or some combo of the two. Alpha Over doesn't seem to do this either.

Here's the simplest version of the setup I've tried. I'm using a Value node to change the factor between 0 and 1. Here it is with 0: 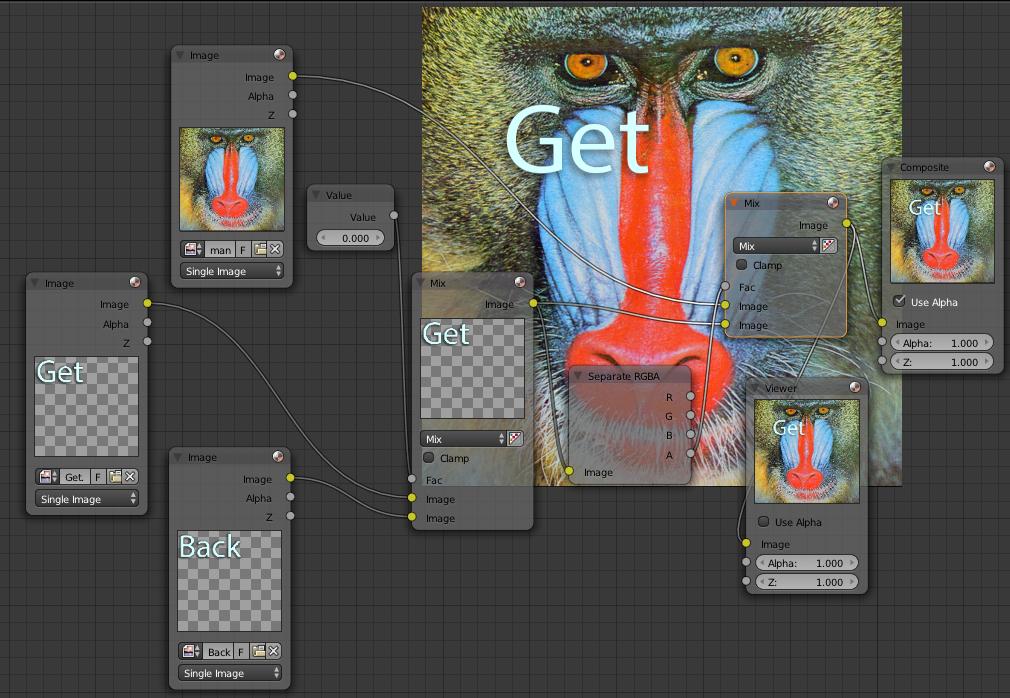 Here it is with the factor 1: 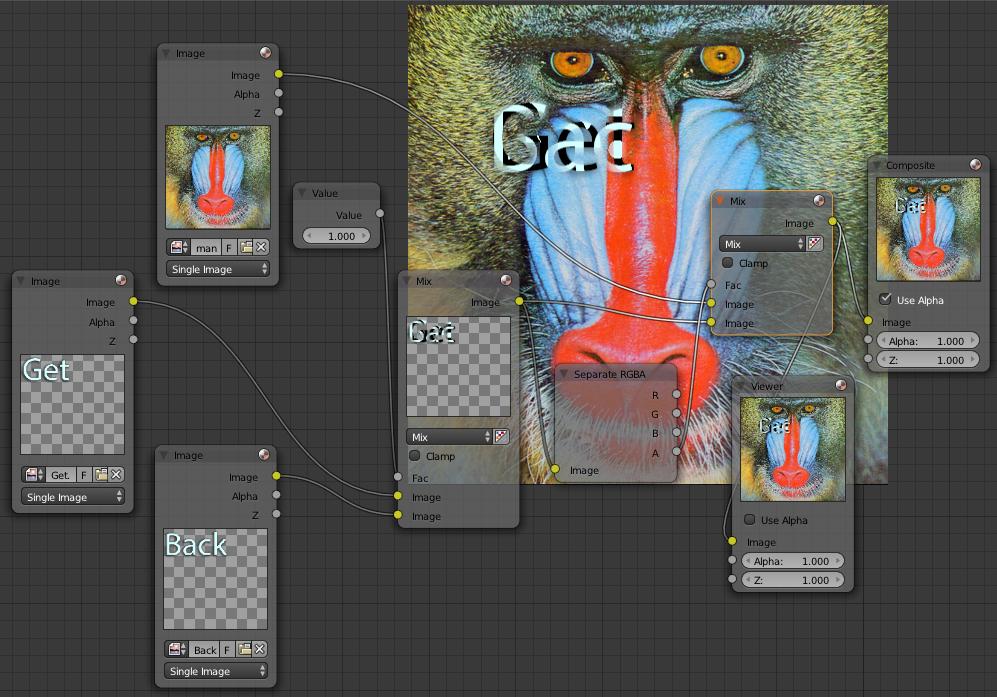 Note that the alpha channel from titleA is being used instead of from titleB.

This is the crux of the problem. The Mix node outputs the alpha channel of only one of the inputs here. It doesn't switch them like the image.

Also, note that in my real project I have a cascade of titles that I sequence using a Time node and Math(Greater Than) nodes.

I do have a workaround for this where I create a parallel set of Mix nodes just for the alpha channels. That works. But as I need to do a much more elaborate version of this with time curves, etc., I don't really want to have to maintain duplicate networks for alpha channels.

Here's what I came up with: Stripping the Alpha channel only to recombine it later using mix nodes. Changing the Value node does the switch:

If you group the nodes it becomes simpler to combine multiple instances; 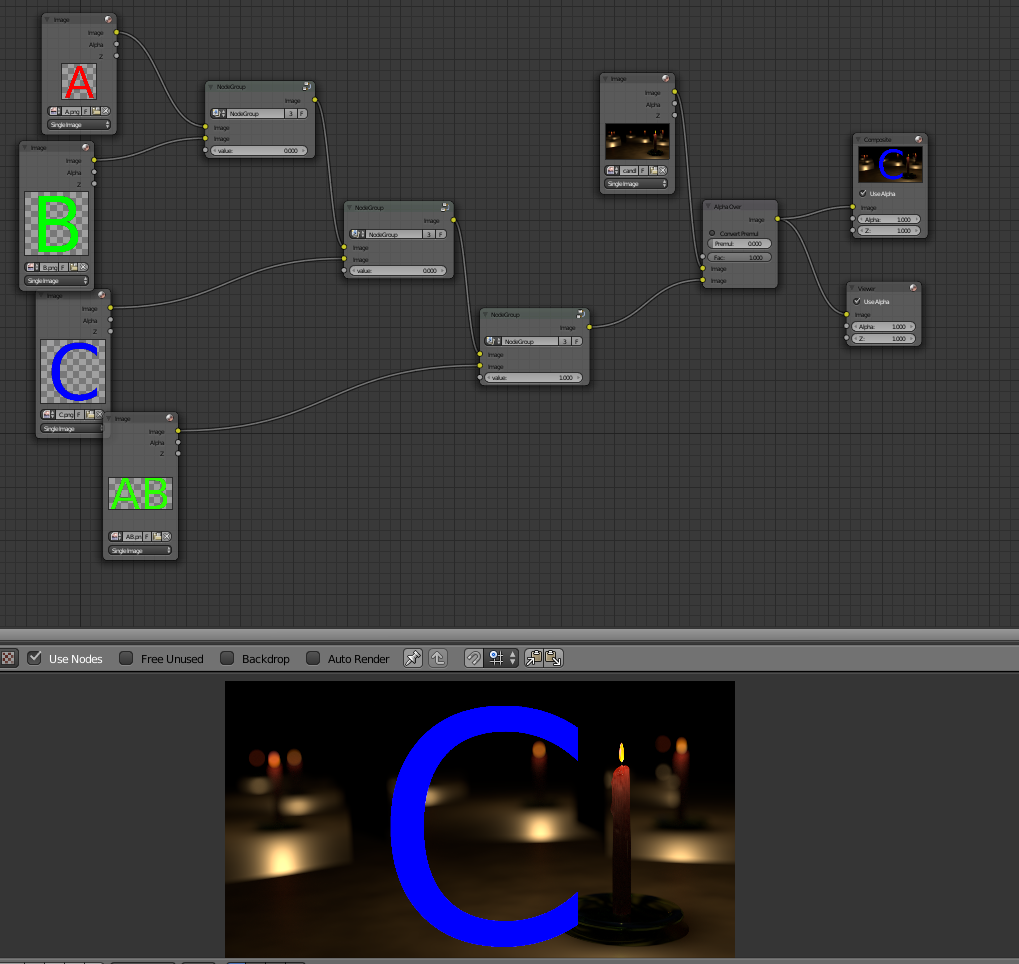 Not the answer you're looking for? Browse other questions tagged animation compositing-nodes or ask your own question.

3
Removing alpha from PNG image with set alpha node gives pixelated result
5
Overlay image sequence onto a video?
4
Keying node in compositor. How can I associate the alpha channel so that it works with the Alpha Over Node?
2
How to make overlayed composited images stay intact while changing render resolution?
2
Disable premultiplied alpha on the File output node
0
Compositing: Can I have multiple masks in one composite?
2
UV mapping node in the compositor. Why can't I subtract some pixels from the alpha channel with a mask?