CONTEXT : I'm building a website where users can upload many files. [WEB SERVER, no gpu]

WHAT I WANT : that an uploaded .obj => render an image preview as a .png

WHY : to manage a library of multiple files so the image is to have a preview, imagine a multimedia library like google photo, but with videos, audios, photos, 3d files (with their thumbnail), ETC.

SEE HOW I SUCCESSFULLY INSTALLED BLEND + RENDER .blend TO .PNG ON LINUX : https://almalinux.discourse.group/t/how-to-install-blender-3d-withtout-snap-and-without-a-desktop/526

QUESTION : is it possible to invoke from the command line (linux web server without a desktop...) to create a new .blend and import a .obj or .fbx into that new .blend and than I can do my render?

WHY THE QUESTION : the command "--render-frame" accepts only .blend so the only "missing" stuff I need is to convert a .obj or .fbx from the command line (shell or python script) to convert to .blend

when I TRY this

when I do the same command with a .blend it's working fine see this. This image was generated from a .blend via a linux COMMAND LINE (shell) without GPU, without desktop 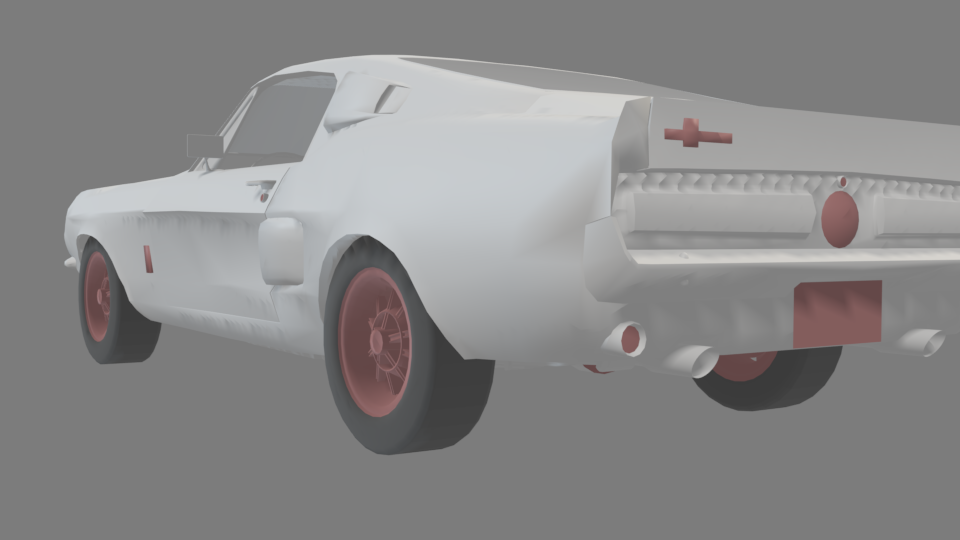 One way would be to write a Python script that reads the Blender command line to find the obj file and then invokes the obj importer, and then creates the render.

You would invoke the script with a command like

See the answer to this question for info on how to parse the command line from python.

The command to import a obj file is

so you might want your script to parse options to set the forward and up axis.

You will then have to set up the scene by adding lighting and a camera. That will look something like:

I've left out a lot of detail, like camera and light placement, as well as setting the resolution and there are other things like render.filepath that you might want to take from the command line. I completely skipped adding materials to your object, by the way.

But it'll point you in the right direction.

FROM OBJ TO .BLEND

I concocted those (working yay)

66
How to pass command line arguments to a Blender Python script?