I am attempting to simulate neon inside a glass tube (a real neon light and not those florescent ones), and am having difficulty making the innermost portion of gas look brighter than the outermost portion. This is real neon. You can see that near the sides of the tube, the light is dimmer. That is not an illusion caused by glare, although the glare amplifies it. I have seen it up close, though, and inside the tube it does fade toward the edge. 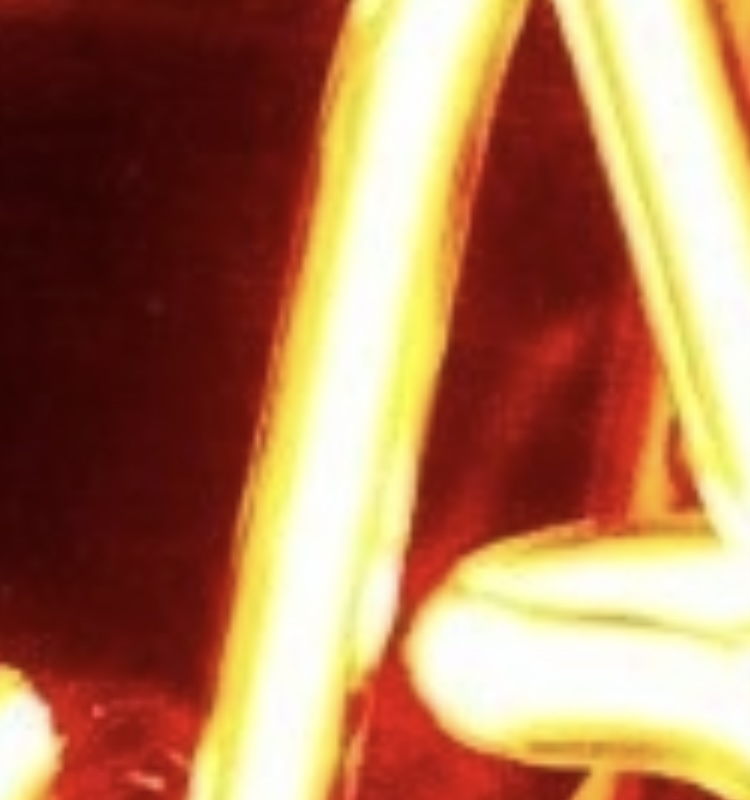 …and this is what I have (yes it’s too dim, but I want it on low power for now). The neon is just plain Jane emission volumetric, and it of course does not fade near the side of the tube like real neon does: the edge is hard, as if I stuffed the tube with glowing paint instead of gas. There is a bit of fading, but that’s done with compositing via glare, and isn’t realistic enough for me. 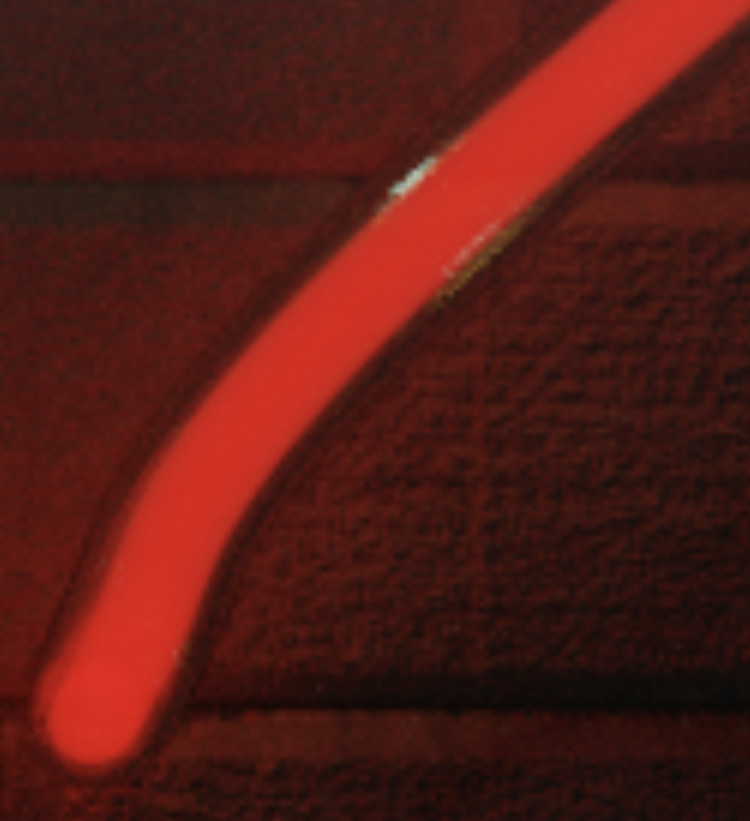 The structure of this is two identical curves, both beveled, one larger than the other, and that larger one has a solidify modifier on it: A properly walled glass pipe is around a solid tube of neon, with some margin in between (that vacuum margin is not there in real life, but the neon probably won’t glow there anyway).

I have decided that if I can compare the incoming camera ray to the normal of the neon "gas" tube (not the glass), I can use that to control the emission strength: The greater the difference/angle between them, the dimmer the neon should be. This may not work on the flipside of the neon as the ray exits...

This solution probably comes down to a dot product, but there may be other solutions. Leave your suggestions in the comments! :-)

Much the same method as yours.. A geometry-bevelled curve for the glass, with a Solidify modifier to make it a tube. A duplicate of the curve, with a smaller bevel, for the gas.

The gas uses a the 'Facing' output of a Layer Weight node to make the mask shown on the left, below, to mix between a Transparent and Emission shaders as shown on the right. 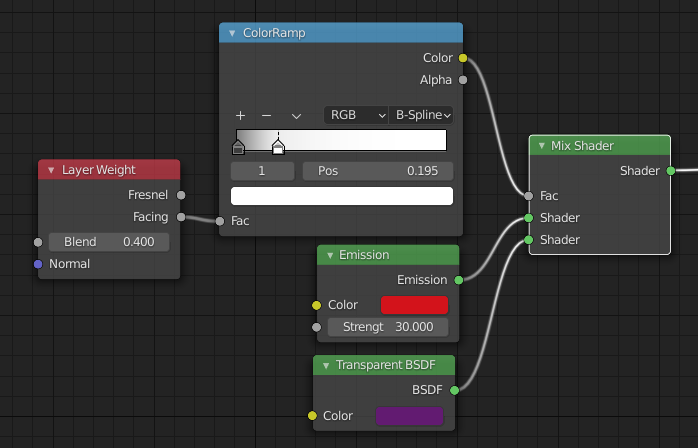 ..but it still takes a fair bit of tweaking to make it feel 'gaseous'.. 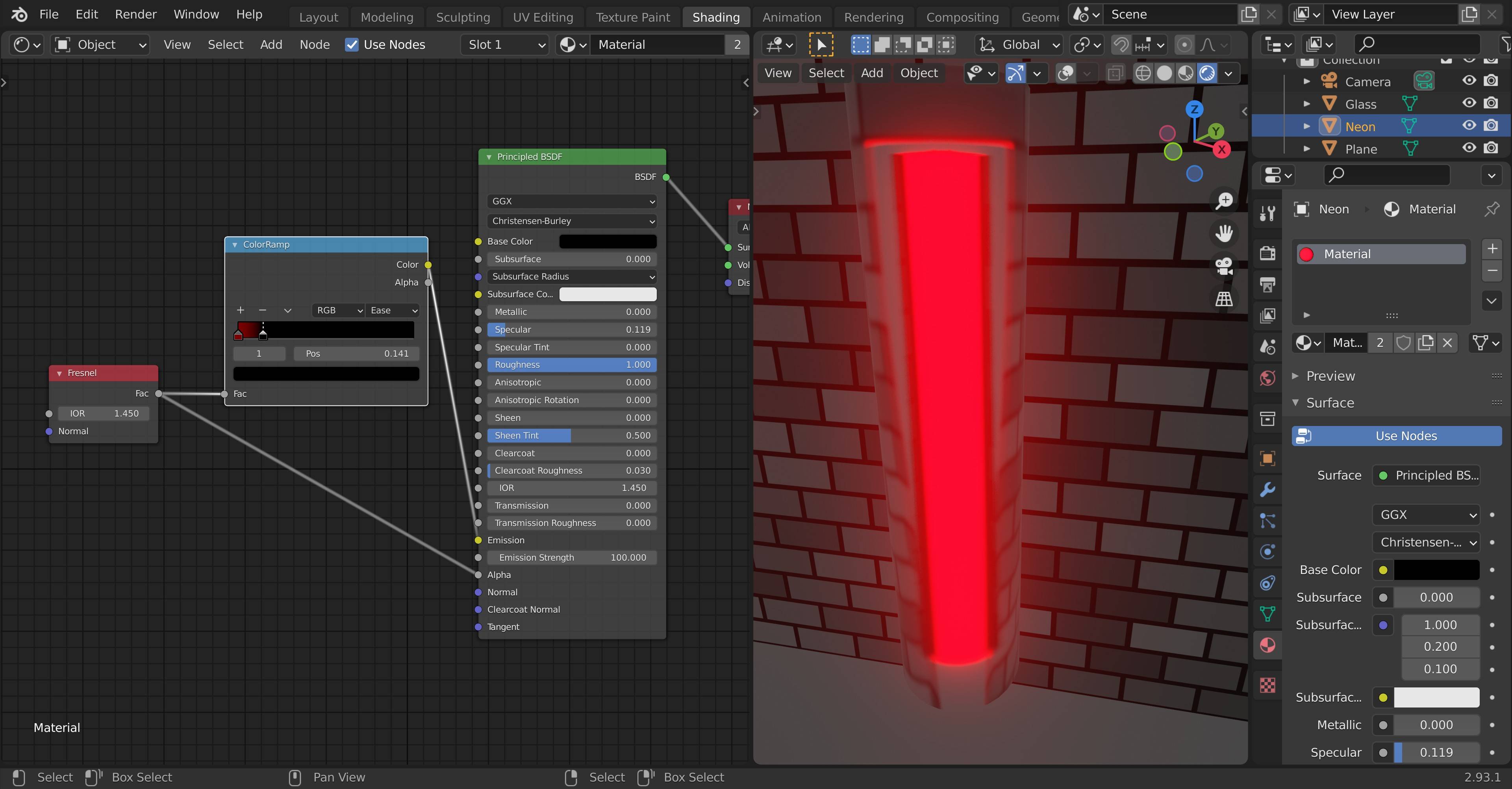 Although I think the Fresnel and Layer Weight solutions are probably the natural way to achieve this in Blender, I thought @TheLabCat's original intuition was interesting enough to want to try to produce directly in shader nodes:

I have decided that if I can compare the incoming camera ray to the normal of the neon "gas" tube (not the glass), I can use that to control the emission strength: The greater the difference/angle between them, the dimmer the neon should be. This may not work on the flipside of the neon as the ray exits...

First, here's an example of how this turned out in my quick test: 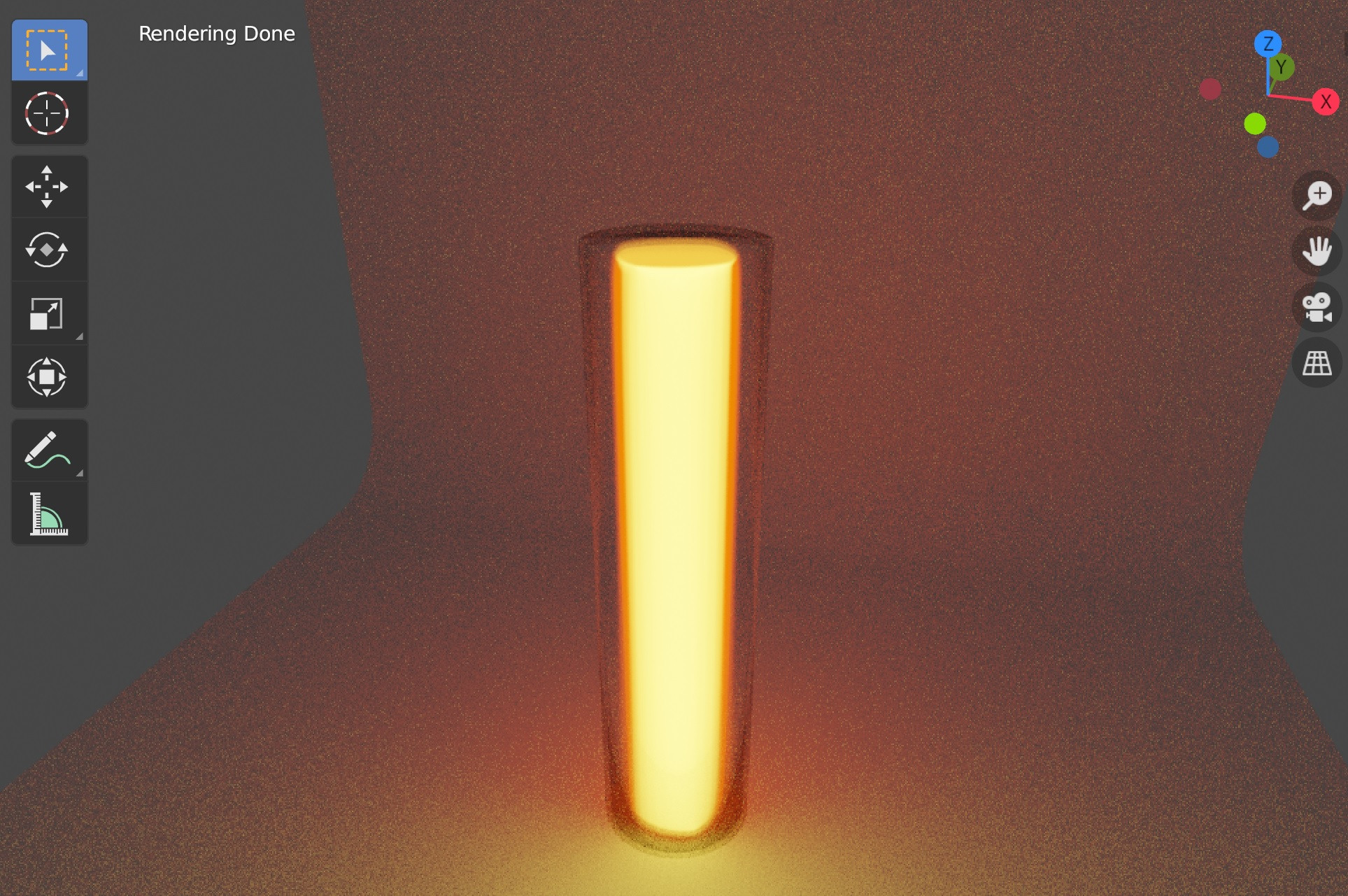 And, second, here's the primary node system for computing the inner tube's shading, based on direct calculation of the angle between the incoming camera ray and the normal as arccos( [c \dot n] / [ ||c|| ||n|| ] ), where c is the camera ray, n the normal, arccos the usual inverse of the usual trigonometric cos function, and || || is the Euclidean norm (corresponding to Blender's Length operation in Vector Math nodes):

The Frame labels explain what each of the major operations here is doing. The arccos expression used is just the result of solving the "geometric definition" (which is the equation a \dot b = ||a|| ||b|| cos(theta), for theta the angle formed between the vectors a, b) of the usual vector dot product for the angle between the two vectors. The definition can be found on wikipedia, for example, here, as of the time of this answer: https://en.wikipedia.org/wiki/Dot_product#Geometric_definition

Maybe I should also add that the Map Range in the right-most Frame is used to convert from the range of arccos (which is [0, pi], in Blender's implementation) to [0,1] (which is more useful for using as a mix factor), and that the Vector Transform from Camera to World coordinates in the left-most Frame is really, really important (took me about thirty minutes to realize not having it is was why nothing was making sense visually!).

I'll note that I didn't put any real effort into the outer tube's "glass" material; I've just used a mix of a Glass BSDF and Transparent BSDF here. Improving it might improve the result. Also, neither of these cylinders is beveled; I concentrated on just the materials.

Not the answer you're looking for? Browse other questions tagged cycles-render-engine volumetrics photorealism or ask your own question.