I've tried multiple times to get clouds into Blender. However, my scene has too many vertices for it to handle objects with multiple subdivision modifiers. I thought that, as an alternative, I could use a texture to tell Blender which parts of the volume were transparent and which parts had volumetric scattering.

However, when I plug my test shader into volume, I get a half transparent, half emission shader instead, though it works fine for the surface. I've tried using the Texture Coordinate node for the texture itself -- it did nothing. 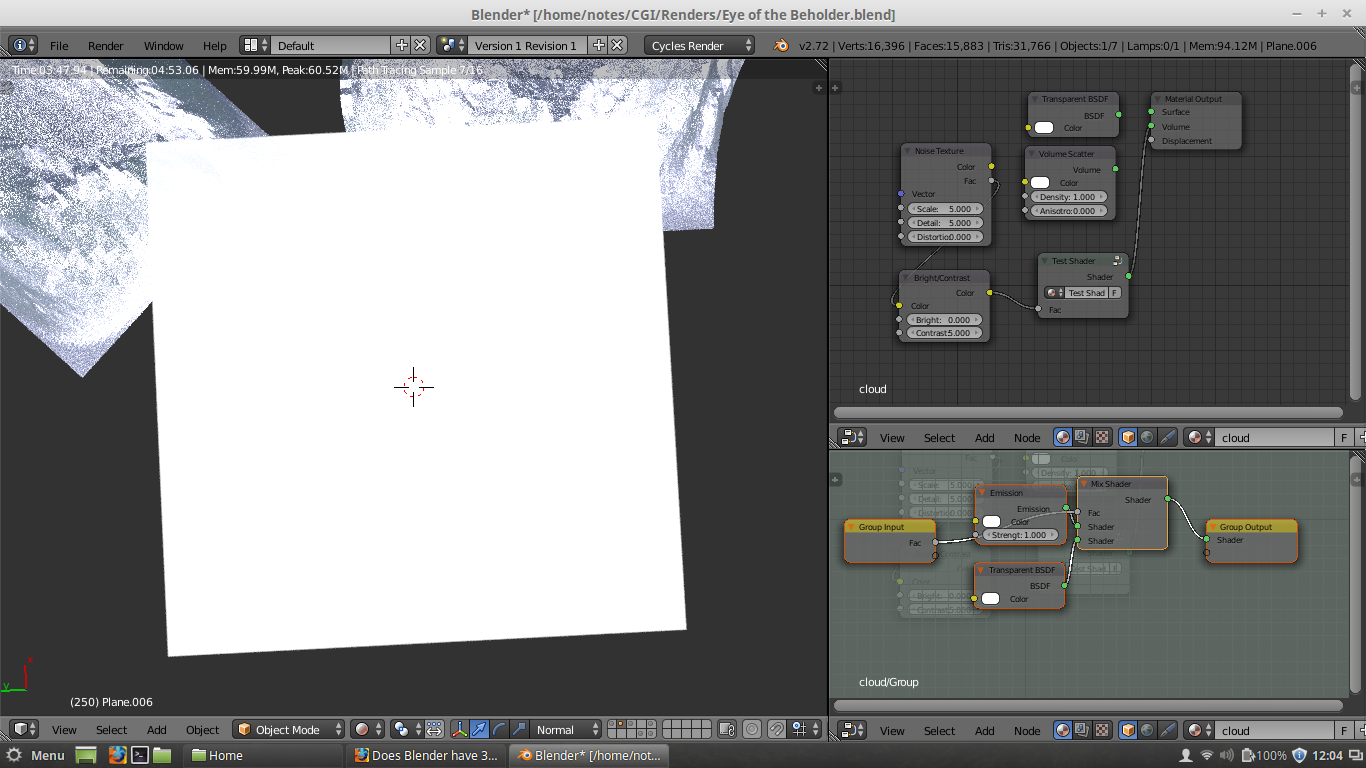 So my question is: How can I tell Cycles to use textures as a factor for a Mix Node, or how can I generate a 3D texture from a 2D procedural ,and use that in Blender? (And sorry about the extra stuff included in the screenshot. GIMP has weird exporting issues right now.)

Sure you can use 2D/3D textures with volumetrics.

All procedural cycles textures will be 3D and you can use them for example like this: 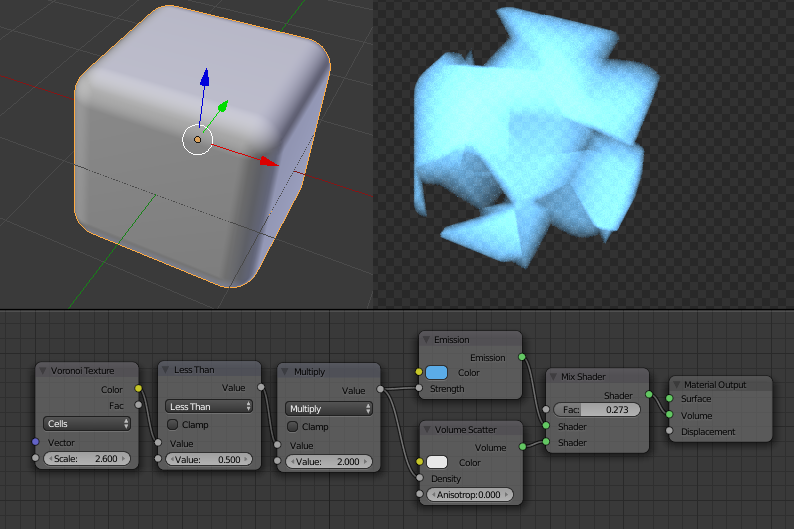 Or you can just project 2D textures on your mesh too, this is the same cube with some mask: 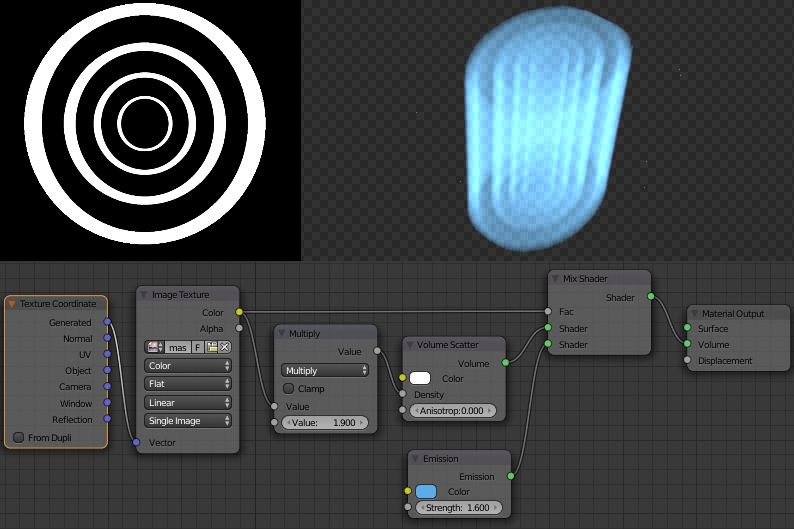 Not the answer you're looking for? Browse other questions tagged cycles-render-engine texturing volumetrics or ask your own question.

8
Is it possible to convert a procedural texture into actual geometry?
9
cycles volume rendering 3D image texture (CT or MR dataset)
4
Volumetric gradient based on density?
5
Creating a texture and normal map from a 3D model / scene
3
3D Volumetric Planetary Clouds in Cycles?
0
How to make 3D volumetric textures in Blender?
1
3d Textures from Flat texture

18
Voxel data in Cycles
1
cloud generator add-on with cycles
6
Volumetric Spot Light with Cycles
3
Rendering many overlapping parallel lights
1
How to create volume scattering material not throwing shadow?
0
Transparency showing up as black when blending with other transparent objects in cycles
7
How to create high altitude clouds? (cirrus and cirrocumulus)